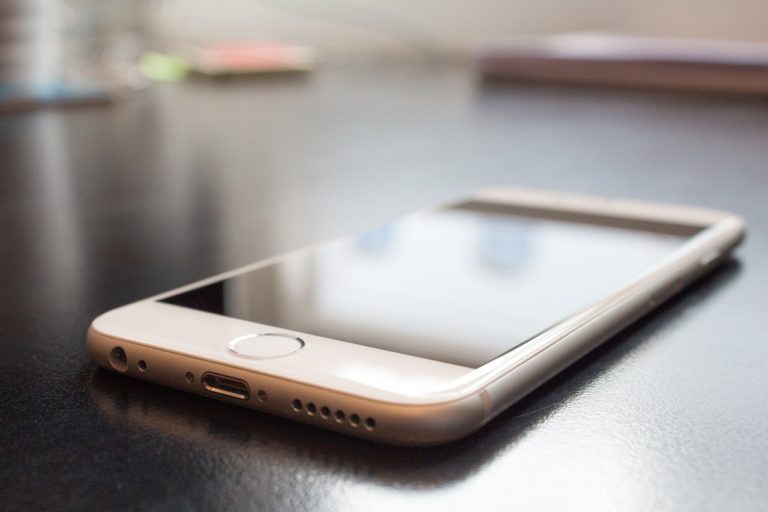 It’s not limited to us mystery readers: Everyone likes a good mystery, right? And with all the new TV series coming out featuring cool detectives, we thought we’d put our detective hats on and track down some of the best crime-solving apps on Apple Store.

So, grab your magnifying glass and deerstalker, for we about to go on a rip-roaring adventure through a portable universe of deduction, crime solving, and pointing your finger at the murderer in a grand sweeping gesture.

You’re a gumshoe trying to solve a ridiculous murder in a swamp. You point-and-tap through a series of puzzles and bizarre encounters with the eccentric locals.

Detective Grimoire is brilliantly written, full of weird characters, and filled with clever puzzles. If you like your crime solving to be full of giggles, this is the game for you. 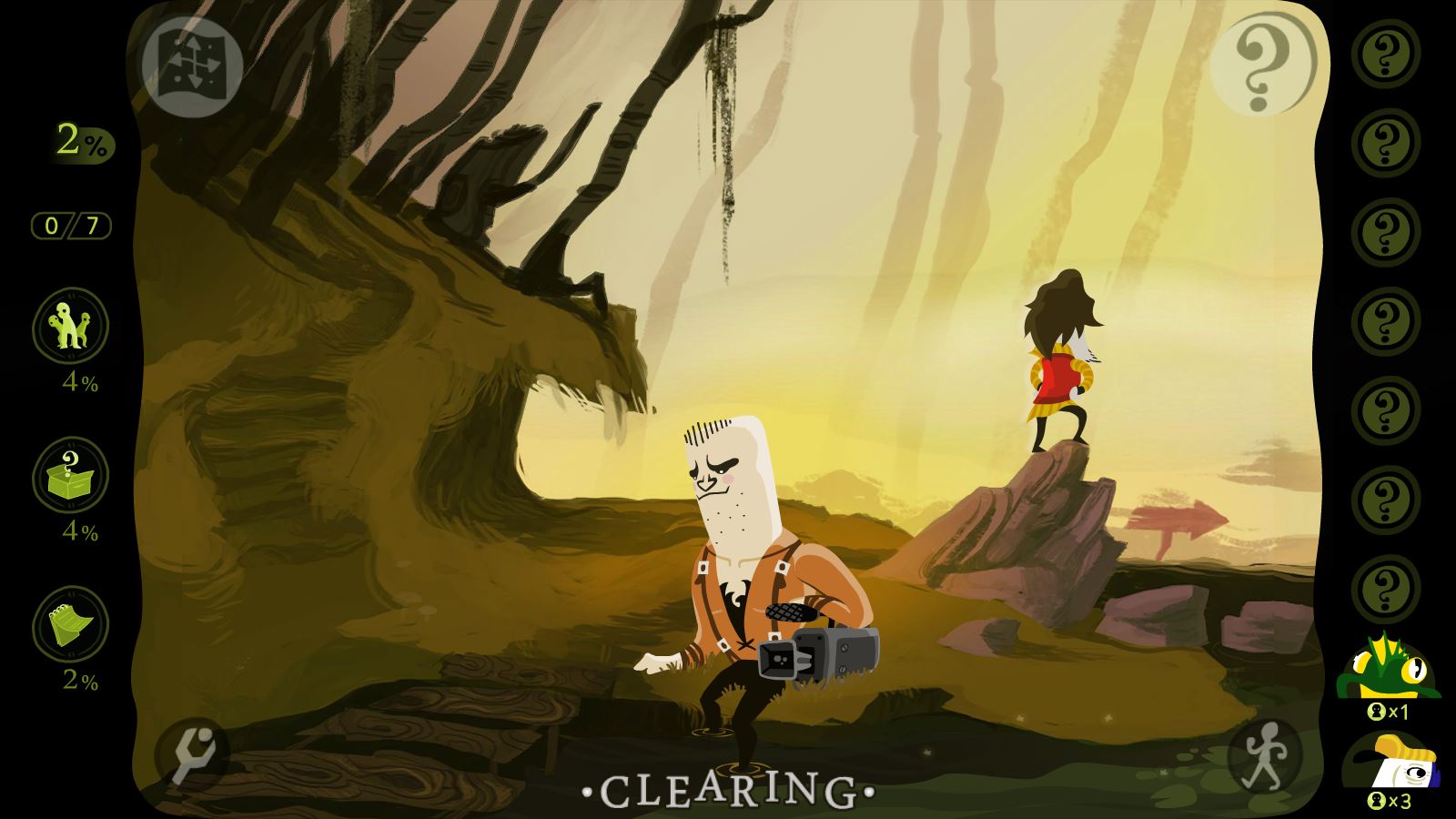 A grisly iOS turn from the son of the top-hatted puzzle-solving professor. This is a game of crime solving and logic that’ll leave even the most determined detectives scratching their heads from time to time.

There are crime scenes to poke through, interviews to conduct, interrogations to handle, and plenty of murderers to uncover. 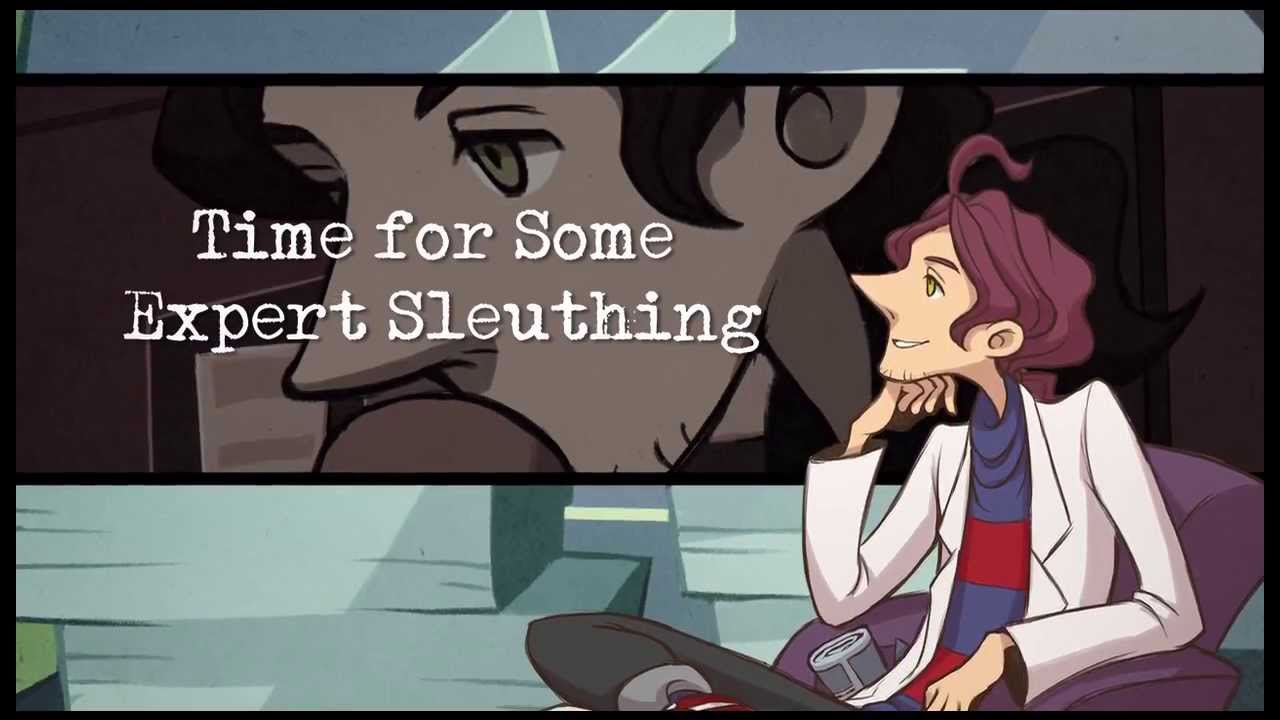 EPISODE 1: WE NEGOTIATE WITH TERRORISTS

When a hostage crisis erupts in the centre of Clappers Wreake, only one man has the diplomatic finesse to defuse a simmering situation before it boils over into a stew of butchery and bloodshed: Detective Inspector Hector. He’s all they’ve got. Literally. All the other negotiators are dead. Hector has a choice to make: carry out the terrorist’s curiously altruistic demands, or watch as his fellow officers are picked off one by one. Hector’s still on the fence. Stagger a drunken mile through the Crime Capital of Britain in the size 9s of Detective Inspector Hector: part criminalist, part kebab-fiend, all cop.

Do all the things you’ve dreamed about: hit a tramp with a crowbar, steal a young man’s trousers, kick a drug addict into a cardboard box, enter an adult shop without embarrassment, carry a designer handbag… all in the name of justice, and all in spectacular ground-breaking 2D.

Russell Stone is a Jewish rabbi at a struggling synagogue in New York City. He is a devout man with a problem – membership is down and he lacks the funds to keep his synagogue open. Things are looking very bleak, and he has grown progressively more cynical and bitter with the passage of time. 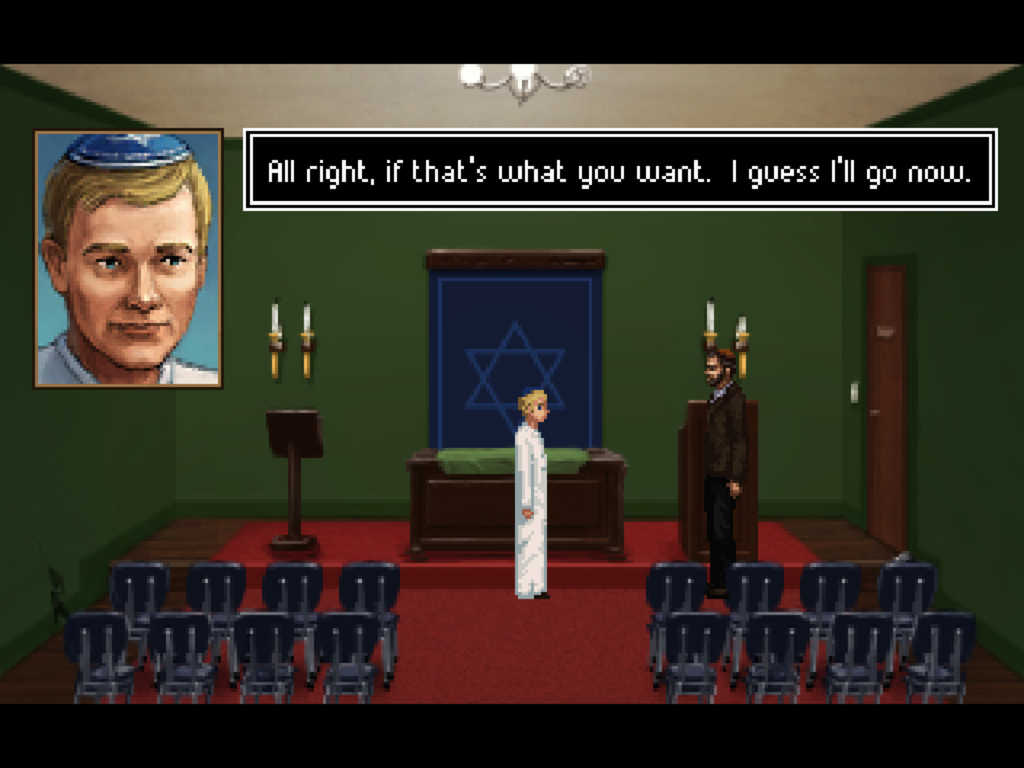 Just as he is on the verge of quitting, he receives some intriguing news. An estranged member of his congregation has died and left the rabbi a significant amount of money. A blessing? Or the start of something far more sinister? Can Rabbi Stone just accept the money and move on, or will his conscience get the better of him? Step into his shoes as he travels all over Manhattan in his attempt to uncover the truth.

Features rabbinical conversation methods, a unique method of fighting, a haunting score, and three different endings depending on your moral choices.

Take on the role of Erica Reed, a Boston FBI agent with the power to see the past, in this intense adventure game as she follows the trail of four different serial killers, and a series of clues left for someone with her specific ability. Who’s leaving the clues? How do they know her secret, and what do they want from her? 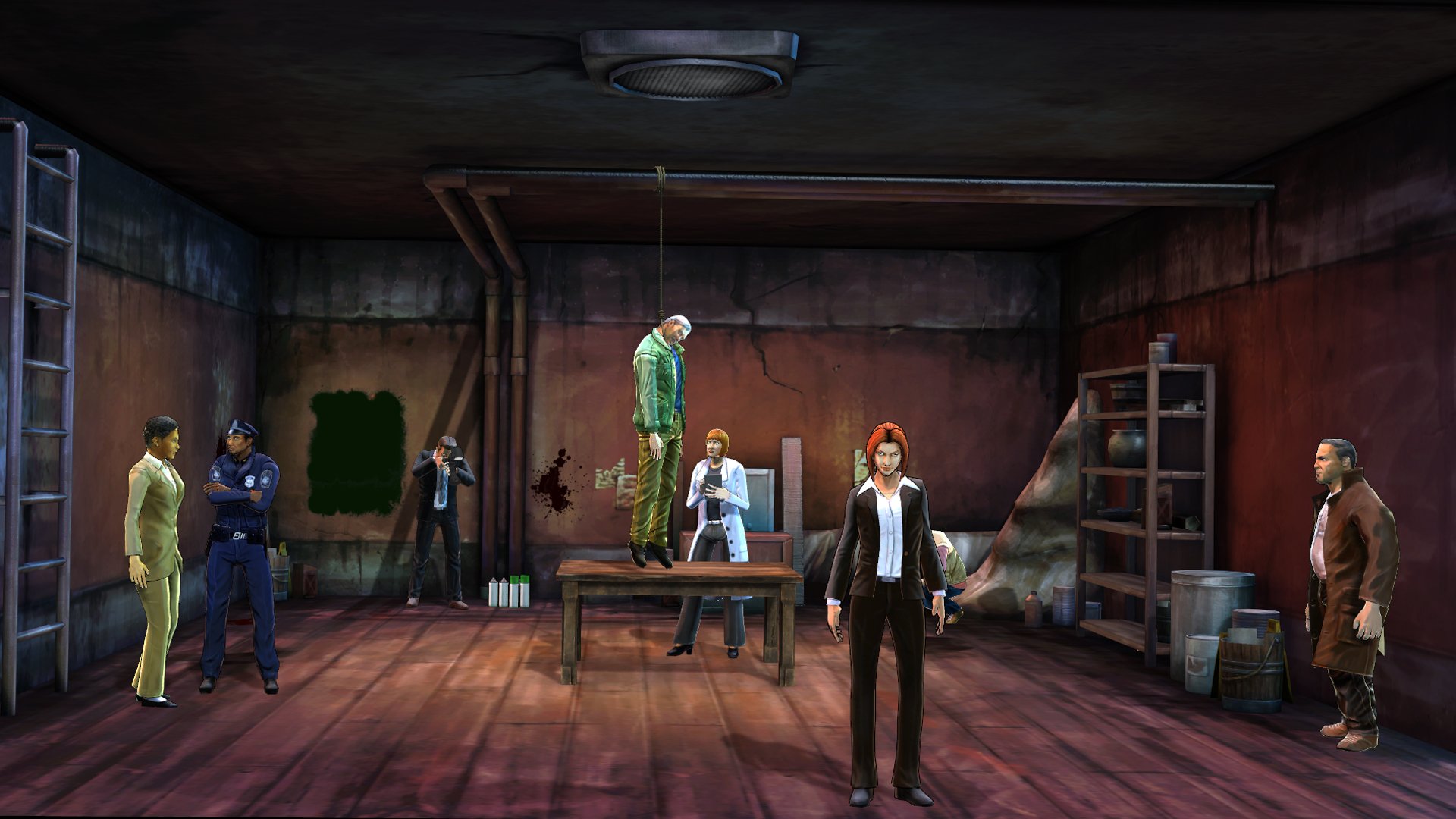 Find out what the fate of Erica’s brother is in the exciting first episode entitled: The Hangman.Get Erica’s power under control as you go face to face against a dark serial killer as Erica risks her own life to uncover the mystery behind The Hangman!

This Story Starts with Your Death! In an obscure corner of the city, a single bullet takes your life, but that’s not all it takes. When you awaken as a spirit, you realize you have no recollection of who you are. Thus begins your search for the answers to these questions: “Who am I?”, “Who killed me?”, and “Why was I killed?” 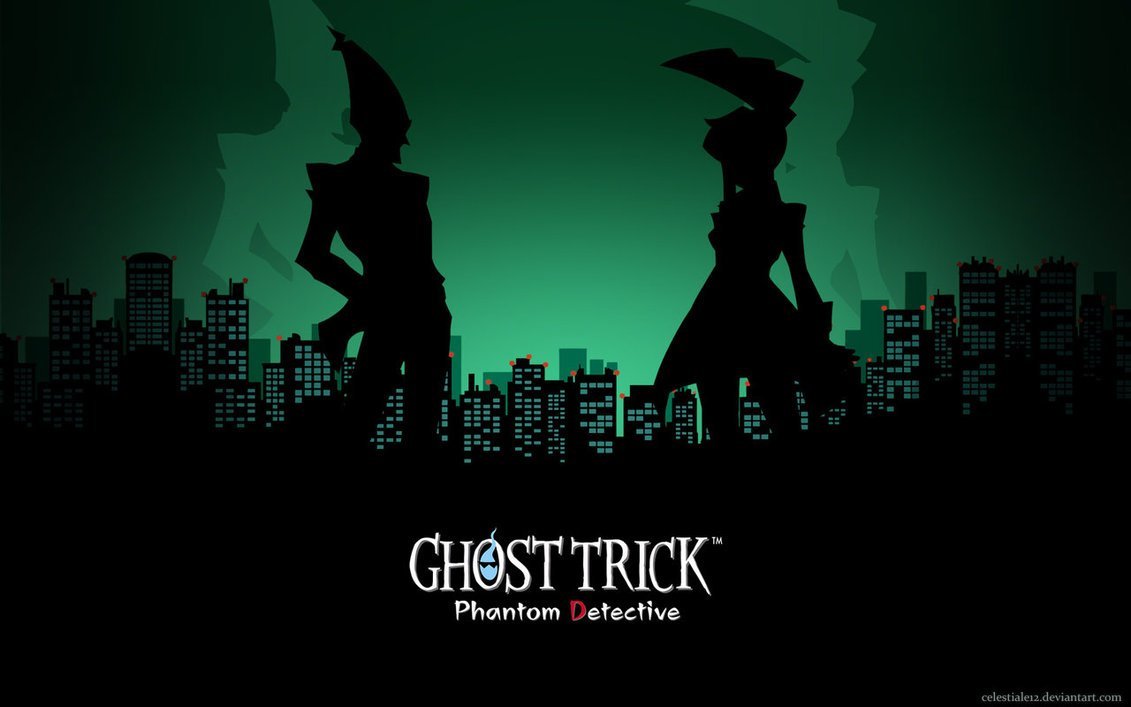 One night is all you have to answer these questions before your soul vanishes at dawn’s first light, and your only lead is the female detective who witnessed your death…

Step aboard the 1914 Orient Express in this award-winning mystery adventure from Prince of Persia creator Jordan Mechner, now for the first time on iOS! 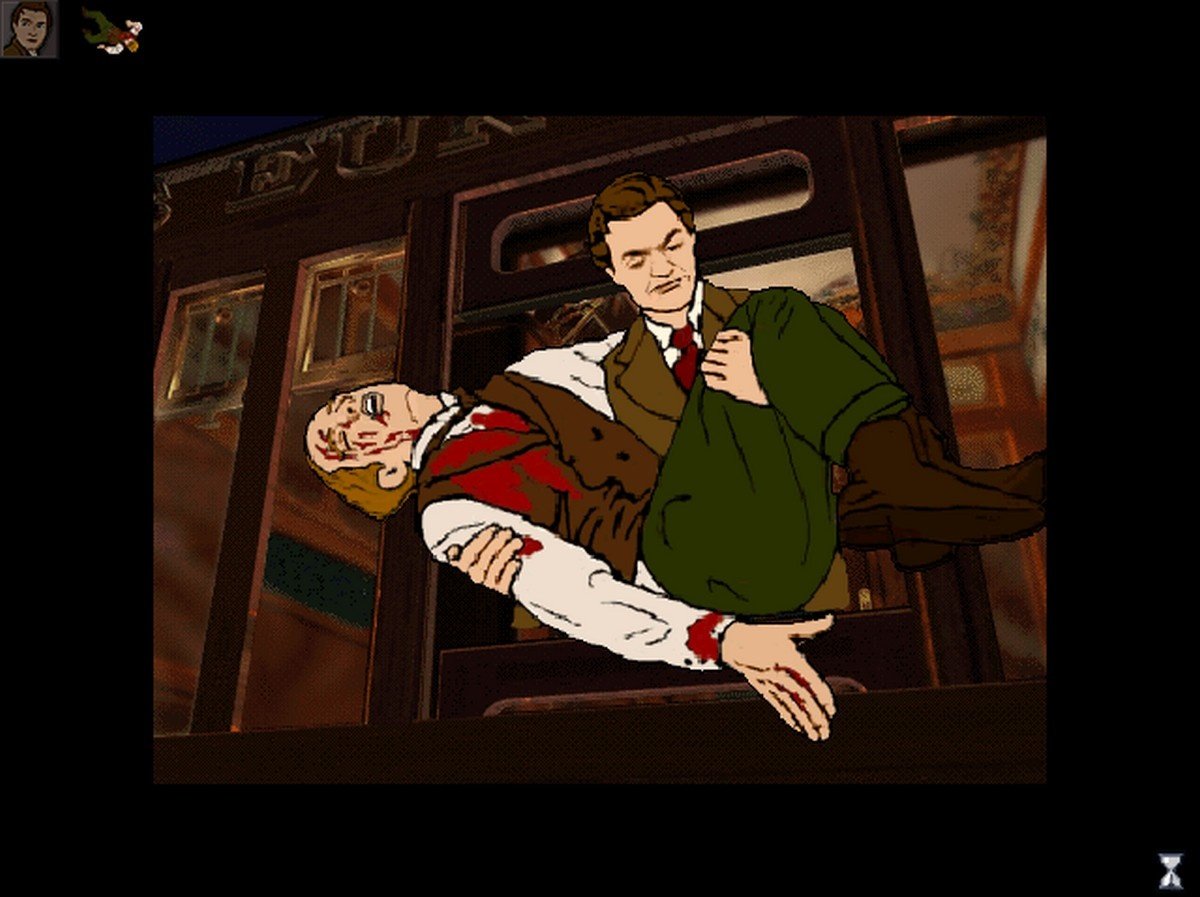 JULY, 1914. With Europe on the brink of war, the luxurious Orient Express departs Paris for Constantinople, plunging American doctor Robert Cath into a maelstrom of treachery, romance, and international intrigue.

Defend the innocent and save the day! Experience the original trilogy in clear, Retina-quality graphics, and play in the orientation of your choosing — horizontally for larger backgrounds or vertically for one-handed playing! 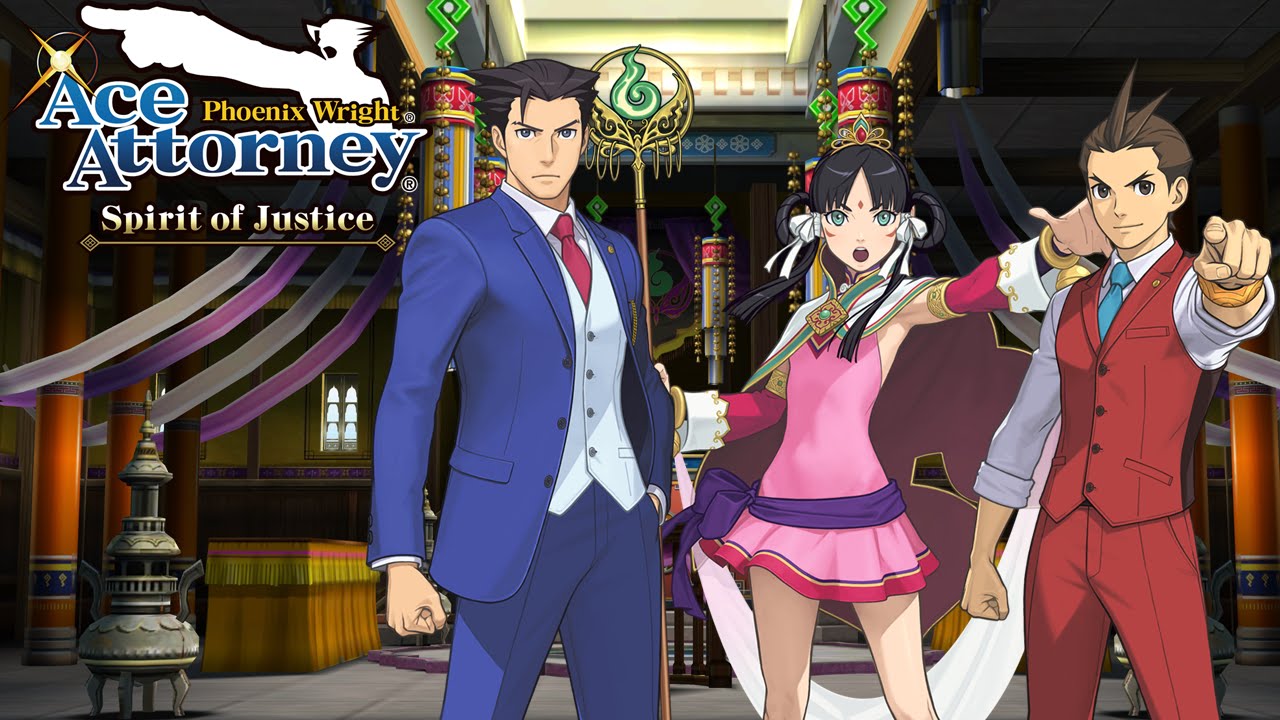 You can play the first 2 episodes of “Phoenix Wright: Ace Attorney” for free. 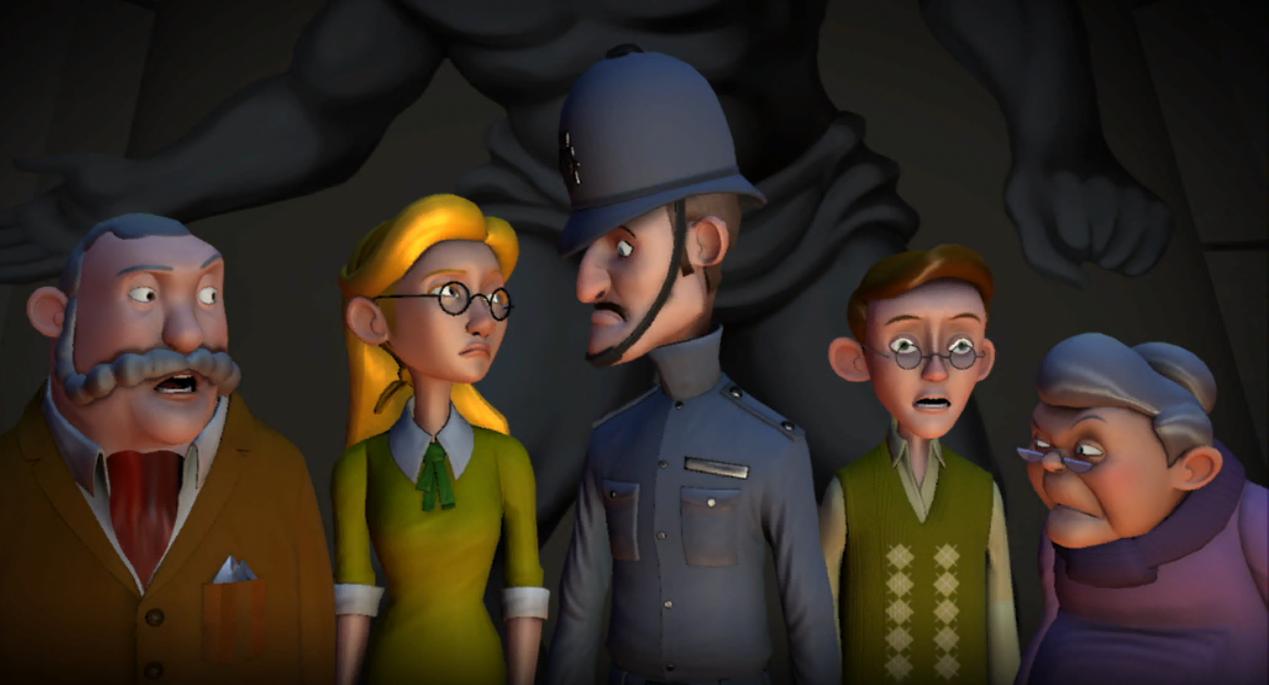 The hugely popular Murder Files game is now available on iPad, iPhone and iPod touch! Who shot the Mayor? As one of the detectives from the infamous Blue Toad Agency you have to eliminate suspects, get witness evidence and solve the puzzles to discover Whodunnit. 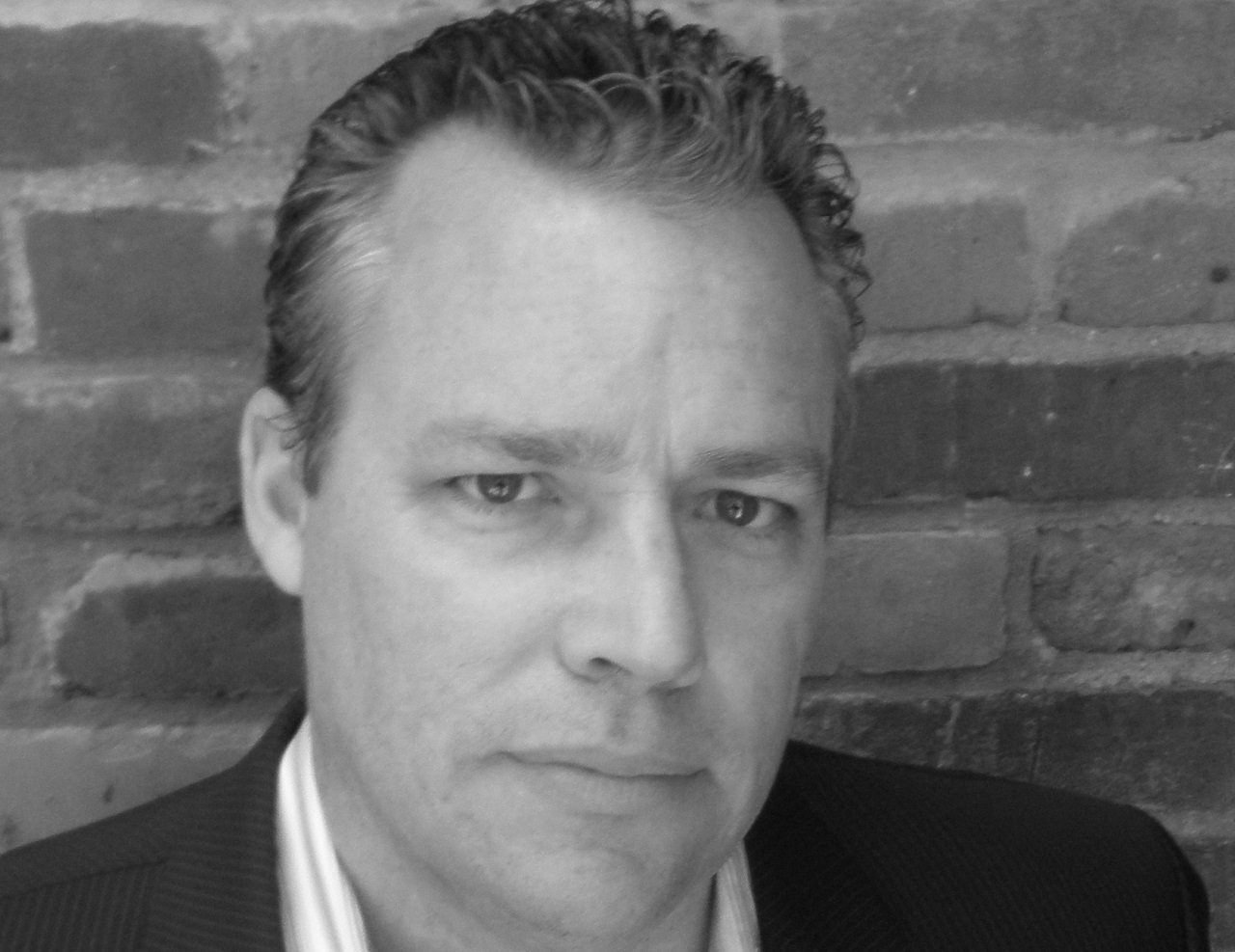