Deep-Dive Into “That’ll Be the Day” And “Good Girls Don’t” By S.W. Lauden

Scott Adlerberg takes a deep-dive into the two novellas by S.W. Lauden that combine heist stories with his love of rock music.

A few years ago, S.W. Lauden wrote the Greg Salem trilogy, set in California, about a cop turned private investigator who also plays in a punk rock band.  Lauden himself is a musician, a drummer, and the bands he has been part of include Tsar and, most recently, The Brothers Steve.  Along with crime fiction, music is clearly the artistic passion of his life, and in his new series of novellettes, which he calls “power pop heists”, he has found a way to continue writing about what he loves most in the genre he loves most.

That’ll Be the Day, which came out in 2019, opens the series.  It centers around Jack Sharpe, a former rock guitarist who is just getting out of Oklahoma State Penitentiary.  Imprisoned for a heist of vintage guitars he participated in, Jack heads straight to his brother Jaime’s used record shop in Tulsa to collect the money due him for the robbery.  Jack plans to collect the cash that is his and then to track down and kill the father he has hated since childhood.

Jack and Jaime’s father long ago abandoned the brothers, their mother, and their sister, and Jack, once part of a promising band called Jaime and the Jaxx with his brother, has never forgiven the man for leaving.  Once Jack reaches Jaime, however, he learns that Jaime gave his money to their sister, Jenna, for medical bills she needed to pay.

Jack is angry, but how can he object to his money having gone to support his little sister’s health? On top of that, Jaime has a way for them to get Jack’s money back.  It involves a heist – stealing an extremely rare record from a wealthy collector named Russell Patterson in Memphis Tennessee.  As a piece in Rolling Stone describes Patterson’s find, “It’s his latest score that’s making headlines around the world this week – a replica of a rare recording by McCartney, Lennon and George Harrison’s pre-Beatles band, The Quarrymen.

A few years ago, S.W. Lauden wrote the Greg Salem trilogy, set in California, about a cop turned private investigator who also plays in a punk rock band.

When it comes to Beatles arcana, a copy of “That’ll be the Day/In Spite of All the Danger” might just be the holy grail.  Paul McCartney himself owns the original 78, but produced a limited number of replica 45s for friends and family in the early 80s.  When Patterson heard that one of McCartney’s copies was listed at an estate sale in Chicago, he hopped aboard his private jet.”

Jack is leery of the idea – he is on parole, after all – but when he finds out that their old bandmate Chaz Caldwell works for Mr. Patterson, in effect making their heist an inside job, he agrees to the plan.  How else is he going to get his money?  A road trip ensues, and Lauden proceeds to tell a compact tale that blends family drama and an unlikely band reunion into its robbery plot.  The story moves fast, and the twists that come are unexpected but make sense.

Between Jack and his brother there is much lively talk about rock music and songs they like and do not like.  In Jaime’s pickup truck, music is always playing: Blondie, The Plimsouls, The Kinks, The Bangles, The Nerves, Weezer.  The reader chuckles as Jack and Jaime debate the merits and failings of The Beatles, The Who, and even The Monkees.

Despite their years apart when Jack was in prison, the two will always have music as a bond, and besides being entertaining in themselves, their discussions make it clear that the author is in his element, hashing out his own opinions about the subject matter.

Just recently released, Good Girls Don’t is the second in the power pop heist series, and it picks up where That’ll be the Day ended.  This time, Russell Patterson wants them to steal the guitar Doug Feiger played to record “My Sharona”.  It’s not a job either brother truly wants to take on, but Patterson, who in the first  book shocked the brothers by revealing himself as a Jamie and the Jaxx fan, has gotten the pair into his debt by giving them “piles of cash”.

Determined that they create, along with their drummer Chaz, a brand-new album, he has also given them musical equipment and a van.  He has booked pricey studio time for them in Los Angeles, in the same place, in fact, MCA Whitney Studios, where The Knack made “Get the Knack”, their debut album.  Doug Feiger’s old guitar sits on display at a Guitar World Megastore in Hollywood, so Jack, Jamie, and Chaz, when not recording, scout the location to plan their heist.

When they see that the guitar is attached to a “stand with a single cable and a small lock”, they feel confident they’ll be able to snatch it in an after-hours raid, but before they do, a smash and grab occurs and two other people steal the guitar.  After some mayhem, the band members manage to get the guitar back, but the rival couple don’t give up easily and an interstate chase results.

In a word, these two short books are fun.  You sense that the author enjoyed himself writing them.

The brothers come to see that their rich and eccentric patron has gotten them involved in a dangerous world they never knew existed.  It’s world of crazed collectors that spans national borders, and for these obsessives, getting their hands on such things as a Doug Feiger guitar is a life and death proposition.

Good Girls Don’t zips along as quickly as That’ll Be the Day does, with nothing extraneous, sustained tension, and deft characterization.  Lauden knows how to fill in his people and make them real while they are on the fly.  The tone overall is light, but you care about Jack and Jamie.  And the amusing music talk resumes, with trenchant commentary coming from the brothers about The Toms, Badfinger, Sloan, Jimmy’s Eat World, The Shins, The Specs, Mathew Sweet, and Shoes, among others.

In a word, these two short books are fun.  You sense that the author enjoyed himself writing them.  They provide uptempo, escapist summer reading, and that’s not something to be underestimated.  Let’s hope that Lauden has another caper in the works for these guys.

Mystery Tribune’s collection of essays reviewing notable authors and crime and mystery books as well as other non-fiction suspense articles is available here. 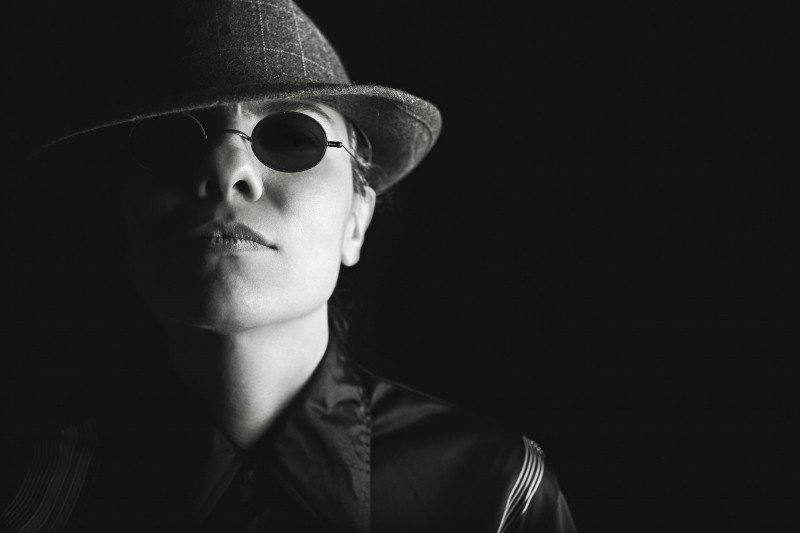