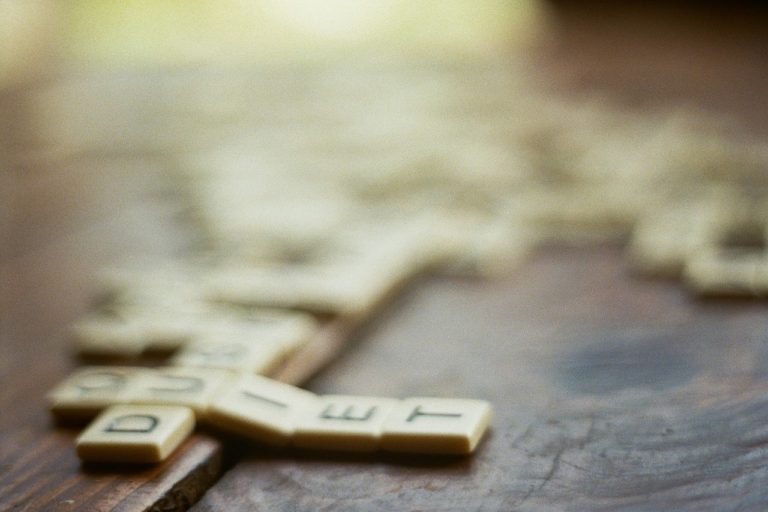 Death By Scrabble By Charlie Fish

Charlie Fish is a popular short story writer and screenwriter whose short stories have been published in several countries and inspired dozens of short film adaptations. Since 1996, he has been an editor of Fiction on the Web, the longest-running short story outlet on the web. He was born in Mount Kisco, New York in 1980; and now lives in south London with his wife and daughters.

Death by Scrabble (or, Tile M for Murder) is one of his mystery works which is about a disillusioned man who expresses his rage through the medium of Scrabble. Originally written in 2012, it has now been brought to you by Mystery Tribune with permission from the author.

It’s a hot day and I hate my wife.

We’re playing Scrabble. That’s how bad it is. I’m forty-two years old, it’s a blistering hot Sunday afternoon and all I can think of to do with my life is play Scrabble.

I should be out, doing exercise, spending money, meeting people. I don’t think I’ve spoken to anyone except my wife since Thursday morning. On Thursday morning I spoke to the milkman.

My letters are crap.

I play, appropriately, BEGIN. With the N on the little pink star. Twenty-two points.

I watch my wife’s smug expression as she rearranges her letters. Clack, clack, clack. I hate her. If she wasn’t around, I’d be doing something interesting right now. I’d be climbing Mount Kilimanjaro. I’d be starring in the latest Hollywood blockbuster. I’d be sailing the Vendée Globe on a sixty-foot clipper called New Horizons – I don’t know, but I’d be doing something.

She plays JINXED, with the J on a double-letter score. Thirty points. She’s beating me already. Maybe I should kill her.

As I’m picking new letters from the bag, I find myself thinking – the letters will tell me what to do. If they spell out KILL, or STAB, or her name, or anything, I’ll do it right now. I’ll finish her off.

My rack spells MIHZPA. Plus the U in my mouth. Damn.

The heat of the sun is pushing at me through the window. I can hear buzzing insects outside. I hope they’re not bees. My cousin Harold swallowed a bee when he was nine, his throat swelled up and he died. I hope that if they are bees, they fly into my wife’s throat.

She plays SWEATIER, using all her letters. Twenty-four points plus a fifty-point bonus. If it wasn’t too hot to move I would strangle her right now.

I am getting sweatier. It needs to rain, to clear the air. As soon as that thought crosses my mind, I find a good word. HUMID on a double-word score, using the D of JINXED. The U makes a little splash of saliva when I put it down. Another twenty-two points. I hope she has lousy letters.

She tells me she has lousy letters. For some reason, I hate her more.

She plays FAN, with the F on a double letter, and gets up to fill the kettle and turn on the air conditioning.

It’s the hottest day for ten years and my wife is turning on the kettle. This is why I hate my wife. I play ZAPS, with the Z doubled, and she gets a static shock off the air-conditioning unit. I find this remarkably satisfying.

She sits back down with a heavy sigh and starts fiddling with her letters again. Clack clack. Clack clack. I feel a terrible rage build up inside me. Some inner poison slowly spreading through my limbs, and when it gets to my fingertips I’m going to jump out of my chair, spilling the Scrabble tiles over the floor, and I’m going to start hitting her again and again and again.

The rage gets to my fingertips – and passes. My heart is beating. I’m sweating. I think my face actually twitches. Then I sigh, deeply, and sit back into my chair. The kettle starts whistling. As the whistle builds it makes me feel hotter.

She plays READY on a double word for eighteen points, then goes to pour herself a mug of tea. No I do not want one.

I steal a blank tile from the letter bag when she’s not looking, and throw back a V from my rack. She gives me a suspicious look. She sits down with her tea, making a cup ring on the table, as I play an eight-letter word: CHEATING, using the A of READY. Sixty-four points, including the fifty-point bonus, which means I’m beating her now.

She asks me if I cheated.

I really, really hate her.

She plays IGNORE on the triple word for twenty-one points. The score is 153 to her, 155 to me.

The steam rising from her cup of tea makes me feel hotter. I try to make murderous words with the letters on my rack. If only there was some way for me to get rid of her.

I spot a chance to use all my letters. EXPLODES, using the X of JINXED. Seventy-two points. That’ll show her.

As I put the last letter down, there is a deafening bang and the air-conditioning unit fails.

My heart is racing, but not from the shock of the bang. I don’t believe it – but it can’t be a coincidence. The letters made it happen. I played the word EXPLODES, and it happened – the air-conditioning unit exploded. And before, I played the word CHEATING when I cheated. And ZAP when my wife got the electric shock. The words are coming true. The letters are choosing their future. The whole game is – JINXED.

I have to test this.

I have to play something and see if it happens. Something unlikely, to prove that the letters are making it happen. My rack is ABQYFWE. That doesn’t leave me with a lot of options. I start frantically chewing on the B.

I play FLY, using the L of EXPLODES. I sit back and close my eyes, waiting for the sensation of rising up from my chair. Waiting to fly.

Stupid. I open my eyes, and there’s a fly. Buzzing around above the Scrabble board, surfing the thermals from the tepid cup of tea. That proves nothing. The fly could have been there anyway.

I need to play something unambiguous. Something that cannot be misinterpreted. Something absolute and final.

My wife plays CAUTION, using a blank tile for the N. Eighteen points.

My rack is AQWEUK, plus the B in my mouth. I’m awed by the power of the letters, and frustrated that I can’t wield it. Maybe I should cheat again, and pick out the letters I need to spell SLASH or SLAY.

Then it hits me. The perfect word. A powerful, dangerous, terrible word.

I play QUAKE for nineteen points.

I wonder if the strength of the quake will be proportionate to how many points it scored. I can feel the trembling energy of potential in my veins. I am commanding fate. I am manipulating destiny.

My wife plays DEATH for thirty-four points, just as the room starts to shake.

I gasp with surprise and vindication – and the B that I was chewing on gets lodged in my throat. I try to cough. My throat swells. I draw blood clawing at my neck. The earthquake builds to a climax.

I fall to the floor. My wife just sits there, watching. 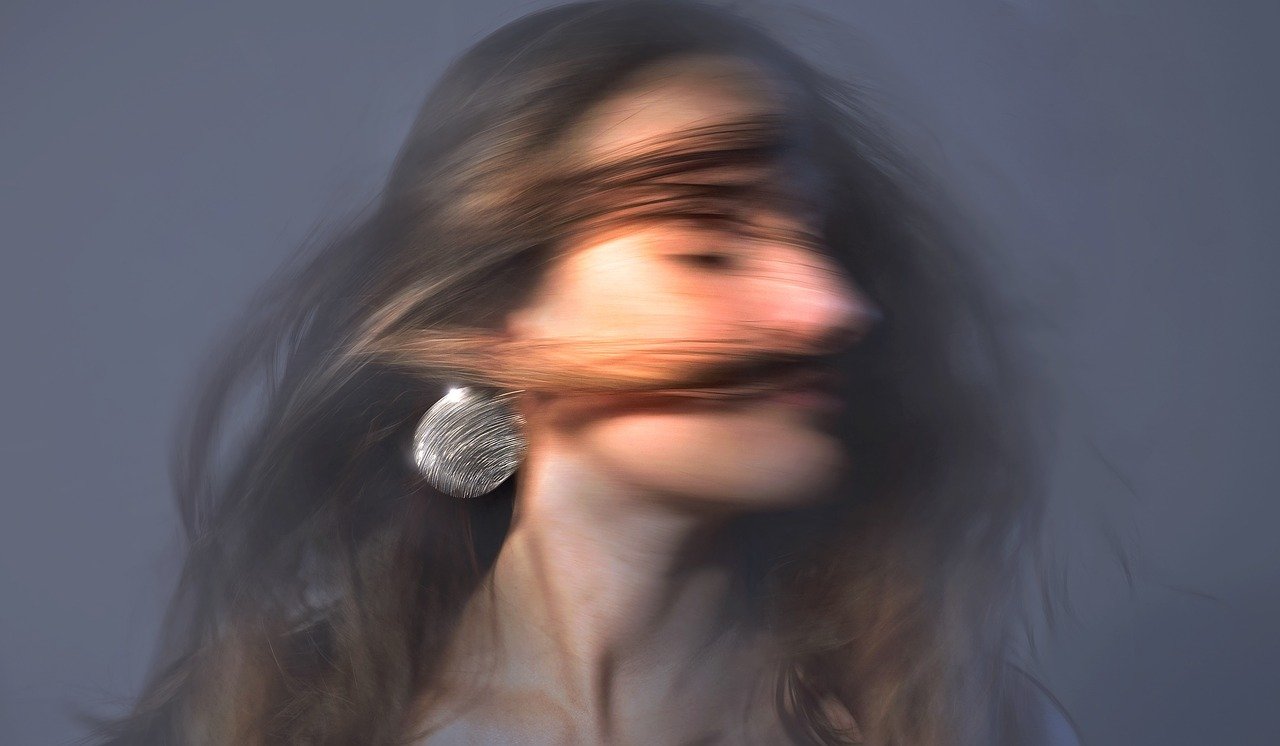