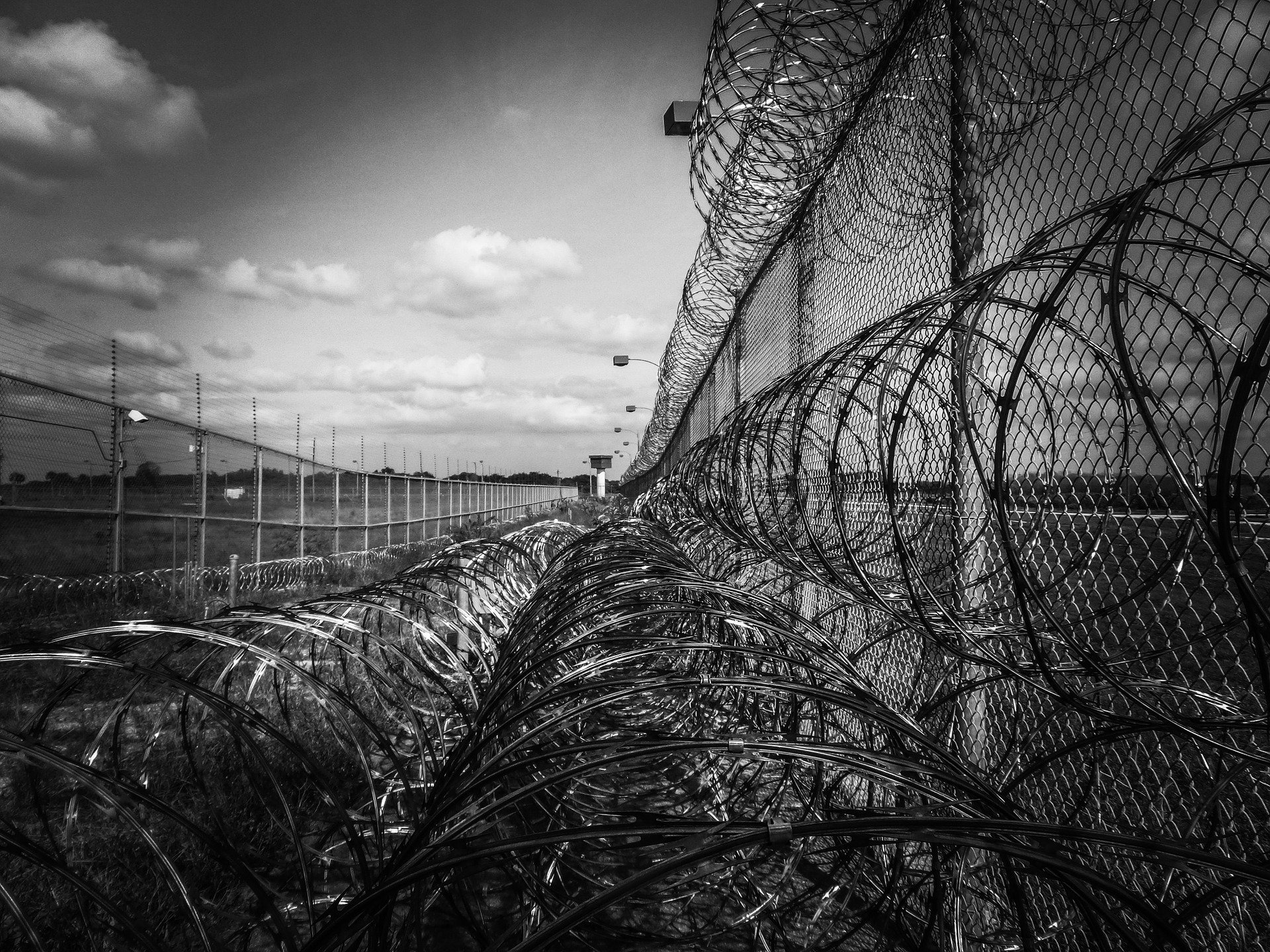 Primarily a writer of crime fiction, Mr. Petyo has also published some science fiction in small press magazines, and in the deep dark past he wrote three science fiction novels under three different names. His latest flash fiction piece, Death Glare, Mr. Petyo narrates the story of a man considers revenge when the killer of his girlfriend is paroled.

“Thank you for your testimony, Mr. Booker.”

Clearly, he was being dismissed. And clearly, they were going to ignore everything he said. He levered himself from the chair and stared at the chairman of the parole board. “Let me make one thing very, very clear. Releasing Vinnie Callisto would be a terrible injustice. If you do that, I can’t be responsible for what happens.”

The gray-haired man looked left and right at the others seated on the panel. “Do you want to reconsider those words, Mr. Booker?”

He stepped away from the chair, pivoted, and strode toward the door where a gaunt faced security guard moved to block him. After glaring at him like a gunfighter daring him to draw, the guard stepped aside.

Booker called in sick the day Callisto was released from prison.

He forced a cough.

“You’re just bummed out because that killer’s getting out of prison.”

In Death Glare, Mr. Petyo narrates the story of a man considers revenge when the killer of his girlfriend is paroled.

Everybody was telling him to “snap out of it,” like the last ten years of agony were meaningless. He didn’t have the guts to kill himself after Michelle was murdered, so he trudged from day to day, and the only thing that kept him going was the knowledge that Vinnie Callisto was rotting in prison.

But now, a sharp lawyer and some bungled DNA evidence got Vinnie an early release.

He and Vinnie had been classmates, but had nothing else in common. Vinnie was a thug who probably wouldn’t amount to much of anything other than a drug dealer or a thief. He never gave Vinnie a thought after graduation.

Booker tried to block the memories and focus on the cards in front of him.

Until a few months later when he started dating Michelle and she mentioned Vinnie Callisto. He was stunned to learn they had dated in high school. She was too classy for a gutter boy like Vinnie.

Later, Vinnie tried to push Booker aside and rekindle his affair with Michelle. She and Vinnie fought. She died.

Booker tried to block the memories and focus on the cards in front of him. He planned to play solitaire all day and ignore the news, but when his cell rang, he grabbed it. “I told you, I’m not coming in.”

“At the park. I got nowhere else to go. We have to talk.”

Booker ended the call and dropped the phone. He leapt to his feet but stopped as he reached the door. Not so fast, he thought. He needed a weapon. He wasn’t planning to kill Vinnie. Not just yet. After that scene at the parole board, he’d be the first suspect, so his revenge had to be carefully planned.

But now, he couldn’t meet Vinnie without some protection.

He didn’t own a gun. After the murder, when dark suicidal thoughts smothered him, he didn’t want one in his apartment.

He only had kitchen knives, but they would be too bulky. A baseball bat? How could he hide that? He dashed around his apartment like a firefly, finally settling at his tool box on the floor in his bedroom closet. There was a small screwdriver, small enough to fit into his pocket.

It wasn’t much, but it would be enough to do the job, if necessary.

The park was a block away from the high school that wasn’t a high school anymore. Long abandoned, it was awaiting government approval of funds for demolition. The park, too, was deteriorating since it was no longer a gathering place for high schoolers. Surrounded by trees, heavily weeded, and in dire need of a mowing, it seemed to be on another planet.

When he reached the park, he saw Vinnie sitting on a wooden bench next to a basketball court of cracked macadam. He had his hands clasped between his knees as he leaned slightly forward, his head tilted down.

“Vinnie,” Booker called as he moved in front of him.

Slowly, Vinnie pitched forward until he toppled to the ground. Booker reeled back as he saw the knife embedded in his back.

Booker spun and saw a uniformed cop approaching, gun drawn. Behind him was the security guard from the parole hearing. Their eyes met in a gunfighter’s glare.