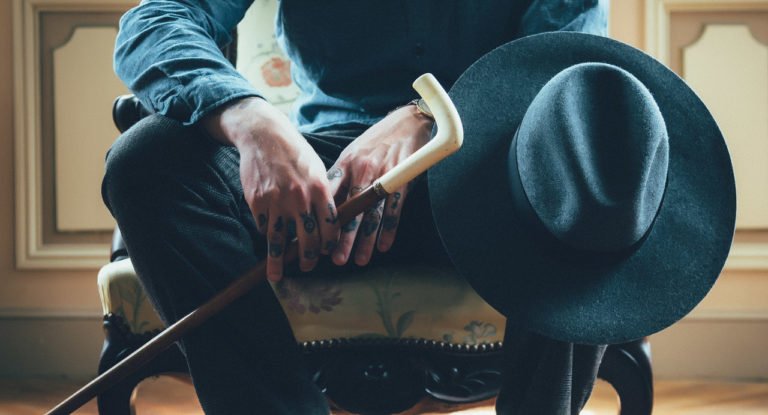 Crime and Music: A Look At “Dead Man’s Blues” By Ray Celestin

In 2015, London-based author Ray Celestin rocked the European crime fiction community with his debut novel The Axeman’s Jazz. Inspired by a true story, set against the heady backdrop of jazz-filled, mob-ruled New Orleans, The Axeman’s Jazz was the story of a dark serial killer in New Orleans in 1919 and three individuals who set out to unmask him. The book went to win the CWA John Creasey New Blood Dagger for Best Debut Crime Novel of the Year.

The sequel novel, Dead Man’s Blues, was also successful when released earlier this year and was shortlisted for the CWA Gold Dagger for Best Crime Novel of 2017. With a new hardcover edition, released earlier this month by Pegasus Crime, we got the chance to review this novel and get more familiar with the depiction of pre-war America by this talented author.

Following on from the events of his debut novel, Celestin takes readers to Chicago in 1928 where in the stifling summer heat, three disturbing events take place. A clique of city leaders is poisoned in a fancy hotel. A white gangster is found mutilated in an alleyway in the Blackbelt. And a famous heiress vanishes without a trace.

Pinkerton detectives Michael Talbot and Ida Davis are hired to find the missing heiress by the girl’s troubled mother. But it proves harder than expected to find a face that is known across the city, and Ida must elicit the help of her friend Louis Armstrong.

While the police take little interest in the Blackbelt murder, Jacob Russo—crime scene photographer—can’t get the dead man’s image out of his head, and so he embarks on his own investigation.

And Dante Sanfelippo—rum-runner and fixer—is back in Chicago on the orders of Al Capone, who suspects there’s a traitor in the ranks and wants Dante to investigate.

As the three parties edge closer to the truth, their story-lines converge in such a way that at the end, the reader is presented with one satisfying finish to all three initial mysteries.

As the author himself explains in the afterword, there is always a trade-off between historical accuracy and telling the story the author most want to tell. Having said that, Celestin has used enough historical facts to enrich his plot that the result gets close to real portrait of Chicago in the period the story is happening.

In late 1920s in Chicago, life was all about music, prohibition, Al Capone and the mob and dramatic social chasms. The author utilizes all of these elements one way or another.

Besides the historical aspects, a notable element of Dead Man’s Blues is incorporating an array of interesting characters. In particular, Michael and Ida are a fascinating duo who, in a way, push the social boundaries of their time. Ida is a young, light-skinned African American woman who is comfortable among the upper crust as she is with the melting pot of Chicago’s jazz clubs. Michael is white but married to a black woman and is also a father which makes him sort of an outcast as well.

Also worth mentioning, is Dante’s complex character. He does have dark side and a violent past, but pursues good deeds when believes in them.

Overall, this is an interesting historical crime novel and we are looking forward to the third installment (of a projected four-book series) where Ray Celestin is currently working on and will be set in 1940s New York.

“The Stain in the Sand”: Psychological Suspense Short Film by Andrew MacLellan