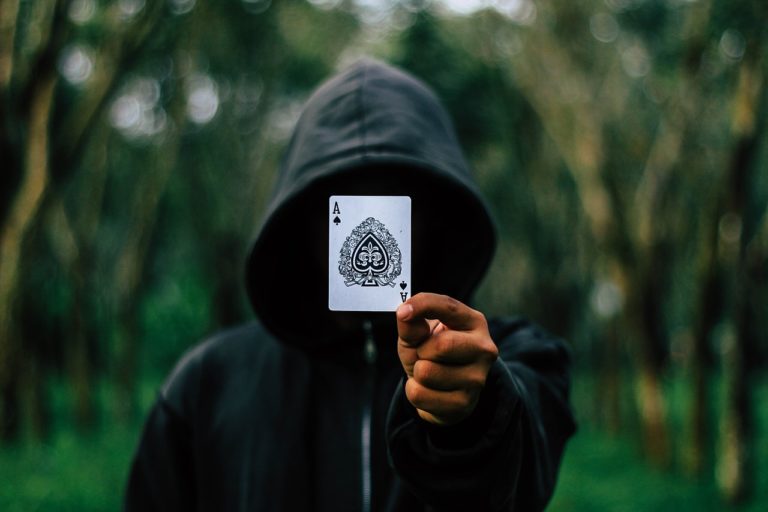 Crime Fiction at the Poker Table: Our Top 7 Picks

We don’t read much about poker table, card games and traditional forms of gambling like horse-race betting in crime fiction anymore: In the age of smart phones and social media, perhaps their time has passed.

In the golden age of noir, there were many novels which used the game as an anchor for character or plot development. Poker is a game that is usually played either with friends for having a good time or with strangers over money where the latter’s bound to lead to conflict. Crime writers have long used this conflict in both books and movies (think Sopranos or Casino).

For those who feel nostalgic about such stories, here is a list of our top 7 crime books happening at the poker table:

This is an amazing anthology, edited by Otto Penzler, which brings together a stunning group of authors together with poker-related plots. In “One Dollar Jackpot,” Michael Connelly’s curmudgeonly Harry Bosch finds himself going toe-to-toe with a professional poker player. Jeffery Deaver offers up “Bump,” a tale of a has-been actor trying to make it big by hustling cards. “Hardly Knew Her” by Laura Lippmann showcases a young woman learning about bluffing the hard way, while “In the Eyes of Children” by Alexander McCall Smith features a scam at a poker table on the high seas.

With these, and more offerings from mystery greats such as Joyce Carol Oates, John Lescroart, Walter Mosley, Peter Robinson, and Eric Van Lustbader, Dead Man’s Hand is a suspenseful anthology that’s a big winner for any fan of crime fiction.

The Babbling Brook Naked Poker Club (a 3-book series). This is a fun 3-book cozy mystery series by Ann Warner which will delight the fans of this sub-genre. In book 1, a painting worth millions, valuables gone missing, a game that is more than a game. And that’s only the beginning as an elderly widow befriends a young woman and tries to prevent her from making the same mistakes she has made.

In book 2, the lead characters Devi and Mac are falling in love, but a complication comes along in the form of Mac’s pregnant ex-wife. As for Josephine, with the excitement of unmasking the Brookside thief and Devi’s being shot now over, she’s finding Brookside Retirement Community (aka Babbling Brook) as dull as she initially expected it to be. Until, that is, she gets involved with a man who suspects her of being a criminal mastermind. Finding love at this late date is something Josephine never expected, and it’s her Edward Hopper painting that plays matchmaker.

When new resident, Lottie Watson, loses at Naked Poker, she tells a bizarre story about her husband disappearing in the LA airport. Josephine and Lill, intrigued enough to investigate, discover there are more ominous goings-on than a simple disappearance. Meanwhile, Josephine ignores the mysteries of her own heart.

Should Have Played Poker by Debra H. Goldstein. Carrie Martin’s precarious balancing of her corporate law job and visiting her father at the Sunshine Village retirement home is upset when her mother appears, out of the blue, in Carrie’s office twenty-six years after abandoning her family. Her mother leaves her with a sealed envelope and the confession she once considered killing Carrie’s father. Carrie seeks answers about her past from her father prior to facing what is in the envelope.

Before she can reach his room, she finds her mother murdered and the woman who helped raise her seriously injured.

Instructed to leave the sleuthing to the police, Carrie’s continued efforts to discover why someone would target the two most important women in her life quickly put her at odds with her former lover―the detective assigned to her mother’s case. As Carrie and her co-sleuths, the Sunshine Village Mah jongg players, attempt to unravel Wahoo, Alabama’s past secrets in this fast paced cozy mystery, their efforts put Carrie in danger and show her that truth and integrity aren’t always what she was taught to believe.

Death Plays Poker by Robin Spano. When poker players at a major, televised tournament begin turning up strangled in their hotel rooms, cop Clare Vengel must once again go undercover to befriend the suspects and find the killer in their midst. Though Clare hates her shallow cover character Tiffany, a trust-fund princess who thinks the poker tour is a better idea than college, posing helps her infiltrate the inner circle quickly. Her flashy new wardrobe also attracts the attentions of Noah, a dark stranger who’s at the game for hidden reasons of his own.

With her handlers doubting her every move, everyone she meets lying for a living, and more victims losing their lives, Clare feels the pressure and questions whether she should pack it in and go home to a dull life as a beat cop or stick it out to find the killer and prove her worth.

Russian Poker by R.L. Murphy. The death penalty has been abolished in the United States of America. The Federal Government has given the right to each state to decide what they want to do with their current death row inmates. Texas has decided to take their ten remaining death row and make them play a game of Russian poker. The winner gets the only prize worth living, their life back. Ten murderers fighting for the only thing that matters to them…freedom.

Poker: a high-stakes, deadly serious professional sport. Doc Hill knows all too well the risks involved with the sport. Or so he thinks. But when one of the greatest poker players of all time dies, the stakes rise even higher. Doc must solve an increasingly frightening series of murders—and win the biggest tournament of his career—before he finds himself forced to fold his cards for good.

Bullets by Steve Brewer. Killing someone in Vegas breaks all the rules. When a contract killer bumps off a high roller in a Las Vegas casino, a tangle of romance, gambling, and gunplay follows. The killer, Lily Marsden, is a mysterious and cold woman who is a true professional. But soon, the casino owner, his henchmen, and the victim’s two brothers are on Lily’s trail.

Former Chicago cop Joe Riley is pursuing Lily too. She cost him his job as a homicide investigator when suspicion of a bookie’s murder fell on him. Joe is certain Lily killed the bookie, and Riley’s tracked her across the country to Vegas.

Throw in some local cops, a playboy, a new widow, a rug merchant, a harridan, and a couple of idiot gamblers named Delbert and Mookie, and the mixture soon boils with intrigue and murder. Add a splash of romance as a strange magnetism develops between Lily and Joe, dust the whole concoction with Steve Brewer’s trademark humor, and you end up with Bullets-a crime novel you won’t soon forget.