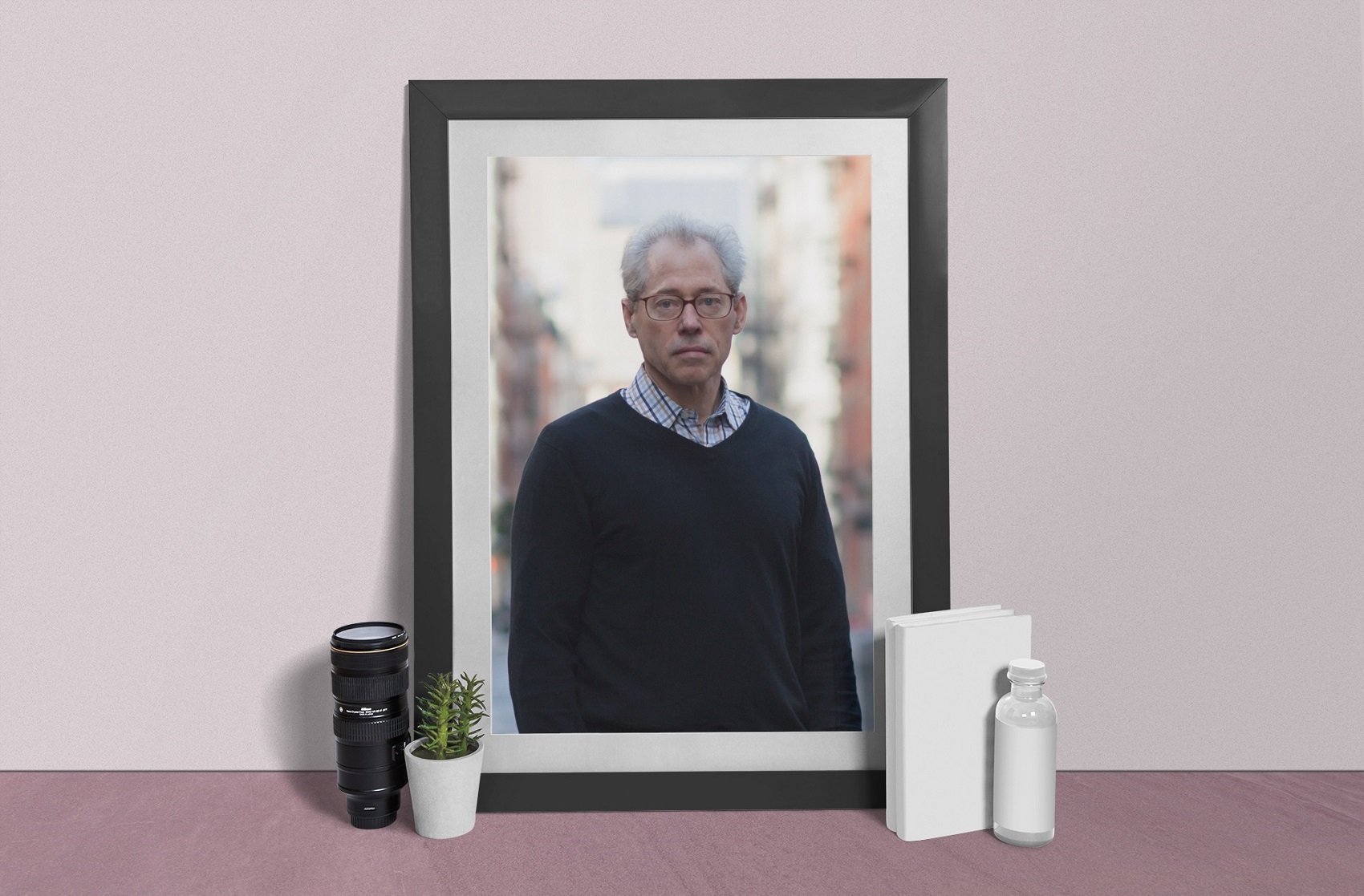 Paul Vidich’s The Mercenary (Release date: February 2, 2021) is a taut new thriller from an acclaimed spy novelist whose work sits perfectly alongside greats like John le Carré and Joseph Kanon. Vidich invites readers into a world of danger and deceit, and keeps the tension high and the pages turning until the very end.

The Mercenary happens in Moscow in 1985. The Soviet Union and its communist regime are in the last stages of decline, but remain opaque to the rest of the world—and still very dangerous. In this ever-shifting landscape, a senior KGB officer—code name GAMBIT—has approached the CIA Moscow Station chief with top secret military weapons intelligence and asked to be exfiltrated. GAMBIT demands that his handler be a former CIA officer, Alex Garin, a former KGB officer who defected to the American side.

The CIA had never successfully exfiltrated a KGB officer from Moscow, and the top brass do not trust Garin. But they have no other options: GAMBIT’s secrets could be the deciding factor in the Cold War.

Garin is able to gain the trust of GAMBIT, but remains an enigma. Is he a mercenary acting in self-interest or are there deeper secrets from his past that would explain where his loyalties truly lie? As the date nears for GAMBIT’s exfiltration, and with the walls closing in on both of them, Garin begins a relationship with a Russian agent and sets into motion a plan that could compromise everything.

What follows is a conversation with Paul Vidich about the novel, his life before and after becoming a writer and what influences his work.

MT:  What books did you read growing up? Were you always a reader?

PV:  I was a bit of a dreamer, a slow reader, and I was drawn to adventure stories. The book I remember best is Richard Mulvihill’s The Sands of Kalahari.  One of the best adventure stories I’ve ever read.  I couldn’t put it down and ached for more as the story ended.

The first spy novel that gripped me was John Le Carre’s The Spy Who Came In From The Cold.  The plot’s velocity and the story’s moral shadings drew me in.  I found Alec Leamas, the British agent who is sent to East Germany as a faux defector, to be deeply empathic.  Frederick Forsythe’s The Day of The Jackal is also a remarkable book.

MT: Prior to writing novels, you were a Music Executive. What drew you to that field? What made you decide to make the switch to writing full time?

PV:  I had written two atrocious novels by the time I was twenty-seven, when I learned I was to be a father.  I met the challenge of family responsibility by getting an MBA.  I launched into what became a very successful career in the music industry, but it was just a job and I continued to try to write on the edge of work and family, mostly early in the morning.

Although I loved doing it, my writing remained shallow and imitative.  My mother’s death in 1995 led me to explore my feelings in a way I never had before, and I wrote my first short story about a boy whose mother was dying.  It was probably the first honest thing I’d written.  I was 45.

More stories came, better stories, but my business career also blossomed and we needed my income, so writing became this little, honest hobby. I promised myself that I’d quit business when we were financially secure, and I’d take up writing again.  In 2006, at the age of 56, I surprised many colleagues when I didn’t renew my contract, and began a writing full time, enrolling in the inaugural Rutgers Newark MFA class.  I enjoyed my business career, and was good at it, but I always had the calling to write.

MT: Who are your literary influences?

I learned from these writers that the best works of fiction develop characters that we care about.    The spy genre, which I write in, has attracted many writers who are considered literary and their novels combine great stories with memorable characters.  Graham Greene’s The Quiet American; John Banville’s The Untouchable; Somerset Maugham’s Ashenden: Or The British Agent; Ian McEwan’s Sweet Tooth.  Each of these authors approaches the novel through character.

The best writers in the spy genre, all of whom have influenced me, are Eric Ambler, John Le Carre, Graham Greene, Joseph Kanon, and Charles McCarry.

MT: Since much of The Mercenary takes place in the USSR, did you do any traveling for research to Russia? How much time (and when) have you spent in Russia?

I have traveled many places, but I haven’t visited is Russia.  The story I wanted to write had to be set in Moscow, and I was initially intimated by the audacity that I could create a world in a city I’d never visited.  How could I hope to capture the spirit of Moscow in 1985?

The writer’s sleight of hand is to create a world that is authentic to the reader.  Historical fiction requires research, but it also requires creating a world around believable characters whose choices and values are convincing.  That’s what I tried to do with The Mercenary.

I was lucky to have John Beyrle, American Ambassador to the Russian Federation 2008-2012, and a counselor officer in the Moscow embassy in 1985, as an early reader. I was nervous while he read it, because he had been there – he had lived the moment I was trying to depict.  He was gracious in his suggestions and certainly helped make the book better.

MT: What drew you to the spy genre, both to read and then later to write?

PV: I, like most writers, write the books that I like to read. I suppose it was always in me to write that type of novel.

But there was a personal family tragedy that gave me the story that would inspire my first novel.  My uncle, Frank Olson, was an Army bioweapons scientist who died – was murdered – in 1953, when he fell nine stories to his death in NY.

In my uncle, I saw a man who did top secret work that he couldn’t discuss with his wife, who harbored doubts about the work, which he couldn’t share with his colleagues without appearing to be a security risk.  I found that type of man – the insider wanting to get out – interesting, compelling.  I asked myself, what if that had been me.  That character became George Mueller, the protagonist in my first novel.

My uncle, Frank Olson, was an Army bioweapons scientist who died – was murdered – in 1953, when he fell nine stories to his death in NY.

The literary spy novel emerged during the Cold War because it corresponded to our anxieties.  It was a world in which we were able to measure annihilation and hope.  Today, the enemy is stateless and violence seemingly random, which, I believe, makes us a bit nostalgic for the measurable dangers of the Cold War.

The literary spy novel allowed me to explore the sophisticated amorality of men at the top of intelligence bureaucracies.  These men inevitably bring some of the darkness into themselves, suffering the moral hazards of a line of work that sanctions lying, deceit, and murder.

MT:  You’ve traveled the world over and had some harrowing experiences: tell us about the time you were poisoned in Machu Piccu and the time you hitchhiked around the Mediterranean as age 17 with one-hundred twenty dollars.

My first trip to Machu Picchu in Peru started badly.  I was there on an exchange program…I poisoned myself chewing coca leaves as I arrived at the ancient city.  Coca leaves, from which cocaine is derived, were sold in all Peru’s open markets and I wanted to experience the high.  The narcotic in the coca leaf is released by calcium hydroxide (commonly known as builders’ lime), which is wrapped inside the leaf and placed in the mouth.

Salvia helps the lime release the narcotic and when it works, you feel very pleasant.  Too much lime, however, is poisonous.  I felt increasingly nauseous on the mini-bus that ascended to Machu Picchu, and when I arrived, I fell to the ground retching terribly, until I blacked out.

My first trip to Machu Picchu in Peru started badly.  I was there on an exchange program…I poisoned myself chewing coca leaves as I arrived at the ancient city.

I woke up one day later in a hotel room in Cuzco, 50 miles away, being cared for by a woman who headed the exchange program, who just coincidentally was at Machu Picchu when I fell ill.  She waited for me to wake up and then left.  How did she get me there? How did she find me?  She was gone before I got answers to those questions.  Still, to this day, I don’t know how she saved me.

The Mediterranean.  My parents had divorced in 1968.  I was graduating from high school.  I’d broken up with a girlfriend.  The Vietnam War was raging.  I wanted to disappear, vanish, and I wanted to forget.

I bought a cheap flight to Paris, and with one-hundred twenty dollars and a small duffel bag, I hitchhiked from Paris to Gibraltar, took a boat to Morocco, hitched across North Africa, sleeping roadside at night, and then through Istanbul up the Balkans through Austria and I arrived back in Paris with about ten bucks left in my pocket.  My parents had no idea where I was.   There no cell phones and I didn’t write.  Three months of restless wandering helped heal my spirit.

Mystery Tribune’s online archive of interviews and conversations with emerging and bestselling crime, mystery and thriller writers is available here.