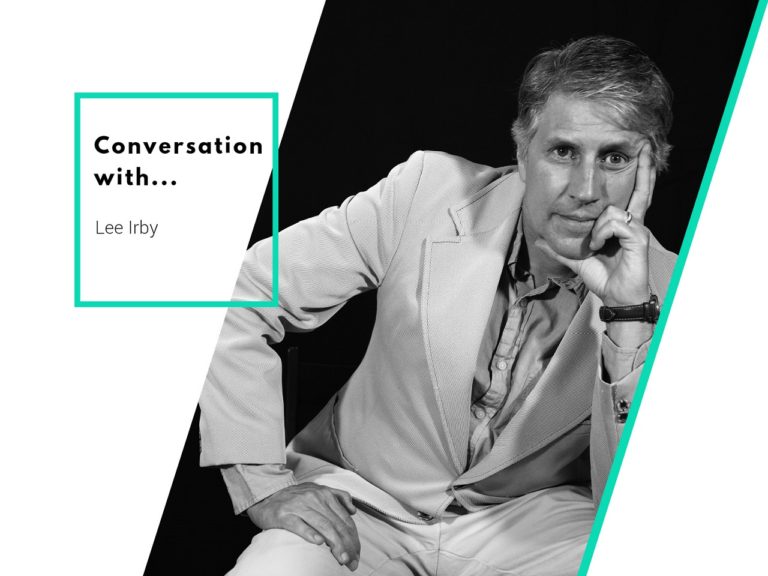 A Conversation with Lee Irby, Author of “Unreliable”

The new thriller by Lee Irby titled “Unreliable“, which Doubleday is publishing on April 18th, is the story of a charming college professor who most definitely did not—but maybe did—kill his ex-wife. Or someone else. Or no one.

Edwin Stith, a failed novelist and college writing instructor in upstate New York, is returning home for the weekend to Richmond, Virginia, to celebrate his mother’s wedding—to a much younger man. Edwin has a peculiar relationship with the truth. He is a liar who is brutally honest. He may or may not be sleeping with his students, he may or may not be getting fired, and he may or may not have killed his ex-wife, a lover, and his brand-new stepsister.

Lee Irby has crafted a sizzling modern classic of dark urges, lies, and secrets that harks back to the unsettling obsessions of Edgar Allan Poe—with a masterful ending that will have you thinking for days. What follows is a conversation with the author on how this exciting story came to life:

Tell us a little about the book and how you came up with the idea.

Unreliable follows Edwin Stith as he returns home to Richmond, VA, for his mother’s wedding but the catch is, he could be on a killing spree…or not, since he’s an admitted liar. Everything he utters must be taken with a grain of salt. He could be a lonely writing professor going through a bad divorce or he could be seriously losing it, or both. He is an unsuccessful novelist and steeped in the unreliable narrator genre, and so he is toying with the conventions while slavishly following them.

The idea came to me while delving into the background of Edgar Allan Poe, who was also from Richmond…Poe is one of those familiar authors whose work becomes even more poignant and alive the longer you stay away from it. I became fascinated by his very last visit to our shared hometown, where he was reunited with an old flame whose brothers hated him–and possibly had him killed. Since there is a glut of Poe novels, I decided to use the skeleton of the story instead and put Edwin in the position of Poe, who was poor and broken during his last Richmond visit. Desperate, even, and probably hopeful that his old flame, now a rich widow, would save him. But that was not to be.

What was most challenging in developing the plot for Unreliable or in character development?

Everything about the plot was challenging, but that’s why I loved working on it…I had the ending done halfway through, except I didn’t know it was the ending…it was just five random pages that didn’t seem to belong and I was going to delete them as soon as I figured out how this book worked. But those five pages just followed me around like a faithful pup until I realized it was THE ENDING. Once I realized I had a target to shoot, things became easier and harder–easier in that endings are impossible and I was lucky to have one, and harder because I was now confined by this ending and had to solve puzzles within the strictures of the last chapter.  Formulating plausible plot twists always plagues authors–and sometimes serendipitous ideas come out of nowhere and jolt you to very marrow of your bones. Rarely, though it’s been known to happen.

The characters all had elaborate backstories I kept in my notes, and so it just a matter of dreaming them up over time and scribbling down completely invented details about people who don’t exist–yet I did bestow real names from my past on the characters, though the names had no relation to the characters being written. I knew a girl in high school named Leigh Rose and always liked it. John Graziano is an old friend whom I miss very much. I paid homage to their memories.

Which character did you relate to the most? Why?

The most obvious answer is Edwin, the college professor narrator, since we are both teachers, novelists, and from Richmond. But I’m not Edwin, and thus the person I most relate to in the book isn’t him but instead Lola, his crazy student who may or may not be stalking him. I spend much of my professional life interacting with young adults, some of whom make poor decisions, and Lola stands for the hundreds of students I’ve taught over the years. I can relate to her in a highly specialized way, having had many students in my office trying to make sense of the world they are about to enter as fully grown adults. Everyone else in the novel seems to perplex Edwin, and while Lola remains a mystery, I think I understood where she was coming from.

Who are some of the authors and thriller novels which have influenced your work?

Edgar Allan Poe, for many reasons, but even now his nervous, arty, misunderstood narrators stand out for their virtuosity–few authors have captured the mania of a guilt-addled killer like he did. He invented the entire detective genre, let’s not forget. He is a beautiful prose stylist, a writer who kept his eye on eternity. Vladimir Nabokov’s Lolita also helped me guide me, and it’s no coincidence that I named my femme fatale Lola as a nod to the master.

As for living authors, I read Gillian Flynn and Paula Hawkins like the rest of the universe, but the first piece of commercial fiction I read that truly showed me How You Do It was The Hunger Games–it brought home to me the tricks that authors can deploy in order to create suspense. Usually I’m reading Shakespeare or books on math, and so I can take myself far from the mainstream. My daughter insisted I read it and I did only to placate her, and I was surprised by how much I enjoyed the craftsmanship. Lisa Unger is very skilled at diving into dark places without becoming maudlin. I thought Laura Lippman’s Wilde Lake was a strong effort, but I am horrible at having police or other professional people as characters. I traffic mostly in damaged goods.

Are you working on a new project?

Guilty! But that hasn’t changed since I was 14. The working title is The Three Obediences, and it’s based on a story I heard from a student who, during her freshmen year of college, sort of got mixed up with a married man–he kept begging her to meet him in a hotel. She never went, but I thought: what if she did? What could go wrong? Turns out, plenty.

Probably the best comes Mr. Bruce Springsteen…I saw a documentary on BORN TO RUN and he described how for each song on that album, he expunged every single cliche he could find–obsessively re-working each line until there was no trace of the mundane or the trivial. We all should adhere to that standard, of ridding our prose of the hackneyed and the trite. I hear the Boss’s gravelly voice inside my head when I go over my work–death to cliche! This forces us to be as specific as possible, and in so doing, provide details that make for vivid prose. 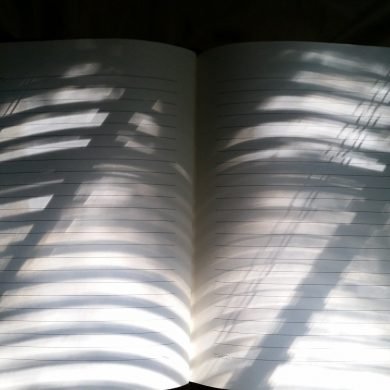