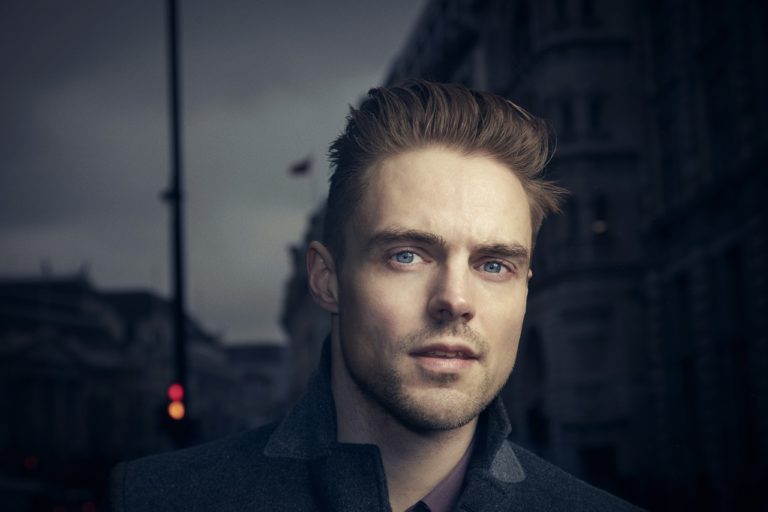 A Conversation with Joseph Knox Author of “Sirens”

Joseph Knox was born and raised in and around Stoke and Manchester, where he worked in bars and bookshops before moving to London. He reads, writes and runs compulsively and his debut novel Sirens is scheduled to be released by Crown on February 20, 2018.

A solid debut thriller, Sirens is characterized by some critics as a perfect read for fans of Tana French, Don Winslow, and Dennis Lehane.

Aidan Waits, the main character of Sirens, is a disgraced, and emotionally damaged yet capable man. He is tasked with infiltrating the inner circle of enigmatic criminal Zain Carver: Pulling the mission off while also rescuing Isabelle Rossiter, a runaway politician’s daughter, from Zain’s influence seems impossible. Zain is a mesmerizing, Gatsby-esque figure who lures young women into his orbit – women who have a bad habit of turning up dead. Before long, Aidan finds himself in over his head, cut loose by his superiors, and dangerously attracted to the wrong woman.

What comes next is a conversation with the author about his book and inspirations behind the story.

Q. What was your inspiration for writing Sirens? Where did the idea for the story originate?

A. I was at a house party very similar to the ones described in the book. Drink, drugs and sweat on the walls. No-one knew who owned the house, though, and it was clear that whoever was throwing the party wanted to keep it that way. At the time I was reading The Great Gatsby and thought this could be a moody modern update. Instead of Gatsby’s jazz-age shindigs, I’d have raucous drink and drug-fueled parties. Instead of Gatsby’s lost love, I’d give his equivalent a literally missing girlfriend – and instead of the naïve neighbor being seduced into this world, I’d have a young undercover detective who may or may not be destroyed by it.

Q. A review in The Guardian states that you present Manchester “as pungently and uncompromisingly as Ian Rankin does Edinburgh.” You depict the city so robustly, as if it were a character in and of itself. To what extent is the novel reflective of your experience living there?

A. The atmosphere’s what I was really living through. I’d kind of opted out of life in my early twenties, dropped off the radar, severed ties with friends and family and found myself working in the only place that would have me. The largest bar in the city, which had a bad rep for drugs and violence. I’d start work at 10pm and work until 4 or 5am. After that I’d wander the streets people watching.

Q. You work as the crime fiction buyer for Waterstones, the UK’s premier bookstore. Which crime novels have influenced you most?

A. Probably the American hardboiled stuff. Chandler, Hammett, Dorothy B Hughes, and neo-noir like Ellroy and William Gibson. Novels where life itself is as much a mystery as any murder.

Q. Given your expertise in the crime fiction world, are there any exciting trends you have noticed developing? Where do you see the genre heading? What exactly does it mean when we call Sirens “neo-noir”?

A.  Neo-noir implies a slightly more ‘knowing’ version of the classic hardboiled style – playing with the conventions of lone wolves, femme fatales and sad compromise – but hopefully in a fresh way.

The most interesting crime I’ve read lately has been of the true variety. The true crime novel coined by Truman Capote with In Cold Blood still holds enormous potential and appeal today, as media like Serial, The Jinx, Making a Murderer, etc all show.

Q. You portray the inner workings of a police department with a deep understanding of the intricacies of loyalty, power, and scandal. Beyond your own wide reading in the crime genre, did you conduct any other research while writing the novel?

A. I spoke to police officers but was rebuffed when they discovered Sirens would deal with corruption. Luckily I found that the banal betrayals and double-crosses of everyday life provided ample inspiration.

Q. Sirens reveals some of the human cost of the drug trade, from the commodification of the women who become involved with traffickers to the horrific deaths that can spread so easily with a bad batch of drugs. Did any news stories inform this aspect of the story?

A. Some was bitter firsthand experience, some was national news. Manchester has an enormous and heartbreaking drug problem with a so-called designer substance called Spice which is difficult to avoid.

Q. Each character in Sirens is somehow more compelling than the last—from our fallen hero Aidan Waits and his main adversary in drug lord Zain Carver to the cronies, groupies, and cops who populate your novel. Did you have a favorite? Were any characters especially challenging to write?

A. That’s very kind. My favorite character is probably The Bug. On the surface he’s the most horrifying and shocking in the novel, but actually has a heart buried beneath a vicious, defensive exterior. He’s also perhaps the only character who’s consistently honest with himself and others.

Q. Can you talk about the experience of publishing Sirens in the UK last year? Were your Waterstones colleagues surprised to learn that you had written your book, all the while working for a major bookstore? How did it feel when the novel went on to receive such fantastic acclaim from the likes of Lee Child and Val McDermid? What do you hope American readers take away from Sirens?

A. It completely changed my life. I worked on Sirens in secret for eight years, always broke, exhausted and desperate, during which time I lost friends, girlfriends and a great deal of hair. I was as surprised as everyone else when there was a bidding war for this dark little thing that came out of my head. The best feeling is when someone utterly unconnected with you falls in love with the book, though. A Russian girl got in touch saying she felt as though Sirens were written just for her. That felt better than any of the quotes or sales or reviews. I’d be happy if it found even one reader like that in the states.

Q. What are you working on next?

A. I’ve just finished the second Aidan Waits novel, The Smiling Man. It takes inspiration from a real life unsolved murder – one of the most confounding, weird and twisted that I’ve encountered. The victim’s identity has never been discovered, and I’ve used a similar case to raise questions of identity for my characters throughout the novel. I gave it absolutely everything I had, and I can’t wait for the world to see it.