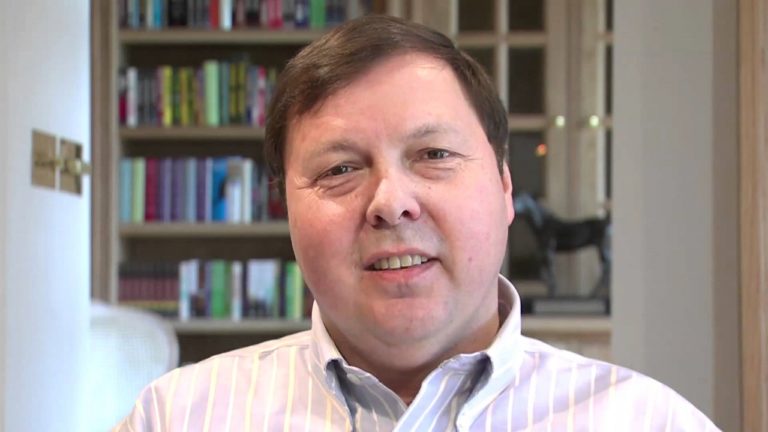 A Conversation With Felix Francis On New Thriller “Pulse”

Over the past 40 years Felix assisted Dick with both the research and the writing of many of his novels. His first novel written without his father was Gamble, published in September 2011, although it is still labeled as “a Dick Francis novel” written by Felix Francis.

What follows is a conversation with the author on his new thriller titled Pulse which is indeed a riveting read:

Pulse marks the introduction of Dr. Christine Rankin, the first female lead character in the Francis universe.  How did that come about?

That is meant to be a secret!!  At least until the reader gets to chapter 2. After 50 Dick/Felix Francis novels, I thought it was about time for a female protagonist. It also seemed to obviously fit the character I was trying to portray to make her female. I am happy with it although I think I will probably revert to type next time but maybe a female lead character will be back sometime in the future. Wait and see!

Rankin narrates this new racing crime story. As a writer, did you need to adjust your style in order to channel a woman’s voice?

Not really. Perhaps I’ve just been able to develop my female side!! However, my primary editor is my wife who reads everything I write as the book goes along, and she made some suggestions to ensure I wasn’t drifting too far off into testosterone territory. And my daughter-in-law says that I didn’t write enough about shoes, fashion and make-up. Oops.

The main character in Pulse is not a member of the horseracing community. What prompted that choice? Is it another first?

Chris Rankin is a doctor rather than being employed directly in racing but this is not the first time I have used a character with another job. Geoffrey Mason was a lawyer in Silks and Foxy Foxton was a financial adviser in Gamble. Also my father used many other professions in his novels. However, I think my books will always have some horse racing in them somewhere but they are certainly NOT about horses, they are about people, with racing just acting as the canvas onto which I paint the story. Readers don’t need to know anything about horses or racing to read the books, although they might learn a bit.

What medical research did you need to do to detail Rankin’s job as an ER physician?

I have discovered a newfound admiration for doctors. They know so much and the rest of us literally put our lives in their hands in the expectation they will get things right. I spent much time researching the medical situations I included in the novel and two doctor friends read what I’d written and put me right when I made a mistake. The trick is also explaining things in a way that not only makes sense to the readers but also is not so technical that it distracts them from the core storyline.

Like countless silent sufferers, Dr. Rankin is coping with mental health issues—panic attacks, an eating disorder, bouts of depression—all while treating patients in a high-pressure emergency room.  What kind of preparation did you do to capture her inner struggles?

Sadly, mental health problems are widespread and I am sure everyone knows someone who suffers in some way. I spent much time speaking with a close friend of mine who suffers in the same way as Chris Rankin and she was helpful in trying to describe the problems she encounters. However, as I write in the book, from the outside an eating disorder is impossible to understand and, from the inside, impossible to explain. I just did by best and I hope it reads true.

In the past, you’ve drawn from your own life to inform the story, for example your skill as a marksman (in Shattered and Under Orders) and as a physics professor (Twice Shy). What personal experience do you bring to Pulse?

The only personal experience I have brought to PULSE is that, as said above, I have a very close friend who suffers from the same mental health problems as my protagonist and hence I have witnessed at close quarters the pain and suffering that such issues cause both to the individual and to close family members. I have tried to deal with the situation sympathetically but without pulling any punches about the distress mental health conditions can produce and how they can impinge on any of us with little or no warning.

In the UK, racing is more than simply sport; it’s a major industry. Does the kind of race fixing described in the book send shock waves through the industry? Is it rampant?

Thoroughbred horse racing is a major industry worldwide including in the United States. In the UK, some 85,000 individuals are employed directly or indirectly by horseracing and its contribution to the UK economy is in excess of four billion US dollars.  I always claim that there is more skullduggery in my books than in reality but wherever there are large amounts of money and gambling, there will be those trying to beat the system and increase the odds in their favor. All I can say is that my books are welcomed by the racing industry at all levels in the UK, and I am lauded for furthering a greater interest in the sport by those who would otherwise remain unaware of the excitement of a horse race. And I like to think that I do not purposefully write something that specifically denigrates or unfairly criticizes racing as a whole.

After the death of your father you seamlessly picked up the reins of the popular franchise. Looking back, what was the hardest part of doing that? What came more easily?

Nothing about writing novels is easy but my greatest satisfaction comes from penning stories that people want to read, especially those who say they can’t see the join between my father’s work and mine. My greatest challenge, however, is convincing fans of my father that they won’t be devaluing their love of his work by reading mine. Some people seem to be scared that in some way they would be disloyal to my father by reading my books, and that would somehow diminish his reputation. What I say to them is: give me a go.

What sort of advice would you give aspiring mystery novelists?

Have a strong storyline and characters that the readers care about. They don’t have to necessarily like every character, indeed why would they like the villain, but they do need to care what happens to them. The main characters need to go on an emotional journey such that the events in the story change them in some way. That is what makes them interesting. Also don’t try and do too much too soon. Pace is vital with the excitement slowly building up to a crescendo at the end. Try to avoid clichés and surprise yourself – in that way you might surprise the readers too.

What’s coming up next in this bestselling franchise?

I am currently working on my next book, my 13th novel. I start writing at the beginning of each September, the finished manuscript to be handed in to my publishers at the beginning of March. Then there’s a couple of months of editing, copyediting, proofreading etc., then I take a month or two off before starting to plan and think of a new story to begin writing on September 1st. I have been following the same routine for the past 12 years and I will probably keep doing so for as long as I can, and for as long as people want to read what I produce.

Note: If you’d like to explore other novels by Felix Francis, check out the following titles.