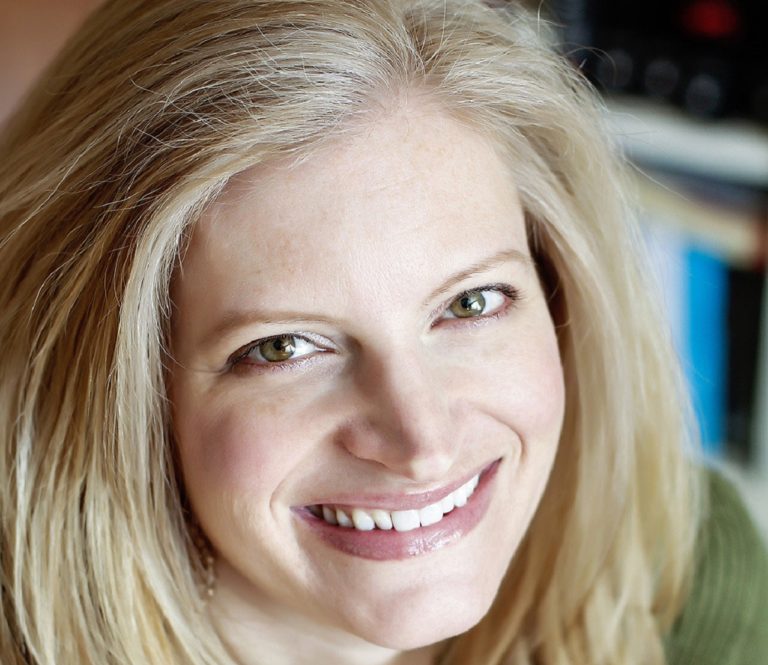 A Conversation with Amy Engel Author of “The Roanoke Girls”

As a child, Amy Engel spent summers visiting her grandparents in the small Kansas town where her mother was raised. Many years later, the small town memories became an inspiration for writing her first suspense thriller

The Roanoke Girls after publishing various YA novels.

What comes below, is a conversation with the author on the new novel, her characters and the future work ahead:

Q) The Roanoke Girls is a complex, multi-layered novel. What is the driving force behind the story?

A) I think there are a lot of varied threads running through the novel, but if I had to name one driving force I would say it’s the exploration of family and the way family secrets reverberate through generations.

Q) The Roanoke Girls is set in a fictional small-town in Kansas where the setting is almost a character in and of itself. Why did you choose to set the novel there?

A) My mom grew up in a very small town in Kansas and my great-grandparents continued to live there until their deaths when I was a teenager. So I spend quite a bit of time there growing up. That town was a very sweet place, but I always felt a little claustrophobic there, a little closed in. I could never shake the feeling that everyone was watching me, that everyone knew everyone else’s business. It was an unsettling feeling, especially when I was younger. I knew I wanted to someday set a book in that world. It’s such a distinct place; when I write about it I can see it, I can smell it, I can feel it. It’s visceral and I wanted to use that to evoke a very specific sense of place with The Roanoke Girls. It’s a book that wouldn’t work nearly as well in another setting.

Q) Family secrets are at the heart of The Roanoke Girls. How do secrets both push and pull on relationships?

A) Well, I think sometimes secrets can be relatively benign. Families are insular by nature, with unique traditions, rituals, and stories. Sometimes those benign secrets can make us feel safe and part of something bigger than ourselves. It’s when the secrets turn toxic that the problems begin. People feel trapped into keeping secrets because they are ashamed to admit either what’s been going on or their role in the horror, so that over time the keeping of the secret itself becomes almost as awful as what’s being hidden. The fear of being seen and known can make people stay silent for much longer than they should.

Q) Before turning to writing, you were a defense attorney. How did your legal career and the daily interactions you had impact your thinking about plot and characters?

A) Being a former criminal defense attorney impacts my writing constantly. For starters, I tend to operate in a very gray world, not much is black and white to me, and that bleeds over into most everything I write. I know that anyone is capable of almost anything given the right set of conditions. On the flip side, during my career I rarely met people who were true monsters. Most people who had done bad things still had redeeming qualities. I also learned more than I probably wanted to about the secrets a family can keep. No one ever really knows what goes on behind closed doors. And the ways in which people are willing to protect and enable each other are myriad.

Q) You’ve previously written a YA series, The Book of Ivy. Was it difficult transitioning from a YA audience to an adult audience? Was it something you consciously thought about while you were writing the novel?

A) It wasn’t that difficult for me to make the transition from YA to adult. I always begin by focusing on characters and that doesn’t change whether I’m writing YA or adult. For me, character is always king. I will say that during the writing of The Roanoke Girls I was definitely aware that I could go to darker places and explore those places in more detail than I would have if I’d been writing a YA novel.

Q) The Roanoke Girls jumps back and forth through Lane’s past and present, with other characters woven throughout. Did you know when you began how the novel would end?

A) I don’t outline before I write. I usually know how the story will begin and how it will end, but the middle is a giant mystery to me. I let the story tell me where it’s going most of the time.  The Roanoke Girls followed that pattern. I did have an alternative ending in the back of my mind, but it was much darker and I just couldn’t bring myself to write it. It didn’t feel natural or right, so I went with the ending I’d imagined all along.

Q) Is there one character in the novel who you were most drawn to or that came to you most naturally? On the flip side, who was the hardest character to write and why?

A) I felt a deep connection to all the characters in the novel and loved writing each of them. But if I had to name the one I was most drawn to it would be Lane. I just adore her. She’s a very damaged character, but she was a sheer joy to write. In fact, none of the characters were particularly hard for me to write. They all felt like real people which makes the writing flow. Gran could sometimes be a little tougher only because she is more careful with her emotions than some of the other characters.

Q) Some might describe Lane as a deeply flawed, unlikeable narrator. Do you agree? If not, how would you best describe her and what drives the decisions she makes?

A) Aaah, Lane. Some people really seem to have trouble with her. I would agree that she is deeply flawed. I would argue all day long about her being unlikeable, though. Lane is pretty self-aware; she knows when she’s being awful, she just doesn’t have the tools to react any differently. Her actions make sense to me given her past. She is the product of her upbringing and reacts, I think, appropriately given the pain and sadness of her life. She’s not perfect, to be sure. But she’s trying. She’s doing the best she can.

Q) Lane and Cooper have a pretty dysfunctional relationship. What was your thinking behind that?

A) Lane and Cooper were so interesting to write, both individually and as a pair. They’re two very damaged people who inflict a lot of additional pain on each other. But if they’d come from completely healthy, “normal” backgrounds I’m not sure they would have found each other. It’s that recognition of shared pain that draws them together in some primal way. And at the same time, they simply aren’t equipped (Lane especially) to feel or deal with those kinds of emotions. So their relationship is a constant push and pull of wanting to be together, wanting to do better, and simply not knowing how to go about accomplishing that.

Q) What are you working on next?

A) I’m working on a new character-driven psychological suspense novel. I’ve found I really like exploring the darker side of human behavior and emotion.