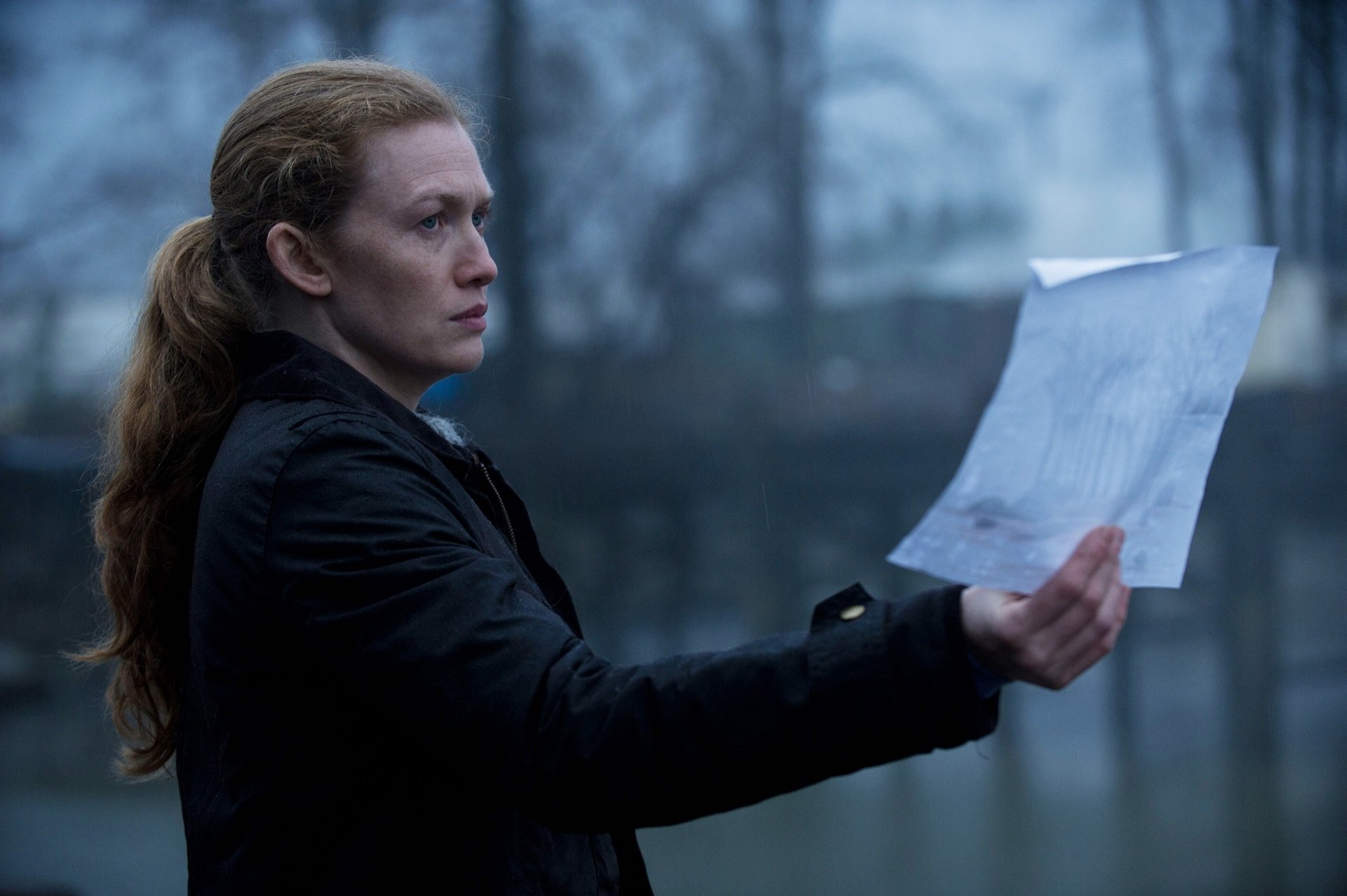 The Killing, the popular American crime drama TV series that premiered on AMC and later concluded on Netflix, is actually based on a Danish television series titled Forbrydelsen.  Both shows are moody, character-driven detective procedural series that weave a murder mystery through a full season or more.

In the American version, the stories unfold through the eyes of Sarah Linden, a dedicated detective with the Seattle Police Department who at first is assigned to mentor Detective Stephen Holder, formerly of the narcotics division. While their varied, pockmarked backgrounds produce two distinct investigative styles that at times clash – she’s by-the-book, he’s freewheeling – the partners manage to pull together in the name of justice, even after Linden makes a decision that changes both of their lives.

Being hardcore fans of Nordic Noir, we loved Forbrydelsen more than the American version and we are not alone: the show, in its original form, has been a hit around the world. Having said that, we recommend you watch both of them as there are not exact photocopy of each other. In fact, watching the Danish version helps you better see some of the nuances in the American version (so, start with the Danish one).

What we will do in this article, is to compare these two versions so that you can make a better judgement about their differences both from technical standpoint but also storylines.

Episode Length and Depth of the Story

Season 1 of “Forbrydelsen” has around 20 episodes, each close to 58 minutes long. In comparison, The Killing is much shorter and its season 1 includes 13 episodes of about 45 minutes each.

The Danish version’s plot goes much deeper given the longer depth and the viewers get a better understanding of some of the nuances associated with the storyline and the characters.

Forbrydelsen moves much slower than The Killing and the tone of the story is at times very formal. On the other hand, the conclusion of the cases are much more satisfactory and give the viewers a taste similar to the conclusion of traditional mysteries.

The Danish version is kind of cold when it comes to emotional temperatures. The Killing, on the other hand, like many American TV series is much more expressive and the viewers feel the heat.

Where Can You Watch Forbrydelsen?

Watching Forbrydelsen isn’t cheap. Amazong has a DVD version of the show available that you can purchase here. On the streaming side, you can watch the episodes on Sidereel.

Where Can You Watch The Killing?

As of March 2020, the series is not available on Netflix anymore but you can stream it on Amazon (see here).

So Is The Danish Version Better?

We certainly think so and have explained some of the reasons behind our thinking in the sections above. But not everybody thinks the same. For example, Morwenna Ferrier of The Guardian thinks otherwise:

For me, there’s no need to compare the two series to find the US version’s ‘flaws’. They’re different shows. Series one of the US version compressed the original’s 20 episodes into 13; of course that will change things. Yes, the structure is largely the same, but the plots shift in pace and tone. And if you need it, the US version borrows just enough from the original to keep you happy: water, mainly, and some lovely Faroe-inspired knitwear.

At the end of the day, as we suggested earlier, watch both series: they’re kind of complementary and you won’t be bored by any of them.

If you like Scandinavian crime genre, you can check out Mystery Tribune’s comprehensive coverage of the genre in films, TV shows and books here.