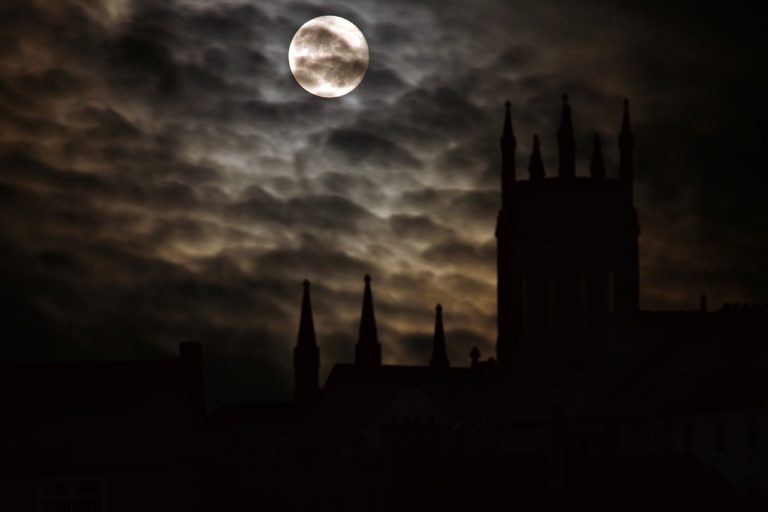 Every genre can include include significant elements of mystery and Dracula by Bram Stocker is a great example. First, what is mystery? To qualify as a mystery there must be certain conventions, they are: A crime, a secret, a detective, suspense and an orderly resolution.

The clever use of view point characters writing letters or journal entries in Dracula makes for an easier read than a straight narrative. The dialogue is engaging and authentic to the characters represented. But, is Dracula a horror novel or a mystery novel?

Because of the legend of Count Dracula and his castle, we plow through the introductory part of the novel reading over Jonathan Harker’s shoulder as he makes journal entries. We find out he is headed, by train, to Transylvania. The tiny mention of his overnight stay at a hotel in Klausenburgh doesn’t make an impression on us, not really. He writes that he doesn’t sleep well because of a dog that howls all night. We also learn that the area he will visit in Transylvania is where the descendants of Attila the Hun live.  Bistrita, which is his destination, and where the castle of Dracula is, is described as a ‘very stormy’ place, fires, sieges, war, famine, disease…are particularly noted, but that is true of nearly all Europe in history, so we excuse it.

The inn where Jonathan stays gives us our first glimpse of the Count Dracula’s reputation. The people fear him. This becomes obvious and Jonathan Is headed to the count’s lair.

Crimes are committed though we are unsure they are crimes, initially. Secrets, oh there are secrets kept from one another, though Mina Harker and husband Jonathan profess they will always be totally honest and truthful with each other. This cannot always be. Our detectives become a foursome led by the distinguished Dr. Sewald and Monsieur Van Helsing, professor Godalming and to a lesser degree Jonathan Harker; Mina is more the detective than he.

Suspense? A boat load of it as they find out what really happened to Lucy Westener the friend and confidant of Mina Harker, and  the soon to be wife of Arthur Quincy who becomes part of the team that goes after Dracula.

We follow the viewpoint characters via their diary or journal entries throughout the story feeling every discovery’s emotional charge though we may not always know what it means. Finding the boxes of earth (home soil) that came to London from Transylvania becomes the key to Dracula.

Jonathan’s visit to Count Dracula in Transylvania and Lucy’s murder are the inciting incidents. It appears we will come full circle from Transylvania to Transylvania. Throughout, we follow most closely, the detective, Mina Harker’s wisdom which outshines the others even as we suspect she has become a tool to the dreadful Dracula. Yes, Dracula is a very credible mystery dressed in the guise of horror.

Note: Billie A Williams is an award-winning, multi-published mystery suspense author with more than thirty novels and numerous articles to her credit.