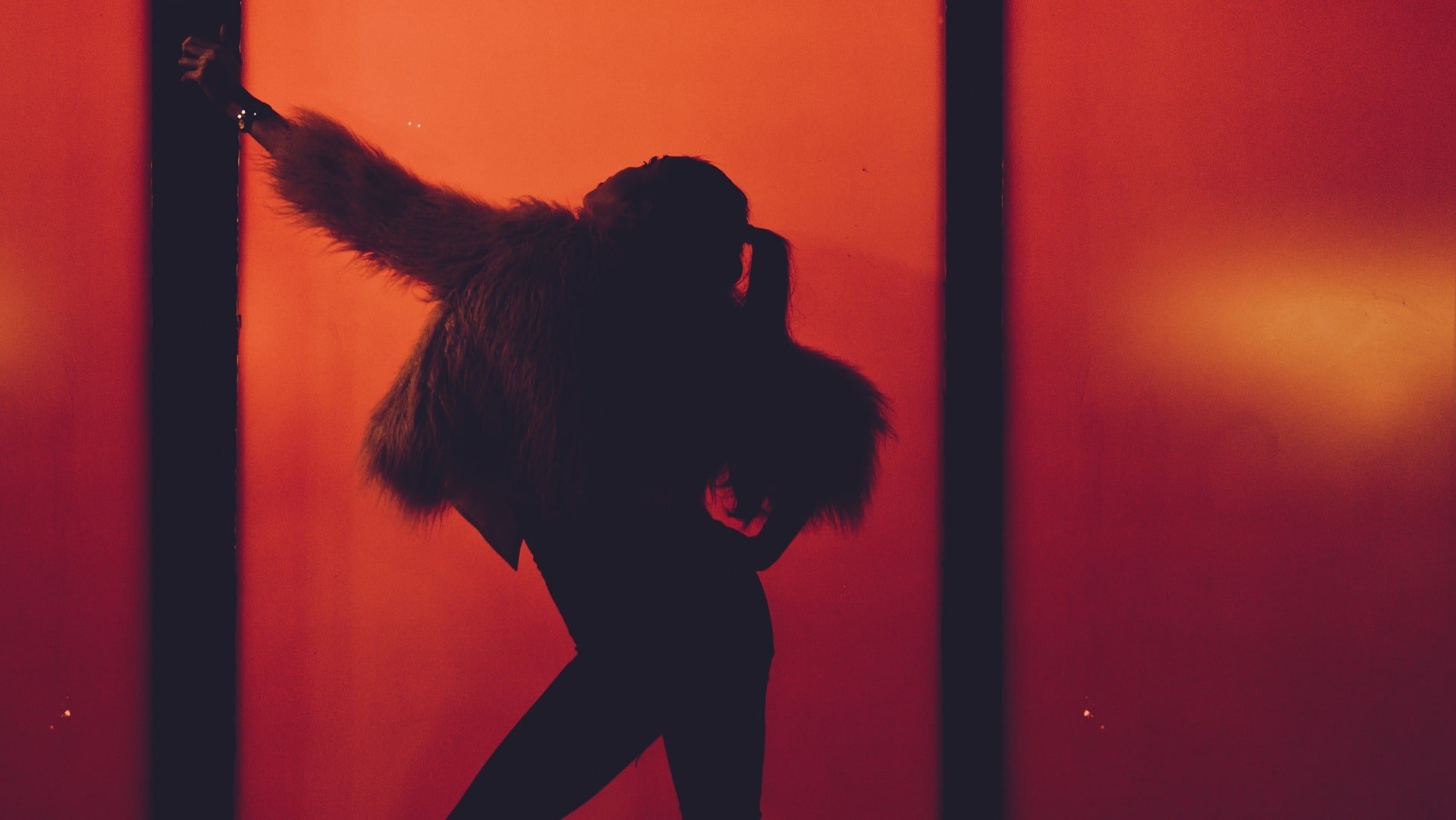 In Black Saint and the Sinner Woman, Jazz noir flash fiction by Mike Aaron, Lee, a man with mental issues, tracks down a woman a friend is searching for. The story is centered around the same character featured in “Boogiestop Shuffle”  and Gunslinging Bird, also published by Mystery Tribune.

Lee lay on his bedroom floor with his head under the bed like a mechanic under a car. Too bright. Lee can’t concentrate with too much sunlight. Lee needs to think. Lee has one friend and his one friend’s name is Charlie. Charlie needs help. Charlie’s girl left him and his heart broke and Lee said he would find her. Lee can find things.

Lee can find ANYTHING. Most people think Lee is stupid but Charlie is Lee’s friend because Charlie knows Lee is SMART. Lee likes Charlie because Charlie knows all the words Lee uses and uses words Lee can understand. Most people speak a different language than Lee but Charlie can jive with him. Once on his birthday Charlie took Lee on the train to New York City to see Mingus Dynasty. Lee had never had a birthday before.

Lee can find ANYTHING. Most people think Lee is stupid but Charlie is Lee’s friend because Charlie knows Lee is SMART.

The second birthday was a party with a girl. Lee did not like this as much as seeing Mingus Dynasty and Charlie could tell he was scared so he partied with the girl instead and then took Lee out for breakfast for dinner which Lee liked. Lee had eggs and rye toast with scrapple and Charlie listened to him talk about the album Charles ‘Baron’ Mingus West Coast ‘45-’49 and the 96 page booklet that came with it, which Lee loved more than he loved cheesecake.

Few days back Charlie comes by and says let’s have coffee. Lee loves coffee too. Charlie talks and Lee listens which is how Lee likes it. Charlies says sorry I haven’t been around. Got a new girl and the new girl’s name is Sarah.

Like in the Bible Lee thinks, but does not say. I love Sarah, he says, she was the finest woman I’ve ever been with, finer than Sabrina. Lee is surprised because Charlie always said Sabrina was the finest. Lee thinks about how some people in his neighborhood pronounce Charlie’s name like Chalie.

Charlie talks and Lee listens which is how Lee likes it. Charlies says sorry I haven’t been around. Got a new girl and the new girl’s name is Sarah.

“Can you find her for me, man? I love her” Charlie says. Lee does not know about love. Lee loves Mingus, Lee loves burnt ends, Lee loves the way the grass looks on the field at Lincoln High in Spring but you can’t lose those things. Things you love are yours always. It doesn’t matter. Lee does know finding people.

Lee nods. Chalie starts talking about Sarah, where she lives, where she works. Charlie said he tried those places and she’s gone. Lee drifts off. Lee doesn’t want to hear this, it will just confuse him. He just needs her name, she has a good name. Sarah Dolcetto. Good names are names that some people have, great names are names one person has like Xavier Cougat. Bad names are names everyone has like Joe Jones. Lee can find bad names too but it takes time and Charlie seems like he wants Sarah back now. That must be what love is.

Charlie tried to tell Lee about Sarah but Lee said no. Lee has a process. Before you play the music you have the warm up, find the chords, Lee flexed his muscles. Lee placed the bow against the bass. Lee worked into rhythm. He found her facebook page where her name wasn’t Sarah Dolcetto but Sarah Marie.

He found her on all the sites. She had pictures. Pictures like she wanted people to know she was pretty. She talked back and forth with friends. She talked with co-workers.

Sarah was a dancer, Sarah danced all over. Lee read about dancers. Lee read dancer’s worked in lots of clubs not just one club. Lee read forums where men talked about dancers and who worked where and what the dancers would do if you paid extra. They called paying extra “extras” like Sarah does extras for 20 bucks. On one picture site Sarah wasn’t called Sarah but SarahSmiles.

Lee searched for SarahSmiles. SarahSmiles posted videos and pictures and posted on forums about tv shows and cars. Lee stayed up all night and found other posters on other sights who said things like Sarah said. People who said they think Tori was wrong and should have gone to Lisbeth’s party. People posting about Camaro’s.

People posting looking for the same things SarahSmile looked for. Lee made connections. Sarah wasn’t just Sarah. No one was just anyone anymore. People had multiple lives, they covered their tracks but Lee could always see. Like a pilot who navigates with dead reckoning. Lee plots his points and isn’t blind.

Sarah Dolcetto is SarahSmile and she is Babybee97883, who dances on the internet for money. She was once Sarah Marcus but that was only 8 months. She is also 342-21-7353. She is email addresses and old apartments and nudes for sale on Onlyfans. She is liens, an arrest, a bank account with 577 dollars in it. She is 36 years old. She had breast enhancement surgery. Lee knew men would call that a boob job but he didn’t like saying boob. There was nothing about a human life that wasn’t on the internet and cant be found. Except for where Sarah was right this moment.

Lee gets in the car. It is time to cruise. Time to work. Lee sits in the parking lot of the Purple Orchid 2. He got there at 11 am to see the first shift dancers come in. Parked next to him was a guy waiting too. Turns out he was waiting for the club to open. He is there at 3:30 to watch the last shift leave and a big guy in shades with flabby arms in a cut off shirt lock up.

People posting looking for the same things SarahSmile looked for. Lee made connections. Sarah wasn’t just Sarah. No one was just anyone anymore.

Lee dumpster dives and finds nothing but broken ass bottles and sandwich wrappers. Mingus is his company. He listens to Tijuana Moods. Lee does it again as the Oasis with Tonight at Noon and at Club Onyx with At Bohemia and then The Gold Club, where he can’t sit in his car because its downtown so he walks around the block all day and night and listens to Mingus in Paris on his headphones. No Sarah.

He saw her but he saw the numbers too, the names and the places and the cars and the accounts, It’s all just numbers and notes, it all jumbles together. Lee doesn’t really see. But Lee can’t get that out. He just says sorry and Chalie hangs up without saying goodbye.

Lee works harder. Lee waits around at all the clubs and then the ones in the burbs. Lee waits outside Sarah’s momma’s house. Lee can see but sometimes it takes brute force. He waits at her friends houses. He waits by her old address. He goes through her all credit card statements and looks for patterns. He waits by the place she bought coffee 72 times last year. He waits by the nail salon. He digs deeper. He gets her library card account and waits by the Tioga Branch. Lee smiles to himself. Lee loves puzzles.

Lee makes calls. Friends, family. Lee says he’s the bill collector to scare people. Lee says he works at the club and has back pay to excite people. People say: Sarah’s gone. A friend says: Sarah needs the money. Give me the money and I’ll get it to her. Lee say’s OK. He meets the friend and asks where Sarah is. He asks sloooow so he sounds like regular. She says Sarah been hiding, bad boyfriend. Makes sense Lee thinks. But he says: that’s sad. And he means it.

The pieces fit together now and Lee feels a sense of longing. The puzzle will soon be complete. Just a few last pieces. He follows the friend who has the $250 dollars he gave her. She drives out to the suburbs. Apartment building looks like every apartment building in the suburbs. Doors open right outside like a motel. Sarah opens the door, looks bad, she only has one eye, wears a patch like a pirate.

Lee sits in the car and tries to summon an emotion. Sometimes he can feel close. He knows that he should feel bad. That his friend hurt someone. He should feel sad for Sarah. He wants to.

He longs to. He turns on Mingus Plays Piano and lets the Baron try to take him there. The only swelling he can feel is a sense of relief that Chalie might not be mad. And some happy that Chalie and him might go on being friends. He calls Chalie and gives him the address, he does not sound pleased, he sounds grim but says he is on his way. Lee tells him to make sure he grabs the $250 bucks he gave her. He wants that back.

If you have enjoyed Black Saint and the Sinner Woman by Mike Aaron, our free digital archive of crime, thriller, and horror flash fiction is available here. Additionally, premium short fiction published by Mystery Tribune on a quarterly basis is available digitally here. 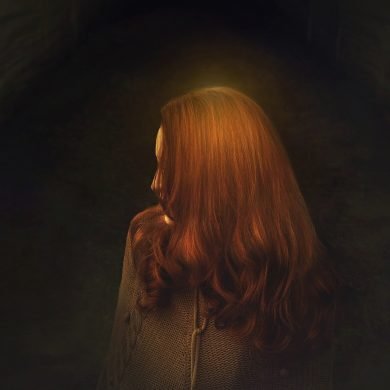