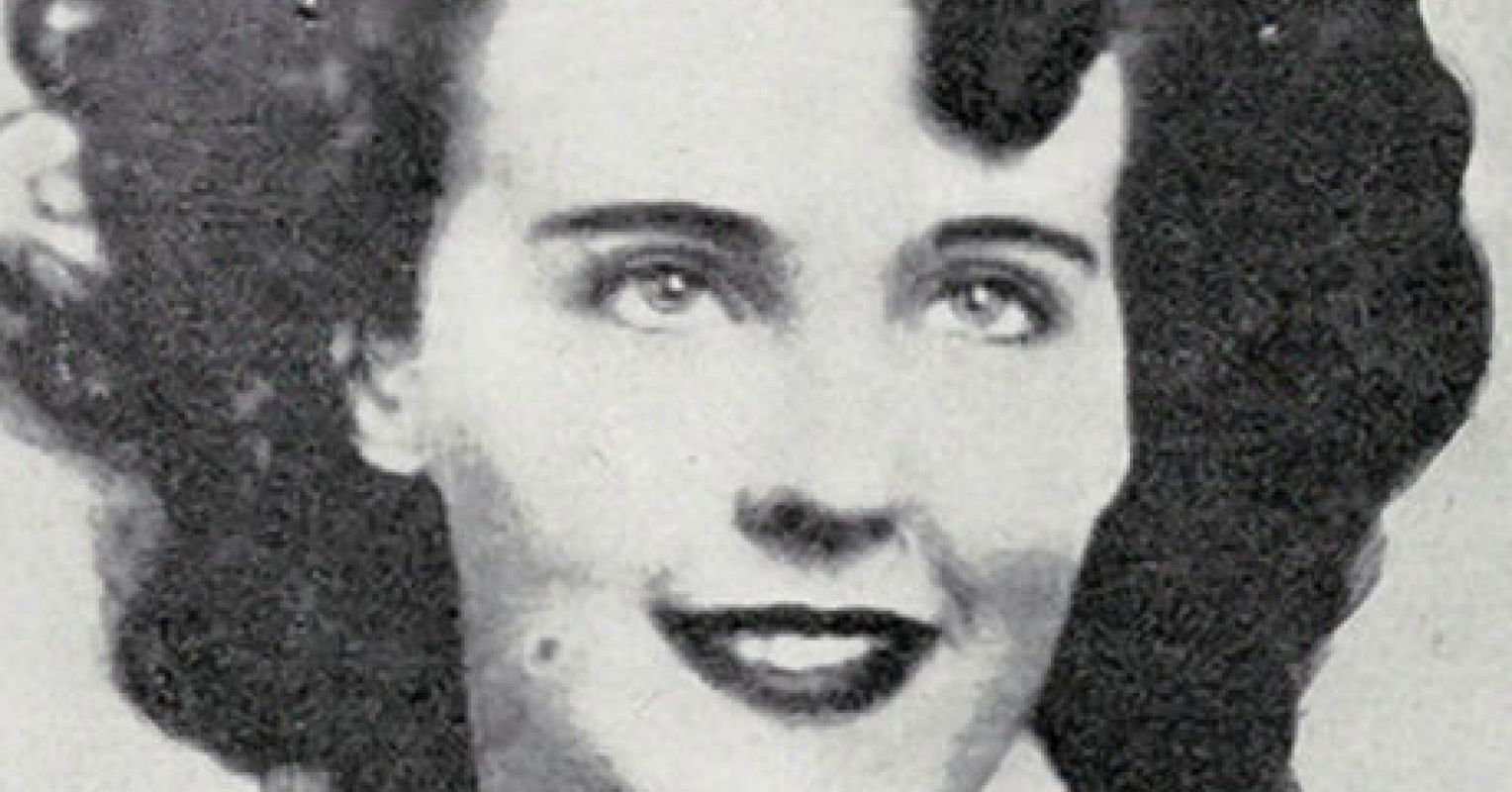 Black Dahlia, as many agree, is one of the top unsolved crimes in the history of the United States. Black Dahlia refers to an American woman named Elizabeth Short who was found murdered in the Leimert Park neighborhood of Los Angeles, California in 1947.

Her case became highly publicized due to the graphic nature of the crime, which included her corpse having been mutilated and bisected at the waist.

Her life and death have been the basis of numerous books and films, and her murder is frequently cited as one of the most famous unsolved murders in American history, as well as one of the oldest unsolved cases in Los Angeles County. It has likewise been credited by historians as one of the first major crimes in post–World War II America to capture national attention.

In the following sections, we aim to provide an overview of the case, important facts and figures and major books and movies inspired by Black Dahlia case.

How old was Black Dahlia when she died?

Where is the Black Dahlia buried?

She is buried in Piedmont Funeral Services and Mountain View Cemetery in Oakland, California.

The Mountain View Cemetery is a 226-acre rural cemetery that was established in 1863 by a group of East Bay pioneers under the California Rural Cemetery Act of 1859. The association they formed still operates the cemetery today.

The following is a list of non-fiction and fiction books covering the tragedy surrounding Elizabeth Short’s death:

Black Dahlia: The Story of America’s Most Gruesome Murder by Roger Harrington. The sun rose over Los Angeles that Wednesday morning in 1947, and a light breeze from the southeast ruffled the hair of Betty Bersinger and her three-year-old as they took a walk down South Norton Avenue in the Leimert Park neighborhood in southern Los Angeles.

It was just two weeks into a new year, January 15, 1947. WWII had been over for almost two years, and dawn was breaking on the cold war. Harry Truman was president. He’d taken charge of the country after Franklin Delano Roosevelt died in 1945, and the country was beginning the push back against the communist ideals of the USSR.

It’s a Wonderful Life had just debuted at Christmas 1946, and nobody knew it would grow to be a classic. The Old Lamplighter by Sammy Kaye and his Orchestra was at the top of the Billboard charts, but swing music was on its way out, soon to be replaced by doo-wop, pop, and rock and roll.

Los Angeles was in a real estate boom. G.I.s home from the war were using the new G.I. Bill to buy vacant lots waiting to be transformed into subdivisions with houses to raise the children who would become the Baby Boomers. Betty Bersinger noticed a white discarded store mannequin laying in a scraggly, undeveloped lot near the side walk, its top half separated from the bottom half.

A closer look revealed two things. The discarded mannequin was actually the naked body of a woman who’d been cut cleanly in half, and the discovery would become one of the grisliest, most notorious murders ever committed in the United States.
It’s been some 70 years, and still—no one knows who did it.

Black Dahlia Avenger: A Genius for Murder: The True Story by Steve Hodel. In 1947, the brutal, sadistic murder of a beautiful young woman named Elizabeth Short led to the largest manhunt in LA history. The killer teased and taunted the police and public for weeks, but his identity stayed a mystery, and the murder remained the most tantalizing unsolved case of the last century, until this book revealed the bizarre solution.

Steve Hodel, a retired LAPD detective, took up the case, reviewing the original evidence and records as well as those of a separate grand jury investigation into a series of murders of single women in LA at the time. The prime suspect had in fact been identified, but never indicted. Why? And who was he?

In an account that will remind movie lovers of both LA Confidential and Zodiac, for the corruption it exposes and the insight it offers into a serial killer’s mind, Hodel demonstrates that there was a massive police cover-up. Even more shocking, he proves that the murderer, a true-life Jekyll and Hyde who was a highly respected member of society by day and a psychopathic killer by night, was his own father.

The Black Dahlia (Book 1 of L.A. Quartet) by James Ellroy. The highly acclaimed novel based on America’s most infamous unsolved murder case. Dive into 1940s Los Angeles as two cops spiral out of control in their hunt for The Black Dahlia’s killer in this powerful thriller that is “brutal and at the same time believable” (New York Times).

On January 15, 1947, the torture-ravished body of a beautiful young woman is found in a Los Angeles vacant lot. The victim makes headlines as the Black Dahlia — and so begins the greatest manhunt in California history. Caught up in the investigation are Bucky Bleichert and Lee Blanchard: Warrants Squad cops, friends, and rivals in love with the same woman.

But both are obsessed with the Dahlia — driven by dark needs to know everything about her past, to capture her killer, to possess the woman even in death. Their quest will take them on a hellish journey through the underbelly of postwar Hollywood, to the core of the dead girl’s twisted life, past the extremes of their own psyches — into a region of total madness.

The Black Dahlia Files: The Mob, the Mogul, and the Murder That Transfixed Los Angeles by Don Wolfe. In 1946, Elizabeth Short traveled to Hollywood to become famous and see her name up in lights. Instead, the dark-haired beauty became immortalized in the headlines as the “Black Dahlia” when her nude and bisected body was discovered in the weeds of a vacant lot.

Despite the efforts of more than four hundred police officers and homicide investigators, the heinous crime was never solved. Now, after endless speculation and false claims, bestselling author Donald H. Wolfe discovers startling new evidence—buried in the files of the Los Angeles District Attorney’s Office for more than half a century.

But Wolfe goes even further to unravel the large-scale cover-up behind the case. Wolfe’s extensive research, based on the evidence he discovered in the recently opened LADA files, makes The Black Dahlia Files the authoritative work on the murder that has drawn endless scrutiny but remained unsolved—until now.

The Black Dahlia (2006). Two cops in 1940s Los Angeles investigate the murder of a Hollywood starlet (Mia Kirshner), and one (Aaron Eckhart) puts his marriage in jeopardy by obsessing over the crime, while the other (Josh Hartnett) becomes involved with a woman (Hilary Swank) from a prominent family, who happens to have an unsavory tie to the victim.

The Black Dahlia Haunting (2013). A young woman investigates the murder of her father by her blind younger brother and disturbs the vengeful spirit of Elizabeth Short.

Real History: What happened before her death?

On January 9, 1947, Short returned to her home in Los Angeles after a brief trip to San Diego with Robert “Red” Manley, a 25-year-old married salesman she had been dating.

Manley stated that he dropped Short off at the Biltmore Hotel located at 506 South Grand Avenue in downtown Los Angeles, and that Short was to meet her sister, who was visiting from Boston, that afternoon. By some accounts, staff of the Biltmore recalled having seen Short using the lobby telephone. Shortly after, she was allegedly seen by patrons of the Crown Grill Cocktail Lounge at 754 South Olive Street, approximately 0.4 miles (0.64 km) away from the Biltmore Hotel.

On the morning of January 15, 1947, Short’s naked body was found severed into two pieces on a vacant lot on the west side of South Norton Avenue, midway between Coliseum Street and West 39th Street (at 34.0164°N 118.333°W) in Leimert Park, Los Angeles.

At the time, the neighborhood was largely undeveloped. Local resident Betty Bersinger discovered the body at approximately 10 a.m. while walking with her three-year-old daughter. Bersinger initially thought she had found a discarded store mannequin. When she realized it was a corpse, she rushed to a nearby house and telephoned the police.

The notoriety of Short’s murder has spurred a large number of confessions over the years, many of which have been deemed false. During the initial investigation into her murder, police received a total of 60 confessions, most made by men. Since that time, over 500 people have confessed to the crime, some of whom had not even been born at the time of her death. Sergeant John P. St. John, a detective who worked the case until his retirement, stated, “It is amazing how many people offer up a relative as the killer.”

In 2003, Ralph Asdel, one of the original detectives on the case, told the Times that he believed he had interviewed Short’s killer, a man who had been seen with his sedan parked near the vacant lot where her body was discovered in the early morning hours of January 15, 1947.

A neighbor driving by that day stopped to dispose of a bag of lawn clippings in the vacant lot when he saw a parked sedan, allegedly with its right rear door open; the driver of the sedan was standing in the lot. His arrival apparently startled the owner of the sedan, who approached his car and peered in the window before returning to the sedan and driving away. The owner of the sedan was followed to a local restaurant where he worked, but was ultimately cleared of suspicion.