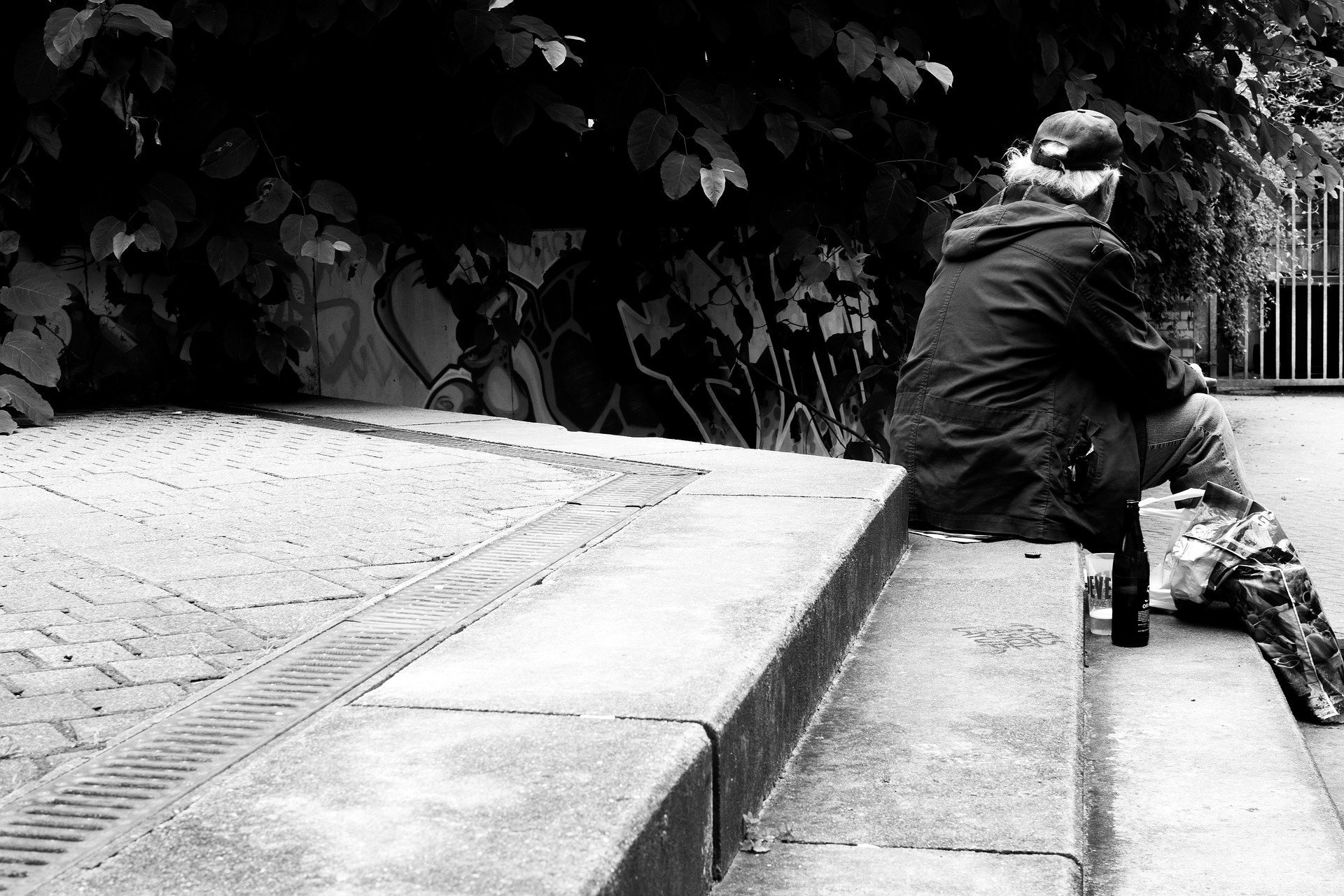 Zachary Loewenstein, author of literary flash fiction Big Bird, retired from the Non-Arab Affairs Department of the Shin Bet (The Israel Security Agency) as an officer.

Big Bird felt especially clever after pocketing a plastic ashtray from the local tavern after last call on Tuesday night. The barmaid had noticed but felt sorry and embarrassed at his clumsy attempt at discretion. What did it matter anyway she thought. He usually tipped and never made a mess.

While walking home from the tavern, Big Bird stepped into an alley to huff some glue and drink a small bottle that he had bought earlier at the gas station.  It was vodka and it was on sale.  The vodka was made in Missouri and truly tasted like poison.

It didn’t really matter at this point. His head instantly felt warm, even as the snow began to fall around him.

Big Bird was a bit dizzy and confused when he mistook Oscar in his trash can as a packed weed bowl and set him on fire.

After almost two months in the burn ward, Oscar died of infection.  His last words were, “I want to be a garbage man.”

Big Bird is now wracked with guilt. His drinking problem and depression have gotten worse.  He hasn’t bathed or cleaned his tiny studio apartment in weeks. It smelled like Oscar’s charred flesh.  Everything does now.

Standing next to the broken hotplate, he finishes another fifth of cheap Canadian whiskey and holds onto the edge of the sink for balance.

“Man did I used to get laid.” He almost smiles and says to himself, “Good pussy too.”

Big Bird vaguely remembers some obligation to pay an electric bill or maybe sewage.  It’s hard to remember anything these days or care for that matter.

Big Bird closes one eye to focus and stares at his dark green acrylic bong, a quarter filled with putrid brown water and then his break-action shotgun which he had recently moved from under the bed.

To read other stories from Mystery Tribune’s collection of flash fiction, go here.