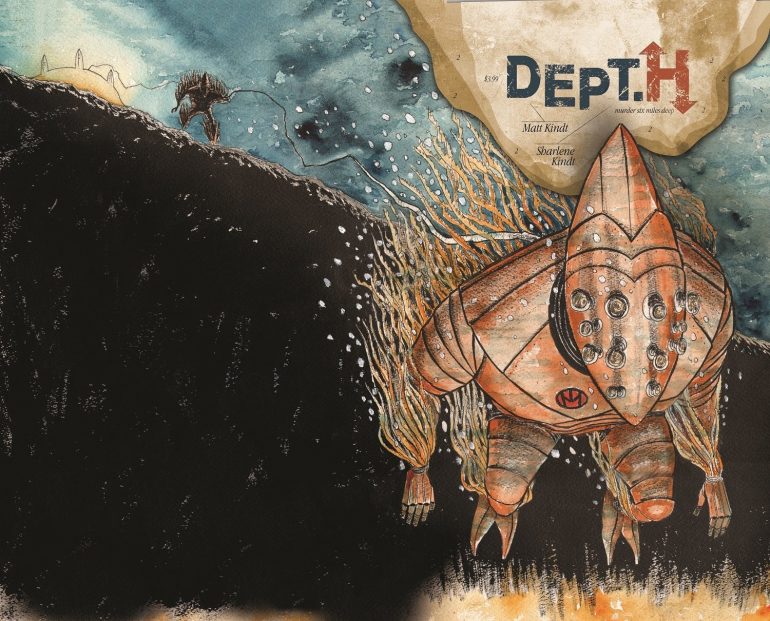 Dept. H is, in our view, one of the most notable crime graphic novel series of the past few years. The series which is still ongoing, is created by Matt Kindt and published through Dark Horse Comics.

Kindt is a comics veteran: His collaboration with Brett Warnock on the design for Lost Girls (by Alan Moore and Melinda Gebbie) was nominated for the Eisner Award in publication design in 2007 and his ongoing series MIND MGMT has been optioned by Ridley Scott.

The first issue, now part of Dept. H Volume 1 – Pressure, was released on April 20, 2016, and sold an estimated 9300 copies. The story which is essentially a whodunit mystery with Sci Fi setting, is truly fascinating. We immediately treasured it for its breathtaking aesthetic and compelling narrative:

Mia, the lead character, is the daughter of a prominent scientist who recently died in his large laboratory in the bottom of the ocean. The underwater complex is part of a research initiatives run by USEAR (Underwater Science Exploration and Research), which Mia’s father helped to start many years ago.

USEAR sends Mia as a special investigator to the complex to find the truth behind her father’s death and uncover possible sabotage taking place at a deep-sea research station, where a bitter and paranoid crew try to keep the base functional. 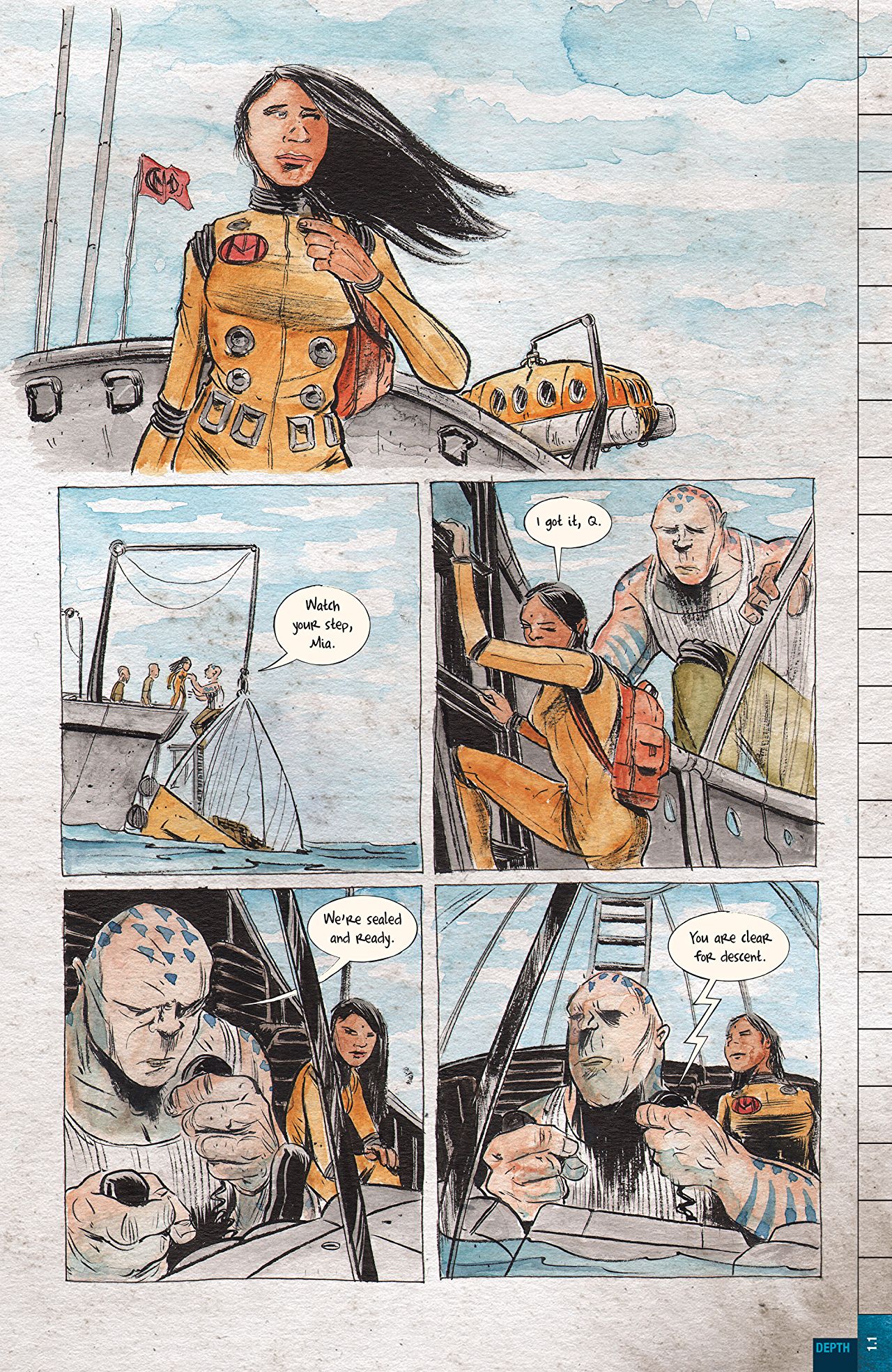 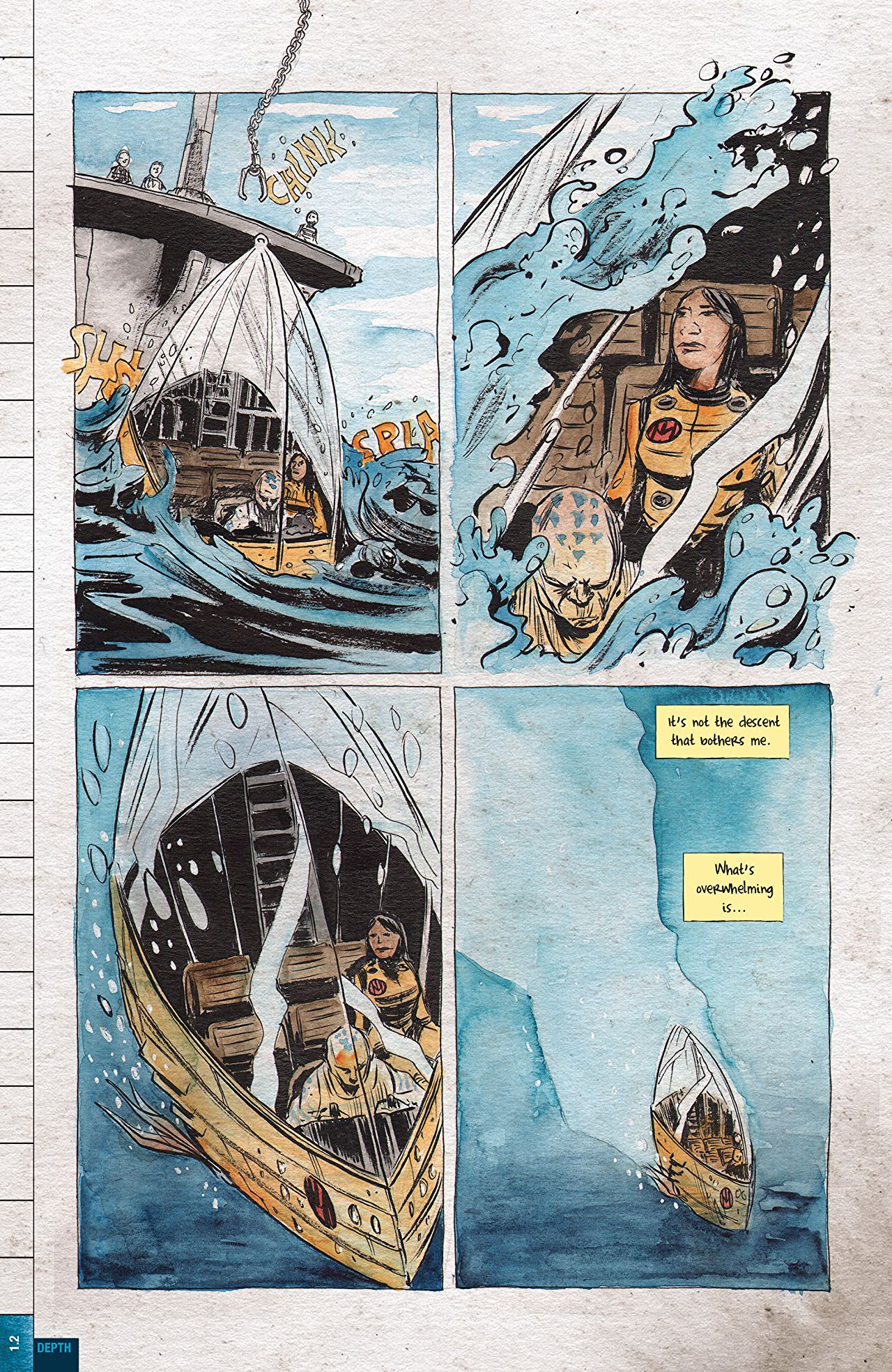 Dept. H Volume 1 – Pressure, is a brilliant graphic novel in many ways…

Upon arriving at the station, Mia has to overcome many challenges and threats while trying to investigate what appears to be a mind-blowing crime scene filled with suspects with terrible secrets, strange deep-sea creatures, and an impending flood. 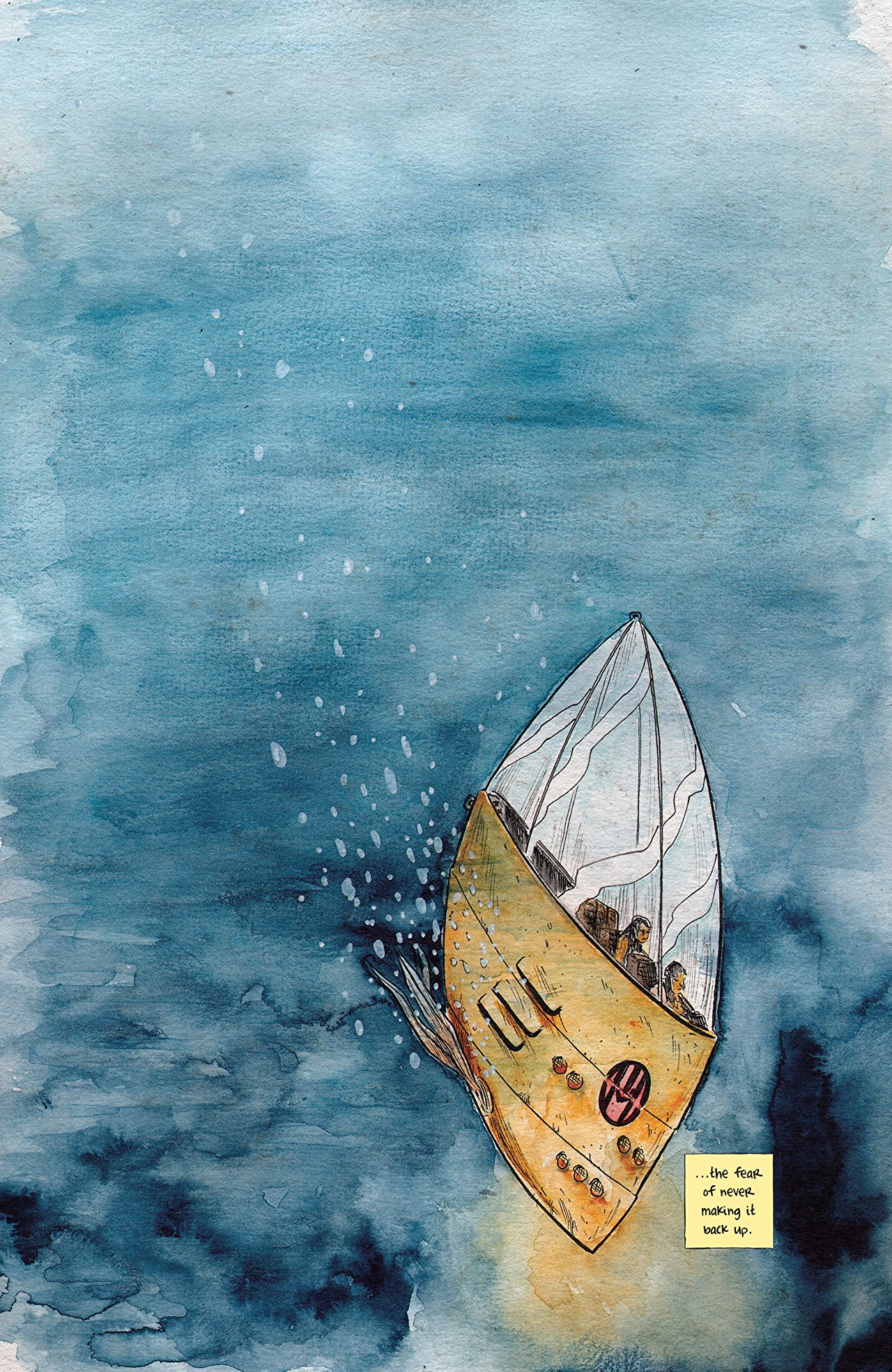 Dept. H Volume 1 – Pressure, is a brilliant graphic novel in many ways: The illustration and its water-color style coloring is extremely unique and attractive. The story-line and scenes are very cinematic and the author does a good job of adding flashbacks to provide further details about the characters and their history.

Lastly the suspense element is accompanying the reader from beginning to the end and Matt Kindt keeps everyone guessing till last pages. We highly recommend this novel to all fans of mystery graphic novels and those crime fiction fans who want to venture into comics space.