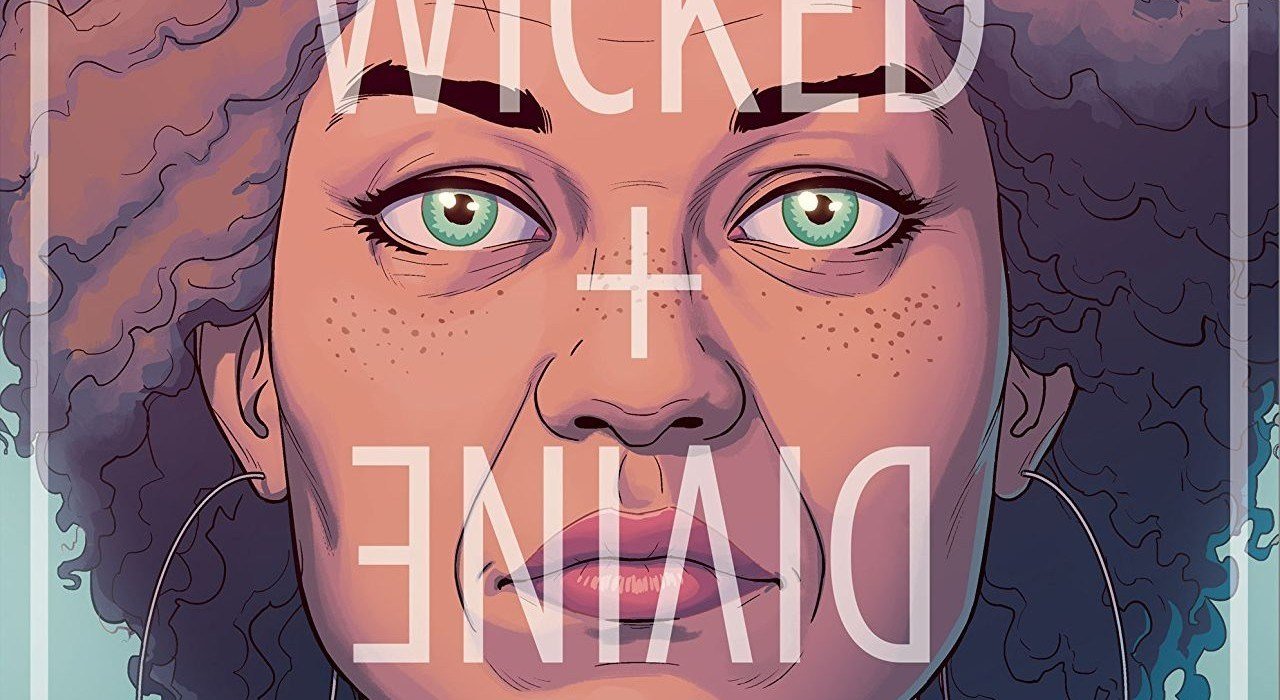 Charlie’s Angels vs. The Bionic Woman #3. When Charlie’s Angels pick up an assignment to steal a dangerous patent and put it back in the hands of its mysterious inventor, they encounter their toughest counterspy yet: The Bionic Woman, Jaime Sommers. This new series follows two of television’s top teams after their programming run and into the 1980s.

When the Office of Scientific Investigation is privatized and its patents sold off to the highest bidder, a military contractor looks to take bionics to the battlefield. Will the Bionic Woman be able to protect the patent from the would-be thieves, or will the Angels prevail, mothballing the formula’s military applications in favor of medical uses?

In Episode #3, Kelly’s undercover and a hair’s breadth away from getting Naris’s security schematics to the rest of the Angels, but the Bionic Woman has other plans — and a dangerously accurate hunch.

When her private detective husband is murdered by the Muerta crime family, Ms. Tree takes over the business! Cold, calculating and tough as nails, no case is too small, no violence too extreme, so long as a mystery is solved… and Ms. Tree is paid. 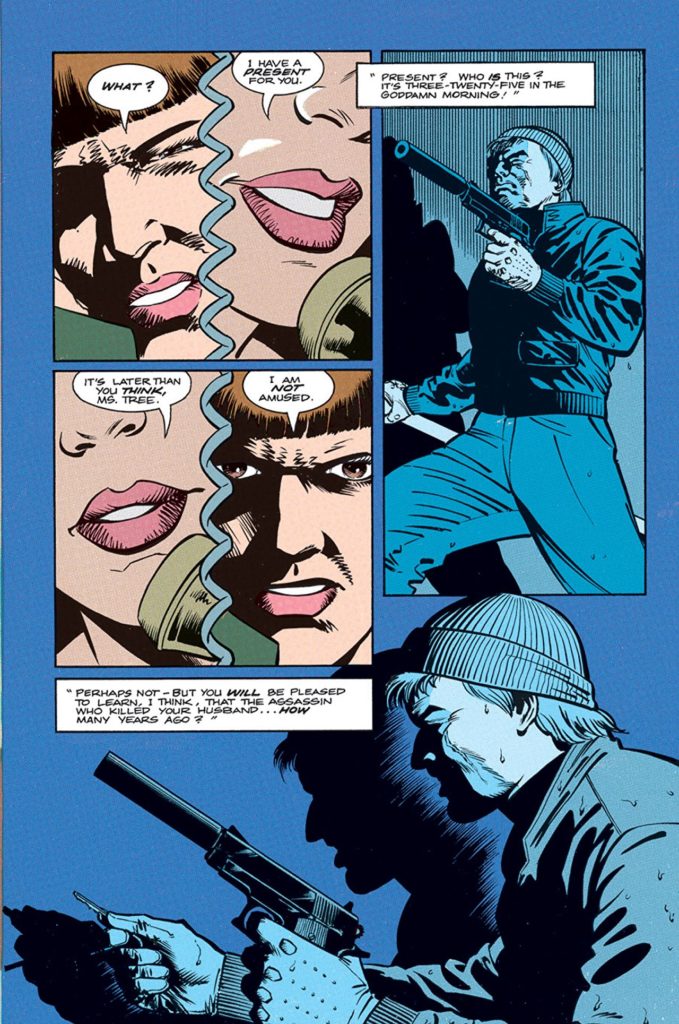 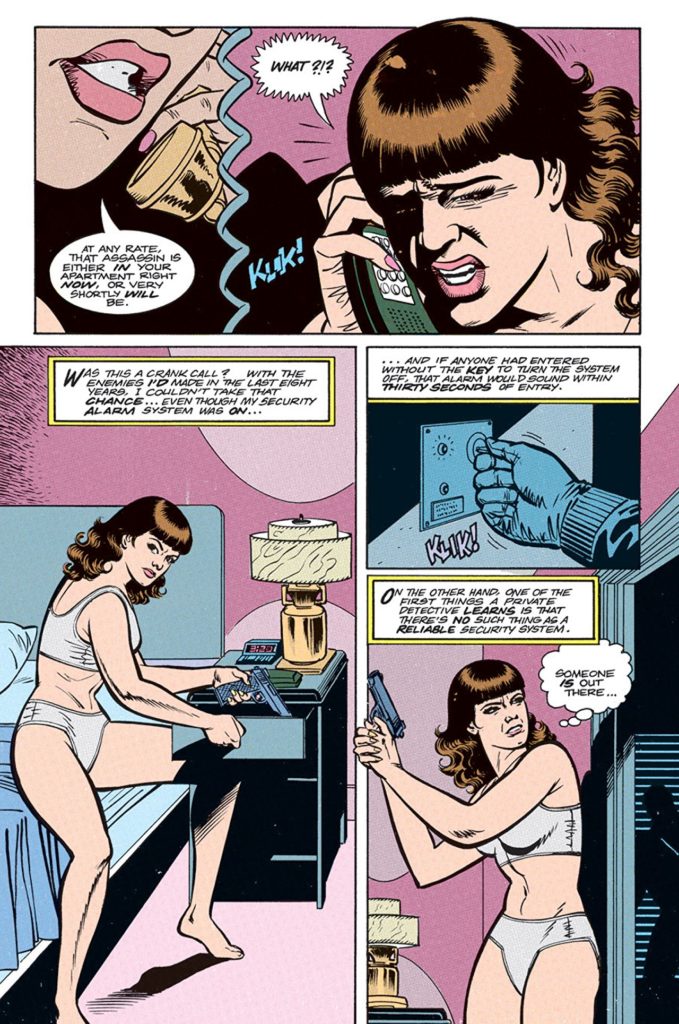 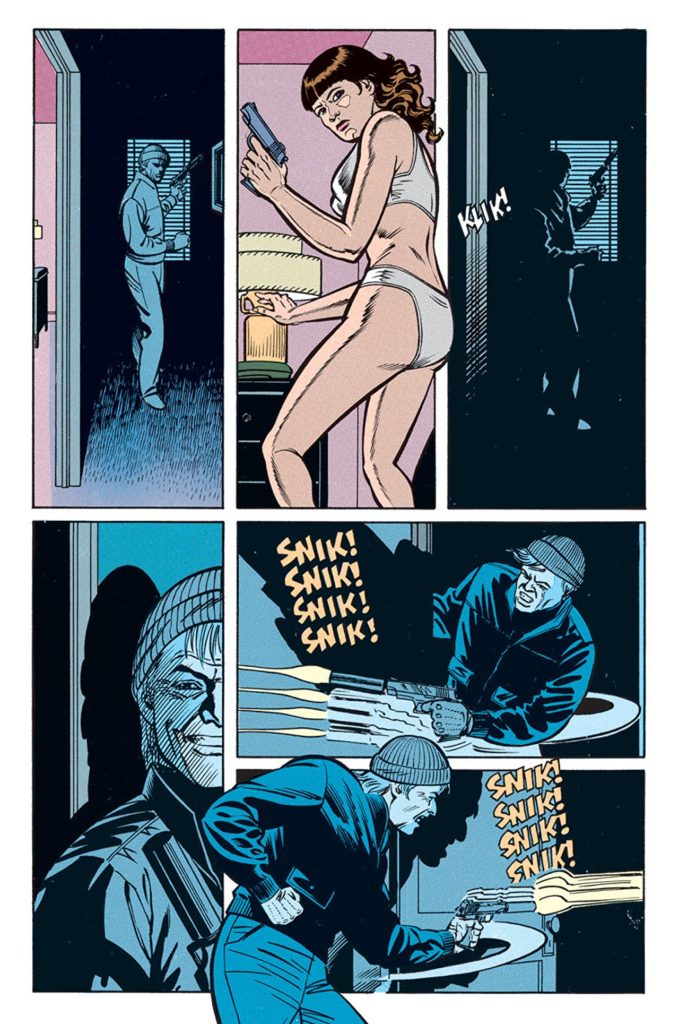 Max Allan Collins was hailed in 2004 by Publisher’s Weekly as “a new breed of writer.” A frequent Mystery Writers of America nominee in both fiction and non-fiction categories, he has earned an unprecedented eighteen Private Eye Writers of America nominations, winning for his Nathan Heller novels, True Detective (1983) and Stolen Away (1991).

Terry Beatty is the artist and co-creator (with Max Allan Collins) of the long-running private eye series, Ms. Tree. Collaborations with Collins also include Mike Mist, Mickey Spillane’s Mike Danger and Johnny Dynamite. Beatty has been the primary inker of DC Comics’ “animated-style” Batman comics, including a four-year stint inking Chris Jones’ pencils on The Batman Strikes! From 2012 to 2017, Beatty was the artist for the Sunday episodes of the King Features comic strip, The Phantom.

When David realizes that the truth is much more dangerous than a kidnapping, he must battle ancient secrets that have endangered the lives of children for centu-ries.

This conspiracy-fueled adventure story looks at the darker side of American history through the eyes of an unlikely team of heroes. If they fail, the American government and its people may not survive.

The Dark Age #2 (by  Don Handfield). In the near future all metal on earth suddenly turns to worthless piles of rust and dust. With no technology, no guns, no computers, humanity has reverted to a violent feudal system. But now the secrets of the monoliths are starting to be revealed.

Doomsday Clock (2017-) #11. The critically acclaimed series by the renowned team of writer Geoff Johns and artist Gary Frank marches toward its conclusion. In this penultimate issue, the truth behind “Rebirth” is revealed as Batman searches for the one person he believes can help him save the world…Rorschach!

Geoff Johns originally hails from Detroit, Michigan. He attended Michigan State University, where he earned a degree in Media Arts and Film. He began his comics career creating and writing Stars and S.T.R.I.P.E. for DC Comics.

His first comic assignment led to a critically acclaimed run on the The Flash and JSA for DC Comics. Since then, he has quickly become one of the most popular and imaginative writers in comic books today, working on titles including a highly successful re-imagining of Green Lantern, The Flash: Rebirth, Superman: Secret Origin, Action Comics, Adventure Comics, Teen Titans, Justice Society of America, among others. 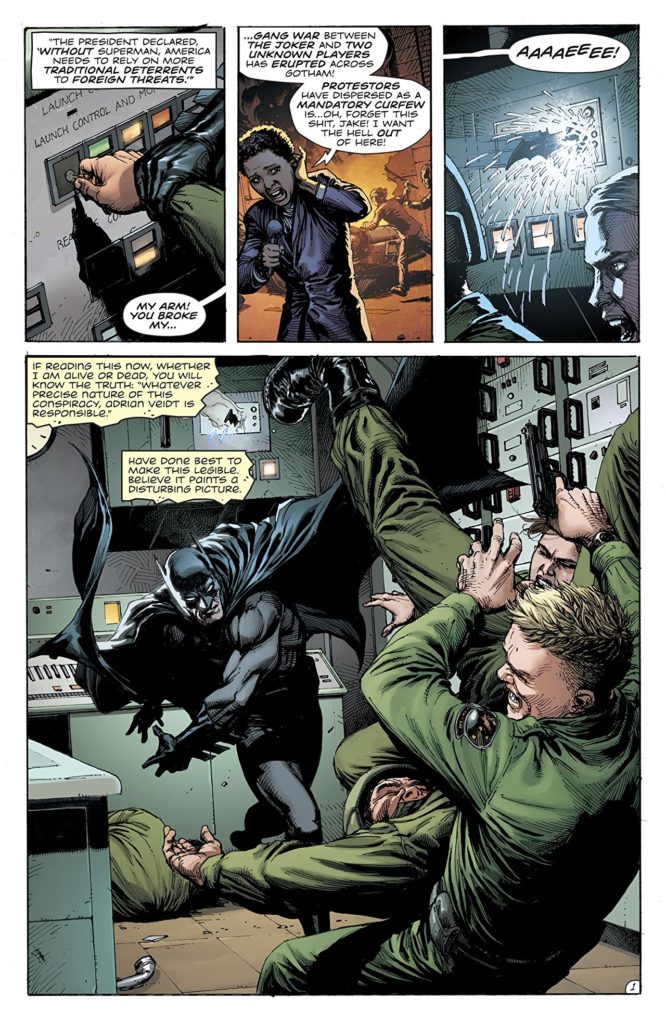 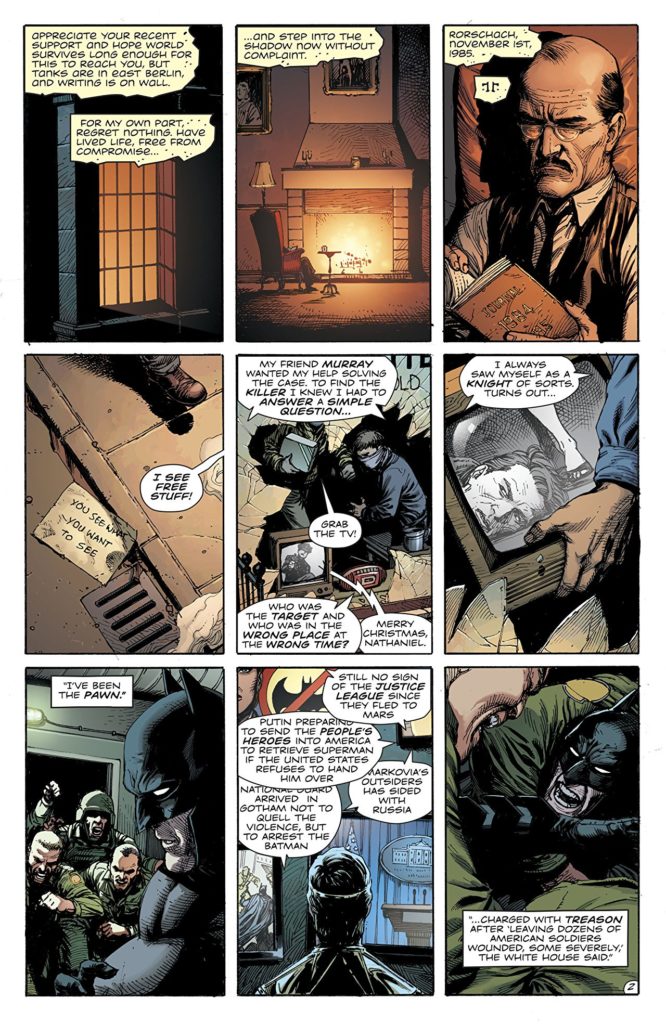 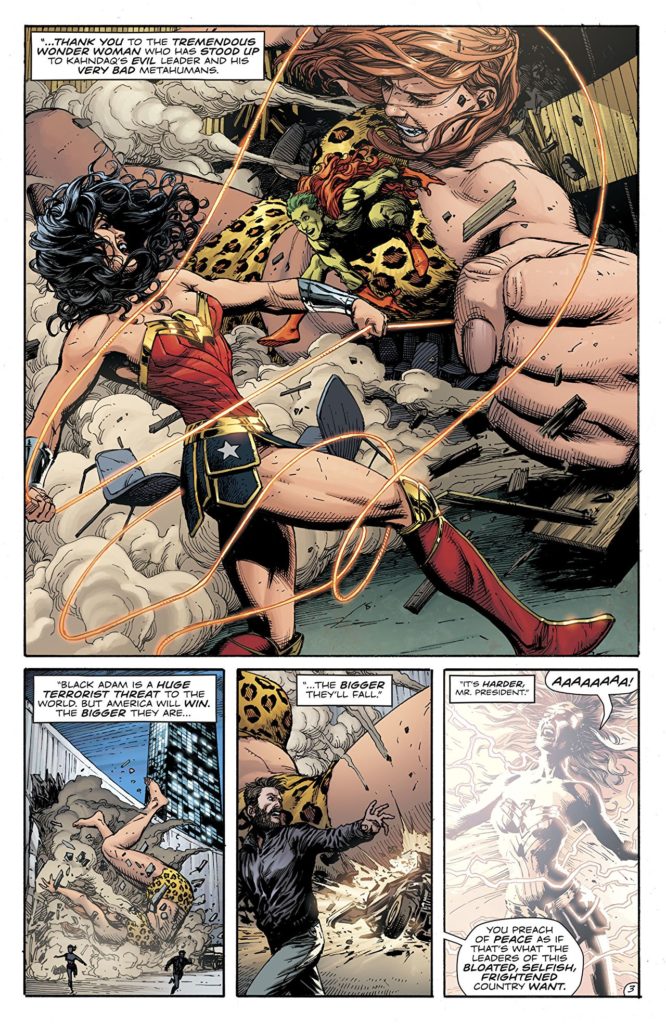 Something is Killing the Children #1. GLAAD Award-winning writer James Tynion IV (Memetic, Batman: Detective Comics) teams with artist Werther Dell’Edera (Briggs Land) for an all-new limited series about staring into the abyss to find your worst fears staring back. When the children of Archer’s Peak begin to go missing, everything seems hopeless.

Most children never return, but the ones that do have terrible stories—impossible stories of terrifying creatures that live in the shadows. Their only hope of finding and eliminating the threat is the arrival of a mysterious stranger, one who believes the children and claims to see what they can see.

Her name is Erica Slaughter. She kills monsters. That is all she does, and she bears the cost because it MUST be done.

Outcast By Kirkman & Azaceta Vol. 7: Darkness Grows. This is a great horror series from the Walking Dead creator Robert Kirkman. Kyle Barnes has been plagued by demonic possession all his life and now he needs answers. Unfortunately, what he uncovers along the way could bring about the end of life on Earth as we know it.

The Wicked + The Divine #45. Every ninety years, twelve gods incarnate as humans. They are loved. They are hated. In two years, they are dead. The team behind critical tongue-attractors like Young Avengers and PHONOGRAM reunite to create a world where gods are the ultimate pop stars and pop stars are the ultimate gods. But remember: just because you’re immortal, doesn’t mean you’re going to live forever.

For our full coverage of new and notable titles in crime, action, mystery and thriller comics, please visit here.