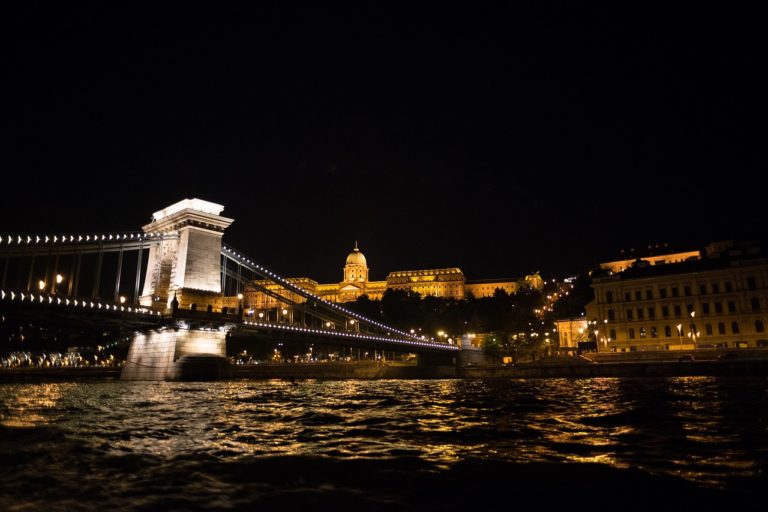 Among the best international mystery and crime novels in the market right now, the new Harry Hole novel by Jo Nesbo titled The Thirst is a favorite by many readers. The plot for this story really rocks: The murder victim, a self-declared Tinder addict. The one solid clue—fragments of rust and paint in her wounds—leaves the investigating team baffled. Two days later, there’s a second murder: a woman of the same age, a Tinder user, an eerily similar scene.

The chief of police knows there’s only one man for this case. But Harry Hole is no longer with the force. He promised the woman he loves, and he promised himself, that he’d never go back: not after his last case, which put the people closest to him in grave danger.

But there’s something about these murders that catches his attention, something in the details that the investigators have missed. For Harry, it’s like hearing “the voice of a man he was trying not to remember.” Now, despite his promises, despite everything he risks, Harry throws himself back into the hunt for a figure who haunts him, the monster who got away.

Cara Black also has a new installment of her popular police procedural series out: Murder in Saint-Germain, an Aimée Leduc Investigation, happens in Paris in July 1999: Private investigator Aimée Leduc is walking through Saint-Germain when she is accosted by Suzanne Lesage, a Brigade Criminelle agent on an elite counterterrorism squad. Suzanne has just returned from the former Yugoslavia, where she was hunting down dangerous war criminals for the Hague. Back in Paris, Suzanne is convinced she’s being stalked by a ghost—a Serbian warlord her team took down. She’s suffering from PTSD and her boss thinks she’s imagining things. She begs Aimée to investigate—is it possible Mirko Vladić could be alive and in Paris with a blood vendetta?

Aimée is already working on a huge case; plus, she’s got an eight-month-old baby to take care of. But she can’t say no to Suzanne, whom she owes a big favor. Aimée chases the few leads she has, and all evidence confirms Mirko Vladić is dead. It seems that Suzanne is in fact paranoid, perhaps losing her mind—until Suzanne’s team begins to die in a series of strange, tragic accidents. Are these just coincidences? Or are things not what they seem?

The Dying Detective is another popular title from Scandinavia: This is a great mystery by the author Leif GW Persson. Lars Martin Johansson is a living legend. Cunning and perceptive, always one step ahead, he was known in the National Criminal Police as “the man who could see around corners.” But now Johansson is retired, living in the country, his police days behind him. Or so he thinks.

After suffering a stroke, Johansson finds himself in the hospital. Tests show heart problems as well. And the only thing that can save him from despair is his doctor’s mention of an unsolved murder case from years before. The victim: an innocent nine-year-old girl.

Johansson is determined to solve the case, no matter his condition. With the help of his assistant, Matilda, an amateur detective, and Max, an orphan with a personal stake in the case, he launches an informal investigation from his hospital bed. Racing against time, he uncovers a web of connections that links sex tourism to a dead opera singer and a self-made millionaire. And as Johansson draws closer to solving the crime, he finds that he will have to confront not just a mystery but his own mortality as well.

Love Like Blood is a notable new mystery from London-based Mark Billingham. DI Nicola Tanner needs Tom Thorne’s help. Her partner, Susan, has been brutally murdered and Tanner is convinced that it was a case of mistaken identity—that she was the real target. The murderer’s motive might have something to do with Tanner’s recent work on a string of cold-case honor killings she believes to be related.

Tanner is now on compassionate leave but insists on pursuing the case off the books and knows Thorne is just the man to jump into the fire with her. He agrees but quickly finds that working in such controversial territory is dangerous in more ways than one. And when a young couple goes missing, they have a chance to investigate a case that is anything but cold.

If you are a fan of historical mysteries, you will enjoy The State Counsellor by Boris Akunin. Russia, 1891. The new governor-general of Siberia has been secreted away on a train from St. Petersburg to Moscow. A blizzard rages outside as a mustachioed official climbs aboard near the city; with his trademark stutter, he introduces himself as State Counsellor Erast Fandorin. He then thrusts a dagger inscribed with the initials CG into the governor-general’s heart and, tearing off his mustache, escapes out the carriage window. The head of the Department of Security soon shows up at the real Fandorin’s door and arrests him for murder. The only way to save his reputation is to find CG—and the government mole who is feeding the group information.

Can Fandorin survive corruption among his fellow officials, the fearlessness of an unknown enemy, and the advances of a sultry young nihilist with his morals intact? The State Counsellor is a colorful entertainer from a master of the sly historical romp.

China Strike by Matt Rees will be an appealing read for those who like fast-paced thrillers. On an ordinary summer day, chaos erupts across the globe when thousands of cars simultaneously speed out of control in the United States and Europe. The death toll is enormous, and there is only one thing connecting the crashes–every single car is the same model.

Amidst the bewilderment of the tragedy, ICE Special Agent Dominic Verrazzano is called to the Brooklyn Detention Center, where Tom Frisch, recently arrested for attempting to assassinate a U.N. President, claims to have knowledge about the mastermind behind the crashes. This is just the tip of the iceberg, and an even bigger catastrophe, involving many more motor companies, is already in the works.

Verrazzano has no choice but to take Frisch with him as he tracks down an enemy that both men know far too well–their old Special Forces commander and father figure. Following leads that take them from New York to Detroit and on to Europe, Verrazzano finally lands in a confrontation that unravels a secret even more sinister than he could have expected.

Domina by L. S. Hilton is for readers who want a strong female lead character in the story: In this riveting sequel to the instant New York Times bestseller, Maestra, femme fatale Judith Rashleigh once again leads readers into the mesmerizing and dangerous underworld of Europe’s glamorous elite.

Since opening her own art gallery in Venice, Judith Rashleigh—now Elisabeth Teerlinc—can finally stop running. She’s got the paycheck, lifestyle, and wardrobe she always dreamed of, not to mention the interest of a Russian billionaire. But when a chance encounter in Ibiza leads to a corpse that is, for once, not her own doing, she finds her life is back on the line—and she’s more alone than ever. It seems Judith’s become involved with more than just one stolen painting, and there is someone else willing to kill for what’s theirs.

From St. Moritz to Serbia, Judith again finds herself maneuvering the strange landscapes of wealth, but this time there’s far more than her reputation at stake. How far will Rage take Judith? Far enough to escape death?