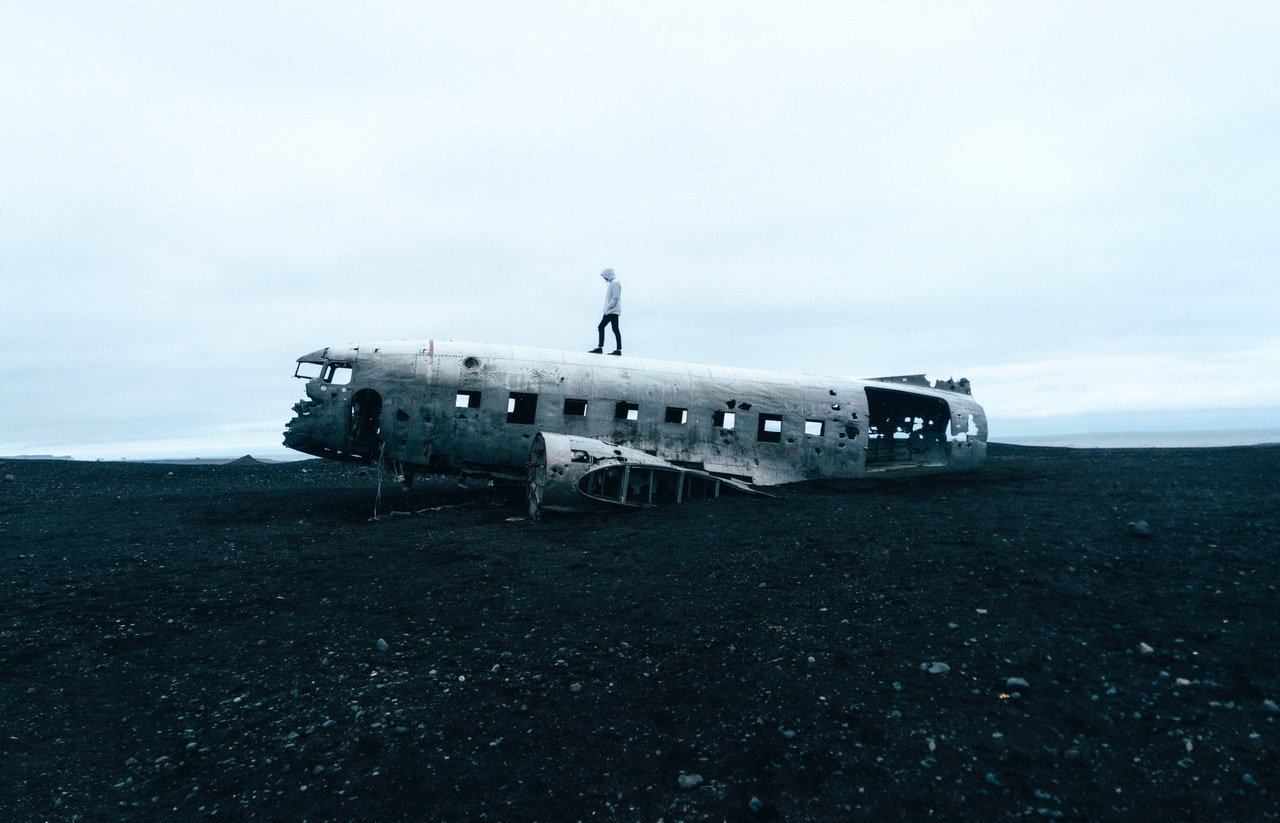 Best Icelandic Crime and Mystery Writers and Their Popular Books

Icelandic authors of crime fiction have been rising in popularity in recent years as fans of mysteries and crime thrillers are looking for new varieties of Scandinavian crime. Major writers from Iceland have not disappointed readers and have generated a steady stream of novels with great plots and fascinating characters.

What follows is a list of best Icelandic crime fiction writers and their major books.

Vilborg Yrsa Sigurðardóttir (born in 1963) is an Icelandic writer of both crime novels and children’s fiction. She has been writing since 1998.

Her début crime novel was translated into English by Bernard Scudder. The central character in her crime novels so far is Thóra Gudmundsdóttir (Þóra Guðmundsdóttir), a lawyer. Yrsa has also written for children, and won the 2003 Icelandic Children’s Book Prize with Biobörn.

Last Rituals: A Novel of Suspense (Thora Gudmundsdottir Book 1). At a university in Reykjavík, the body of a young German student is discovered, his eyes cut out and strange symbols carved into his chest. Police waste no time in making an arrest, but the victim’s family isn’t convinced that the right man is in custody.

They ask Thóra Gudmundsdóttir, an attorney and single mother of two, to investigate. It isn’t long before Thóra and her associate, Matthew Reich, uncover the deceased student’s obsession with Iceland’s grisly history of torture, execution, and witch hunts.

But there are very contemporary horrors hidden in the long, cold shadow of dark traditions. And for two suddenly endangered investigators, nothing is quite what it seems . . . and no one can be trusted.

Eva Björg was born and raised in Akranes, the small town featured in her books. The Creak on the Stairs was her debut novel. The book went on to win the Blackbird Award and became an Icelandic bestseller. Eva now lives with her husband and three children in Reykjavík.

The Creak on the Stairs (Forbidden Iceland Book 1). When a body of a woman is discovered at a lighthouse in the Icelandic town of Akranes, it soon becomes clear that she’s no stranger to the area.

Chief Investigating Officer Elma, who has returned to Akranes following a failed relationship, and her collegues SÆvar and HÖr&eth;ur, commence an uneasy investigation, which uncovers a shocking secret in the dead woman’s past that continues to reverberate in the present day …

But as Elma and her team make a series of discoveries, they bring to light a host of long-hidden crimes that shake the entire community. Sifting through the rubble of the townspeople’s shattered memories, they have to dodge increasingly serious threats, and find justice … before it’s too late.

Arnaldur received the Glass Key award, a literature prize for the best Nordic crime novel, in 2002 and 2003. He won the Crime Writers’ Association Gold Dagger Award in 2005 for his novel Silence of the Grave. He won the world’s most lucrative crime fiction award, the RBA Prize for Crime Writing worth €125,000, in 2013 for Shadow Alley (Skuggasund).

The Darkness Knows: A Novel (Detective Konrad Book 1). A frozen body is discovered in the icy depths of Langjökull glacier, apparently that of a businessman who disappeared thirty years before. At the time, an extensive search and police investigation yielded no results—one of the missing man’s business associates was briefly held in custody, but there wasn’t enough evidence to charge him.

Now the associate is arrested again and Konrad, the retired policeman who originally investigated the disappearance, is called back to reopen the case that has weighed on his mind for decades.
When a woman approaches him with new information that she obtained from her deceased brother, progress can finally be made in solving this long-cold case.

Lilja Sigurðardóttir (born 1972) is an Icelandic crime-writer and playwright. She has written six thrillers that mostly take place in Reykjavík.

Lilja’s latest novel Svik (No English title yet) was published in Iceland by Forlagid Publishing in October 2018. Her novels have been published in Norwegian, Danish, Czech, Macedonian, Polish, French and English and film rights to the Reykjavík Noir Trilogy (Snare, Trap and Cage) have been sold to Palomar Pictures.

Betrayal. Burned out and traumatised by her horrifying experiences around the world, aid worker Úrsula has returned to Iceland. Unable to settle, she accepts a high-profile government role in which she hopes to make a difference again.

But on her first day in the post, Úrsula promises to help a mother seeking justice for her daughter, who had been raped by a policeman, and life in high office soon becomes much more harrowing than Úrsula could ever have imagined. A homeless man is stalking her – but is he hounding her, or warning her of some danger? And why has the death of her father in police custody so many years earlier reared its head again?

As Úrsula is drawn into dirty politics, facing increasingly deadly threats, the lives of her stalker, her bodyguard and even a witch-like cleaning lady intertwine. Small betrayals become large ones, and the stakes are raised ever higher.

Ragnar Jónasson is a bestselling Icelandic author of crime fiction. He is the author of the bestselling Dark Iceland series, set in and around Siglufjörður, and featuring Detective Ari Thor.

The Girl Who Died. Una wants nothing more than to teach, but she has been unable to secure steady employment in Reykjavík. Her savings are depleted, her love life is nonexistent, and she cannot face another winter staring at the four walls of her shabby apartment. Celebrating Christmas and ringing in 1986 in the remote fishing hamlet of Skálar seems like a small price to pay for a chance to earn some teaching credentials and get her life back on track.

But Skálar isn’t just one of Iceland’s most isolated villages, it is home to just ten people. Una’s only students are two girls aged seven and nine. Teaching them only occupies so many hours in a day and the few adults she interacts with are civil but distant. She only seems to connect with Thór, a man she shares an attraction with but who is determined to keep her at arm’s length.

As darkness descends throughout the bleak winter, Una finds herself more often than not in her rented attic space—the site of a local legendary haunting—drinking her loneliness away. She is plagued by nightmares of a little girl in a white dress singing a lullaby. And when a sudden tragedy echoes an event long buried in Skálar’s past, the villagers become even more guarded, leaving a suspicious Una seeking to uncover a shocking truth that’s been kept secret for generations.

Sólveig holds a bachelor‘s degree in literature from the University of Iceland along with a degree in teaching. Sólveig taught Icelandic literature and linguistics, drama and public speaking for many years and has produced a number of radio programmes and managed cultural events.

Her first novel Leikarinn (The Actor) was published in 2012 to rave reviews and weeks at the top of best-sellers lists. It is now being developed as a motion picture. The second novel, Hinir réttlátu (The Righteous Ones), was published the following year, and also became a best-seller. Both novels have now been published in Germany by publishing house Aufbau under their German titles Eiskaltes Gift and Tote Wale. Her third novel, Flekklaus (Pure), was published in March 2015. She recently released her fourth book, Refurinn (The Fox) which also made is way to best-seller lists.

All her novels have been shortlisted for the Icelandic Crime Fiction Awards and have been praised for their narrative, attention to detail and sympathetic characters. The Fox deals with current events that affect societies on a global scale whilst being set in a sleepy Icelandic fishing village and its isolated surroundings for the most part. Sólveig’s books form a stand-alone series with each book being independent but with the same main characters. The novels follow the detective team of the family man Guðgeir and the ambitious Særós.

The Fox (Ice and Crime Book 1). Hoping to put behind him tragedy in his professional life and to resolve the turmoil in his personal life, Reykjavík police officer Guðgeir Fransson has moved as far away from home as he can, marking time in a dead-end job in a small town in eastern Iceland.

His detective’s instincts are triggered when he hears about a foreign woman who arrived in this tight-knit community – and then disappeared as suddenly as she had appeared. The trail of the missing woman takes him back to Reykjavík, and then to a remote farmhouse beneath dark mountains where an elderly woman and her son live with their sinister past.

Viktor Arnar Ingólfsson (born 12 April 1955, in Akureyri) is an Icelandic writer of crime fiction. He has a B.Sc. degree in civil engineering and, in addition to having a successful career as a writer, he continues to work full-time at the Public Roads Administration in Iceland.

Viktor Arnar has twice been the Icelandic nominee for the Glass Key award, which is awarded by Skandinaviska Kriminalselskapet (Crime Writers of Scandinavia). Three of his five novels have been translated into German, and Flateyjargáta was published in English as The Flatey Enigma in February 2012.

The Flatey Enigma. Near a deserted island off the western coast of Iceland in 1960, the dawning of spring brings new life for the local wildlife. But for the body discovered by three seal hunters, winter is a matter of permanence. After it is found to be a missing Danish cryptographer, the ensuing investigation uncovers a mysterious link between the researcher and a medieval manuscript known as The Book of Flatey.

Nominated for the prestigious Glass Key award for Nordic crime fiction, The Flatey Enigma will keep you guessing until Kjartan has cracked the code.

If you’ve enjoyed this article, you can check out our review of Nightblind By Ragnar Jonasson here. For recent top releases, please visit Scandi Noir: 5 Best Nordic Crime And Mystery Novels In 2020.