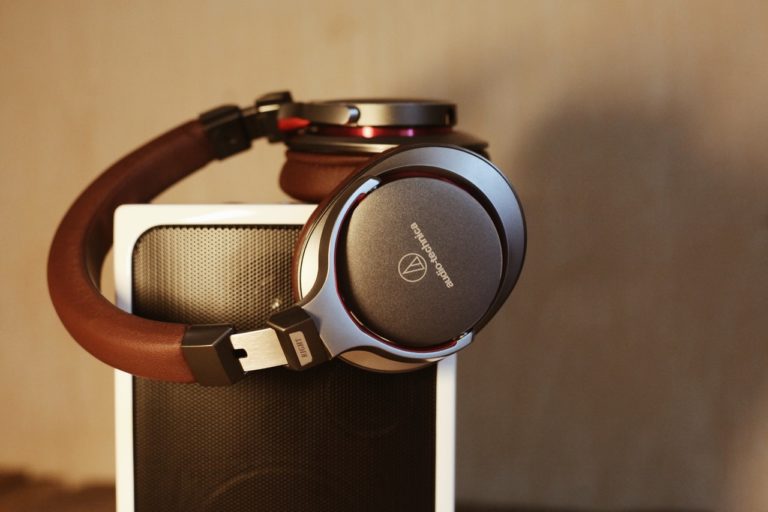 For an avid crime fiction listener, the idea of venturing out into non-fiction audiobooks might seem daunting: But why not? If you find yourself gravitating towards psychological thrillers, why not get into the minds of some of the most notorious and sociopathic cult-leaders?

If your library is packed with stories of deception, murder, betrayal, and uncertainty, true crime and non-fiction books covering gangster lives and drug dealers, are exactly the same – but real.

If you are convinced, here are some of the best crime and thriller non-fiction audiobooks for your consideration (we used the January 2018 time-frame to identify the top titles):

The Talented Mr. Khater. The layered story of “The Talented Mr. Khater” begins with Callie Quinn, who upon graduating college, fulfilled her desire to live and work in Chile. Among the friends she met and lived with there was Youssef Khater, a man she initially found to be arrogant, but she would come to befriend and trust. Unfortunately for Callie, that trust led to her being conned, attacked, and buried alive by this seemingly generous, charming man. Although she survived and he was briefly imprisoned, Youssef’s story did not end with Callie’s.

In “The Talented Mr. Khater”, Francesca Mari traces international con artist and psychopath, Youssef Khater, as he tricks sports enthusiasts, prideful Palestinians, and adoring women out of their money and into tragic circumstances.

Killer Clown: The John Wayne Gacy Murders. The Real Story Of John Wayne Gacy– By The Man Who Helped Catch Him. He was a model citizen. A hospital volunteer. And one of the most sadistic serial killers of all time. But few people could see the cruel monster beneath the colorful clown makeup that John Gacy wore to entertain children in his Chicago suburb. Few could imagine what lay buried beneath his house of horrors–until a teenaged boy disappeared before Christmas in 1978, leading prosecutor Terry Sullivan on the greatest manhunt of his career.

Reconstructing the investigation–from records of violence in Gacy’s past, to the gruesome discovery of 29 corpses of abused boys in Gacy’s crawlspace and four others found in the nearby river–Sullivan’s shocking eyewitness account takes you where few true crime books ever go: inside the heart of a serial murder investigation and trial.

The Girl on the Velvet Swing. From New York Times best-selling author Simon Baatz, the first comprehensive account of the murder that shocked the world.

In 1901 Evelyn Nesbit, a chorus girl in the musical Florodora, dined alone with the architect Stanford White in his townhouse on 24th Street in New York. Nesbit, just 16 years old, had recently moved to the city. White was 47 and a principal in the prominent architectural firm McKim, Mead & White. As the foremost architect of his day, he was a celebrity, responsible for designing countless landmark buildings in Manhattan. That evening, after drinking champagne, Nesbit lost consciousness and awoke to find herself naked in bed with White. Telltale spots of blood on the bed sheets told her that White had raped her.

She told no one about the rape until, several years later, she confided in Harry Thaw, the millionaire playboy who would later become her husband. Thaw, thirsting for revenge, shot and killed White in 1906 before hundreds of theatergoers during a performance in Madison Square Garden, a building that White had designed.

The trial was a sensation that gripped the nation. Most Americans agreed with Thaw that he had been justified in killing White, but the district attorney expected to send him to the electric chair. Evelyn Nesbit’s testimony was so explicit and shocking that Theodore Roosevelt himself called on the newspapers not to print it verbatim. The murder of White cast a long shadow: Harry Thaw later attempted suicide, and Evelyn Nesbit struggled for many years to escape an addiction to cocaine.

The Girl on the Velvet Swing, a tale of glamour, excess, and danger, is an immersive, fascinating look at an America dominated by men of outsize fortunes and by the the women who were their victims.

Room 1203: O. J. Simpson’s Las Vegas Conviction. In 1995, NFL great and movie star, O.J. Simpson beat a murder rap for the death of his wife, Nicole Brown Simpson, and her friend, Ron Goldman. But in 2007 his luck with avoiding Lady Justice ran out in Las Vegas.

ROOM 1203 is the true story of the convoluted and bizarre events surrounding a violent armed robbery of a sports memorabilia collector in a Vegas hotel. On that night, Simpson put an exclamation mark on his spectacular fall from the height of Hollywood’s glamour and glitz to a shadowy world of scams and schemers in Sin City.

Written by the lead detective assigned to the case, the book provides details, insights and facts not previously reported, as well as the investigation that pieced the crime together and landed an arrogant man who believed he was above the law in a Nevada prison.

Almost Paradise: The East Hampton Murder of Ted Ammon. For the audience that read Maria Flook’s New York Times bestseller, Invisible Eden, this is the extraordinary story of a high-stakes murder case set in the high society world of East Hampton – the playground of New York’s superrich.

On October 22, 2001, handsome multimillionaire financier Ted Ammon was found bludgeoned to death in the magnificent East Hampton mansion he’d built with his beautiful – and volatile – wife, Generosa. She stood to make millions, but it wasn’t the money that made Ted’s friends suspicious: Generosa Ammon had a history of violent outbursts and bizarre obsessions.

A talented decorator, Generosa had fashioned a lavish lifestyle for her husband and their two children, divided between Fifth Avenue, the Long Island estate, and a manor house in England. But when Generosa discovered Ted had a mistress, her demons were unleashed.

She began a very public affair with Danny Pelosi, a strikingly handsome womanizer who was also her electrician. She called him her “tool belt guy.” But he was also an ex-con with a mile-long rap sheet who was suspected of playing a pivotal role in Ted’s murder and the final destruction of a once-perfect family.

In Almost Paradise, New York Times bestselling author Kieran Crowley, who has covered the Ammon case from the time it broke, recreates the three tumultuous lives that intersected fatally in East Hampton that fall. He tracks Generosa’s lonely transformation from angry teenager – orphaned, unwanted, and abused – to temperamental Manhattan artist and Society Wife. He follows the rambunctious odyssey that transformed Danny Pelosi from banking executive’s privileged son, to street fighter and down-on-his luck alcoholic, to unsuccessful contractor charged with murder. And he chronicles the charmed life and tragic death of Ted Ammon, whose money and status couldn’t save him from the machinations of those around him and his ultimate brutal demise.

Stalling for Time: My Life as an FBI Hostage Negotiator. The FBI’s chief hostage negotiator recounts harrowing standoffs, including the Waco siege with David Koresh and the Branch Davidians, in a memoir that serves as a basis for the upcoming series Waco.

In Stalling for Time, the FBI’s chief hostage negotiator takes listeners on a harrowing tour through many of the most famous hostage crises in the history of the modern FBI, including the siege at Waco, the Montana Freemen standoff, and the D.C. sniper attacks. Having helped develop the FBI’s nonviolent communication techniques for achieving peaceful outcomes in tense situations, Gary Noesner offers a candid, fascinating look back at his years as an innovator in the ranks of the Bureau and a pioneer on the front lines.

Whether vividly recounting showdowns with the radical Republic of Texas militia or clashes with colleagues and superiors that expose the internal politics of America’s premier law enforcement agency, Stalling for Time crackles with insight and breathtaking suspense. Case by case, minute by minute, it’s a behind-the-scenes view of a visionary crime fighter in action.

Blood in the Snow. In Washington Township, Michigan, on Valentine’s Day, 2007, Stephen Grant filed a missing persons report on his beloved wife, Tara. The stay-at-home father of two was beside himself with despair. Why would Tara abandon him and their family? Was she involved with another man?

Stephen’s frantic, emotional search for Tara made national headlines, and the case was featured on Datelineamong other television shows and news outlets. But key elements in Stephen’s story still weren’t adding up: Why did he wait five days to go to police? What was the nature of his relationship with his children’s beautiful, 19-year-old babysitter? Why did Stephen have cuts on his hands, and random bruises? Then, the police made a gruesome discovery.

Parts of Tara Grant’s body started turning up around the woods near their home. The truth was finally coming to light…and, after a two-day manhunt, Stephen admitted to having killed Tara_first strangling her, then cutting her body into 14 pieces before burying them. This is the shocking true story about a bitter, cheating husband whose crimes were revealed by the Blood in the Snow.