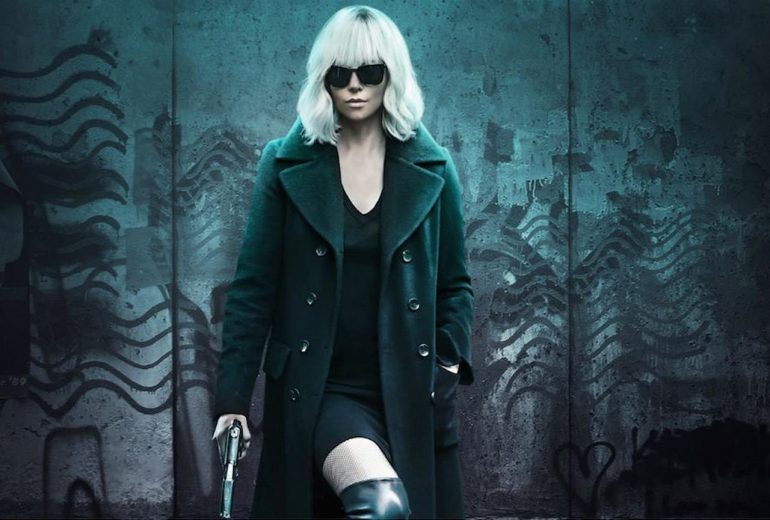 Among Cinemax movies currently on the schedule, Taken 3 really created created a nostalgic warm feeling in us: Time flies fast and it’s hard to believe that the original Taken was made more than 10 years ago. The franchise, however, is still going strong and this guy just can’t catch a break.

In this third film in the Taken series, Liam Neeson’s ex-CIA agent is targeted once again when he is framed for his ex-wife’s murder. Desperate to protect his daughter and find the killer, Neeson puts his “particular set” of battle skills on display as he dodges the law and dismantles every bad guy who stands in his path.

Legend: Tom Hardy deftly tackles two roles in this fact-based crime-thriller about twin gangsters Reggie and Ronnie Kray who rose to the top of the London underworld in the 1960s.

Running nightclubs and rackets and ruling with violence, the Kray brothers–the suave, charming Reggie and the psychopathic Ronnie–made an unforgettable name for themselves…in British society and in the annals of crime.

American Sniper: Chris Kyle enlisted to become a Navy SEAL in the wake of 9/11…he would go on to become the most prolific and deadly sniper in U.S. military history with 160 confirmed kills. But along the way, the killing would eat away at his soul.

From legendary director Clint Eastwood comes this powerful, Oscar(R)-winning drama that reveals Kyle’s penetrating story from his Texas roots to his unparalleled accuracy in war-torn Iraq.

Atomic Blonde: A fun action thriller from Charlize Theron. Sensual and savage, Lorraine Broughton is the most elite spy in MI6, an agent who’s willing to use all of her lethal skills to stay alive during an impossible mission.

With the Berlin Wall about to fall, she travels into the heart of the city to retrieve a priceless dossier and take down a ruthless espionage ring. Once there, she teams up with an embedded station chief to navigate her way through the deadliest game of spies.

A Time To Kill: Highly recommended! Carl Lee Hailey (Samuel L. Jackson) is a heartbroken black father who avenges his daughter’s brutal rape by shooting the bigoted men responsible for the crime as they are on their way to trial.

He turns to Jake Brigance (Matthew McConaughey), an untested lawyer, to defend him. Brigance struggles to believe that he can get Hailey acquitted in this small, segregated Southern town, given Hailey’s race and the deliberate nature of his crimes, but Carl has unshakable faith in him.

Stratton: This is a pretty recent movie: A good pick for action lovers. After the death of his American counterpart, an MI6 agent and his team must race against time to stop a madman from unleashing stolen chemical weapons.

The Star Chamber: Judge Steven Hardin (Michael Douglas) is discouraged by the failures of the legal system after seeing hardened criminals go free on technicalities. Acknowledging Hardin’s perspective, his peer, Benjamin Caulfield (Hal Holbrook), introduces him to the Star Chamber, a secret organization that condones vigilante action in cases where justice has not been served.

However, when the cabal sentences two criminals to death, and Hardin finds them falsely accused, he clashes with the powerful group.

Red Sparrow: Prima ballerina Dominika Egorova faces a bleak and uncertain future after she suffers an injury that ends her career. She soon turns to Sparrow School, a secret intelligence service that trains exceptional young people to use their minds and bodies as weapons.

Egorova emerges as the most dangerous Sparrow after completing the sadistic training process. As she comes to terms with her new abilities, Dominika meets a CIA agent who tries to convince her that he is the only person she can trust.

Ricochet: One of the eralier movies of Denzel Washington. After tracking down and arresting Earl Talbot Blake (John Lithgow), a psychotic hit man, rookie Los Angeles police officer Nick Styles (Denzel Washington) is hailed as a hero. Several years later, Styles’ life appears perfect: He has married his girlfriend, started a family and risen to the position of assistant district attorney.

However, his world is turned upside down when Blake escapes from prison with plans to exact brutal and well-calculated revenge.

High Crimes: A happily married, successful lawyer (Ashley Judd) is shocked to learn that her husband (Jim Caviezel) has a hidden past as a classified military operative, and is accused of committing a heinous war crime.

As she prepares to defend her husband in a top-secret military court, where none of the rules she knows so well apply, she gets help from a wild card (Morgan Freeman) — a former military attorney who doesn’t play by anyone’s rules.

The Italian Job: A must-watch movie starring Mark Wahlberg, Charlize Theron, and Edward Norton. After a heist in Venice, Steve (Edward Norton) turns on his partners in crime, killing safecracker John Bridger (Donald Sutherland) and keeping all the gold for himself.

Out Of Sight: Meet Jack Foley (George Clooney), the most successful bank robber in the country. On the day he busts out of jail, he finds himself stealing something far more precious than money, Karen Sisco’s (Jennifer Lopez) heart.

She’s smart. She’s sexy, and unfortunately for Jack, she’s a Federal Marshal. Now, they’re willing to risk it all to find out if there’s more between them than just the law.

The Silence of the Lambs: Jodie Foster stars as Clarice Starling, a top student at the FBI’s training academy. Jack Crawford (Scott Glenn) wants Clarice to interview Dr. Hannibal Lecter (Anthony Hopkins), a brilliant psychiatrist who is also a violent psychopath, serving life behind bars for various acts of murder and cannibalism.

Crawford believes that Lecter may have insight into a case and that Starling, as an attractive young woman, may be just the bait to draw him out.

Soon, martial law is declared in New York City, and General William Devereaux (Bruce Willis), a sadistic racist, is put in command. When Devereaux begins rounding up Arab-Americans and forcing them into a detention camp, Hubbard and Kraft must fight back in the name of freedom.

The Bourne Identity: A classic (you can also watch The Bourne Supremacy on Cinemax). The story of a man (Matt Damon), salvaged, near death, from the ocean by an Italian fishing boat.

When he recuperates, the man suffers from total amnesia, without identity or background… except for a range of extraordinary talents in fighting, linguistic skills and self-defense that speak of a dangerous past. He sets out on a desperate search-assisted by the initially rebellious Marie (Franka Potente) – to discover who he really is, and why he’s being lethally pursued by assassins.

Collateral: A cab driver realizes his current fare is a hit man that has been having him drive around from mark to mark until the last witness to a crime is dead. When the cabbie finally figures out the truth, he must prevent the assassin from wiping out his last witness without becoming the next in the professional killer’s line of casualties.

The Client: Fast-paced thriller, based on the John Grisham bestseller, about a boy whose life is endangered after he stumbles across vital information about a politician’s murder. His lawyer is the only person offering protection from the unwanted attentions of the Mob and the FBI – but is she capable of saving his life?