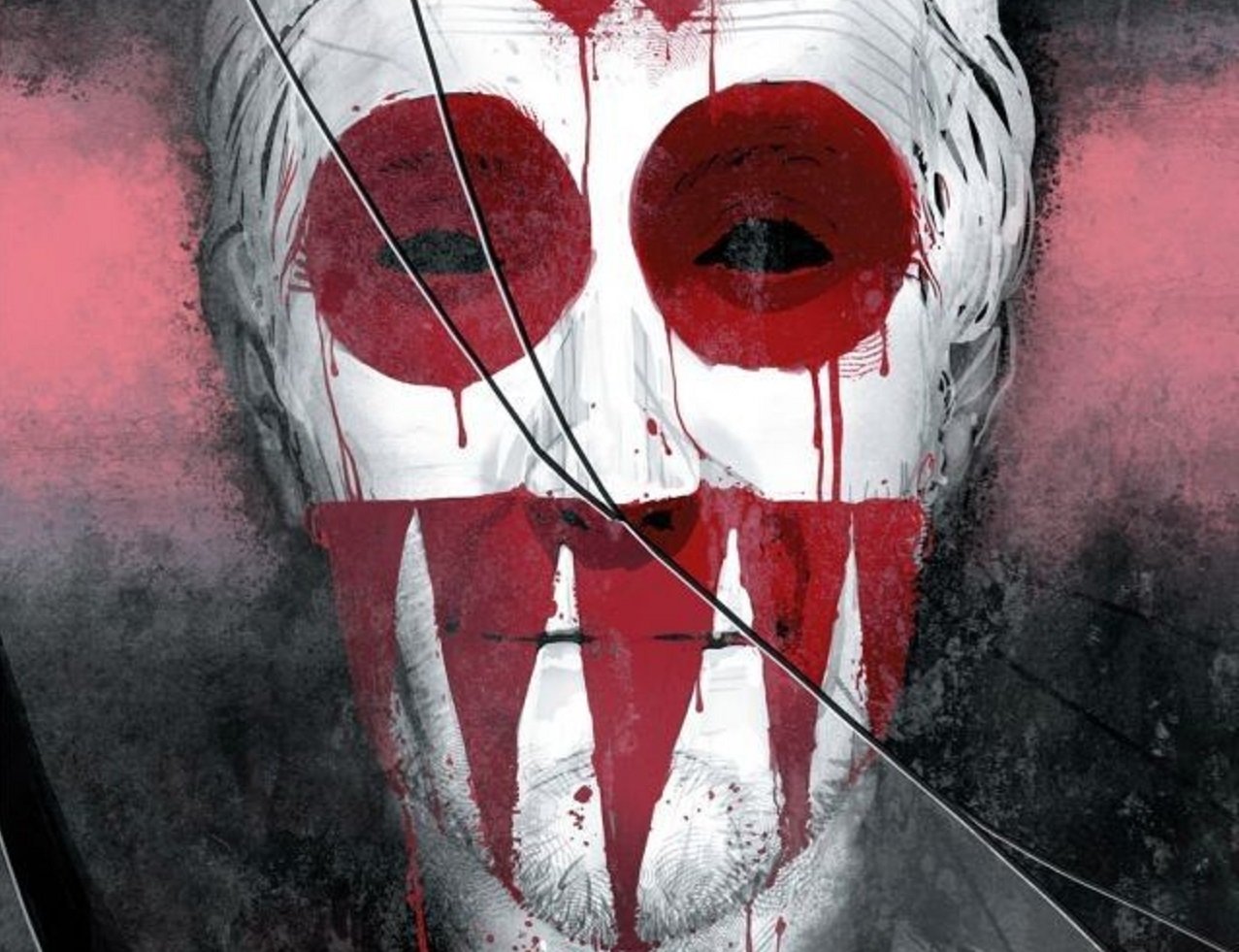 Bedlam crime comics series, written by Nick Spencer and illustrated by Riley Rossmo and Ryan Browne, has an interesting story-line about a former criminal who is trying to help the police solve their crimes.

Fillmore Press was once Madder Red, a homicidal maniac and criminal overlord who ruled the city of Bedlam. Now he’s been cured of his mania, and says he wants to help protect the place he once terrorized, but can he be trusted? He himself is not entirely sure.

The story starts with a flashback to 10 years ago and with a scene where Madder Red has slaughtered a large number of people in a theater. After a confrontation with his archenemy leads to death of a little child, the story moves to the present day where Filmore is trying really hard not to slide back into the darkness and undo the damage he’s done in the past.

Nick Spencer, who has also written Amazing Spider-Man and Ant-Man among others, certainly knows how to create a tense filled thriller with cliffhangers at the end of each chapter. The art is also unique and in many places very rough: In a nutshell, one can summarize the series as Dexter meets The Killing Joke meets Blacklist. 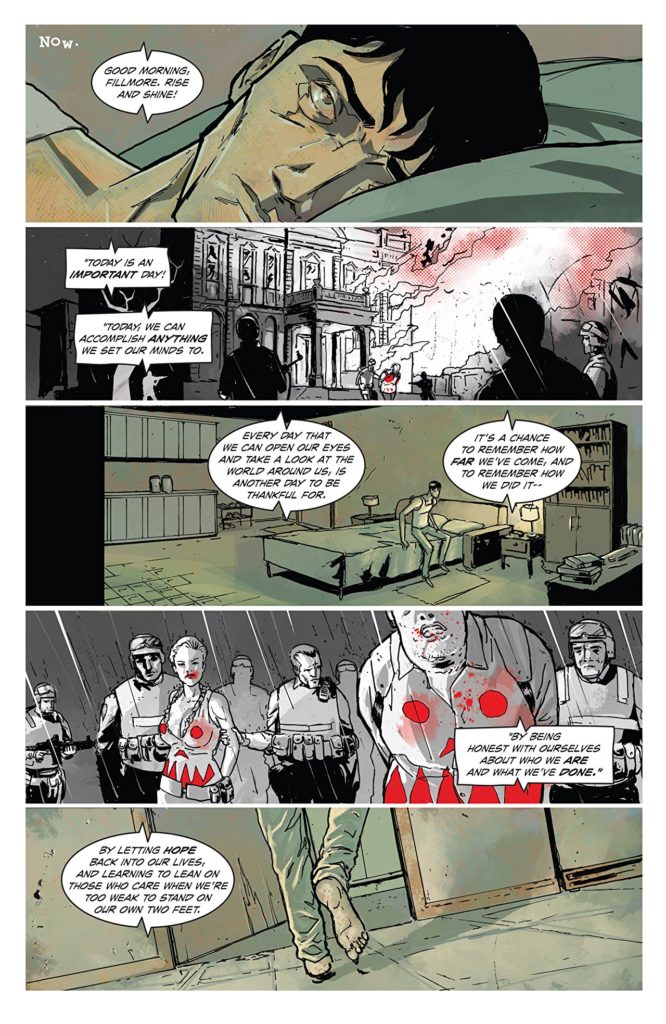 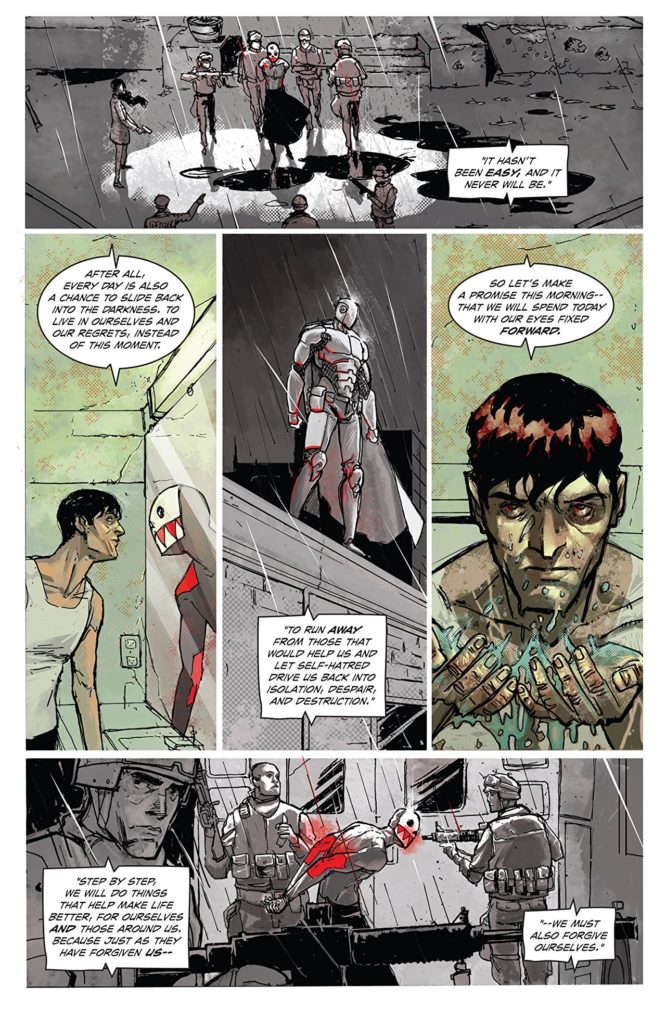 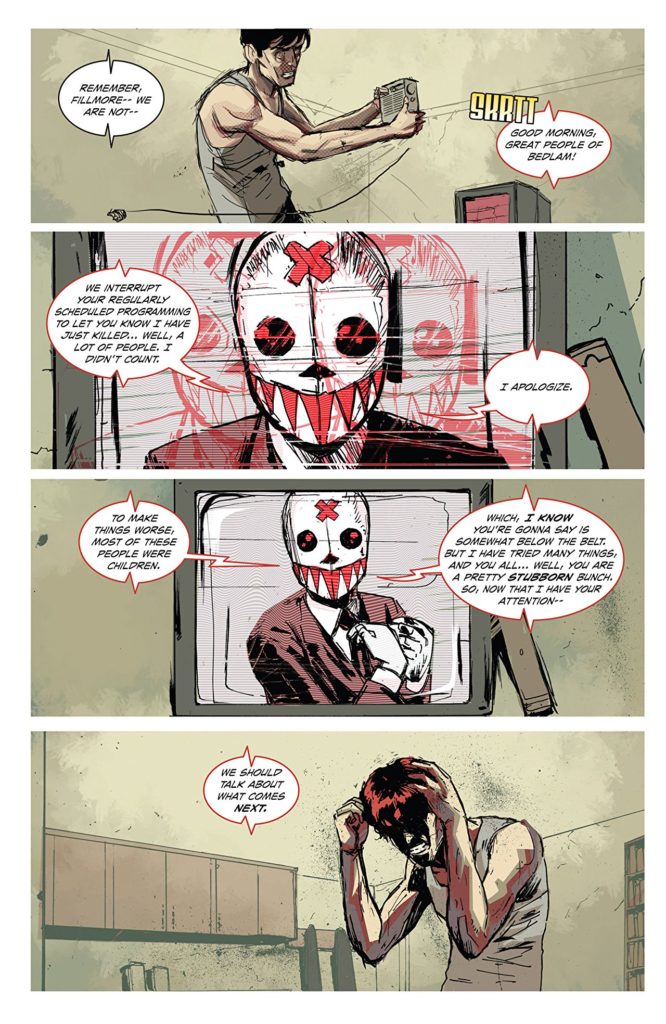 One of the other major series by Spencer is Morning Glories: If you haven’t already read this series, you owe it to yourself to pick it up, but first read Bedlam.

Bedlam is very different from most of other crime comics series and its roughness, both in narrative and illustration, makes it so new and so good.

In volume 2 of Bedlam, action intensifies when the city turns on itself. No one is safe when a new killer emerges, pulling unseen strings and wreaking chaos on every corner.

Overall, Bedlam is one of those WOW series. It’s very different from most of other crime comics series and its roughness, both in narrative and illustration, makes it so new and so good. 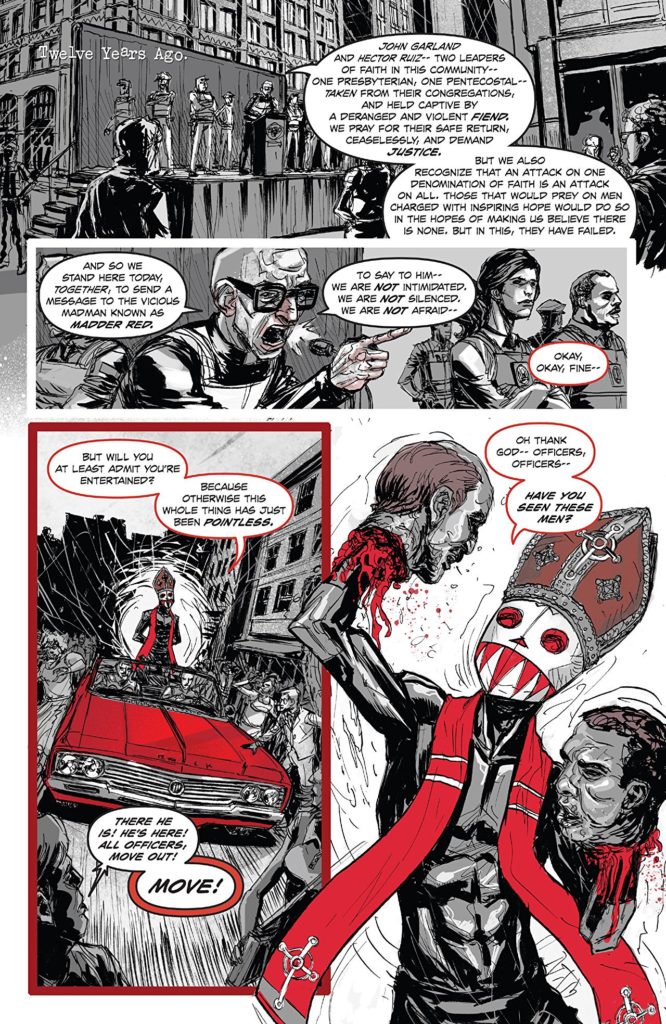 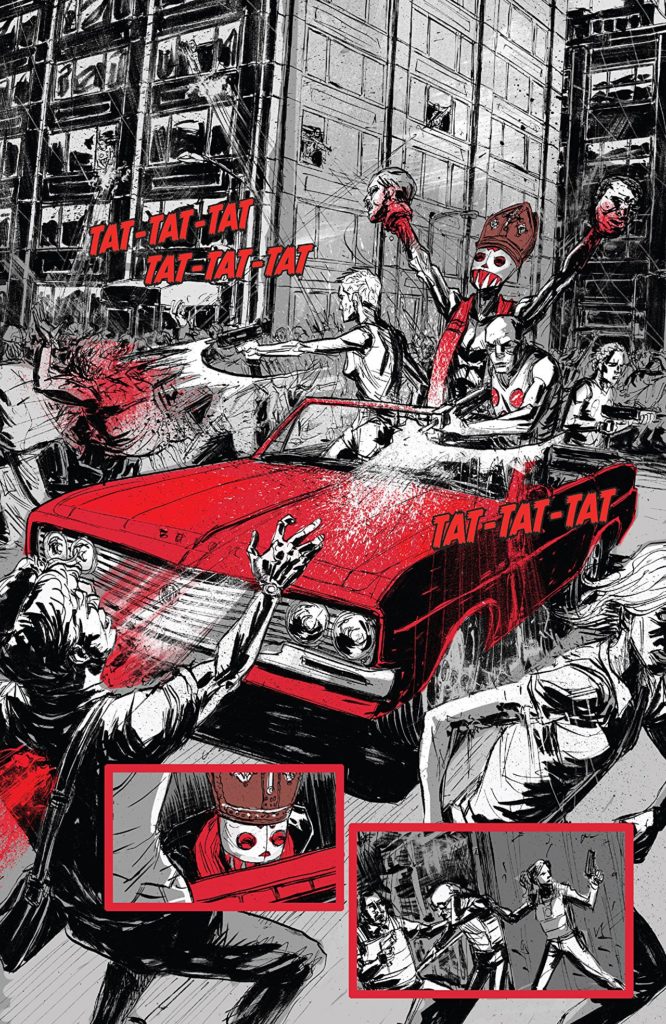 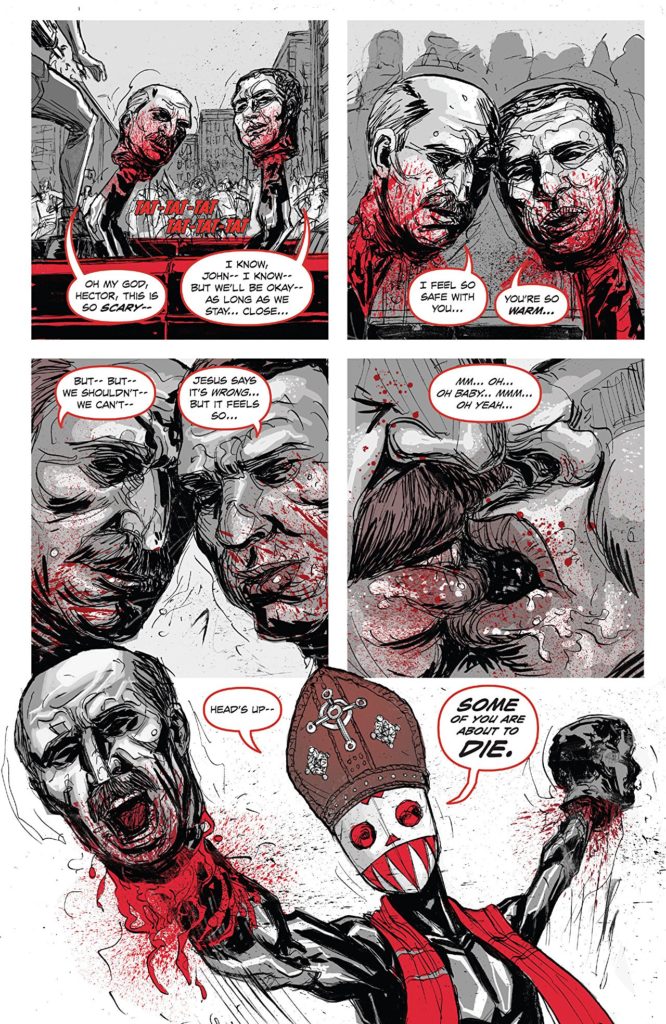