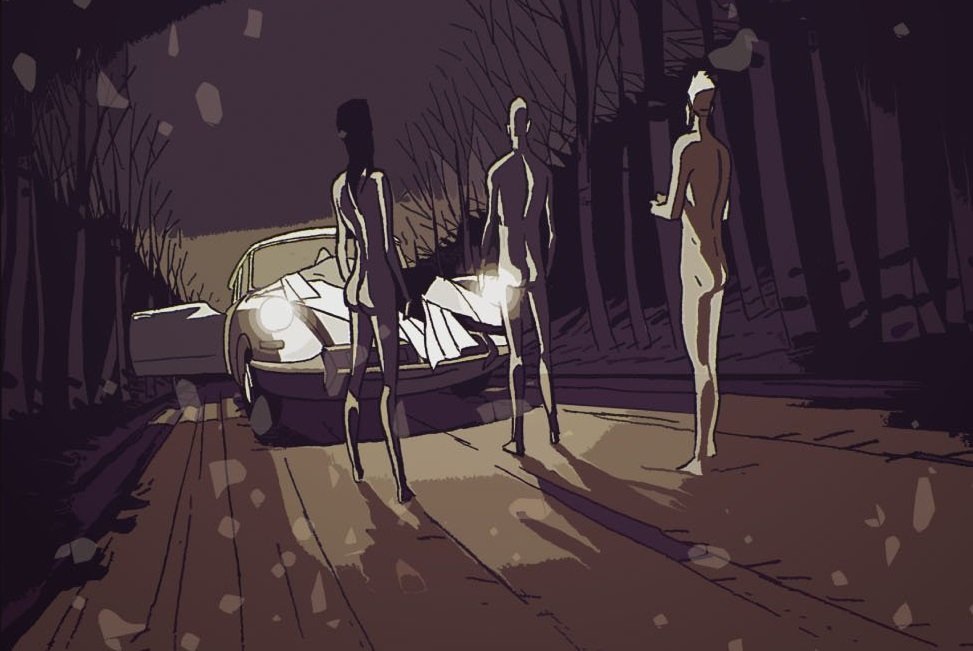 Bad Break, the mystery graphic novel written and illustrated by Philippe Riche, is a classic crime story peppered with plenty of noir tropes and dark humor.

The story is illustrated in black and white and with a sober tone: this reminded us of the old noir movies from the first part of the 20th Century…something we liked a lot.

In Bad Break, a mysterious man shows up at a junkyard in a rural area looking for a white Mercedes that had been toed there after an accident. He retrieves a briefcase from the car’s trunk.

The story develops quickly from there as the man and one of the people working in the junkyard are being chased down by figures who want to kill them and take back the briefcase.

What’s in the briefcase seems nothing special, at least in the first glance, but as the plot thickens readers follow the lead characters as they’re looking into the world of witchcraft, pornography and criminals to unlock the mystery behind the contents of the briefcase. 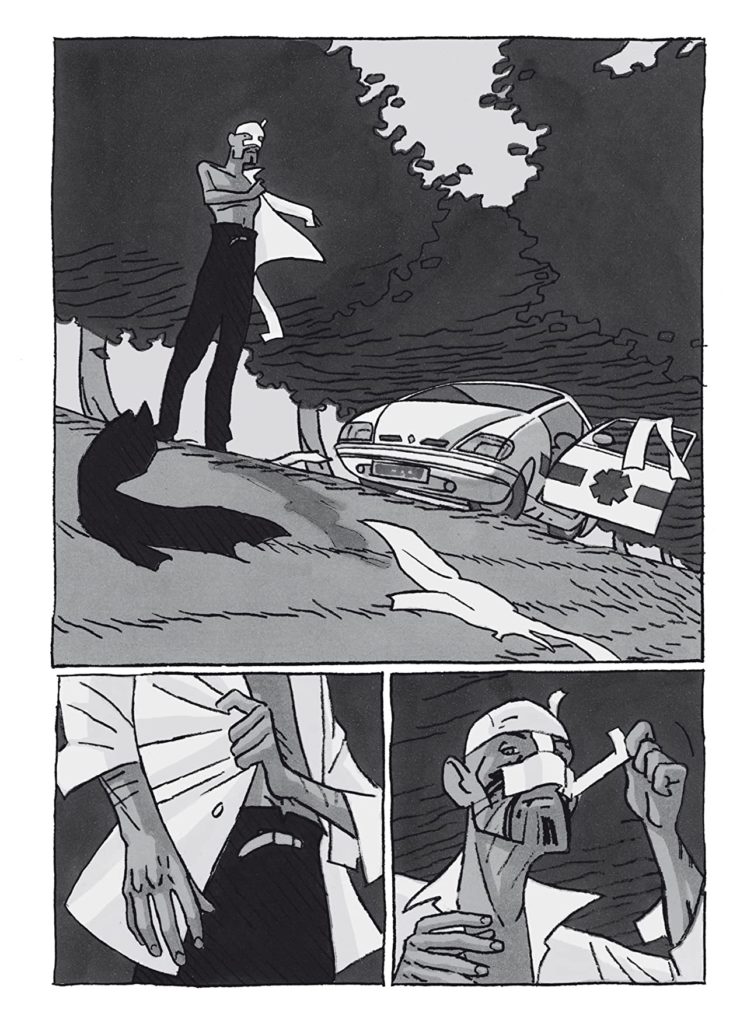 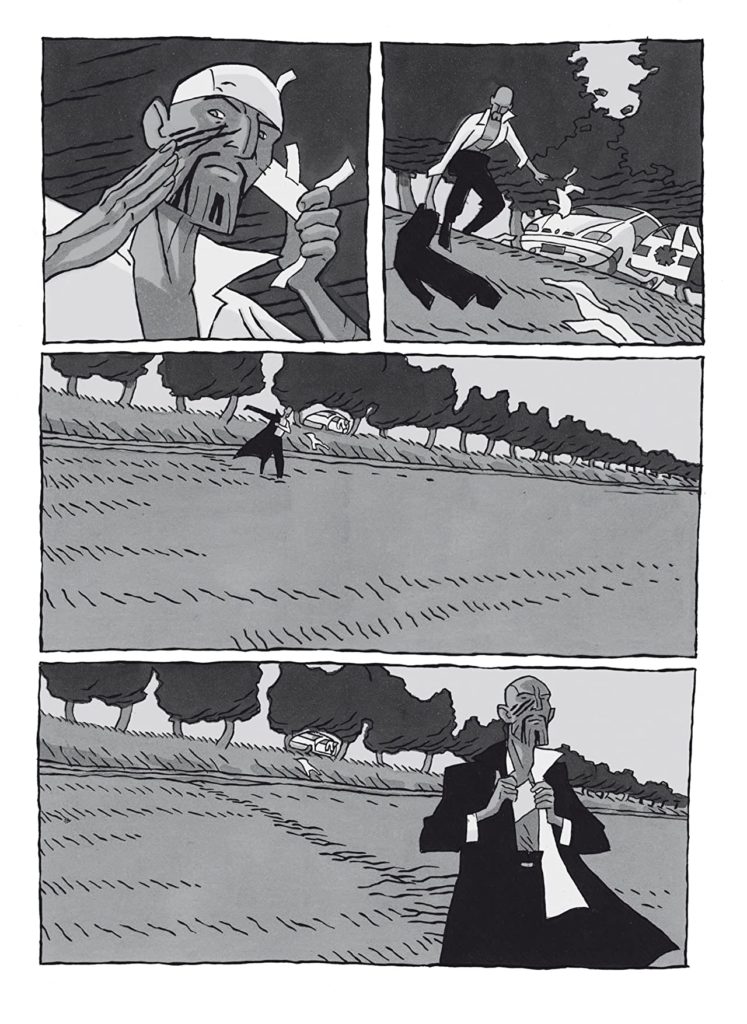 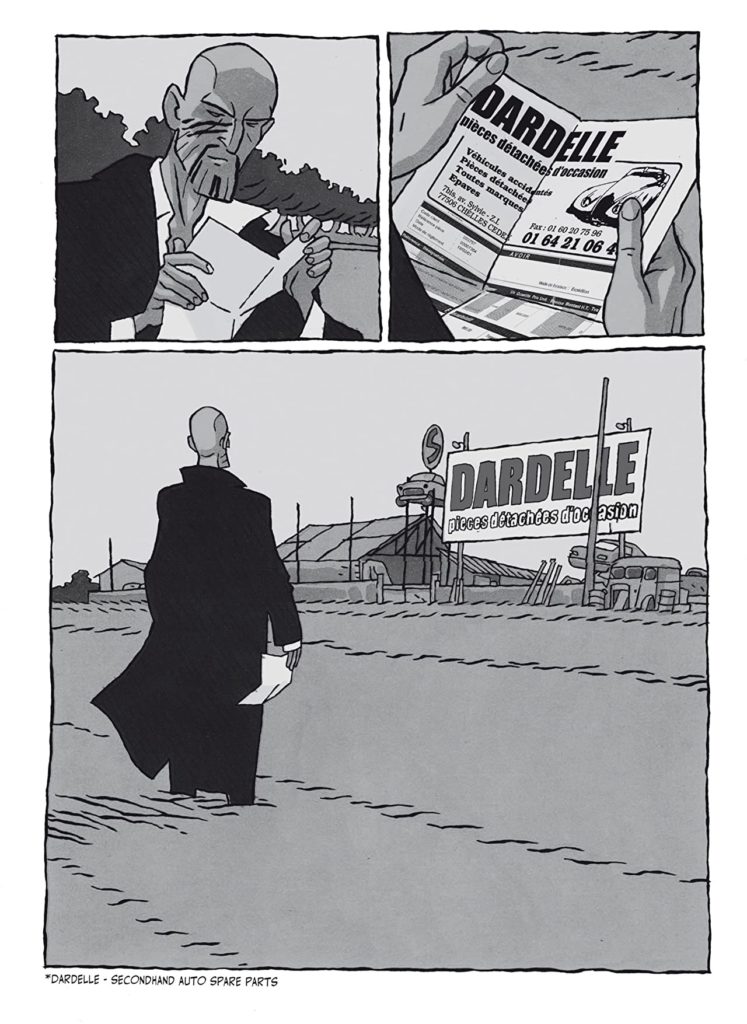 …a great pick for crime fiction fans: a hidden gem! 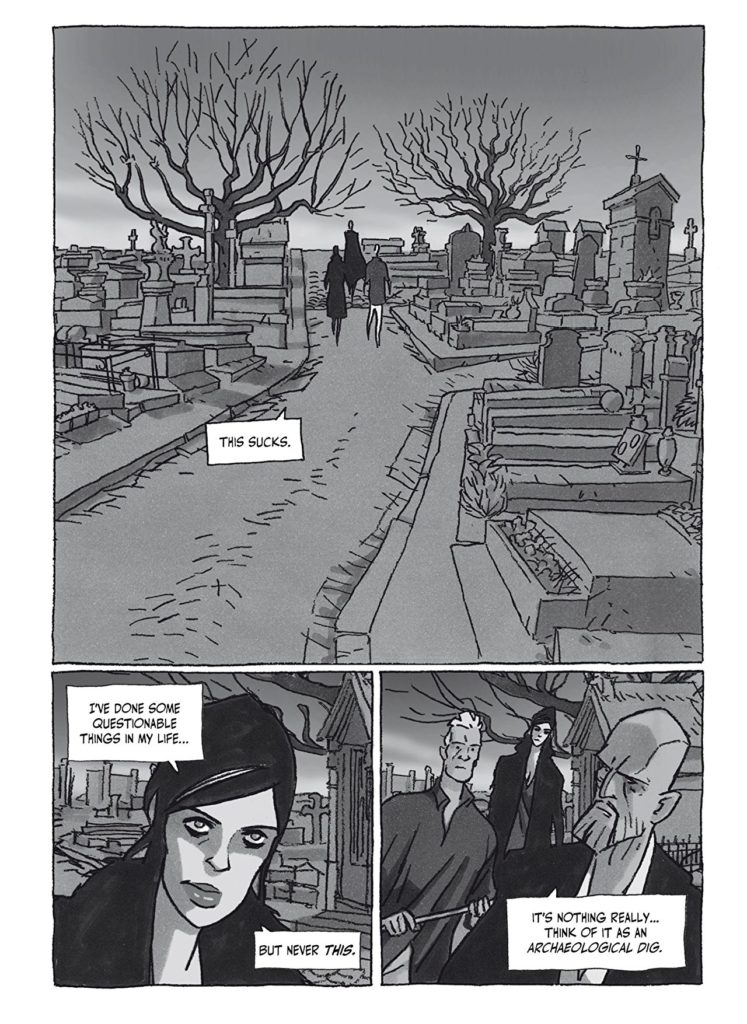 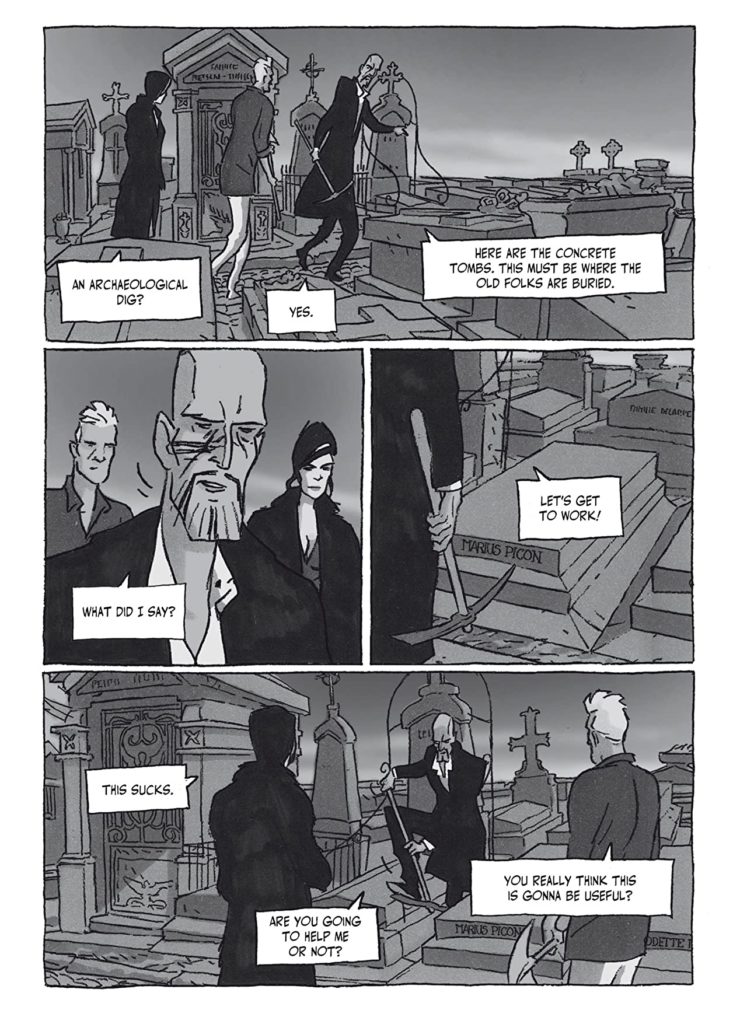 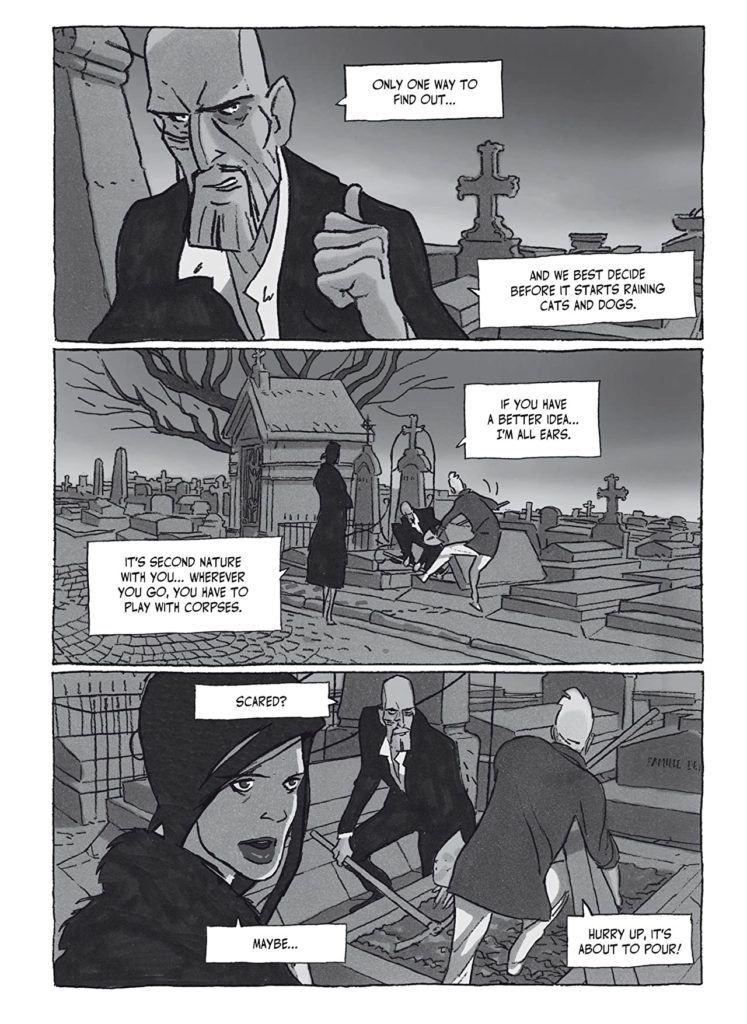 In the course of finding the meaning behind the tattoo, the story then takes a historical turn in an unpredictable turn. Such zigzags somehow fit very naturally in the narrative and result in a captivating plot.