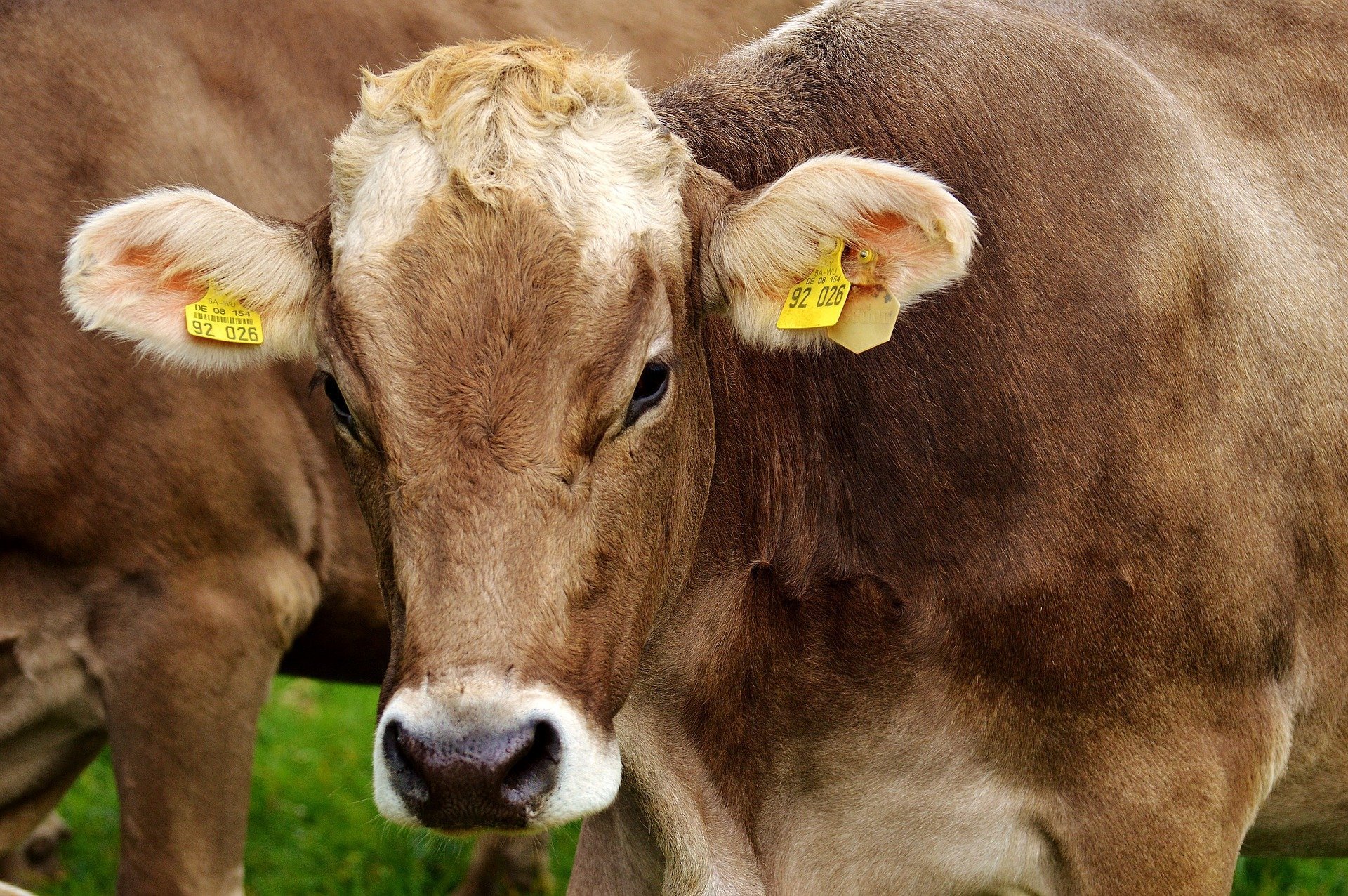 Aside of Beef: Crime Flash Fiction By Jeremy Herbert

Jeremy Herbert, author of Aside of Beef, is a screenwriter and filmmaker splitting time between Cleveland and Orlando. His crime fiction has previously been published in Ellery Queen Mystery Magazine.

Harv Troyer punched the nearest cow in the flank and, when it didn’t seem to care, got even madder. He wheeled back for another jab, but his knuckles already ached and the “easy money” – a flat grand – didn’t leave much for medical.

“I’m gettin’ a fat, fuckin’ filet mignon on the way home,” whispered Harv into a shaggy brown ear that twitched in response. He looked the thing in the big, dull eight-ball eye and saw only his bent shadow against a bent sunset. Dumbest animals Harv ever met. Ears hanging out like after-market mirrors on a truck that can’t park for shit. Eyes just sinkholes on the side of its skull. Smelled bad, moved bad. Prob’ly total a car on one and the thing wouldn’t even notice.

Harv leaned on the cow he punched, buried his head in its hide, and wished he’d never taken the councilman’s call. The voice never gave his name, but Harv knew him. Heard him on the news, some middle-aged Men’s Warehouse model playing politician, vowing too loud to keep some developer out of Osceola County. Course he didn’t tell the pretty lady with the microphone he was gonna do it the Florida way – with big, dumb cows.

Harv leaned on the cow he punched, buried his head in its hide, and wished he’d never taken the councilman’s call.

Rent a few for your vacant lot along I-4 and suddenly you’re a bonafide farmer with the tax cuts to match. Harv had been passing the things for years, wondering just what the hell they did all day. He ran port-o-potties up and down the state for a while and saw a few with goalpost horns walk clean through barbed wire. Dragged it behind them like untied shoelaces. Just because they smelled some better grass on the other side. Dipshits.

That’s why Harv thought he could steal a few for the councilman with the thousand dollars. Whatever toupee enthusiast that guy wanted gone, all it would take was a phone call for the right people to cry fraud on his cow-free tax cut. Harv didn’t know the ins and outs. Didn’t want to. But now he had a pretty good idea how hard it was to corral five cows into a Uhaul trailer under cover of night.

“Hey, nobody asked you.” Harv couldn’t squint out the guilty party in the dark, so he looked past them at Lake Oke-somethin’ across the street. All the lakes down there sounded the same to him, like somebody trying to say “artichoke” for the first time. That made him chuckle. A postcard purple sunset over Lake Artichokee. His truck and the trailer cut out of the horizon like a Ford commercial.

The cow jogged a few steps farther in the echo of the gunshot and resumed its loitering.

Harv pulled his wallet out of the pocket where it carved a dent in his ass for twenty years and took out more money than it’d ever held. Five hundred, the up-front. He fanned out the five bills, held them out at the bruised sky, and let them flutter in his fist on a breeze that smelled like hot swamp. He hated that briny stink, but barely noticed it with the view. Til one of the stupid cows walked in front of him.

The cow jogged a few steps farther in the echo of the gunshot and resumed its loitering. Harv hit the grass with a neat little hole in his head an inch below his bald spot. The five hundred dollars fell like confetti.

Across the field, Luis “Lou” Fraga watched the blue smoke curl off the end of his rifle and waited for shadows on the lake to move. His cows were fine, thank god. Well, not his cows, but he checked on them every day like most of the other lots in the county. Friend called, told him they saw a moving truck in one of his fields. Boss said he didn’t know anything about it, but he sure seemed to know something. Get a gun and go look.

Lou looked down his sights for almost an hour, making sure the thief didn’t try anything. He didn’t, and by the time Lou reached the cows, they’d eaten all but half a hundred of Harv’s easy money.