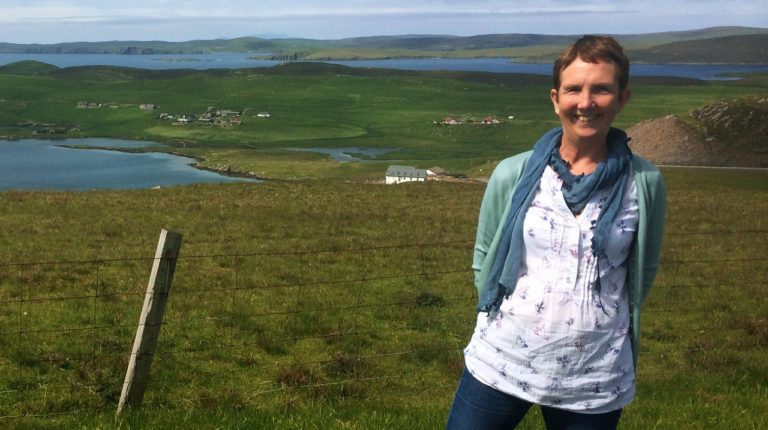 Ann Cleeves Crime Novels As A New Series For BBC

The work of the award-winning crime novelist Ann Cleeves is once again coming to TV as a new drama developed by BBC Scotland and ITV.

According to Herald Scotland, Shetland, the new series, will star Douglas Henshall and in a nutshell, is a dramatization of Ann Cleeves’ Shetland Islands quartet, the first novel of which, Raven Black, won a Dagger award for crime fiction.

The drama centers around Detective Jimmy Perez, a native Shetlander who has returned home. With a screenplay by David Kane, a writer for The Field of Blood, Taggart, and Rebus, it will be produced by Sue De Beauvoir and directed by Peter Hoare.

Shetland will be aired later in 2012. The two-part drama is to be executive produced by ITV Studios and Christopher Aird for BBC Scotland.

To give you an overview about the author, Ann Cleeves (born 1954) is a British crime-writer who won the inaugural Duncan Lawrie Dagger, the richest crime-writing prize in the world, for her novel Raven Black in 2006. Cleeves studied English at Sussex University but dropped out. She then took up various jobs including cook, auxiliary coastguard, probation officer, library outreach worker and child care officer. She lives in Whitley Bay, and is married with two daughters. The Vera Stanhope novels have been dramatized as the TV detective series Vera and the Jimmy Perez novels as the series Shetland.

In 2014 Cleeves was awarded an Honorary Doctorate of Letters by the University of Sunderland. In 2015, Cleeves was the Programming Chair for the Theakstons Old Peculier Crime Writing Festival & the Theakston’s Old Peculier Crime Novel of the Year Award. In 2015, she was shortlisted for the Dagger in the Library UK Crime Writers’ Association award for an author’s body of work in British libraries (UK).

Like Books By Ann Cleeves? You can check out the following titles from Shetland Islands quartet, one of the author’s popular series.