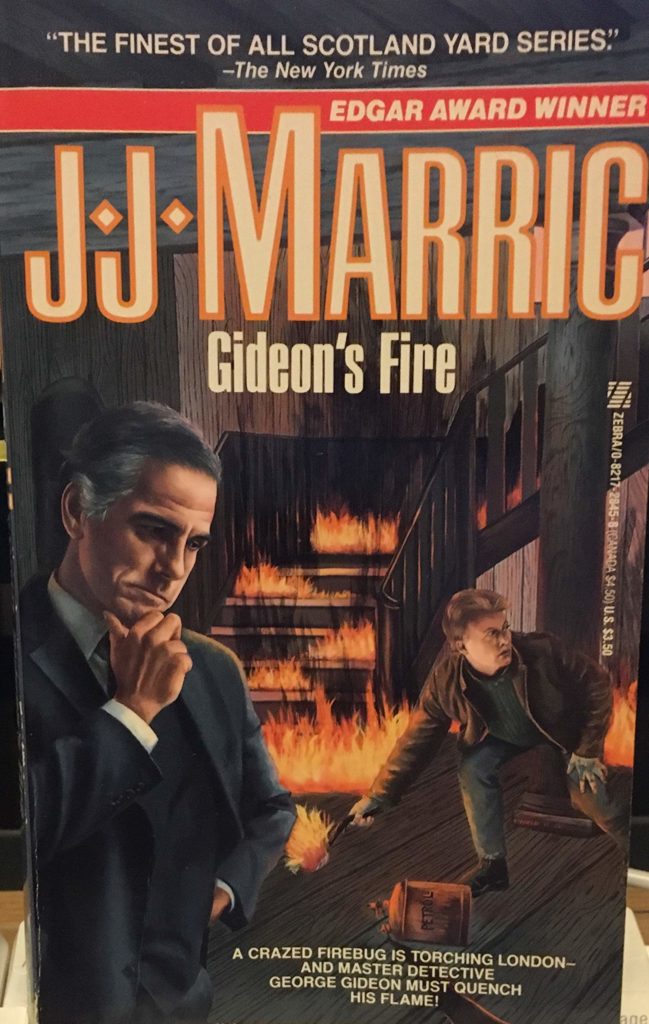 John Creasey was born in Southfields, Surrey, to a working-class family. He was the seventh of nine children of Ruth and Joseph Creasey, a poor coach maker. Creasey was educated at Fulham Elementary School and Sloane School, both in London. From 1923 to 1935 he worked various clerical, factory, and sales jobs while trying to establish himself as a writer. After a number of rejections, Creasey’s first book was published in 1930. His first crime novel, Seven Times Seven, was published in January 1932 by Melrose. It was a story about a gang of criminals. In 1935 he became a full-time writer. In 1937 alone, twenty-nine of his books were published. A phenomenally fast writer, he once suggested that he could be shut up in a glass-box and write there a whole book.

In 1938, he created the character The Toff with the first novel Introducing the Toff. The Toff series would continue for 59 novels from 1938 to 1978. The Toff, The Honourable Richard Rollison, is an aristocrat and an amateur sleuth. (“Toff” is a British slang expression for an aristocrat.)

During World War II, he created the character of Dr. Stanislaus Alexander Palfrey, a British secret service agent, who forms Z5, a secret underground group that owes its allegiance to the Allies. The first novel of the Dr. Palfrey 34-book series was Traitor’s Doom, published in 1942 by John Long Ltd., while the last was The Whirlwind in 1979.

Several adaptations were made of Creasey’s novels. On film these included: Salute the Toff (1952, also known as Brighthaven Express in the USA), Hammer the Toff (1952), John Ford’s Gideon’s Day (1958, also known as Gideon of Scotland Yard in the USA), released by Columbia Pictures, and Cat & Mouse (1958, also known as The Desperate Men in the USA), written as Michael Halliday. On television, a series based on the Commander George Gideon character, Gideon’s Way, was produced from 1964 to 1965 by ITC Entertainment and starring John Gregson in the title rôle. ITC followed this with a version of Creasey’s The Baron character (1965–66), starring Steve Forrest. Between 1967 and 1971 the BBC produced a radio version of Creasey’s Roger West stories with actor Patrick Allen in the title role as Scotland Yard Chief Inspector Roger “Handsome” West, with Allen’s real-life wife Sarah Lawson playing the role of West’s wife Janet.

In 1962, Creasey won an Edgar Award for Best Novel, from the Mystery Writers of America (MWA), for Gideon’s Fire, written under the pseudonym J. J. Marric. In 1969 he received the MWA’s greatest honour, the Grand Master Award. He served one term as president of the organization in 1966, one of only three non-American writers to be so honoured.

Creasey had as many publishers as he had pseudonyms, but enjoyed enduring relations with John Long and Hodder & Stoughton in the UK. After he finally broke into the American market in the 1950s, many of his books were released by Harper and Scribners; Walker reissued many older titles in the revised editions.

He died at Salisbury, Wiltshire in 1973.

In 2007, his family transferred all of Creasey’s copyrights and other legal rights to Owatonna Media. Owatonna Media on-sold these copyrights to Coolabi Plc in 2009, but retained a master licence in radio and audio rights. These rights are commercially licensed in the UK and abroad.

In 1953, John Creasey founded the Crime Writers’ Association (CWA) in the UK. The CWA New Blood Dagger is awarded in his memory, for first books by previously unpublished writers; sponsored by BBC Audiobooks, it includes a prize of £1000. This award was known previously as the John Creasey Memorial Dagger.

Commander George Gideon of Scotland Yard has to deal successively with news of a mass murderer, a depraved maniac, and the deaths of a family in an arson attack on an old building south of the river. This leaves little time for the crisis developing at home.