Edith Pargeter (28 September 1913 – 14 October 1995), also known by her nom de plume Ellis Peters, was an English author of works in many categories, especially history and historical fiction, and was also honoured for her translations of Czech classics; she is probably best known for her murder mysteries, both historical and modern. She is well known for her medieval-detective series The Cadfael Chronicles. She won the Edgar award for best novel in 1963 for Death and the Joyful Woman.

Pargeter was born in the village of Horsehay (Shropshire, England). Her father was a clerk at a local ironworks. She was educated at Dawley Church of England School and the old Coalbrookdale High School for Girls. She had Welsh ancestry, and many of her short stories and books (both fictional and non-fictional) are set in Wales and its borderlands, or have Welsh protagonists.

During World War II, she worked in an administrative role in the Women’s Royal Naval Service (the “Wrens”) and had reached the rank of petty officer by 1 January 1944 when she was awarded the British Empire Medal (BEM) in the New Year Honours.

In 1947 Pargeter visited Czechoslovakia and became fascinated by the Czech language and culture. She became fluent in Czech and published award-winning translations of Czech poetry and prose into English.

She devoted the rest of her life to writing, both nonfiction and well-researched fiction. She never attended university but became a self-taught scholar in areas that interested her, especially Shropshire and Wales. Birmingham University gave her an honorary master’s degree. She never married, but did fall in love with a Czech man. She remained friends with him after he married another woman. She was pleased that she could support herself with her writing from the time after the Second World War until her death.

Pargeter wrote under a number of pseudonyms; it was under the name Ellis Peters that she wrote her later crime stories, especially the highly popular series of Brother Cadfael medieval mysteries, a Benedictine monk at the Abbey in Shrewsbury. That pseudonym was drawn from the name of her brother, Ellis, and a version of the name of the daughter of friends, Petra. Many of the novels were made into films for television. Although she won her first award for a novel written in 1963, her greatest fame and sales came with the Cadfael Chronicles, which began in 1977. At the time of the 19th in the series of 20 novels, sales exceeded 6.5 million.

The Cadfael Chronicles drew international attention to Shrewsbury and its history, and greatly increased tourism to the town. In an interview in 1993, she mentioned her own work before the Second World War as a chemist’s assistant, where they prepared many of the compounds they sold. “We used to make bottled medicine that we compounded specially, with ingredients like gentian, rosemary, horehound. You never see that nowadays; those tinctures are never prescribed. They often had bitters of some sort in them, a taste I rather liked. Some of Cadfael’s prescriptions come out of those years.”

Her Cadfael novels show great appreciation for the ideals of medieval Catholic Christianity, but also a recognition of its weaknesses, such as quarrels over the finer points of theology (The Heretic’s Apprentice), and the desire of the church to own more and more land and wealth (Monk’s Hood, Saint Peter’s Fair, The Rose Rent).

She died at her home in Madeley, Shropshire in 1995 at the age of 82. She had recently returned home from hospital following a stroke. On 14 September 1997, a new stained glass window depicting St Benedict was installed in Shrewsbury Abbey and was dedicated to the memory of Edith Pargeter, with funds raised by donations from admirers of the author.

Death and the Joyful Woman

Is a vulgarity ground for murder? Alfred Armiger had antagonized many with his greed and crass acquisitiveness. So when the ruthless beer baron is discovered dead, his head beaten in by a magnum of champagne, there is no shortage of suspects. 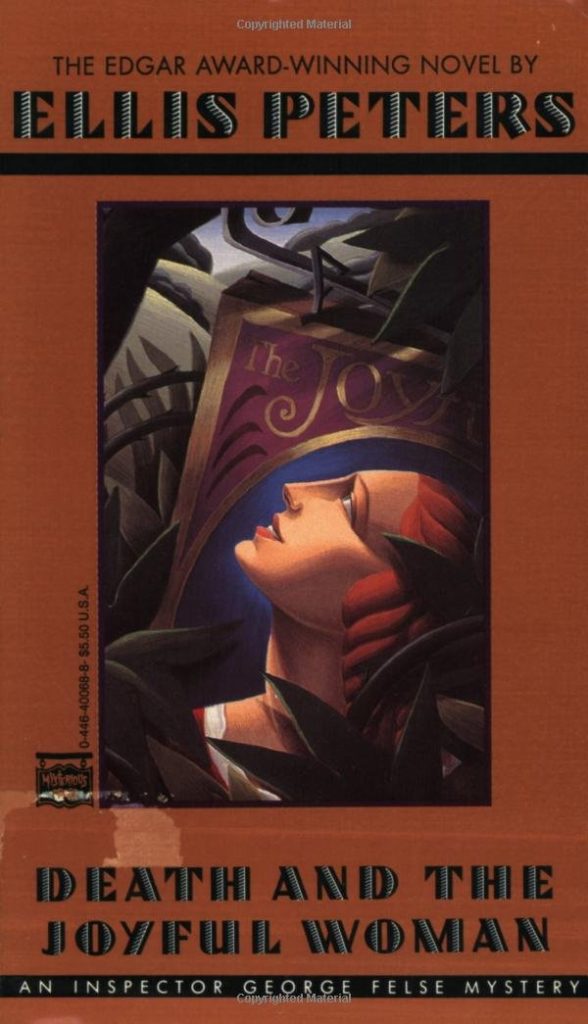 All of Comerford is shocked when Detective George Felse arrests Kitty Norris, the daughter of a rival beer baron, the last person to see Armiger alive, and the main beneficiary of his will. But Kitty, charming and popular, has an unexpected advocate in Felse’s young son, Dominic, who has fallen in love with her. Passionately convinced of Kitty’s innocence, Dominic sets out to find the true culprit, a hazardous undertaking that could cost him his life.

Death and the Joyful Woman is the 2nd book in the Felse Investigations, but you may enjoy reading the series in any order.

The Brothers of Gwynedd Quartet

Come In – and Welcome Everywoman’s, January 1938 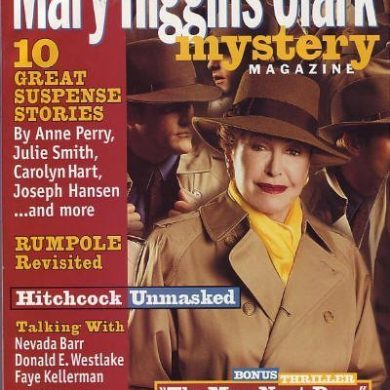