Lacy was born in New York City. He was a member of the League of American writers, and served on its Keep America Out of War Committee in January 1940 during the period of the Hitler-Stalin pact. He died of a heart attack in Harlem in 1968, at the age of 56.

If you’re Toussaint Moore, a private investigator from New York City, and a Negro, framed in your own city for a white man’s murder, you are going to find it tricky sledding in a small Ohio town, close to the Kentucky border. But the small town was where Moore felt he had to be, to try to find proof for the police that he was innocent of the killing.

Moore’s problems had started in New York, when the publicity woman from a television show called You-Detective! came to ask him to shadow a man. The idea of the show was that the viewers were given information about a wanted man, and the first viewer to find the man and report him to the police won a reward. In short, it was a combination adventure and give-away show.

Ed Lacy has written his most unusual story-a very exciting one, and one which handles with exceptional insight a Negro’s experiences in a large northern city and a small, bordering-on-the-South town. 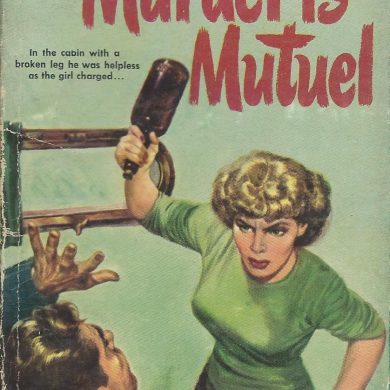