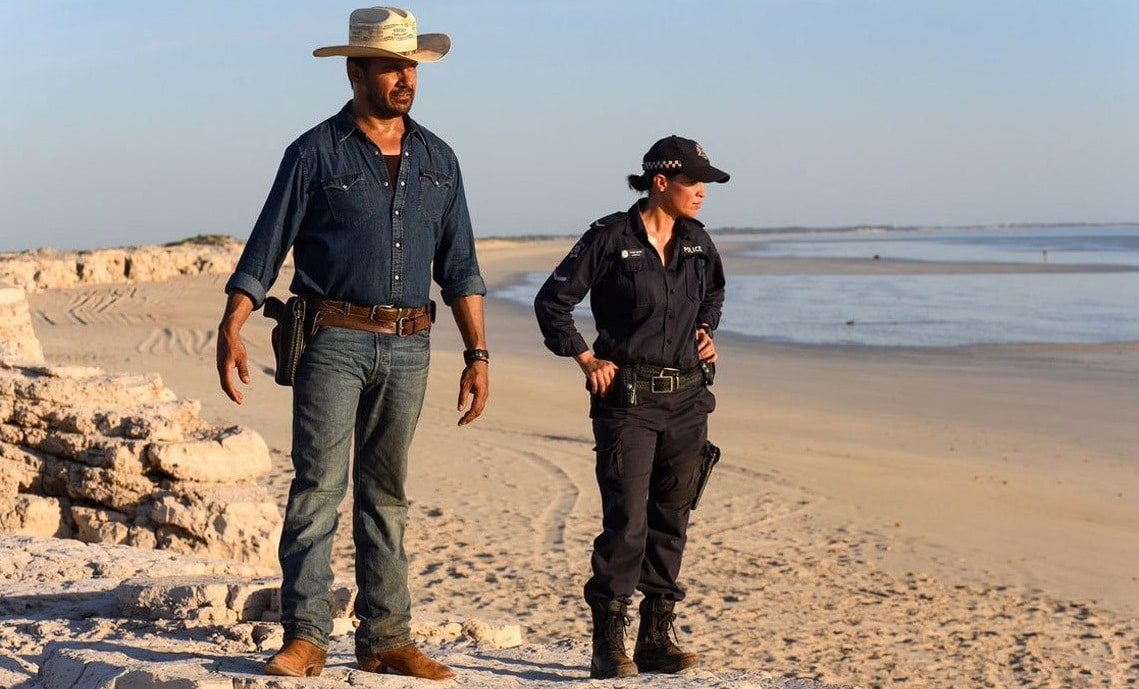 November 2020 has a bounty of new and returning mystery and drama series on Acorn TV. This month’s premieres include the picturesque Irish drama The South Westerlies (Nov. 9) starring Orla Brady and the contemporary French family drama Reunions (Nov. 23).

One of Australia’s most in-demand actors, Aaron Pedersen (Jack Irish, A Place to Call Home) reprises his signature role as brooding yet very dedicated and sharp Indigenous detective Jay Swan in this beautifully filmed, multiple award-winning Neo-Western mystery set in the Australian outback.

When a decapitated body is found in the mangroves of a coastal town of Gideon, Jay teams up with local constable Fran Davis (Jada Alberts, Wentworth) to investigate the crime. He also faces obstruction from a visiting Swedish archaeologist (Sofia Helin, The Bridge), who suffers a crisis of conscience when she finds an unidentified modern grave at her dig site that jeopardizes her work, yet it could also solve a murder.

This picturesque Irish drama stars Orla Brady (American Horror Story: 1984, Into the Badlands, Star Trek: Picard) as a single working mom and environmental consultant who has to go undercover among protesters to quash objections to a Norwegian-owned offshore wind farm earmarked for a small town on the southwest coast of Ireland.

It’s not just the spectacular scenery that’s under pressure. For this straight-talking Dublin woman tasked to bring the project home for a lucrative promotion, her eco-battle is complicated by the reappearance of a crinkly-eyed surfer with a striking resemblance to her teenage son, as well as the emergence of old secrets she’s keeping under wraps.

Under investigation for a fatal shooting, Detective Richard Treloar (Richard Roxburgh, The Hunting, Rake) is transferred to a desk job at the Police Museum. While preparing a photographic exhibition, he becomes obsessed with an archival image of a beautiful murder victim.

As he scans the graphic black and white images, he searches for her face – at first in the background, then in the company of criminals and finally, as the victim of an unsolved crime. This film also stars Essie Davis (Miss Fisher and the Crypt of Tears), Emily Barclay (In My Father’s Den), and Alice McConnell (Mary Bryant). (TV Movie, 2006) 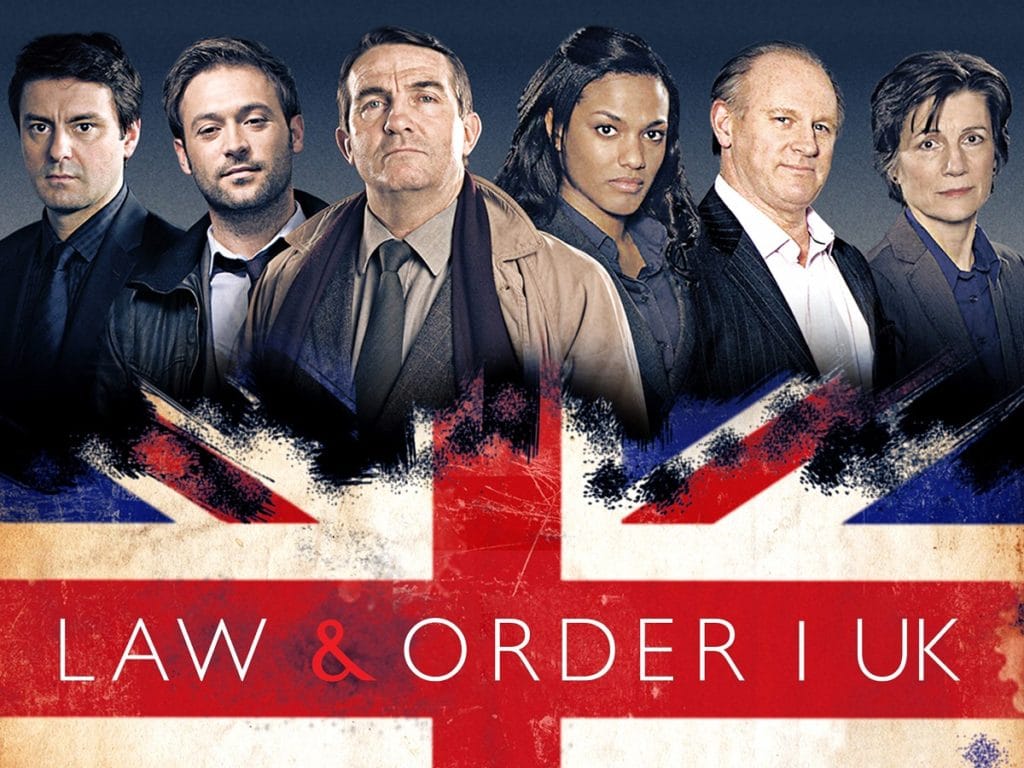 The English adaptation of the beloved courtroom drama is based on the enormously successful U.S. format created by two-time Emmy award-winning producer Dick Wolf. A host of top British acting talent comes together to form the ensemble, while the original series’ iconic two-part structure – first half Law, second half Order, is handled with a uniquely English spin.

Bradley Walsh (Torn, Coronation Street) is DS Ronnie Brooks, a real East End, copper’s copper, friend and partner to the charming DS Matt Devlin (Jamie Bamber, Battlestar Galactica), whose approach to policing is part seduction, part force. Both report to DI Natalie Chandler (Harriet Walter, Belgravia) a working mum who would back them to the end.

The CPS team consists of Ben Daniels (The Passion, The State Within) as dedicated Senior Crown Prosecutor James Steel, a man on a mission for justice; Freema Agyeman (Dr. Who, Torchwood) as hard working, strong-willed young prosecutor Alesha Phillips; and Bill Paterson (Little Dorrit, Criminal Justice) as their respected boss CPS director George Castle, a man trying to balance his ideals with the bigger picture. (10 EPS, 2010)

A MODEL DAUGHTER: THE KILLING OF CAROLINE BYRNE

In the early hours of June 8, 1995, model Caroline Byrne’s body was recovered from the rocky shore below the sheer cliffs of the notorious Gap, the preferred suicide location in Sydney. Did she jump or was she pushed? Caroline’s boyfriend Gordon Wood (David Lyons, Seven Seconds, Philip K. Dick’s Electric Dreams), a chauffeur and personal assistant to a stockbroker, claims she took her own life because of depression.

The truth is only revealed through the strong belief of her father Tony Byrne (Garry McDonald, Mother and Son) that she wouldn’t commit suicide and his dogged battle for justice. Caroline Byrne is played by Cariba Heine (Designated Survivor, Hiding, Adopted).  McDonald was nominated for Australian Film Institute and Silver Logie awards for his role in this film. (TV Movie, 2009)

In this heartwarming, contemporary French drama, two half-brothers who learn about each other’s existence after the death of their father inherit a hotel on the paradise island of Réunion.

Since the hotel is on the verge of bankruptcy, Jérémy (Loup-Denis Elion) and Antoine (Nicolas Bridet) and their respective families make huge sacrifices in working together to turn things around.  Chloe (Laëtitia Milot), Jeremy’s companion, is immensely excited by the prospect of moving to the island with its stunning white sandy beaches and sees it as the ideal opportunity to start a new life, where the couple can leave behind their massive debts.

She plunges herself enthusiastically into management with Jérémy and Antoine, who are from different races and economic classes. But things are not as rosy as they seem. This series explores the importance of family, parenthood and the class divide. (6 EPS, 2020, with English subtitles)

Get a glimpse of the true story behind All Creatures Great and Small, the classic BBC TV series by British veterinary surgeon and author Alf Wight, known worldwide as James Herriot. This documentary series profiles the dedicated team of staff at Skeldale Veterinary Centre, Wight’s original practice in Thirsk, North Yorkshire founded in 1940.

With exclusive access to Julian Norton, The Yorkshire Vet, as well as his partner and Alf’s former trainee, Peter Wright and their staff, viewers get to follow the day-to-day comings and goings and meet their clientele – both two-legged and four-legged! This center may have moved from the original premises to a purpose-built facility, but the heart and soul of this historic veterinary practice are very much alive and beating. Series 1-9 also streaming. (4 EPS, 2020)

In the city of London, where crime never sleeps, the team are faced with their toughest challenges yet as this acclaimed courtroom drama returns for Series 2.

The Crown Prosecution Service are still reeling in the aftermath of the previous series’ heart-wrenching finale, but there’s little time for contemplation as a raft of new cases quickly pile up. Bradley Walsh (Coronation Street), Jamie Bamber (Battlestar Galactica) and Harriet Walter (Atonement) battle at keeping the streets free of crime, delivering criminals into the capable hands of CPS stalwarts Ben Daniels (The State Within), Freema Agyeman (Dr. Who) and Bill Paterson (Little Dorit). (10 EPS, 2011)

If you’re looking for more of our coverage of shows on Acorn TV, please visit 14 Best British Murder Mysteries And Crime Drama DVDs on Acorn.