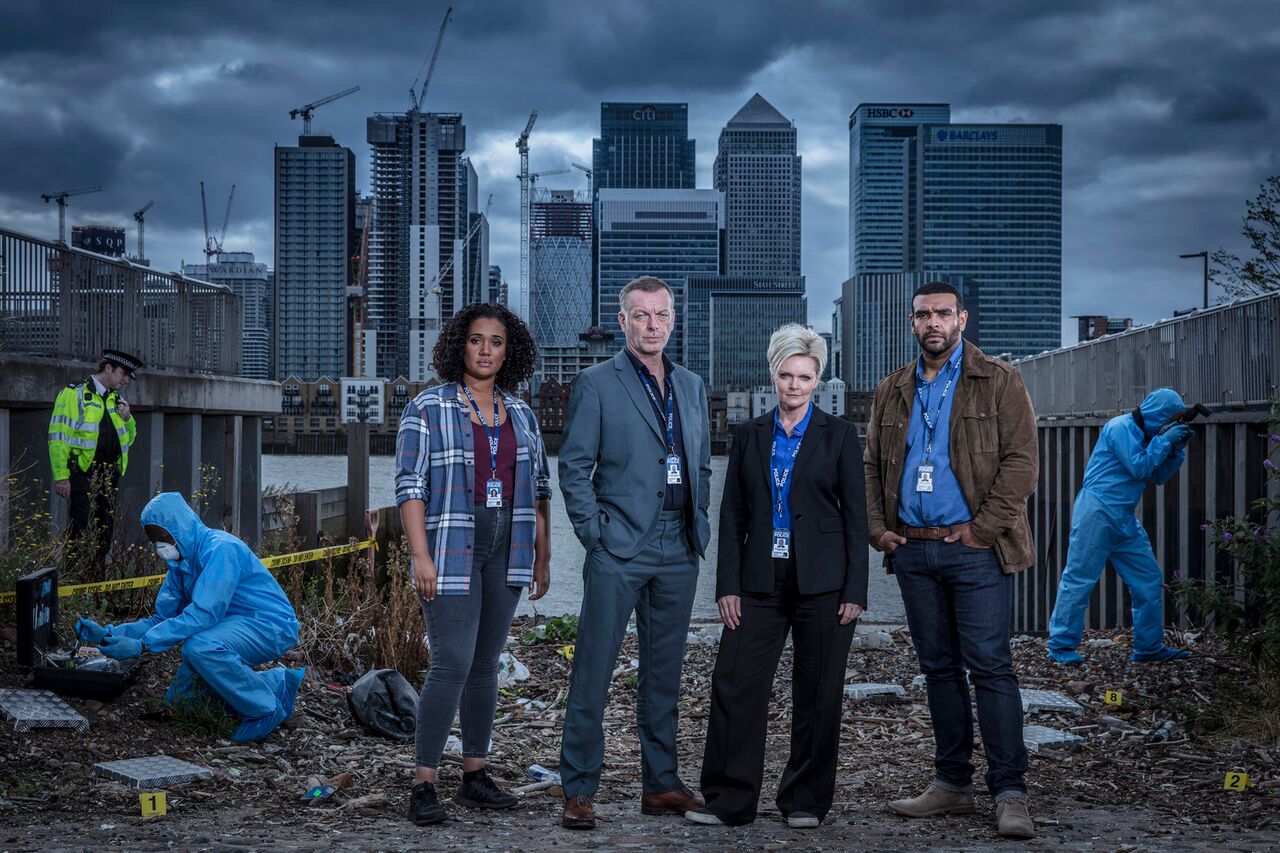 London Kills, Series 1 makes its world premiere in the U.S. and Canada on Monday, February 25, 2019. From three-time BAFTA Award nominee Paul Marquess, the creator of Suspects, the five-part series, shot like a cutting-edge documentary, focuses on a different murder each episode, following a team of detectives in London.

As the detectives solve each murder case – the staged suicide of an MP’s son, the mysterious death of a man on his stag night, a killing on a house-boat, a woman’s body washed up by the Thames, and the stabbing of one of his own team – the one case David can’t solve is the one most personal to him. Where is his wife? David’s emotional turmoil increases when, at the end of episode one, his wife’s bag is found at a murder victim’s home – how on earth did it get there? And does this mean that she’s alive or dead?