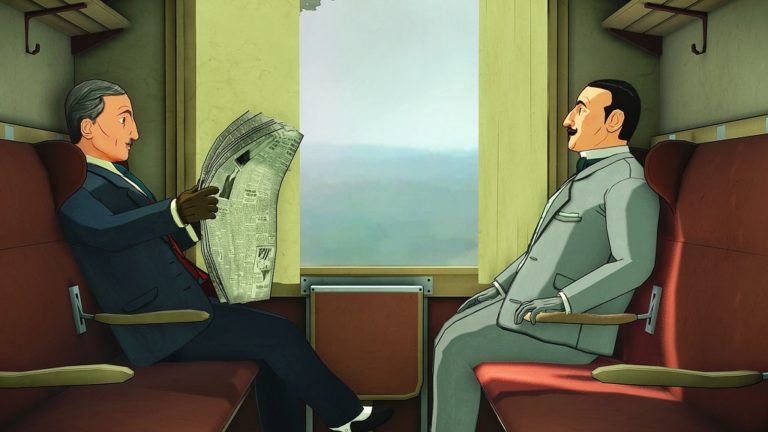 The ABC Murders, a Delightful Mystery Game for Smart Phones and Tablets

For the lovers of Agatha Christie’s 20th century detective Hercule Poirot, what would be a modern addition to their bookshelf? The answer is perhaps Poirot’s 21st century incarnation in a new mystery game.

The ABC Murders, is a delightful mystery game that was recently released for smart phones and tablets, features one of Poirot’s most famous cases which is referenced once in a while in some serial killer movies. Rather than the typical single-murder which was Christie’s usual template, this story features several murders across Britain all undertaken by a sinister criminal who taunts the detective with mysterious letters signed only by the letters A.B.C.

What immediately surprised us when we started testing this game was the appealing graphics; the character models are fully animated and exist in a 3D setting, but have been given a 2D look. You spend most of your time as Poirot wandering around the gorgeous environments looking for clues—hidden in cabinets, tucked into desk drawers, hidden behind paintings.

During the course of the game, which can take up to 12 hours, Poirot usually uses the evidence to identify and send for one of the suspects or other important figures in the case. Before speaking with anyone, Poirot takes a moment to observe the persons facial expression, clothes, nervous tics and formulate a slapdash impression of their mental state.

An interesting addition to the deductions and puzzles throughout the story, is the reconstruction that takes place for each of the three murder scenes you visit. After you’ve solved the relevant questions, you can attempt to reconstruct the murder as it happened. Here, picking the wrong clues might mean going back to the start.

Overall, ABC Murders is a very strong game and we think all lovers of classic mysteries or Poirot in particular will enjoy this delightful little mystery app.

Like to read ABC Murders or Hercule Poirot in Print? Check out the following titles from Agatha Christie.