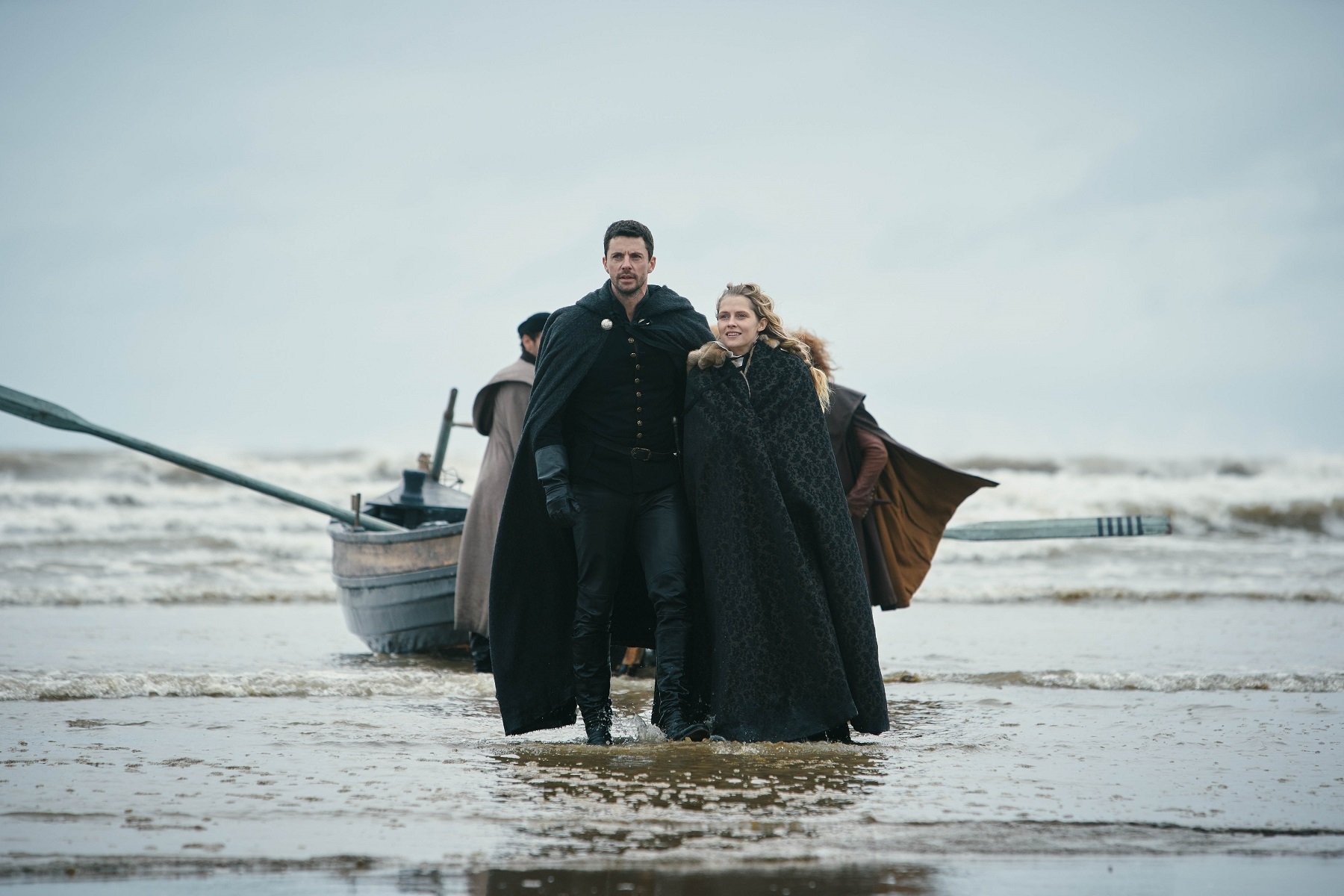 “A Discovery of Witches” Catch-Up Opportunities For Season Two

In advance of the highly anticipated season two premiere of A Discovery of Witches on January 9, fans of this fantasy series are being given a number of ways to catch up on season one: The entire first season will be available on Sundance Now, Shudder and AMC+ as free content without a subscription from January 4 through January 18, 2021.

The first season will also appear on the AMC linear network as a full-season marathon on January 24, including special additional behind the scenes content with the cast and crew and interviews with author Deborah Harkness.

Season two will premiere on January 9, one day after the series’ UK Premiere. The second season consists of 10 new episodes, with a new episode arriving on all three platforms every Saturday.

“A Discovery of Witches” is a fantasy series based on the similarly-named novel of the `All Souls’ trilogy, written by Deborah Harkness. Teresa Palmer portrays Diana Bishop, a historian who discovers a bewitched manuscript in the Bodleian library. As she attempts to unravel the secrets this book holds about magical creatures, she is forced back into the world of magic, full of vampires, daemons, witches and forbidden love.

Forming an unlikely alliance, geneticist and vampire Matthew Clairmont, portrayed by Matthew Goode, helps Diana to attempt to protect the book and solve the riddles within, while at the same time dodging threats from the magical creature world.

The All Souls Series

With more than two million copies sold in the United States, the novels of the number one New York Times–bestselling All Souls Series have landed on all the major bestseller lists, garnered rave reviews, and spellbound legions of loyal fans.

A Discovery of Witches (All Souls Trilogy, Book 1)

Deborah Harkness’s sparkling debut, A Discovery of Witches, has brought her into the spotlight and galvanized fans around the world. In this tale of passion and obsession, Diana Bishop, a young scholar and a descendant of witches, discovers a long-lost and enchanted alchemical manuscript, Ashmole 782, deep in Oxford’s Bodleian Library. Its reappearance summons a fantastical underworld, which she navigates with her leading man, vampire geneticist Matthew Clairmont.

Harkness has created a universe to rival those of Anne Rice, Diana Gabaldon, and Elizabeth Kostova, and she adds a scholar’s depth to this riveting tale of magic and suspense. The story continues in book two, Shadow of Night, and concludes with The Book of Life.

Picking up from A Discovery of Witches’ cliffhanger ending, Shadow of Night takes Diana and Matthew on a trip through time to Elizabethan London, where they are plunged into a world of spies, magic, and a coterie of Matthew’s old friends, the School of Night. As the search for Ashmole 782 deepens and Diana seeks out a witch to tutor her in magic, the net of Matthew’s past tightens around them, and they embark on a very different—and vastly more dangerous—journey.

The Book of Life (All Souls Trilogy, Book 3)

After traveling through time in Shadow of Night, the second book in Deborah Harkness’s enchanting series, historian and witch Diana Bishop and vampire scientist Matthew Clairmont return to the present to face new crises and old enemies. At Matthew’s ancestral home at Sept-Tours, they reunite with the cast of characters from A Discovery of Witches—with one significant exception. But the real threat to their future has yet to be revealed, and when it is, the search for Ashmole 782 and its missing pages takes on even more urgency.

In the trilogy’s final volume, Harkness deepens her themes of power and passion, family and caring, past deeds and their present consequences. In ancestral homes and university laboratories, using ancient knowledge and modern science, from the hills of the Auvergne to the palaces of Venice and beyond, the couple at last learn what the witches discovered so many centuries ago.

On the battlefields of the American Revolution, Matthew de Clermont meets Marcus MacNeil, a young surgeon from Massachusetts, during a moment of political awakening when it seems that the world is on the brink of a brighter future. When Matthew offers him a chance at immortality and a new life free from the restraints of his puritanical upbringing, Marcus seizes the opportunity to become a vampire. But his transformation is not an easy one and the ancient traditions and responsibilities of the de Clermont family clash with Marcus’s deeply held beliefs in liberty, equality, and brotherhood.

Fast-forward to contemporary Paris, where Phoebe Taylor–the young employee at Sotheby’s whom Marcus has fallen for–is about to embark on her own journey to immortality. Though the modernized version of the process at first seems uncomplicated, the couple discovers that the challenges facing a human who wishes to be a vampire are no less formidable than they were in the eighteenth century. The shadows that Marcus believed he’d escaped centuries ago may return to haunt them both–forever.

A passionate love story and a fascinating exploration of the power of tradition and the possibilities not just for change but for revolution, Time’s Convert, the fourth books in the All Souls Series channels the supernatural world-building and slow-burning romance that made the previous books instant bestsellers to illuminate a new and vital moment in history, and a love affair that will bridge centuries.