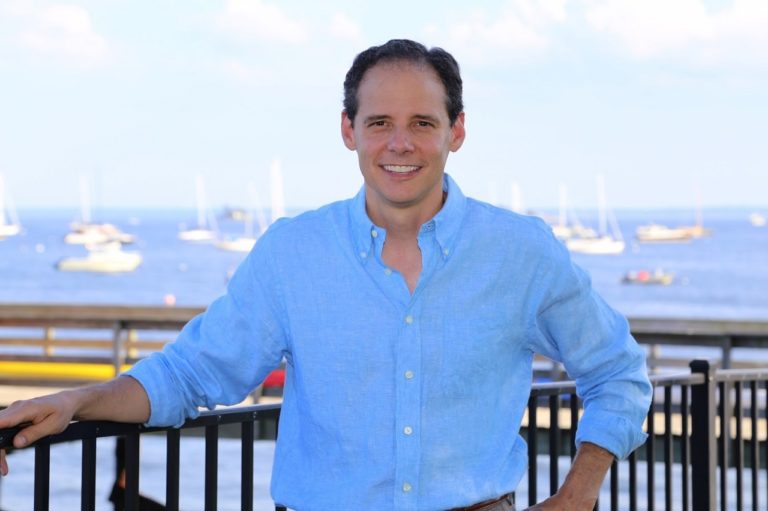 A Conversation With David Ricciardi, Author Of “Warning Light”

He’s backpacked through the mountains of the western United States and Alaska, received extensive training from law-enforcement and US special operations personnel, and once woke up for a 2 AM watch aboard a sailboat only to discover that it was headed the wrong way through the Atlantic sea lanes in heavy weather, with one of the crew suffering from hypothermia.

In Warning Light, when a commercial flight violates restricted airspace to make an emergency landing at a closed airport in Iran, the passengers are just happy to be alive and ready to transfer to a functional plane. All of them except one.

The American technology consultant in business class is not who he says he is. Zac Miller is a CIA analyst. And after an agent’s cover gets blown, Zac–though never trained to be a field operative–volunteers to take his place, to keep a surveillance mission from being scrubbed.

Zac thinks it will be easy to photograph the earthquake-ravaged airport that is located near a hidden top secret nuclear facility. But when everything that can go wrong does, he finds himself on the run from the Islamic Revolutionary Guards and abandoned by his own teammates, who think he has gone rogue. Embarking on a harrowing journey through the mountains of Iran to the Persian Gulf and across Europe, Zac can only rely on himself. But even if he makes it out alive, the life he once had may be lost to him forever.

In the following conversation, David talks about his work, characters and inspirations behind his new novel.

How would you describe Warning Light?

Warning Light is really a tale of survival. It’s the story of a man pitted against a hostile government, a hostile environment, and abandoned by his own support network. His reputation is deeply tarnished and he discovers that he can rely on no one but himself.

Your protagonist, Zac Miller, is a very daring, quick-thinking character. What or who was the inspiration behind him?

Zac is a composite of a number of people I know. I think his strongest attributes are his ability to distill the situation in front of him to a single choice and then act decisively. Sometimes it works and sometimes it doesn’t, but he has a strong moral compass and he doesn’t look back. A lot of times that single choice is to survive or to die, and Zac just keeps pressing forward.

How did you conceive of such a compelling storyline?

It was the confluence of two different streams of thought. First, I think most of us take for granted the enormous amount of technology and support that goes into our daily lives. I often wondered how a single man would survive on his own if something unexpected, but not unthinkable, happened.

Second, the leadership of Iran is underrated as a destabilizing force in the world. They seek to undermine anyone who doesn’t subscribe to their interpretation of Islam. I decided to combine the two themes and put the lone man up against a regime that prides itself on conflict with the west.

Have any experiences from your own life inspired you to write Warning Light?

I’m big on self-reliance. I feel as if half of civilization would be paralyzed if their smartphones died. I’m not saying that we should hew our own lumber and grow our own vegetables, but it’s good to have a basic working knowledge of the systems on which our lives depend. When I go backpacking everything I need is on my back or available in nature. It forces some choices on “what do I really need.” (Confession: I’m also big on hypocrisy. I lost my cell phone for 8 hours last week and was effectively paralyzed.)

What do you like to do in your spare time?

My photograph is next to the “Jack-of-All-Trades/Master-of-None,” entry in the dictionary. I spend a lot of time banging around the great outdoors, with my family whenever possible. Skiing, sailing, shooting sports, scuba diving, and hiking are my favorites.

What is your favorite book and why?

Endurance by Alfred Lansing. It’s the ultimate survival story and beautifully written. It’s a non-fiction account of Ernest Shackleton’s incredible tenacity and resourcefulness in saving his crew after their ship gets caught in the Antarctic ice pack.

Which writer has had the greatest influence on you?

That’s a tough one, because there are so many great authors that have inspired me, but I’d have to say the late Tom Clancy was #1. On top of being a gifted writer, he was also a forward thinker with amazing attention to detail. I read Red Storm Rising once a year for about ten years when it came out in mass-market paperback.

My copy is dog-eared, stained, and missing both covers, but still front and center on my bookshelf at home (standing proudly between The Hunt for Red October and Without Remorse).

Imagine this: you’re thrown into an unknown landscape with just your airplane roll-on suitcase and need to get home using your own wits. What’s the first thing you do? What is one thing that you would bring with you?

The first thing I would do is find out where I was, because if you don’t know that, you don’t know what to do next. And if I could only bring one thing with me, it would be a good pair of boots. Unless you’re lost at sea, there’s nothing more important.

In Warning Light, Zac Miller’s mission and subsequent escape take him to various regions of the world including countries in the Middle East and Europe. Why did you choose each setting? Did you visit any of these places in order to write about them?

Aside from the opening scene in Iran, the plot line dictated most of the setting selections. They had to be realistic for a man with no resources and no outside support. I tried to put myself in Zac’s shoes and said, “Alright, now what?” Whatever seemed to be the best option at the time was where he went. I’d been fortunate to visit a lot of the settings before I started writing. I find the smell and feel of a place can be just as evocative as the way it looks and I tried to capture that in the book.

What challenges did you face while writing Warning Light?

Time. It started off as a hobby and became an obsession. I divided my time pretty evenly between research, writing, and editing. I finally stopped editing when I caught myself rearranging words to the way they’d been two edits ago.

Is there a second book in the works?

[SPOILER ALERT] Yes! The protagonist returns, but unfortunately his luck isn’t a whole lot better in the sequel and he soon finds himself trying to avert a war with little more than his wits and his ingenuity. If you’d like a hint as to where it’s set, I’m heading to the Middle East in the fall to do additional research.