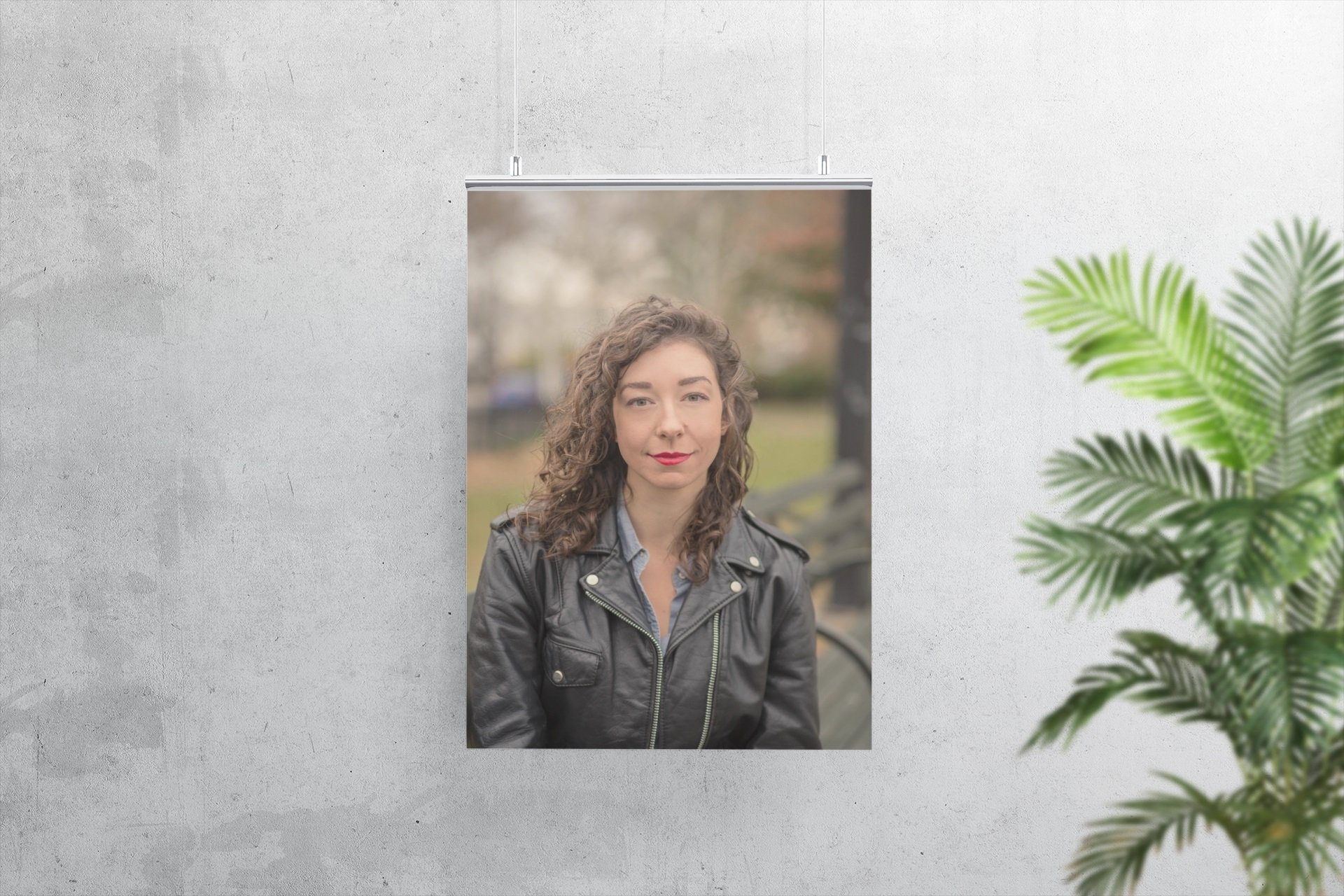 The Lost Night by Andrea Bartz is an impressive suspense novel that was praised by many critics as one of the best debut works of the year upon its release. The author casts a nostalgic, misty haze over this story about a meticulous-minded woman playing detective with her own life.

In The Lost Night, readers learn about Edie: In 2009, Edie had New York’s social world in her thrall. Mercurial and beguiling, she was the shining star of a group of recent graduates living in a Brooklyn loft and treating New York like their playground. When Edie’s body was found near a suicide note at the end of a long, drunken night, no one could believe it. Grief, shock, and resentment scattered the group and brought the era to an abrupt end.

A decade later, Lindsay has come a long way from the drug-addled world of Calhoun Lofts. She has devoted best friends, a cozy apartment, and a thriving career as a magazine’s head fact-checker. But when a chance reunion leads Lindsay to discover an unsettling video from that hazy night, she starts to wonder if Edie was actually murdered—and, worse, if she herself was involved. As she rifles through those months in 2009—combing through case files, old technology, and her fractured memories—Lindsay is forced to confront the demons of her own violent history to bring the truth to light.

What follows is a conversation with Andrea Bartz on her inspirations for the book and her upcoming projects.

Q) How would you describe The Lost Night and what inspired you to write the book?

A) The Lost Night is a mystery/thriller about a woman unraveling the dark truth surrounding her best friend’s apparent suicide in a Brooklyn artists’ loft ten years earlier. It’s dark and twisty and it explores that moment of feeling young and free and invincible when you’re out on your own for the first time—and what happens when that all comes crashing down.

I’ve always loved reading suspense set in close-knit, closed-door worlds (Tana French is the master of this), and looking back on my own time as a twenty-something partying around Brooklyn, I realized the nerve center of that social scene, a factory-turned-artist-loft building in Brooklyn’s gritty Bushwick neighborhood, was the perfect setting for a mystery. What if, after a night of wandering between concerts and readings and dance parties and everything else, we’d come upon a dead body?

Q) The Lost Night is your first novel, but you’ve also written Stuff Hipsters Hate and do quite a bit of freelance writing. How did the process differ between writing fiction versus nonfiction?

A) Stuff Hipsters Hate was a very different beast—my friend Brenna Ehrlich and I started the Tumblr as a joke, and in 2009 publishers were handing book deals out to popular blogs. While writing the nonfiction gift book, we learned a lot about traditional publishing and marketing, but since it was a humor/pop culture book, we never had to work out a plot line, develop characters, or keep an entire world straight in our heads.

Likewise, when I freelance-write features, I’m beholden to the truth—I dig for the facts and then try to present them in a compelling way. Writing fiction is both easier and harder because there are no rules: A character or location or detail doesn’t exist until I craft it on the page. It’s both overwhelming and freeing. Being a journalist means I’m used to writing and editing quickly, though, and comfortable working on a deadline. My editor was always shocked by how quickly I could turn around revisions!

Q) The Lost Night is set in the drug-addled world of Calhoun Lofts, which you say was loosely based on McKibbin Lofts, a legendary dorm for young artsy types, known for its wild weekend parties and general disdain for polite society. Brooklyn, especially Williamsburg and Bushwick, plays heavily in the narrative with New York feeling like a character in and of itself. What came to you first: the idea for the setting or the idea for the plot?

A) They came to me at the exact same time. The full plot line didn’t hit me like a bolt of lightning (and I’m so jealous when I hear about other authors experiencing that!), but all at once I thought back to my own Friday nights in this bizarre, unsanctioned work/live studio space—the strange labyrinthine setting, all the memorable characters, the stories we still told of wild weekends—and overlaid it with a mysterious death.

I hope it is a telling peek inside a particular moment and subculture for readers, but I’ve also been delighted to hear people who were nowhere near that age or location still relate and say it made them remember being a twenty-something in ’90s LA. I just love that.

Q) There are wonderfully rich characters in this novel: glamorous Edie, the shiningstar of the group; Lindsay, Edie’s friend and sometimes frenemy whose own violent past becomes central to the plot; and their close-knit group of friends who party hard every night. Who was the easiest character to write? Who was the most challenging?

A) Edie was always the most challenging to pin down, largely because she could be different things for different people, and everyone thought they alone knew the “real” Edie. She’s also a difficult person, at times angsty and selfish and temperamental—the kind of person you find magnetic in your twenties, but by your thirties, you know better.

I have always been interested in psychology and memory, in particular.

But she also cares deeply and is doing her best, and I worked hard to make that come through so that readers wouldn’t just, you know, hate her. On the other hand, Lindsay, the narrator, was quite easy to write because we share so many traits. (Not the violence!) She is curious and self-aware, and eager to investigate and understand, and she takes a lot of pride in her intellect. Of course, because of her history, she is also insecure, self-sabotaging, and mired in deep shame.

It was important to me that every character felt complex and flawed. I could have made Lindsay less “annoying,” but who wants to follow Little Miss Perfect along on this dark, twisted journey? Not me!

Q) A big thread in the novel is the idea of memory—more specifically how we remember events in our own lives. Why did you want to explore that theme? Did it make you rethink any of your own memories?

A) I have always been interested in psychology and memory, in particular. And I’ll admit that I had some blackout nights in my early twenties, and there’s nothing like asking friends to describe your night the next morning—it’s terrifying and surreal. If our identity is the sum of all our experiences—i.e., our memories—then who are we when we can’t remember certain pivotal experiences? It’s also fascinating to think that we all consider our own recollections gospel even when they can be so different.

We’ve all had that weird moment of a friend talking about something we were present for but don’t remember (“You were one of only three people who came to my twenty-fourth birthday, I remember it like it was yesterday”), or of sitting around drinking wine and nobody agrees on exactly how a shared experience went down.

The twists came as surprises to me as well! I write without an outline and let the story unfold on the spot, so I’m always shocked when secrets come to light on the page.

There’s something disorienting and creepy about realizing there’s no hard-and-fast truth. Writing The Lost Night did give me some fresh perspective on memories from that era, as well. It made me look back on some experiences with empathy and forgiveness. At the time, I was quick to take perceived slights personally, whereas now I recognize that everyone had their own insecurities and was just doing their best.

Q) Without giving anything away, there are some real twists in the novel. How did you manage to keep all of the plot lines straight?

A) The twists came as surprises to me as well! I write without an outline and let the story unfold on the spot, so I’m always shocked when secrets come to light on the page. My jaw would drop, and then my next thought would be, “Ohhhh, crap,” because now I’d need to go back and futz with the preceding chapters to make the bombshell really work.

It’s not the most efficient way to write a novel (in fact, it often feels like one step forward two steps back), but it also makes writing fun. For me, keeping the plot lines straight just meant going through the draft again and again and sewing up holes…and I’m grateful for and in awe of my copy-editors, who caught inconsistencies I’d missed!

Q) While technology has changed quite a bit since 2009 (hello Flip cams!), when the novel is set, it plays an important role in solving one of the central mysteries in the novel. Was it a conscious decision to incorporate it the way that you did?

A) When I began writing The Lost Night in 2014, 2009 was only five years in the past—but I was struck by how much technology had changed. To give an example, in my first draft, the main character, Lindsay, receives a mysterious CD-ROM in the mail and goes through a whole rigmarole figuring out how to access it.

A decade ago, we were using technology to document everything, and I’ve read studies showing that when you do so—say, by taking pictures of an event on your phone—you recall the experience or sight less clearly because you rely on the device to do the remembering for you.

Now all our photos and videos are catalogued in one central spot, like on the iCloud. Back then your Flip cam didn’t “speak” with your flip phone, and you had to store all those old photos on a hard drive or memory card somewhere. I thought it would be interesting to explore what it would mean to reconstruct that era using the fractured bits of technology you could scrape together, highlighting how much has changed in ten short years.

Q) Your next novel, The Herd, is currently set to publish in 2020. Can you give us a sneak peek as to what it’s about?

A) The Herd is a thriller set in an exclusive all-female co-working space in Manhattan. Eleanor, the center’s beautiful, enigmatic founder, vanishes the night of a high-profile event, and the book follows Eleanor’s closest friends (who just happen to be sisters) as they race to uncover the haunting truth. This book delves deep into complex friendships, female ambition, and society’s sky-high standards for women—and what happens when some high-achieving women’s perfect veneers begin to crack. 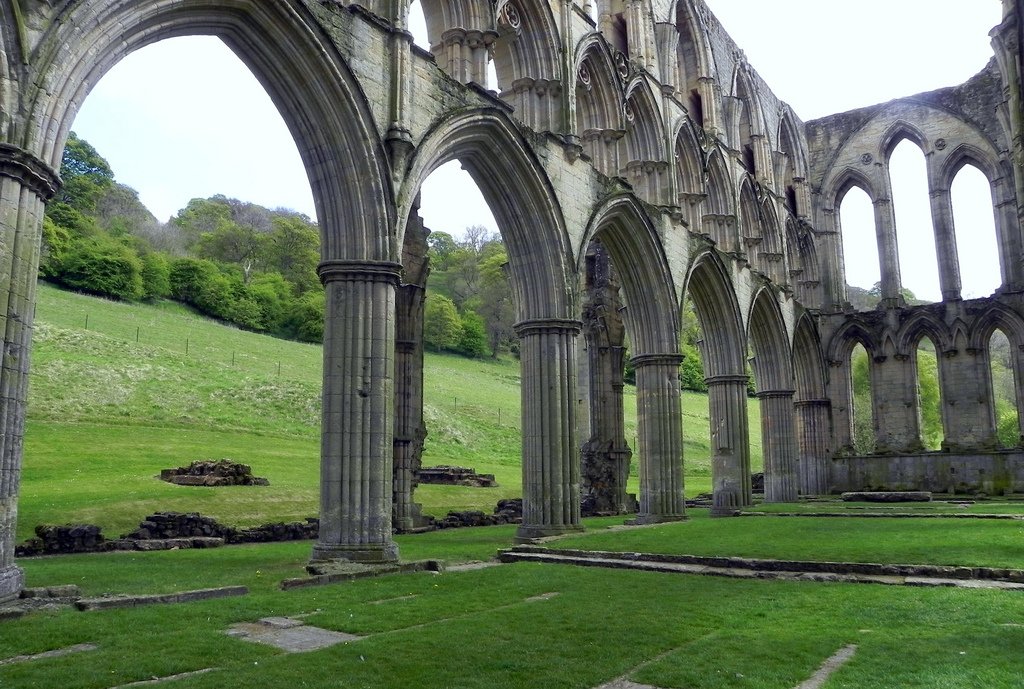