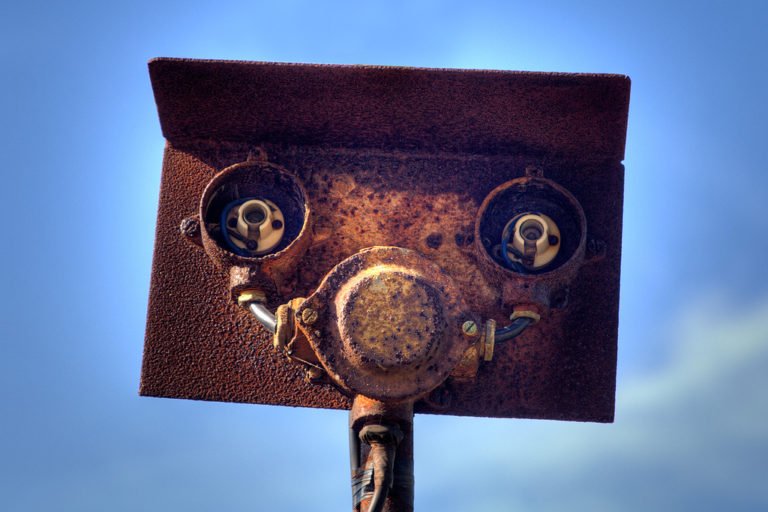 7 Great Technothrillers To Keep You Up At Night

When it comes to modern technology, there is no question about the increasingly important role it plays in our lives: If you are looking for a handy evidence, look around you! People are more than ever immersed in their electronic devices and machines and artificial intelligence are already a reality.

Therefore, it’s no surprise that technothrillers, as a sub-genre of thriller and crime fiction literature, are on the rise. We have compiled a list of 7 recent titles which are hugely popular among this type of novels: It’s a good starting point to take a break from traditional detectives and their magnifying glasses and experience the borderline between Sci-Fi and Mystery.

: A very exciting technothriller based on an interesting premise! Deep below Manhattan, tunnel engineer Josh Reed leads his team as they excavate the East Side Access extending New York’s railway service. But sparks fly as the drill hits an unusual crystalline material—one Josh has never seen before. They push on and Josh discovers something even more unexpected . . . a vast room, empty and lifeless. Or so it seems.

When Josh finds out that the CIA are now looking for him, and that his co-workers have gone missing, he turns to his best friend and boss Lionel Parker for help. Together they unravel the mystery of the room, what’s inside it, and why the CIA are so desperate to keep them silent. It’s nothing they could ever have expected.

: Although the idea behind the book is not entirely original, this is a very entertaining novel.

What if it were possible to upload years of knowledge into your mind in hours? To become expert in multiple scientific fields, become an MD, or learn several languages — in a single day? The benefit to humanity would be immense. But so would the danger . . .

Rachel Howard is a brilliant neuroscientist trying to make this capability a reality. But when she crosses paths with Kevin Quinn, a Secret Service agent desperate to kill the president, she finds herself at the epicenter of an insidious and far-reaching plot. A plot centered on the ultimate game changer. An utterly disruptive scientific breakthrough with the greatest power to transform civilization the world has ever seen.

: “Are you happy with your life?” Those are the last words Jason Dessen hears before the masked abductor knocks him unconscious. Before he awakens to find himself strapped to a gurney, surrounded by strangers in hazmat suits.

Before a man Jason’s never met smiles down at him and says, “Welcome back, my friend.” In this world he’s woken up to, Jason’s life is not the one he knows. His wife is not his wife. His son was never born. And Jason is not an ordinary college physics professor, but a celebrated genius who has achieved something remarkable. Something impossible.

Is it this world or the other that’s the dream? And even if the home he remembers is real, how can Jason possibly make it back to the family he loves? The answers lie in a journey more wondrous and horrifying than anything he could’ve imagined—one that will force him to confront the darkest parts of himself even as he battles a terrifying, seemingly unbeatable foe.

: When Mae Holland is hired to work for the Circle, the world’s most powerful internet company, she feels she’s been given the opportunity of a lifetime. The Circle, run out of a sprawling California campus, links users’ personal emails, social media, banking, and purchasing with their universal operating system, resulting in one online identity and a new age of civility and transparency. As Mae tours the open-plan office spaces, the towering glass dining facilities, the cozy dorms for those who spend nights at work, she is thrilled with the company’s modernity and activity.

There are parties that last through the night, there are famous musicians playing on the lawn, there are athletic activities and clubs and brunches, and even an aquarium of rare fish retrieved from the Marianas Trench by the CEO. Mae can’t believe her luck, her great fortune to work for the most influential company in the world—even as life beyond the campus grows distant, even as a strange encounter with a colleague leaves her shaken, even as her role at the Circle becomes increasingly public.

What begins as the captivating story of one woman’s ambition and idealism soon becomes a heart-racing novel of suspense, raising questions about memory, history, privacy, democracy, and the limits of human knowledge.

: This one is one of our favorites: A true page-turner! A girl named Rose is riding her new bike near her home in Deadwood, South Dakota, when she falls through the earth. She wakes up at the bottom of a square hole, its walls glowing with intricate carvings. But the firemen who come to save her peer down upon something even stranger: a little girl in the palm of a giant metal hand.

But some can never stop searching for answers.

Rose Franklin is now a highly trained physicist leading a top secret team to crack the hand’s code. And along with her colleagues, she is being interviewed by a nameless interrogator whose power and purview are as enigmatic as the provenance of the relic. What’s clear is that Rose and her compatriots are on the edge of unraveling history’s most perplexing discovery—and figuring out what it portends for humanity. But once the pieces of the puzzle are in place, will the result prove to be an instrument of lasting peace or a weapon of mass destruction?

: Mark Greaney who has proven his skills with Tom Clancy novel True Faith and Allegiance, has delivered a great fast-paced piece of fiction which will delight thriller readers.

Five years ago, Court Gentry was the CIA’s best covert asset. Then, without warning, the Agency put him at the top of its kill list. Court fled his country and became the enigmatic Gray Man.

Now Court plans to find out what went wrong by getting his hands on the men who sent him on his last mission, Operation BACK BLAST. What he doesn’t realize is that questions from his time as an American assassin are still reverberating in the U.S. intelligence community, and he’s stumbled onto a secret that powerful people want kept under wraps.

The result: everyone has Court in their crosshairs…

: In the near future, political tensions between the United States and China are at an all-time high. Then a catastrophic explosion on the moon cleaves a vast gash in the lunar surface, and the massive electromagnetic pulse it unleashes obliterates Earth’s electrical infrastructure.

To plumb the depths of the newly created lunar fissure and excavate the source of the power surge, the feuding nations are forced to cooperate on a high-risk mission to return mankind to the moon.

Now, a diverse, highly skilled ensemble of astronauts—and a pair of maverick archaeologists plucked from the Peruvian jungle—will brave conspiracy on Earth and disaster in space to make a shocking discovery.
Photo credit: Roby Ferrari via Foter.com / CC BY-SA