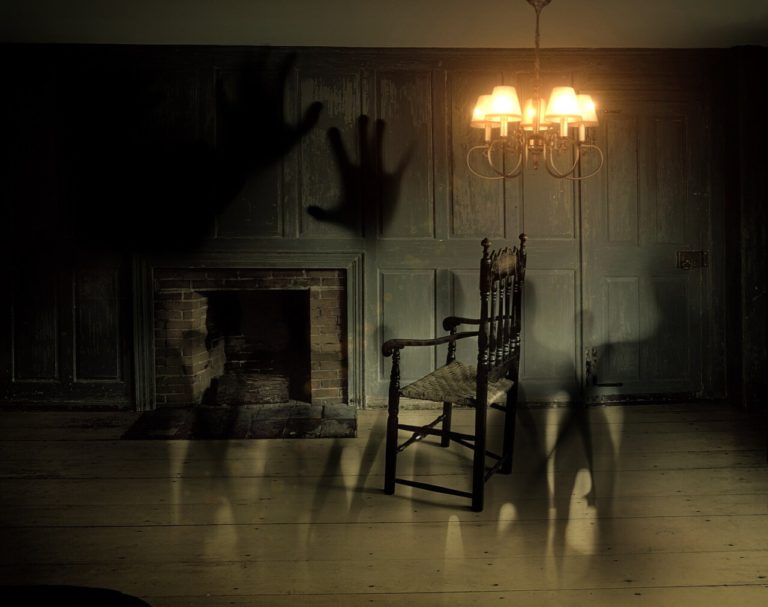 6 Best Ghost Thrillers Which Definitely Keep You Up At Night

If you are looking for some of the best ghost thrillers recently released for your next read, The Widow’s House by Carol Goodman is a great choice. This chilling novel from the bestselling, award-winning author of The Lake of Dead Languages blends the gothic allure of Daphne DuMaurier’s Rebecca and the crazed undertones of Charlotte Perkins Gilman’s The Yellow Wallpaper with the twisty, contemporary edge of A.S.A. Harrison’s The Silent Wife—a harrowing tale of psychological suspense set in New York’s Hudson Valley.

In The Widow’s House, Jess and Clare Martin move from Williamsburg, Brooklyn, to their former college town in the Hudson River valley, hoping for rejuvenation—of their marriage, their savings, and Jess’s writing career.

They take a caretaker’s job at Riven House, a crumbling estate and the home of their old college writing professor. While Clare once had dreams of being a writer, those plans fell by the wayside when Jess made a big, splashy literary debut in their twenties. It’s been years, now, since his first novel. The advance has long been spent. Clare’s hope is that the pastoral beauty and nostalgia of the Hudson Valley will offer some inspiration.

But their new life isn’t all quaint town libraries and fragrant apple orchards. There is a haunting pall that hangs over Riven House like a funeral veil. Something is just not right. Soon, Clare begins to hear babies crying at night, see strange figures in fog at the edge of their property. Diving into the history of the area, she realizes that Riven House has a dark and anguished past. And whatever this thing is—this menacing force that destroys the inhabitants of the estate—it seems to be after Clare next.

The Awakening by Amanda Stevens is another notable title: The book is being narrated from the point of view of Amelia Gray, a cemetery restorer who lives with the dead. An anonymous donor has hired her to restore Woodbine Cemetery, a place where the rich and powerful bury their secrets. Forty years ago, a child disappeared without a trace and now her ghost has awakened, demanding that she finds out the truth about her death. Only she knows that she was murdered. Only she can bring her killer to justice. But the clues that she follows—a haunting melody and an unnamed baby’s grave—lead her to a series of disturbing suspects.

Fellside by M. R. Carey is a haunting and heartbreaking thriller from the author of the USA Today bestseller The Girl With All the Gifts.

Fellside is a maximum security prison on the edge of the Yorkshire Moors. It’s not the kind of place you’d want to end up. But it’s where Jess Moulson could be spending the rest of her life.

It’s a place where even the walls whisper. And one voice belongs to a little boy with a message for Jess. Will she listen?

A curious recent novel by Jason Arnopp which grabbed our attention is titled The Last Days of Jack Sparks. Here is how the story is being told in this book: Jack Sparks died while writing this book.

It was no secret that journalist Jack Sparks had been researching the occult for his new book. No stranger to controversy, he’d already triggered a furious Twitter storm by mocking an exorcism he witnessed.

Then there was that video: forty seconds of chilling footage that Jack repeatedly claimed was not of his making, yet was posted from his own YouTube account.

Nobody knew what happened to Jack in the days that followed — until now.

In Ghost Dance by Mark Sullivan, when struggling filmmaker Patrick Gallagher fishes a mutilated corpse out of a river, his retreat from life takes a sinister turn. After destroying his own career, Patrick had hoped to lick his wounds in the quiet of a small New England town, but the ghostly secrets of Lawton, Vermont prove all too ominous to allow for serenity.

In the course of the investigation, Patrick befriends local policewoman Andi Nightingale, who is haunted by her own troubled past. As the suspense builds, Patrick and Andi are drawn into the shocking legacy of the town’s shared-guilt over a crime kept hidden for a century.

Abigale Hall is a new novel by Lauren A. Forry is a notable title with a WWII plot. Amid the terror the Blitz in the Second World War, seventeen-year-old Eliza and her troubled little sister Rebecca have had their share of tragedy, losing their mother to German bombs and their father to suicide. But when they are forced to leave London to work for the mysterious Mr. Bronawell at Abigale Hall, they find the worst is yet to come.

This book has received many rave reviews from various media outlets including a note from Historical Novel Society saying “This is the kind of book that grabs the reader by the throat and doesn’t let go. I am usually a silent reader, but this story made me squirm, gasp and even scream several times. Forry expertly ratchets up the tension on every page . . . And while the story is timeless, as all good tales of terror are, Forry anchors it with period details that explain the psychology and concerns of the characters.Fans of gothic classics such as du Maurier’s Rebecca and James’s The Turn of the Screw will love this creepy, gruesome tale of terror. Just don’t read it before eating or going to bed. Highly recommended.” 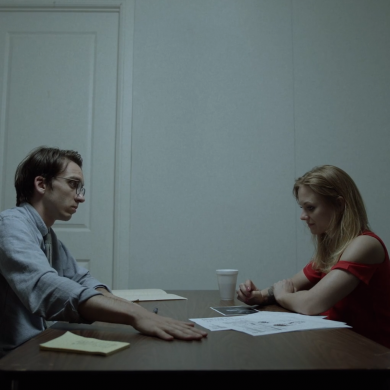