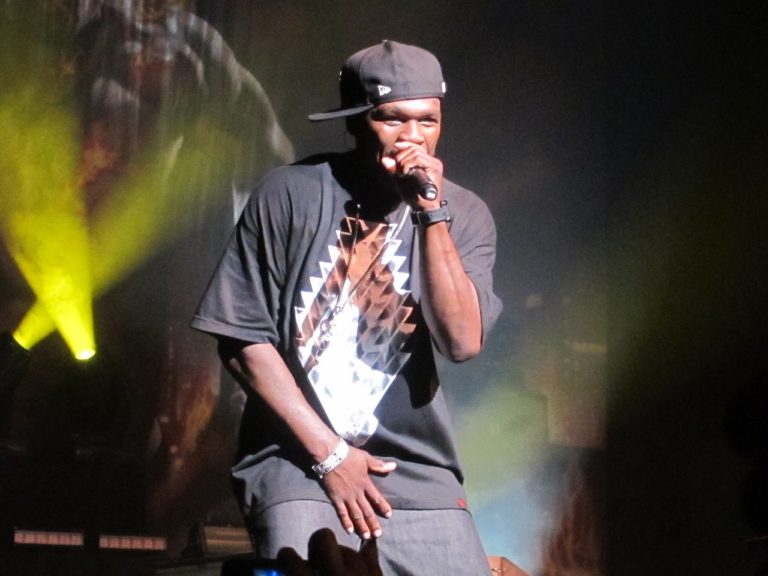 50 Cent is an idol for many music lovers. So it’s not surprising that any product released under his name has a high chance of becoming a best seller. Books are no exception.

50 Cent has apparently written many books and in addition to his intensely capitalist, Machiavellian tome The 50th Law, he is the author of such literature nuggets as Ski Mask Way, a book about a drug dealer who becomes the greatest drug dealer ever.

Playground, is another title which is a book about bullying. However, the one that captured our attention was a recent crime novel called Death Before Dishonor (G Unit).

In Death Before Dishonor (G Unit), Trill Johnson has five years of jail time under his belt, two women trying to get inside his pants, and one mission in his heart of hearts: Get the suckers who sold him out. And get ’em good.

Sunni James will do anything for Trill. Lie, cheat, steal. Even risk losing her successful beauty salon to save him from the mean streets of Richmond.

Precious Pay will do anything for Trill, too. She cribbed his kid while he did his time, so now she wants Trill to pay for the leg she lost in a robbery gone wrong.

But when love is a lie, who do you trust? When the deals turn dirty, who do you betray? And when the guns start blazing, who’s going down?

To be objective, the book is a decent title: It reads fast and is easy to follow the plot. The only drawback is the lack of depth when it comes to character development.