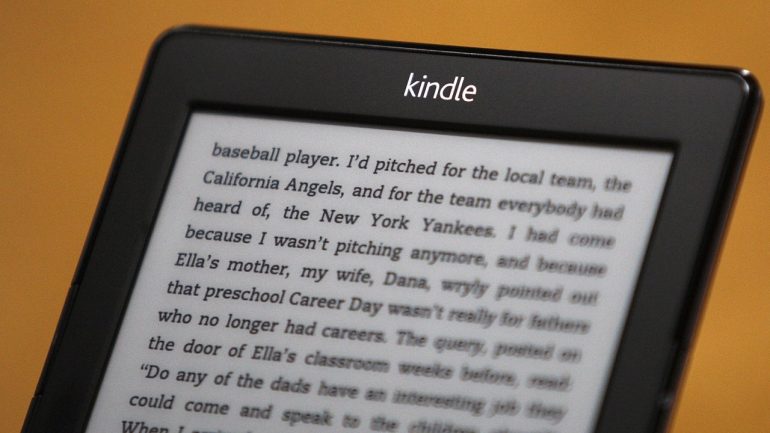 5 Good Mystery Reads On Kindle for Less Than 5 Dollars

Just in case you’re a Kindle addict and read most of your mystery and crime fictions on Amazon’s eBook Reader, here are some good mystery reads for you in the 0.99 cent category: These are all interesting police procedural stories, they all come at $0.99 and if you are an Amazon Prime Member, you can actually read them for free.  We’re sure you will enjoy reading these titles (Click on the images/titles to go to Amazon’s link for the books). As Kindle and Nook Stores are increasingly becoming a great source of crime fiction, we are going to cover more digital (exclusive titles) in our future reviews.

A King of Infinite Space : A homicide detective Danny Beckett story: Elizabeth Williams, a teacher at nearby Warren High School, has been brutally murdered in her classroom. When Danny arrives at the school, the blood-spattered crime scene turns even his veteran stomach. Beckett’s hunt for the murderer soon morphs into a personal quest for atonement as he struggles to come to terms with the loss of his wife and family. A King of Infinite Space is a riveting crime novel that serves as a memorable introduction for Danny Beckett to the ranks of fiction’s favorite hardened detectives.

Dead On : Just when disgraced Atlanta cop-turned-private eye Marcus Rydell prepares to eat his gun, a kid in trouble, a call to duty, and a dirty blonde named Kat Holley stop him cold. Kat pulls Marcus from his suicidal depression and his soon-to-be demolished apartment building—only to make him face his past. They seek to destroy a local legend, a cave-dwelling ex-marine and murderer, a monster whose instincts and military training have allowed him to survive in the wilderness for four years, eluding the Feds as well as Atlanta PD.

Dead Wood : In the exclusive enclave of Grosse Pointe, Michigan, a woman who builds custom guitars is murdered. A disgraced ex-cop turned private investigator is hired by the dead woman’s father and immediately becomes the target of a violent ex-convict. An enigmatic music star performs damage control on her links to the dead woman. And a professional killer who idolizes Keith Richards is brought into town by a mysterious employer. Dead Wood is what great mysteries are all about: love, hate, faith and vengeance, all wrapped up in an explosive story that simply refuses to let up.

Crime Stories : This collection features twenty short stories from humorous thriller writer J.A. Konrath. Included are a few hardboiled tales, some noir, some parody and satire, a few straight-out comedy pieces, and a few stories that didn’t fit into Konrath’s other two collections, Horror Stories and Jack Daniels Stories. The collection includes stories such as: The Big Guys which is a winner of the Derringer Award and Cleansing – An ancient crime of biblical proportions.

Darkness on the Edge of Town (Laura Cardinal Series, Book 1) : Laura Cardinal, a detective with the Arizona Department of Public Safety, troubleshoots homicide investigations in small towns where resources are scarce. When Laura investigates the murder of a fourteen-year-old girl found in a town’s park bandshell, she knows immediately what she’s up against: a cunning sexual predator. But why is she plagued by the abduction of a schoolmate eighteen years earlier? In a runaway case that propels Laura from a lavish Tucson estate to the secretive heart of a north Florida town, she must confront the ghosts of her own past. Then another child goes missing–and Laura must race the clock to find her.