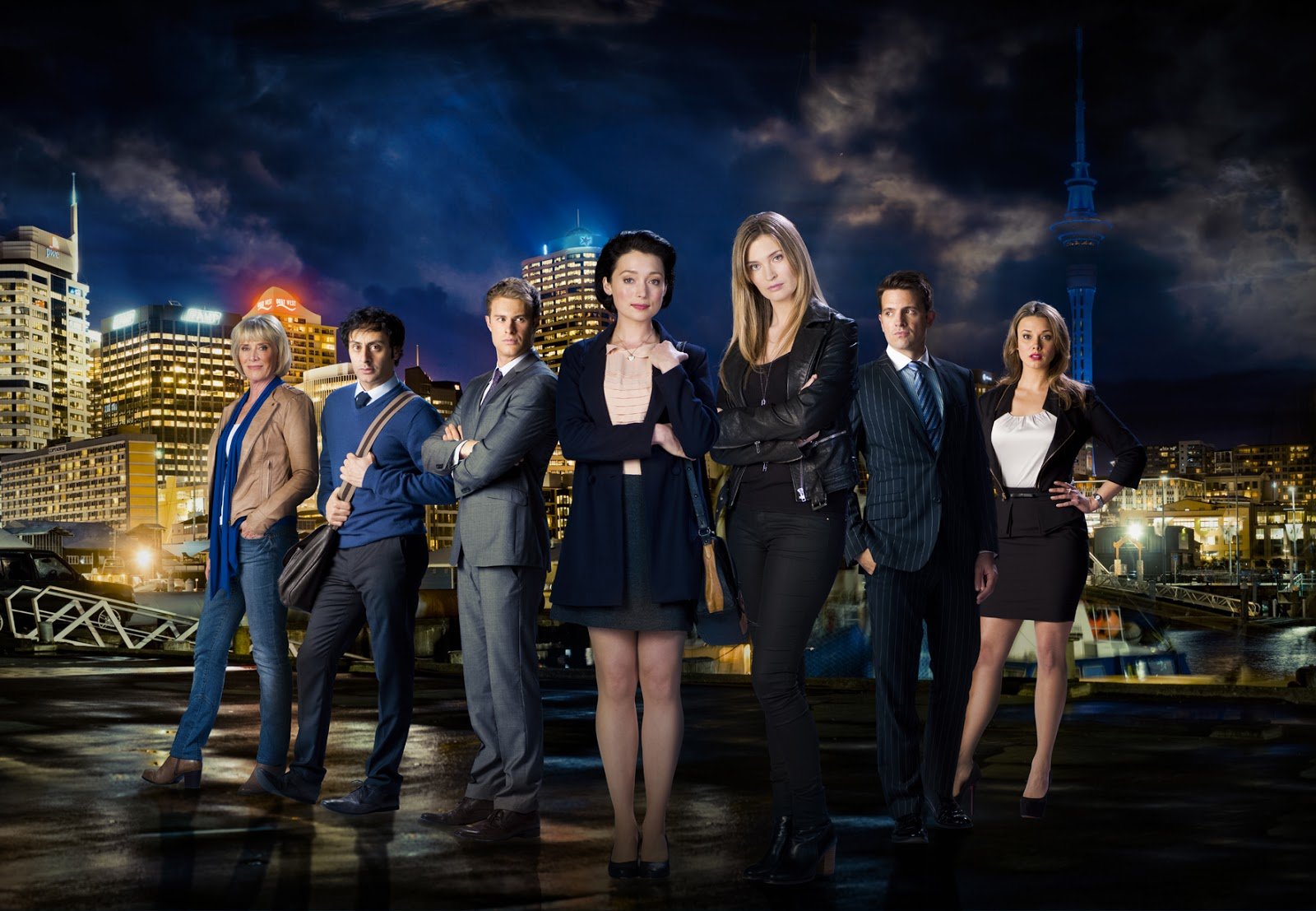 Our team has been excited about Tubi for a while now so it was only natural for us to release our list of best crime TV and thriller shows for this platform for 2020.

For those readers who don’t know the platform, Tubi is an American streaming service based in San Francisco that allows users to watch many movies and TV shows for free. The service is ad-supported, with advertisements shown during unskippable commercial breaks during programming. As of December 2019, it is the largest independently owned video service in the United States, with over 15,000 movies and television series currently available.

For 2020 and beyond, if you are having difficulty working your way through Tubi crime TV shows and want to be entertained in a big way, here is your go-to guide. Hopefully our list will make the life easier for you. Without further ado, here’s a round up of the best crime drama and thriller shows on Tubi that you can watch right now (the numbering is for referencing purposes only).

Note: You can view our coverage of best shows on platforms such as Netflix, Amazon, Hulu and more here. Our recently released list of best crime drama and thriller shows for 2020 is also available here. 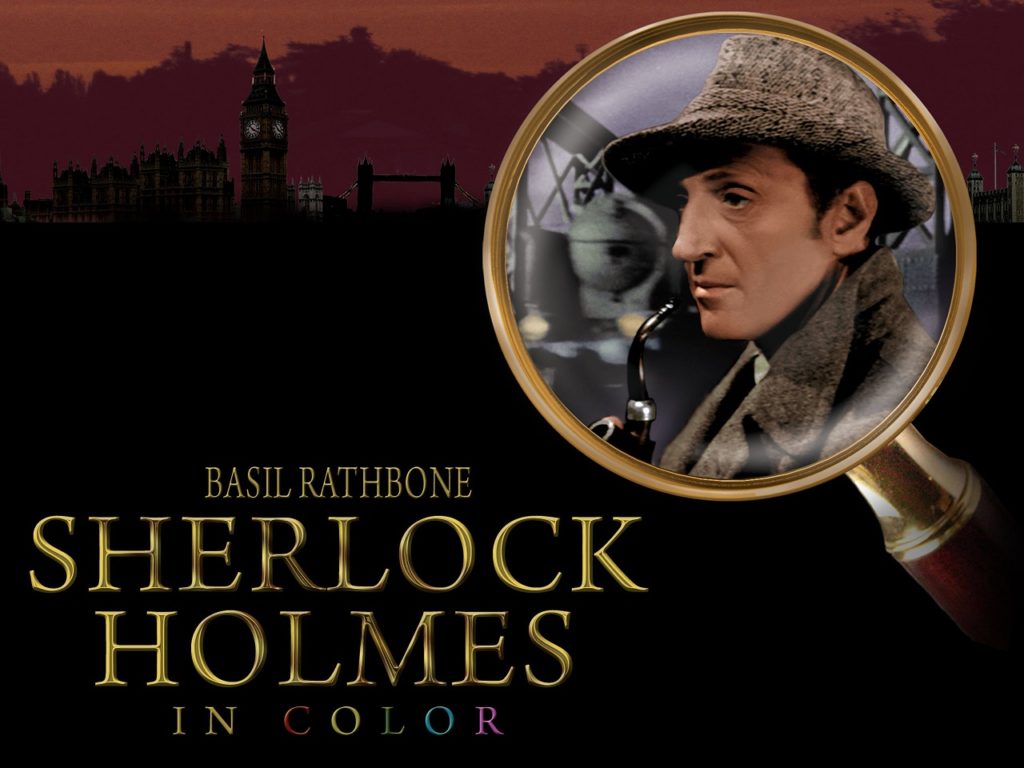 Sherlock Holmes squares off against thieves, killers and the diabolical Professor Moriarty, using the power of deduction as his most powerful weapon. 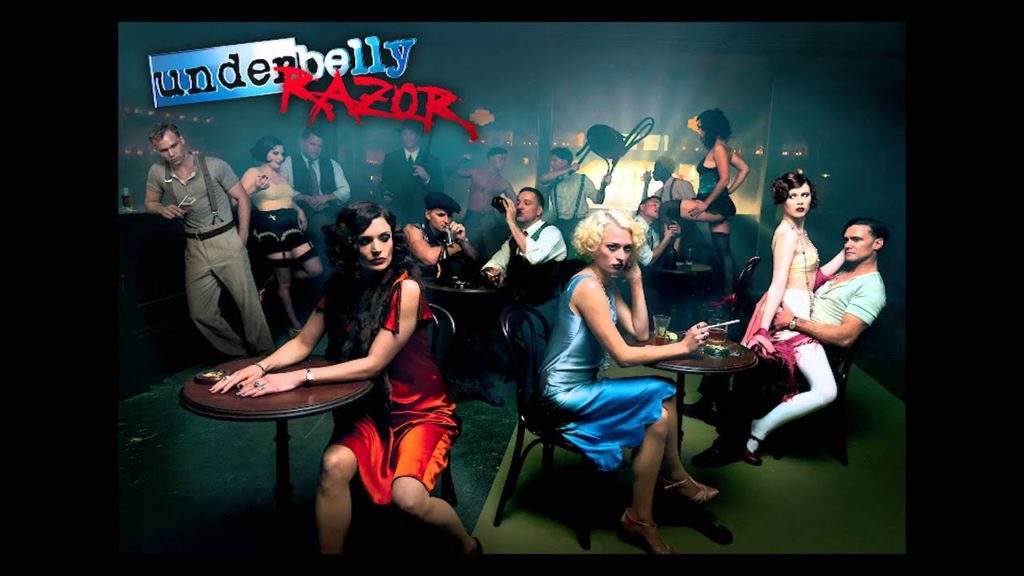 Underbelly: Razor is a thirteen-part series detailing real events that occurred in Sydney between 1927 and 1936 when organised crime in Australia became more prominent. The series details the story of the bloody battle between the era’s most feared “vice queens”, Tilly Devine and her rival Kate Leigh, plus the “razor gangs” which controlled the Sydney underworld during that time. 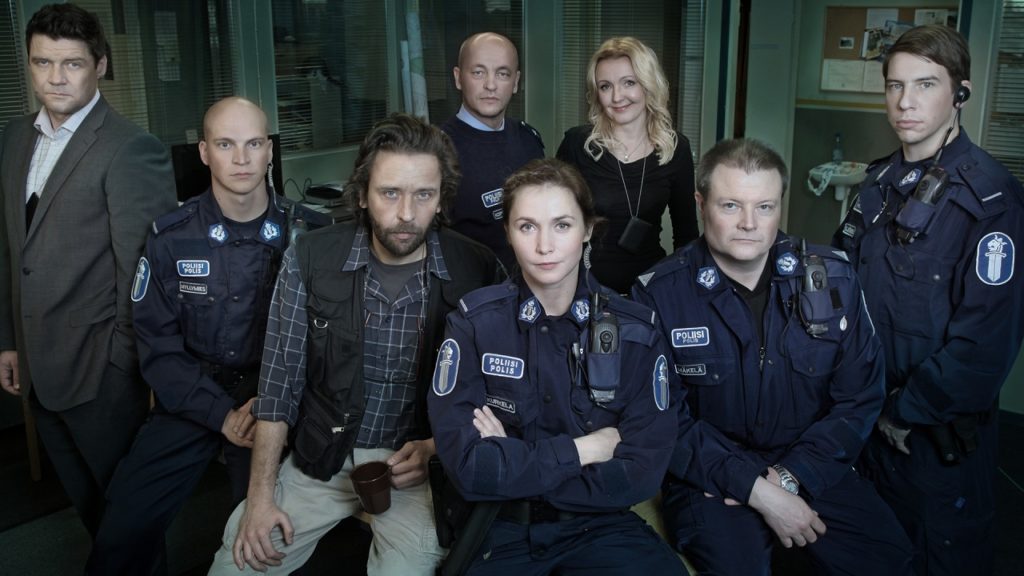 Hooked is one of our favorites on Tubi. When the mother of his child, Krista, returns after a 16-year drug binge, narcotics Detective Oskari is torn between protecting his family, loving someone who’s betrayed him and working with that very woman to take down the city’s premiere cocaine ring. Krista’s got the connections, but can Oskari trust her?

This action-packed, Emmy-winning series follows Ray, a man of mystery who gets people out of trouble in exchange for future favors.

In Arthur Hailey’s Detective, a serial killer on death row promises to reveal the truth about his past, the crimes he committed, and the crimes he confessed to – but only to the detective who helped to convict him.

The history of British gangsters, from the early criminal roots to today’s modern underworld, is explored in this documentary series. Hosts Gary and Martin Kemp visit various British cities to investigate crime today, and how it connects to the gangs of decades past. 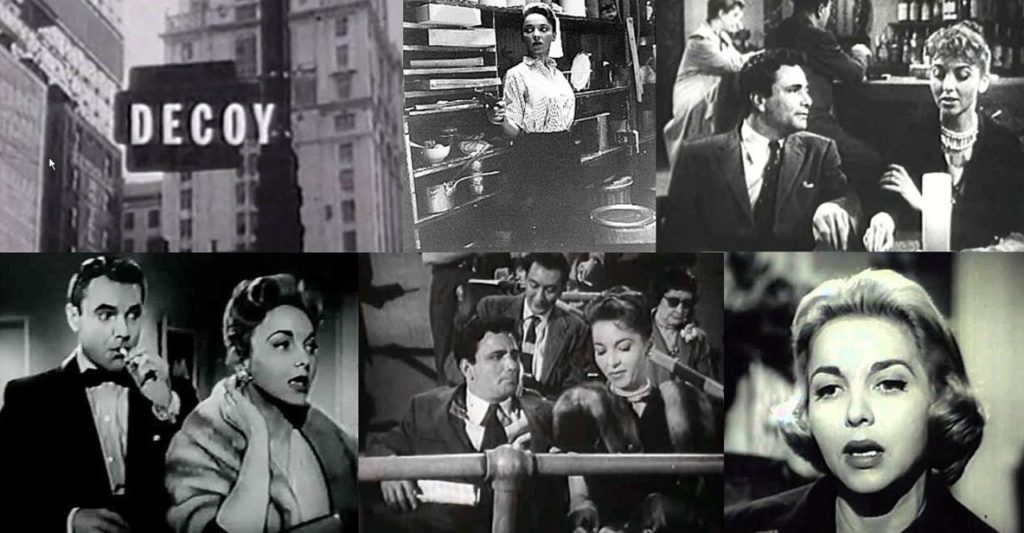 Decoy (also titled Decoy Police Woman) is a groundbreaking American crime drama television series created for syndication and initially broadcast from October 14, 1957, to July 7, 1958, with 39 black-and-white 30-minute episodes. It was the first American police series with a female protagonist.

26. The Force: Behind The Line

Camera crews follow the Western Australia Police as they perform their duties.

Mr. Lucky was an honest professional gambler who had won a plush floating casino, the ship Fortuna, and used it as his base of operations. Staying beyond the 12-mile limit, where he could operate a gambling ship legally, Mr. Lucky played host to a wide variety of people, all of whom came to make use of his luxurious facility.

The premise of The Ghost Squad revolves around Detective Constable Amy Harris (Elaine Cassidy), who is recruited into the squad after investigating her own colleagues for corruption following a death in custody.

In Origins, a genealogist and a cop: a great team for uncovering the origins of the crime.

In Blue Heelers we follow the cops in Mt. Thomas and their daily lives. In the first season, young city constable, Maggie Doyle, arrives at Mount Thomas and joins her new team. Sergeant Croydon, who runs the station, faces family issues, Constable Wayne’s marriage is falling apart, PJ deals with an old flame and new cop Cooper’s – anything but smoothly – arrives at the station.

In this detective comedy, D.I. Jack Armstrong teams with a partner, most recently charming D.I. Georgina Dixon, to solve crimes throughout the U.K. Rounding out the crime-solving team are Jack’s colleague, Naz, and his best friend, cafe owner Tony, a former cop. Among the types of crimes Jack’s team investigate are murder, people being hunted by hit men and kidnappings. 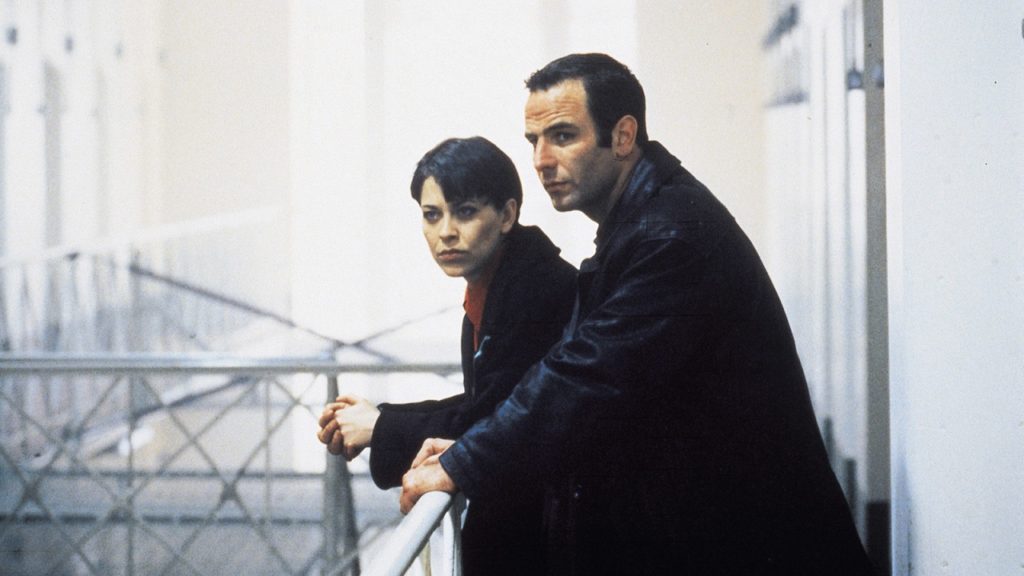 Touching Evil is a British television drama serial following the exploits of a crack squad on the Organised & Serial Crime Unit, a rapid response police force that serves the entire county.

The first season consists of six 50-minute (one-hour with advertisements) episodes and originally aired in 1997. The popularity of the serial led to two sequel serials in 1998 and 1999. 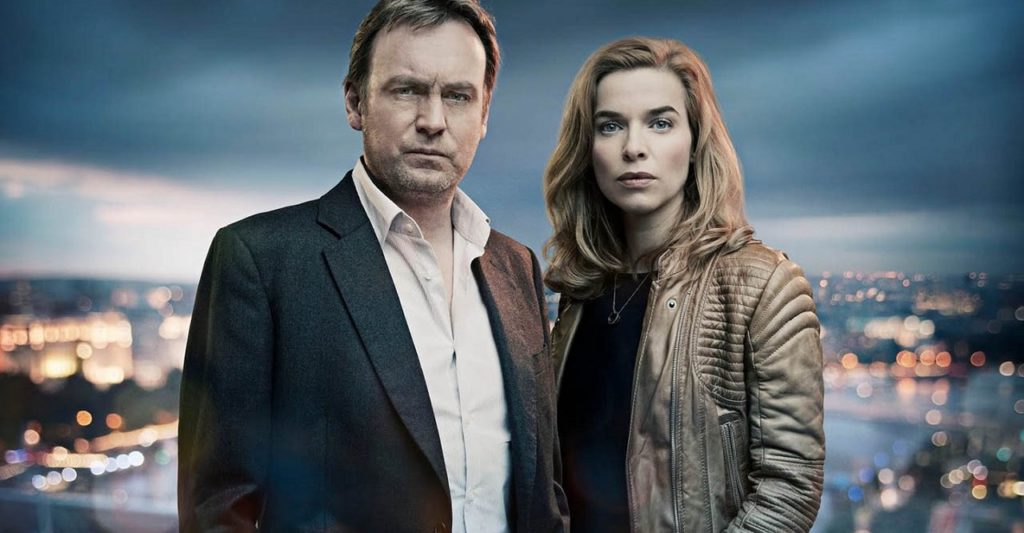 A small-time solicitor is asked by strange lawyer to find a missing witness who is vital to her client’s alibi; when he takes the job he is inadvertently drawn into investigating the death of his brother 20 years earlier.

Based on the hit book by Denise Mina, this slick drama follows a low-level newspaper employee whose world is turned upside down when a murder story involves her family. The outstanding ensemble cast includes David Morrissey (“The Walking Dead”) and Peter Capaldi (“Doctor Who”).

Hosted by Robert Stack, this series uses re-enactments and interviews to retell the circumstances of, well, mysteries that are unsolved. Covering crimes, tales of lost love, unexplained history and paranormal events.

The raid of Mount Carmel develops into a 51-day stand-off between the Branch Davidians and the FBI. A direct line of communication is established between FBI negotiators and David Koresh on the inside.

Set on the Homicide floor of a police headquarters in Melbourne, Australia, detectives work to bring justice for the deceased.

Agents Fred the Enforcer, Denise the Huntress, and Benny the Teddy Bear are a team of bounty hunters who are strong and passionate about capturing the bad guys. Each episode shows real cases with real criminals and real scenes. Capturing the country’s most evasive bail jumpers is no easy task but the team lives up to its reputation by taking on extreme dangers with skill, courage, and experience.

Being a cop keeps Josephine Bradley on the rails and away from her normal impulses. Freshly vulnerable after a health crisis, Jo’s been handed her first big case as a Lead Detective, it’s a high profile homicide wrapped in family drama and scandal. 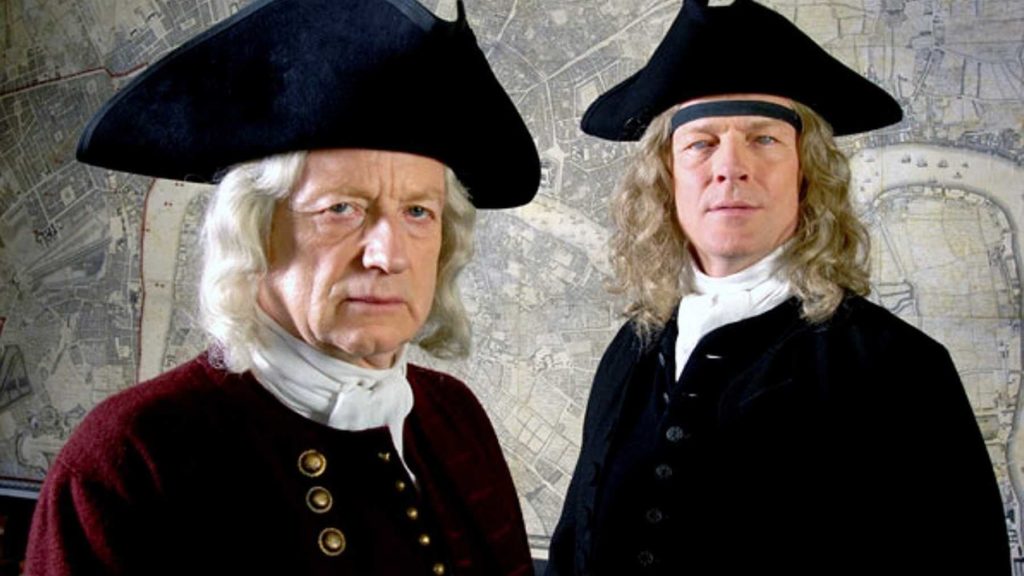 This is a great pick for fans of historical shows on Tubi. Mixing fiction and fact, the series follows the fortunes of the Fielding Brothers and the men responsible for creating the Bow Street Runners.

T&T is a team of T.S. Turner and Amanda Taler. One is a P.I. and the other is lawyer, together they fight for justice.

Sergeant Rick Hunter and his colleague Dee Dee McCall embark on a tough fight against the underworld with cunning and bullets.

Look inside the devilish minds of some of the most unpredictable and dangerous killers in history. Taking their orders from the devil, these real life demons are determined to gain immortality by committing heinous murders.

One of the most innovative police shows in TV history, this Emmy-winning series put a human face on crime, delving into the complex personal dramas of the people involved. Each show ends with the iconic line “There are eight million stories in the naked city. This has been one of them.” Guests include Christopher Walken, Dustin Hoffman, Robert Redford, James Caan and Piper Laurie.

Nominated for two Golden Globes and three Primetime Emmys, “Human Trafficking” is a heart-stopping miniseries about sex trafficking. A team of ICE agents, led by rookie Kate Morozov (Mira Sorvino, “Mighty Aphrodite”) and boss Bill Meehan (Donald Sutherland, “The Hunger Games”), plans to quash a ring of traffickers who use violence to profit from the exploitation of underage girls.

When Naomi Shaffer is kidnapped, hostage negotiator Dominic King is responsible for her safe return.

TV series following a pessimistic FBI agent and a young psychic who work together to crack the most difficult missing persons cases. 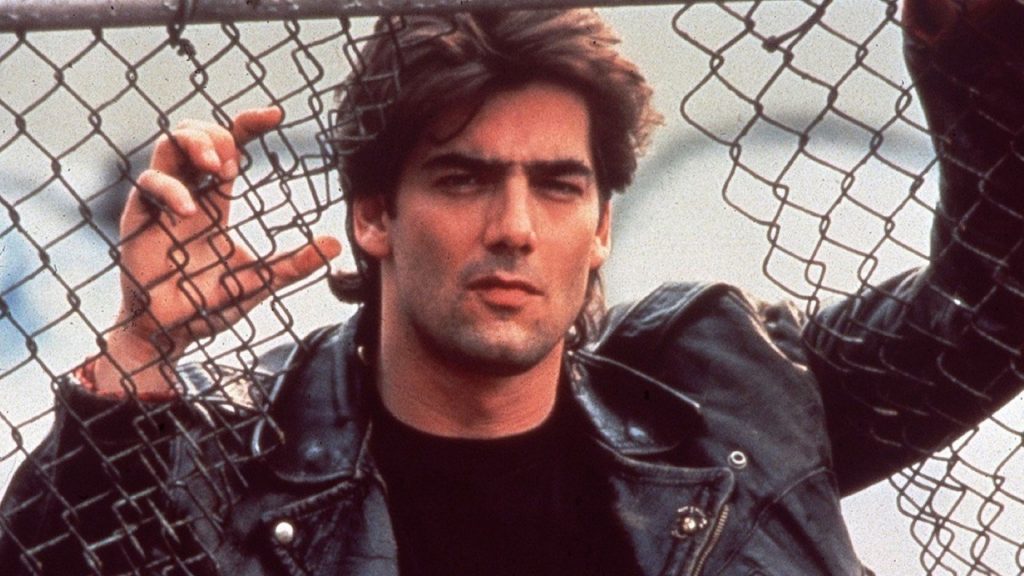 In this thrilling crime drama series, streetwise Vinnie Terranova (Ken Wahl) works as an undercover agent for the FBI’s organized crime division, busting dangerous criminals while putting himself in danger. 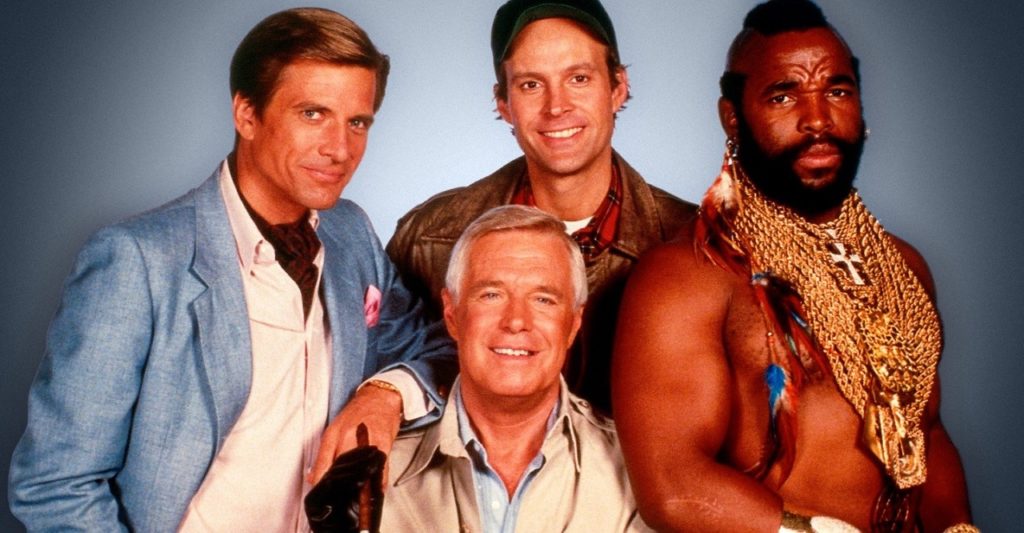 When it comes to classics, A-Team is one of our favorites on Tubi. Colonel John “Hannibal” Smith is the leader of a rag-tag group of Vietnam veterans, who were a finely-trained espionage team during the war. Hooked on the “jazz” of their high-risk escapades, they now occasionally surface and regroup to handle assignments that interest them — if the price is right. This smash-hit action-adventure series was one of the most popular shows of the 1980s.