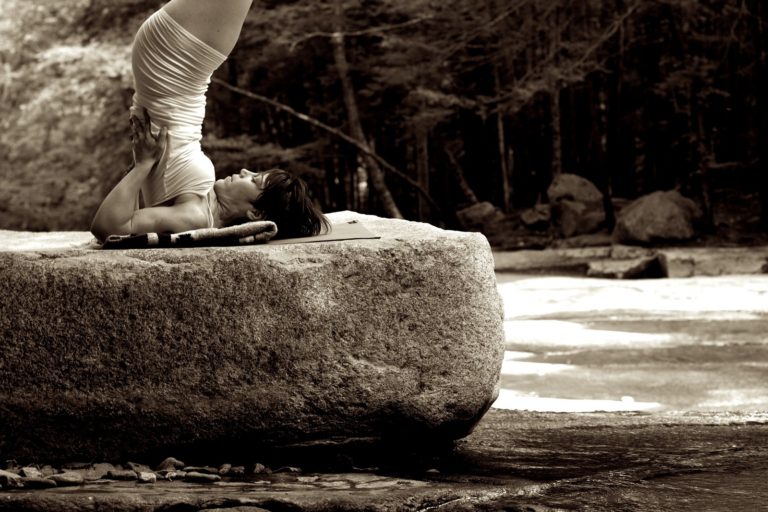 Among the cozy mysteries released this month, A Death At The Yoga Cafe

by Michelle Kelly is less about medication and more about a wild ride. In the latest installment of Keeley Carpenter series, Keeley’s life seems to be in good shape yet busy and on a  roller coaster: With a growing business, handsome boyfriend, and a dead mayor, Keeley won’t be able to “OM” herself out of this one, Have your mat ready and your green juice pressed because Keeley is on the go.

Keeley Carpenter has found her center. After returning to Befrey, the traditional English village she called home ten years ago, she’s opened her dream yoga café, which doubles as both a yoga studio and a delicious vegetarian café. Even better, Keeley is dating handsome Detective Ben Taylor, and things are beginning to look serious.

Too bad things never seem to run smoothly for long. Eager to get involved with the local community, Keeley sets up a booth at the annual Belfrey Arts Festival, along with her nemesis, fellow small business owner Raquel. Preparing herself to play nice, she’s shocked when Raquel’s boyfriend, Town Mayor Gerald, is found dead after a public spat. Despite Ben’s strict warnings to stay out of it, Keeley isn’t going to let an innocent woman take the blame for the murder―even if it is glamorous, spoiled Raquel.

Now Keeley must balance a precarious murder investigation with the demands of her growing business and now-strained relationship. But when the killer takes a personal interest in Keeley, can she find the culprit before she gets bent out of shape? Charming and delicious, Michelle Kelly’s A Death at the Yoga Cafe

features recipes from Keeley’s café and is perfect for fans of cozy mystery lovers everywhere!

Re-released for the first time in two decades, Carola Dunn breathes life back into Requiem For A Mezzo

. In March 1923, the Honorable Daisy Dalrymple takes a break from her writing to attend a performance of Verdi’s Requiem at the Albert Hall with Scotland Yard’s Detective Chief Inspector Alec Fletcher.  The tickets are a gift from Muriel Westlea, Daisy’s neighbor and the sister of Bettina Westlea, who will be singing the mezzo role. What should be a pleasant afternoon is quickly disrupted when, during the performance, Bettina falls dead on stage – killed by cyanide poisoning.

While it is quickly determined that Bettina’s on-stage glass of liqueur was laced with the poison, discovering the person responsible will not prove to be an easy task. Bettina was neither well liked nor well behaved, and many of her colleagues, associates, and even her family had good reason to want her dead. Daisy, determined to help Detective Chief Inspector Fletcher whether he wants help or not, decides to do some investigating on her own. But with so many suspects, the murderer may well go free.

In Frances Brody’s fifth Kate Shackleton Mystery, the grand estate of Bolton Abbey becomes a scene for Murder On A Summer’s Day

. When the India Office seeks help in finding Maharajah Narayan, they call upon the expertise of renowned amateur detective Kate Shackleton to investigate.

But soon a missing persons case turns into murder. Shot through the heart, Narayan’s body has obviously not been in the woods overnight. Who brought it here, and from where? And what happened to the hugely valuable diamond that was in the Maharajah’s possession?

Kate soon discovers that vengeance takes many forms. Was the Maharajah’s sacrilegious act of shooting a white doe to blame? Or are growing rumors of a political motive too powerful for Kate to discount?

One thing Kate is sure of: her own skills and insights. Qualities that she is sure will help her unravel a mysterious murder on that fateful summer’s day.