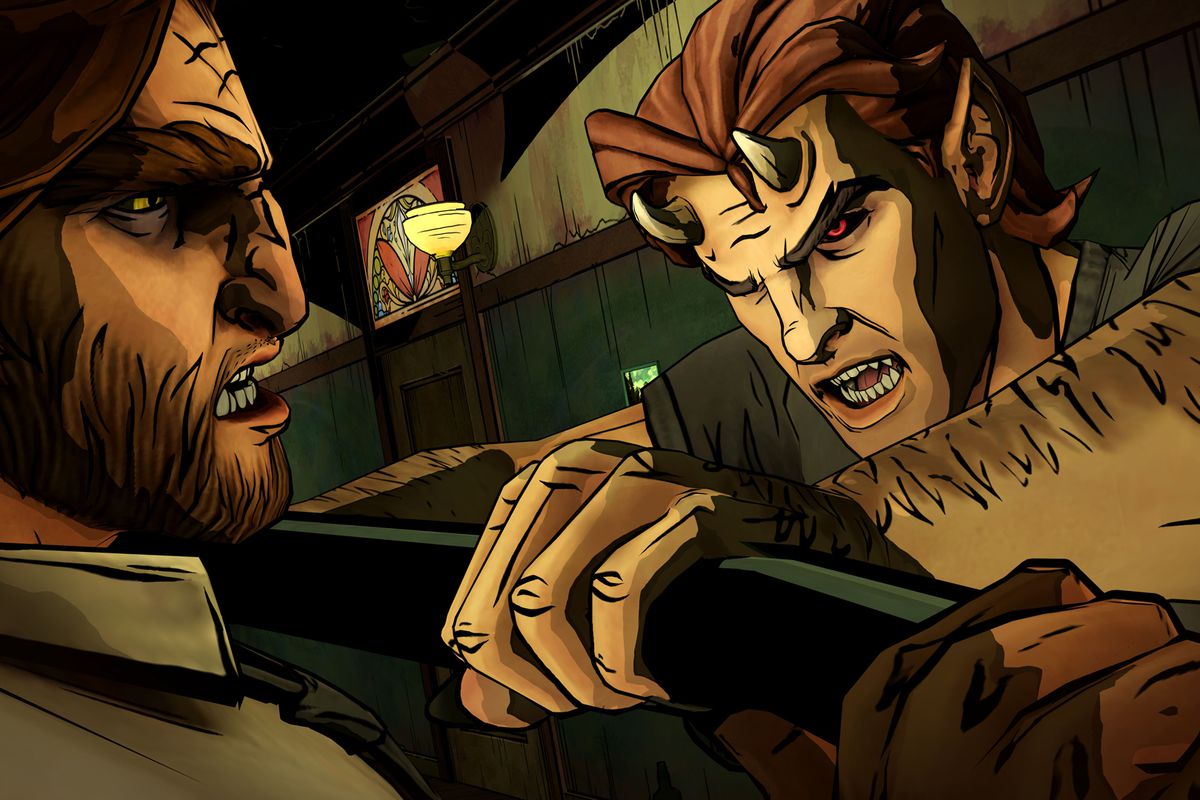 23 Best Superhero Action and Thriller Games on iPhone And Android

Our new 2022 list of best superhero games for iPhone and Android includes some of the most beloved titles such as Marvel Strike Force and Wolf Among Us among others.

Although Batman games and couple of other titles listed some of the games listed below technically don’t fall under the definition of a superhero, they have been bundled together for a long time and we didn’t want to make an exception.

For our coverage of the best games in crime, mystery, horror and thriller genre, please visit here. If you are into action and thriller games, you can also check out 12 Best Mafia Games for iPhone and 16 Best Horror And Zombie Thriller Games For iPhone And Android. 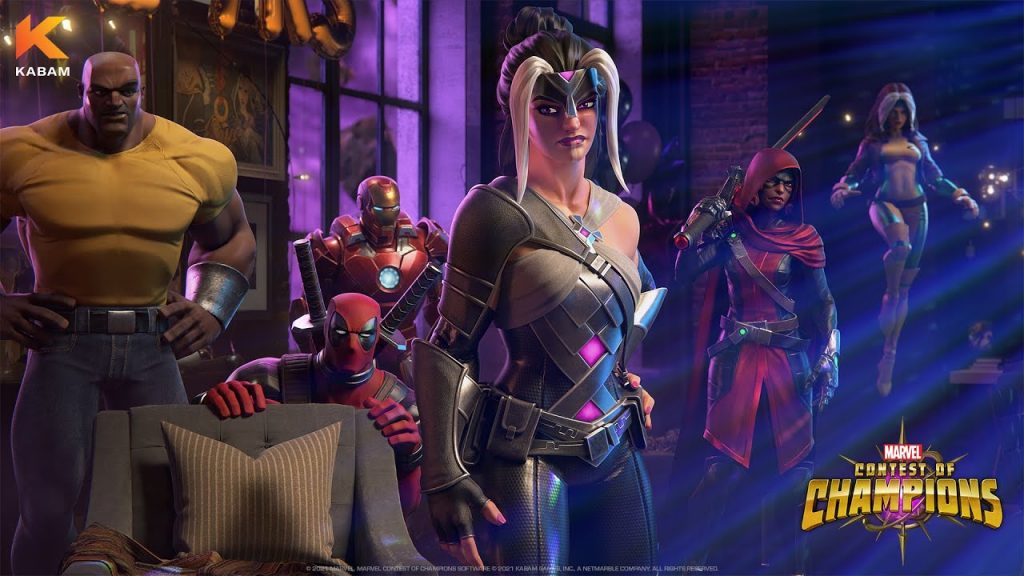 The greedy Elder of the Universe known as The Collector has summoned you to a brawl of epic proportions against a line-up of vile villains including Thanos, Kang the Conqueror, and many more! Experience the ultimate free-to-play fighting game on your mobile device…Marvel Contest of Champions!

22. Injustice: Gods Among Us 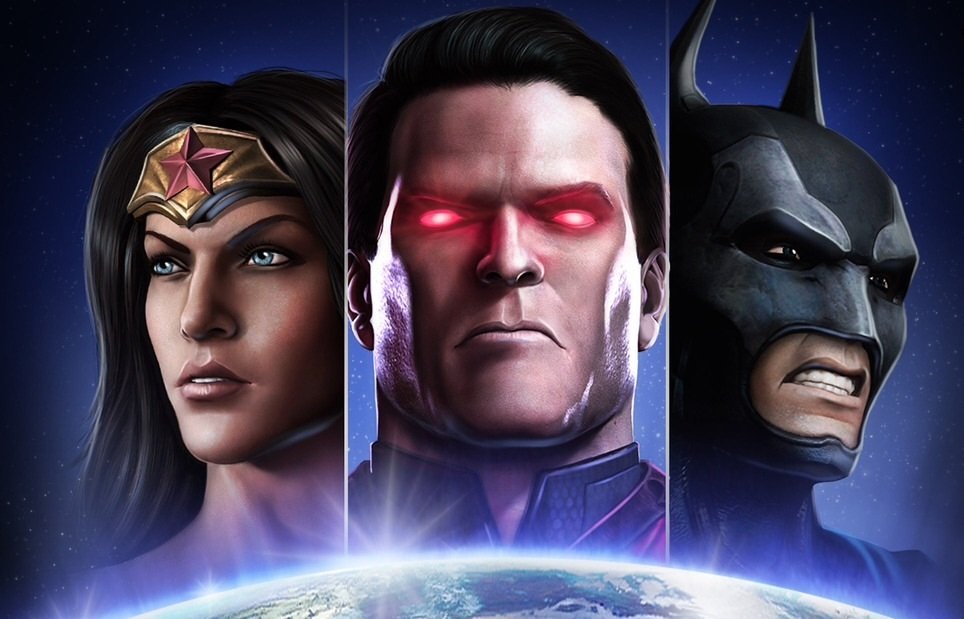 Build an epic roster of DC super heroes and villains and get ready for battle! INJUSTICE: GODS AMONG US is a free-to-play collectible card game where you build a roster of characters, moves, powers, and gear and enter the arena in touch-based 3-on-3 action combat.

You play as a hero and whole city fears you. The style of city is similar to Miami or Las Vegas but actualy it’s old New York.

Are your ready for great anti criminal adventure? Be ready to rob, kill, shoot and fight all the criminals! Stealing cars, racing through streets, and shooting down gangsters. Try out all the supercars and bikes. Make stunts on a bmx or find an ultimate F-90 tank or devastating battle helicopter.

Dominate the city with a devastating firepower of advanced military vehicles or upgrade your hero to knock down enemies in a few kicks! Let it be a beautiful city, do not turn it into crime city with blood and robbery.

You have special real powers. You can shoot dangerous laser beam from your eyes. You can shoot a rope to a building and climb over the building to the top. Don’t mess with the police, they are the good ones.

20. Batman: The Enemy Within

In this latest chapter from the award-winning studio behind Batman – The Telltale Series, both Bruce Wayne and Batman will be forced into precarious new roles. 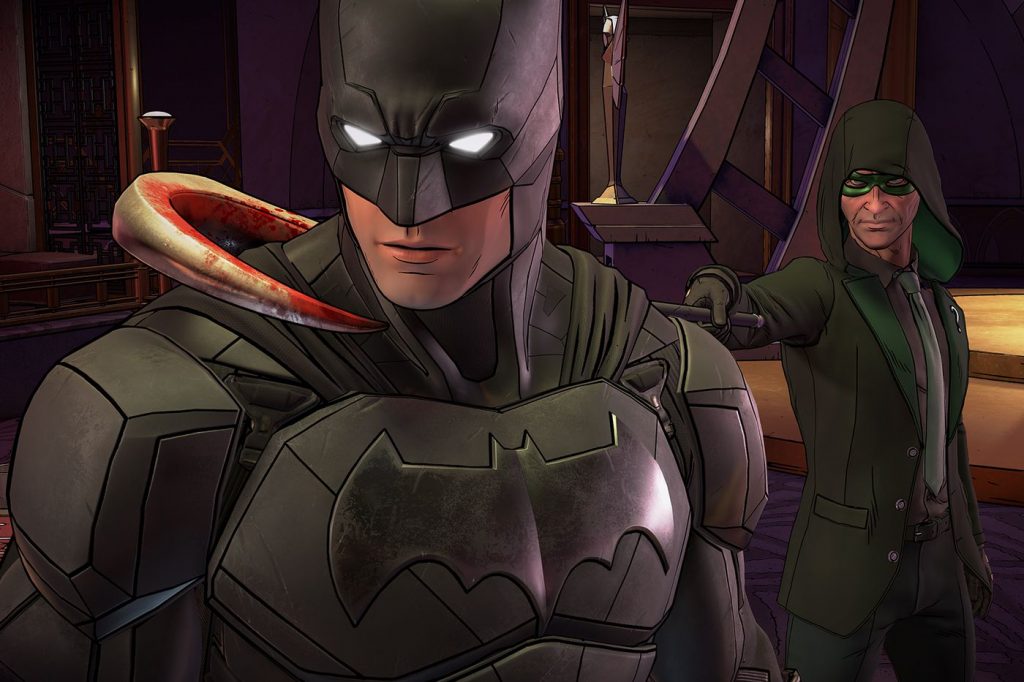 The Riddler has returned to terrorize Gotham City, but his gruesome puzzles merely foreshadow an even greater crisis. With the arrival of a ruthless federal agent and the return of a still nascent Joker, Batman must navigate uneasy alliances while Bruce Wayne undertakes a perilous series of deceptions. Which of Batman’s new allies will you choose to trust? And how deep into the darkness will you let Bruce descend?

Includes Episode 1 of a 5 part series in this brand new season from the award-winning studio, Telltale Games.

Fight crime like a real super hero! Rush to a dark street or park in the city and defeat multiple gangs like a true ninja fighting spider. Games like these need super kung fu ninja skills.

This superhero action game parody is set in the big city filled with criminal gangsters and mafia bosses. Become spider 2 ninja so you can stop dangerous crime lords who attack the city with your superhero spider gadgets to beat every mafia and avoid being dead.

Police and army forces can’t fight gangster mafia bosses so they need help from a marvelous and mysterious spider fighting ninja man. Games of villains are putting civilians in danger and they need someone to fight all thugs in the street. In one of the best spider heroes fighting games, make a choice to be an ultimate superhero to save the city. 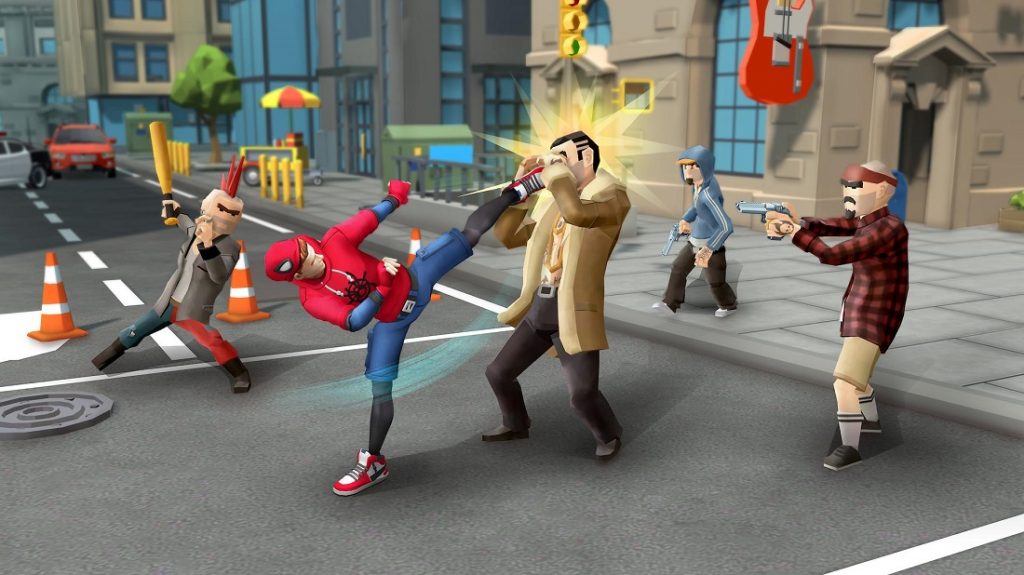 Fight against city gangsters, crime bosses and supervillains. Craft new combos and abilities. Become the superhero and save the city.

It is time to be a real super hero. Non-stop web-slinging action as the crime-fighting superhero of the city in the best rope swing hero simulator!

History is not as you know it. Join Sprite, one of the Eternals, on an exciting Augmented Reality adventure through time to discover the truth about humanity. 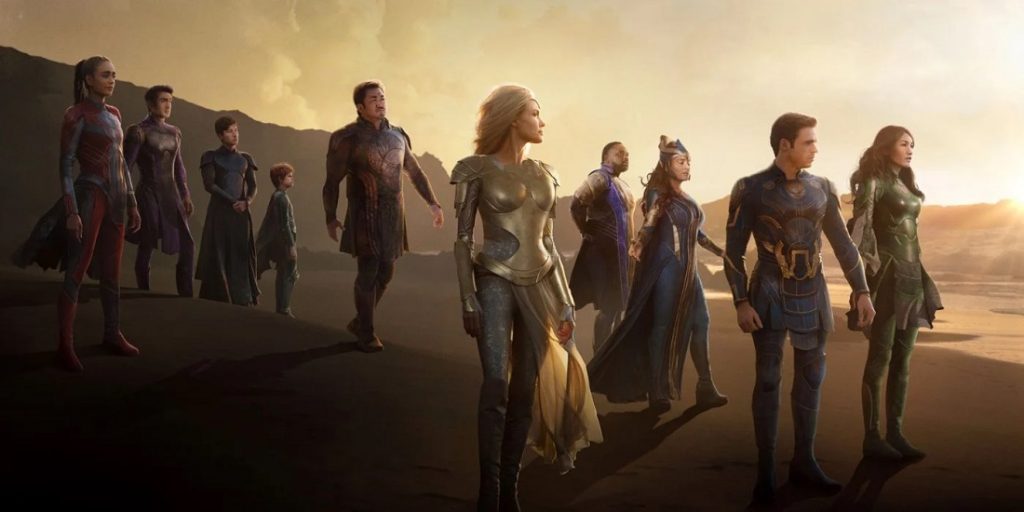 In this Marvel Studios Immersive Story Experience, explore the characters, world, and stories of the film like never before. Use your iPhone or iPad to step inside the world of the Eternals and meet the heroes in AR, before you watch the film in theaters!

About the Film: Marvel Studios’ Eternals follows a group of heroes from beyond the stars who had protected the Earth since the dawn of man. When monstrous creatures called the Deviants, long thought lost to history, mysteriously return, the Eternals are forced to reunite in order to defend humanity once again.

Rita Repulsa, the space witch, has infected the Morphin Grid, creating virtual monsters and Ranger clones programmed to fight on her behalf. Fight back with your own curated team of legendary Power Rangers and villains from the multiverse! Unlock new Rangers, upgrade your best warriors and create the best team to defeat Rita, and save the Morphin Grid.

As the shadow of the Blackest Night prophecy falls on every world, sheer willpower alone cannot save the shattered DC Universe. It’s up to you to lead a team of DC’s greatest champions to victory, but know this: the Universe cannot be restored without a strategic mind. 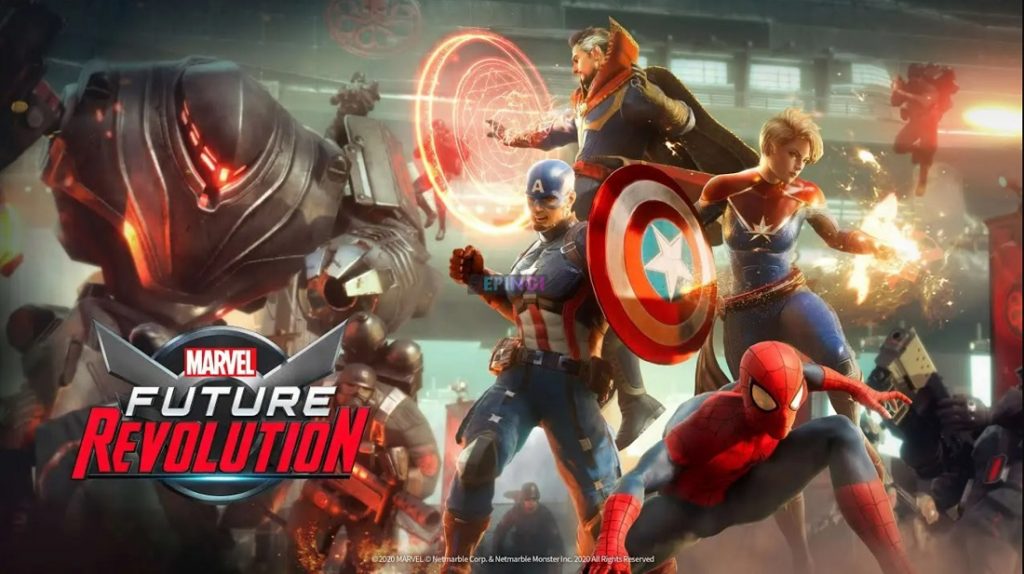 You play as a super hero that controls power of black hole. Black hole can suck everything near it. You play in a small city and your aim is to restore order, because there are a lot of gangsters. To help with your goal, you can buy a several types of guns. City is a open world environment, where you can see living city with cars and people.

There is a dance club, where you can dance. There is also an airport, where you can buy several airplanes. There are jobs like taxi driver, fire fighter, garbage collector, police officer or hair dresser. You can gain money from these jobs. If you collect a lot of money, you can invest them in a stock exchange. There are about 50 different vehicles, bikes, skateboards etc. You can adjust a view of your hero with several attachments such as hats, glasses, masks and so on.

This action game takes place in the city of criminal gangs. Cruel crime lords attacked the city and your superhero should defeat the mafia! Civilians need your help, however police or army forces are unable to fight gangster mafia bosses. There is no chance and the city is going to ruin, but here you are as a true superhero fighter!

People need you to fight away all thugs from the streets. So become a superhero to defeat bosses in the city in one of the best heroes fighting games!

Begin your adventure – Episode One now FREE! Discover the powerful and far-reaching consequences of your choices as the Dark Knight. The fate of Bruce Wayne, his dark persona, Batman, and Gotham hang in the balance. 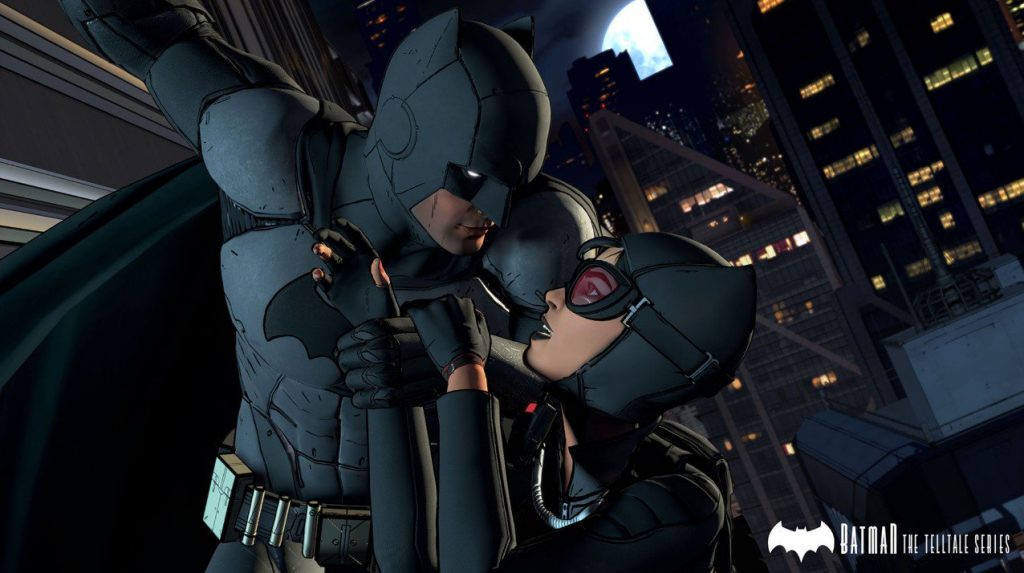 In this gritty and violent new story from the award-winning creators of The Walking Dead – A Telltale Games Series, you’ll make discoveries that will shatter Bruce Wayne’s world, and the already fragile stability of a corrupt Gotham City. Your actions and your choices will determine the fate of the Batman.

Jumping and flying through rooftops, chasing after nasty criminals to save the city is superhero duty, with your strange hero powers save the incredible city from destruction. Fight crime; kill mobsters and evils, live like a true superhero.

The rivalry between criminals and hero takes a new twist. In Miami, a villain appeared and even the police cannot win over him. You can be reincarnated as the king of the gangland. Feel as an incredible hero of the city with strange hero powers like speed, accuracy, flying, climbing and all new third-person shooting with heavy artillery to use, Hand combat with multiple combos.

Who’s in your Justice League? Join your favorite DC Superheroes & Villains in one of the best fighting games on mobile. Assemble a team of superhero legends like Batman, Superman, Supergirl, The Flash, & Wonder Woman to combat the forces against you. Master new combos and crush opponents in dynamic 3v3 battles. 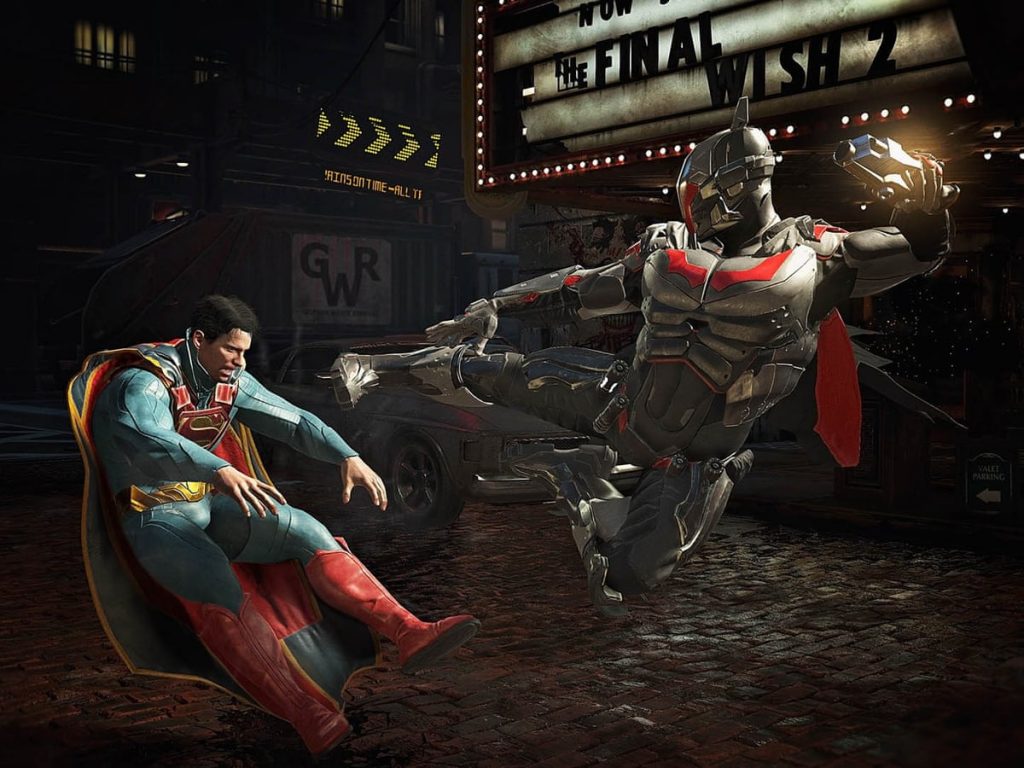 Upgrade your superheroes with special powers as you fight your way through the game. Become a champion by collecting gear for your characters and dominating your foes in PvP contests. Every epic battle in this CCG fighting game will define you—join the fight and become the ultimate DC champion!

Villains with various power and weapons attacked the city lead by their bosses. The Titan Phoenix superheroes duo is the only thing that can stop the rise of darkness.

Do you love panther games? If yes then welcome to the Panther Robot War in which as a Black Superhero you need to fight against super villains to end crime city battle. The civilians are under attack of mafia robots that are causing huge destruction in streets of city. The people need hope for survival, become their superhero panther by fighting against the crime. 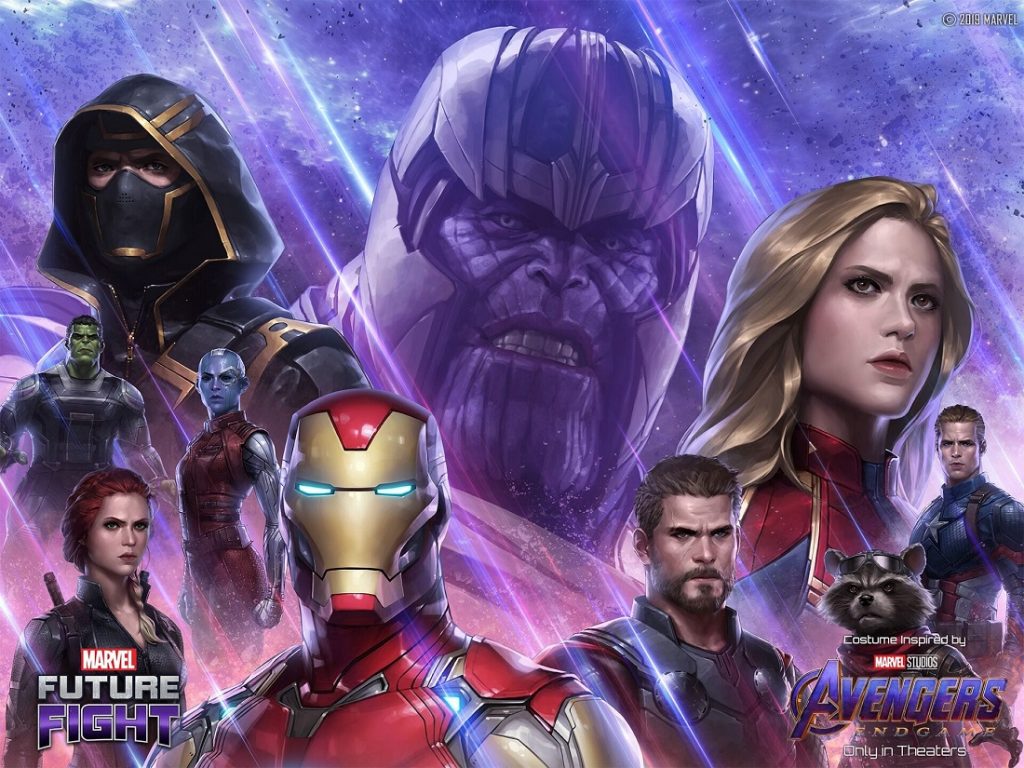 The Avengers, Guardians of the Galaxy, Inhumans, Defenders, X-Men, Spider-Man, and more! Over 200 characters from the Marvel Universe are available to play!

S.H.I.E.L.D.’s very own director, Nick Fury, has sent an urgent message from the future… the convergence is destroying the world as we know it! Prepare to defend your universe! Recruit your favorite characters, complete missions, and compete with other players to be the greatest hero and save your world.

Dragon Fist is not just a guy dressed up like other superheroes that show up and hunt down criminals, monsters and super-villains but he is also the last hope of the city who can save everyone

3. The Wolf Among Us

From the creators of the Game of the Year award-winning series The Walking Dead: A Telltale Games Series, comes a gritty, violent and mature thriller based on the award-winning Fables comic books (DC Comics/Vertigo). 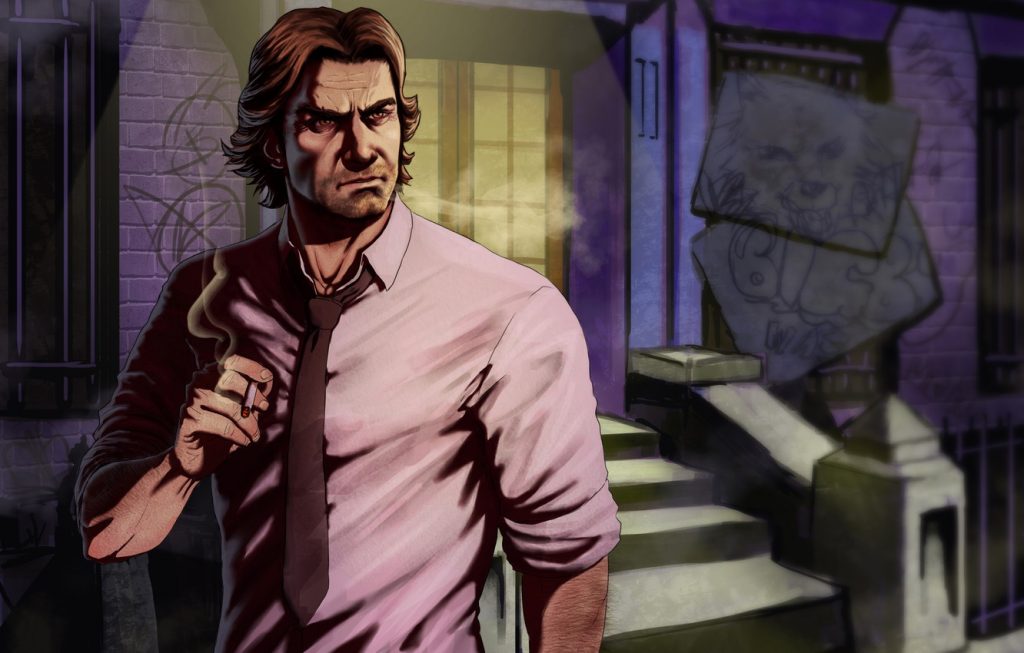 As Bigby Wolf – THE big bad wolf – you will discover that a brutal, bloody murder is just a taste of things to come in a game series where your every decision can have enormous consequences.

An evolution of Telltale’s ground-breaking choice and consequence game mechanics will ensure the player learns that even as Bigby Wolf, Sheriff of Fabletown, life in the big bad city is bloody, terrifying and dangerous.

You can now play as Spider-Man, Captain America, Black Panther AND other Marvel HEROES! To unlock all heroes, including Miles Morales, Black Widow and more, get it now!

Learning while having fun has never been easier. In Marvel Hero Tales, where education and entertainment team-up to bring an award-winning, sentence-building experience that’s perfect for kids aged 7-11.

Create your own S.T.R.I.K.E. Force with heroes and villains across the Marvel Universe in this all-new squad-based RPG!

In MARVEL Strike Force, ready for battle alongside allies and arch-rivals in this action-packed, visually-stunning free-to-play game for your iPhone or iPad. An assault on Earth has begun and Super Heroes and Super Villains are working together to defend it! Lead the charge by assembling your ultimate squad of MARVEL characters, including Doctor Strange, Loki, Venom, Spider-Man, Captain America, Iron Man, and more.