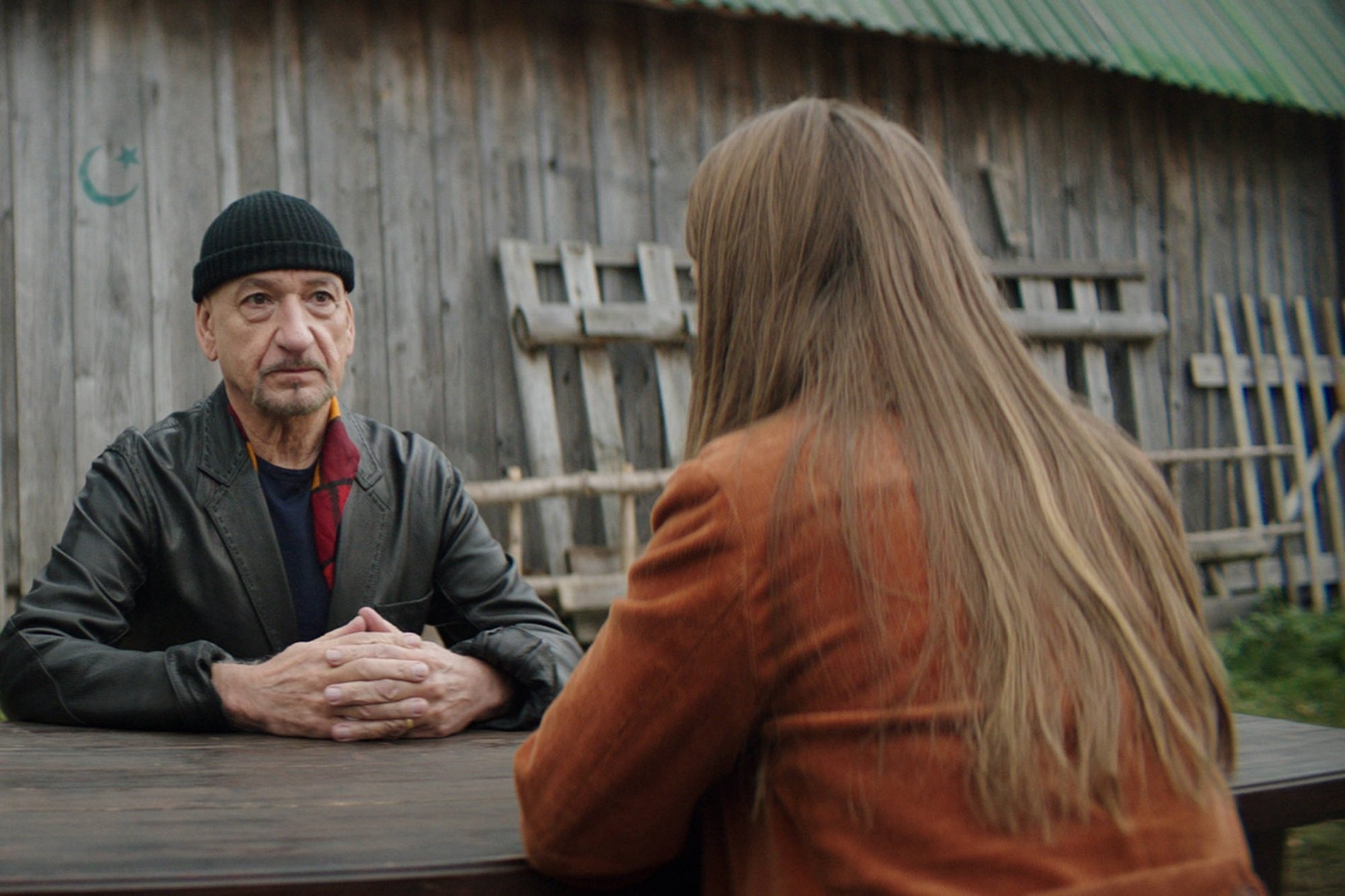 For a premium TV channel, $8.99 a month seems like a lot in the age of Netflix but on the other hand Starz movies are really worth watching. After all, the channel puts out some of the best new action, mystery, and thriller movies out there.

For our January 2019 edition, we have selected 23 of the best recent Starz releases in action, mystery and thriller category: From Salt to Unlocked, these movies won’t disappoint.

(Note: You can check our latest recommendations for Netflix at The 52 Best Crime Drama and Thriller Shows On Netflix: 2019 Edition)

Takers: Gordon Jennings (Idris Elba) and his friends enjoy a luxurious lifestyle funded by bank robberies, and they avoid capture by sticking to a strict set of rules. As they celebrate the latest job, a former associate arrives with a daring plan to rob an armored car.

The lure of so much cash is too tempting to resist but, unbeknown to Gordon’s men, this heist puts them on a collision course with Russian mobsters and a detective (Matt Dillon) who will do anything to capture them.

Led by the intense and shadowy Alejandro (Benicio Del Toro), the team travels back-and-forth across the U.S.-Mexican border, using one cartel boss (Bernardo Saracino) to flush out a bigger one (Julio Cesar Cedillo).

Unlocked: After failing to apprehend the terrorist behind a Paris attack that claimed dozens of lives, CIA agent Alice Racine is forced to live in London as a caseworker. Her mentor unexpectedly calls her back into action when the CIA discovers that another attack is imminent.

Alice soon learns that the classified information she’s uncovered has been compromised. Running for her life, she turns to a former soldier to help her prevent a lethal biological attack on the citizens of London.

Untraceable: Special Agent Jennifer Marsh (Diane Lane) works in an elite division of the FBI dedicated to fighting cybercrime. She thinks she has seen it all, until a particularly sadistic criminal arises on the Internet.

This tech-savvy killer posts live feeds of his crimes on his website; the more hits the site gets, the faster the victim dies. Marsh and her team must find the elusive killer before time runs out.

An Ordinary Man: A war criminal in hiding begins to form a relationship with his newly-hired maid (Hera Hilmar) after he expresses loneliness to his handler. He first abuses her, but gradually forms an awkward friendship with her.

As the search for him intensifies, the General realizes she is the only person he can trust. She is later revealed to be more than a maid. The character of the General is based on Ratko Mladic, who was ultimately sentenced to life in prison for war crimes committed in the Bosnian war.

Straw Dogs: Married couple David (James Marsden) and Amy (Kate Bosworth) move to her hometown of Blackwater, Miss., after her father’s death. They have a plan to renovate Amy’s old home and prepare it for sale while David works on his latest screenplay.

However, the sophisticated couple’s arrival stirs resentment and suspicion among the locals, especially from Charlie (Alexander Skarsgård), Amy’s former boyfriend. Tension continues to build, leading to an extremely violent confrontation.

Raw Deal: When efforts to prosecute mob boss Luigi Patrovita (Sam Wanamaker) are repeatedly derailed thanks to a mole in the FBI, the only choice is to bring in an outsider — specifically, Mark Kaminsky (Arnold Schwarzenegger), a disgraced agent who leaps at a chance for reinstatement.

After FBI chief Shannon (Darren McGavin) gives him his orders, Kaminsky fakes his death and reemerges as an ex-con named Brenner. Undercover and accountable to no one, the former Fed tears up the mob from the inside.

Cut Bank: A restless young man and his girl ache to escape their rural Montana town, and witnessing a murder might be their ticket out – but karma turns against them. With John Malkovich, Billy Bob Thornton, Bruce Dern.

Tinker, Tailor, Soldier, Spy: In 1970s England the head of MI6, Control (John Hurt), dispatches an agent (Mark Strong) to meet with a Hungarian general who knows the identity of a Soviet spy in the organization’s ranks. However, the mission goes wrong, and the general dies before he can reveal the information.

Undersecretary Oliver Lacon (Simon McBurney) calls veteran agent George Smiley (Gary Oldman) back from forced retirement to ferret out the mole and stop the flow of vital British secrets to the Russians.

Kiss The Girls: Successful forensic psychologist Alex Cross (Morgan Freeman) discovers that his niece has gone missing. Once he consults with police Detective Nick Ruskin (Cary Elwes), Cross believes that the disappearance is the work of an insane killer known as “Casanova.”

Meanwhile, Dr. Kate McTiernan (Ashley Judd) is kidnapped by this criminal and witnesses many other imprisoned women in his lair. After narrowly escaping, McTiernan teams up with Cross to try to apprehend the deranged Casanova.

88 Minutes: Famed forensic psychiatrist Dr. Jack Gramm (Al Pacino) enjoys a reputation as one of the most sought-after profilers around. His expert testimony has resulted in the conviction of many criminals, including serial killer Jon Forster.

On the eve of Forster’s execution, one of Gramm’s students is murdered in a vicious copycat crime, and Gramm himself receives an ominous message informing him that he has less than 90 minutes to live.

The Saint: Based on the popular spy series, this film follows suave international thief Simon Templar (Val Kilmer), who is contracted by Russian oil magnate Ivan Tretiak (Rade Serbedzija) to steal a formula for cold fusion.

So Templar, nicknamed “The Saint” because of his use of Roman Catholic saints as aliases, finds scientist Dr. Emma Russell (Elisabeth Shue), seduces her and steals the information. However, because the formula was incomplete, Tretiak now wants to kill Templar and kidnap Russell.

Salt: When Evelyn Salt (Angelina Jolie) became a CIA officer, she swore an oath to duty, honor and country. But, when a defector accuses her of being a Russian spy, Salt’s oath is put to the test. Now a fugitive, Salt must use every skill gained from years of training and experience to evade capture, but the more she tries to prove her innocence, the more guilty she seems.

The Tourist: During an impromptu trip to Europe to mend a broken heart, math teacher Frank Tupelo (Johnny Depp) finds himself in an extraordinary situation when an alluring stranger, Elise (Angelina Jolie), places herself in his path.

Their seemingly innocent flirtation turns into a dangerous game of cat and mouse while various people, who all think that Frank is Elise’s thieving paramour, Alexander Pearce, try to capture the pair.

The Hunt for Red October: Based on the popular Tom Clancy novel, this suspenseful movie tracks Soviet submarine captain Marko Ramius (Sean Connery) as he abandons his orders and heads for the east coast of the United States. Equipped with innovative stealth technology, Ramius’ submarine, “Red October,” is virtually invisible.

However, when an American sub briefly detects the Russians’ presence, CIA agent Jack Ryan (Alec Baldwin) sets out to determine Ramius’ motives, fearing he may launch an attack on the U.S.

Shaft: To stop a racist killer (Christian Bale) Shaft’s got to track down the only eyewitness that can put him behind bars (Toni Collette). As Shaft closes in, so does the danger. Armed with attitude and up against corrupt cops and venomous druglords he’s out to make crime pay up.

Rounders: Mike McDermott (Matt Damon) loses his money in a poker game against Russian gangster Teddy “KGB” (John Malkovich). Under pressure from his girlfriend, Jo (Gretchen Mol), he promises to quit gambling. This lasts until his friend, Lester “Worm” Murphy (Edward Norton), gets out of prison and needs to pay off an old debt. The pair come close to earning the money back but are caught cheating. Then Mike finds out the debt is owed to Teddy and makes one last-ditch effort to beat the Russian.

Thunderbolt and Lightfoot: While stealing a car, free-spirited drifter Lightfoot (Jeff Bridges) crosses paths with legendary thief Thunderbolt (Clint Eastwood) in the midst of his own escape.

Thunderbolt’s old partners in crime, Red (George Kennedy) and Eddie (Geoffrey Lewis), believe he double-crossed them after they robbed a Montana bank vault several years ago. After Thunderbolt successfully pleads his innocence and is let off the hook, Lightfoot rallies them together as a group to rob the very same bank again.

The Good Shepherd: Discreet, idealistic and intensely loyal, Edward Wilson (Matt Damon) finds that service in the OSS and later as a founding member of the Central Intelligence Agency is the perfect career for a man of his talents.

His methods become standard operating procedure for the CIA while he combats his counterparts in the KGB. But, as the country slips deeper into the Cold War, Edward finds that dedication to duty above family has a price.

The American: When an assignment in Sweden ends badly, master assassin Jack (George Clooney) retreats to the Italian countryside with the intention of remaining anonymous. In an uncharacteristic move, he becomes friends with a local priest and pursues a torrid romance with a beautiful woman (Violante Placido). But by stepping out of the shadows, Jack may be making a fatal mistake.

Serpico: Frank Serpico (Al Pacino) is an idealistic New York City cop who refuses to take bribes, unlike the rest of the force. His actions get Frank shunned by the other officers, and often placed in dangerous situations by his partners. When his superiors ignore Frank’s accusations of corruption, he decides to go public with the allegations.

Although this causes the Knapp Commission to investigate his claims, Frank has also placed a target on himself. The film is based on a true story.

Manhunter: FBI criminal profiler Will Graham (William L. Petersen) is called out of early retirement to assist on a serial murder case involving a killer known as the “Tooth Fairy” (Tom Noonan). Graham enlists the help of imprisoned serial killer — and cannibal — Dr. Hannibal Lecktor (Brian Cox), who is the reason Graham took an early retirement.

Soon, Graham and the FBI are entangled in a deadly cat-and-mouse game between the Tooth Fairy, Lecktor and an interfering journalist (Stephen Lang).

Unfortunately for Frank, Leo wants to keep him in his employ, resulting in a tense showdown when he finally tries to give up his criminal activities once and for all.

Scandinavian Crime: Review Of The Hidden Child By Camilla Läckberg