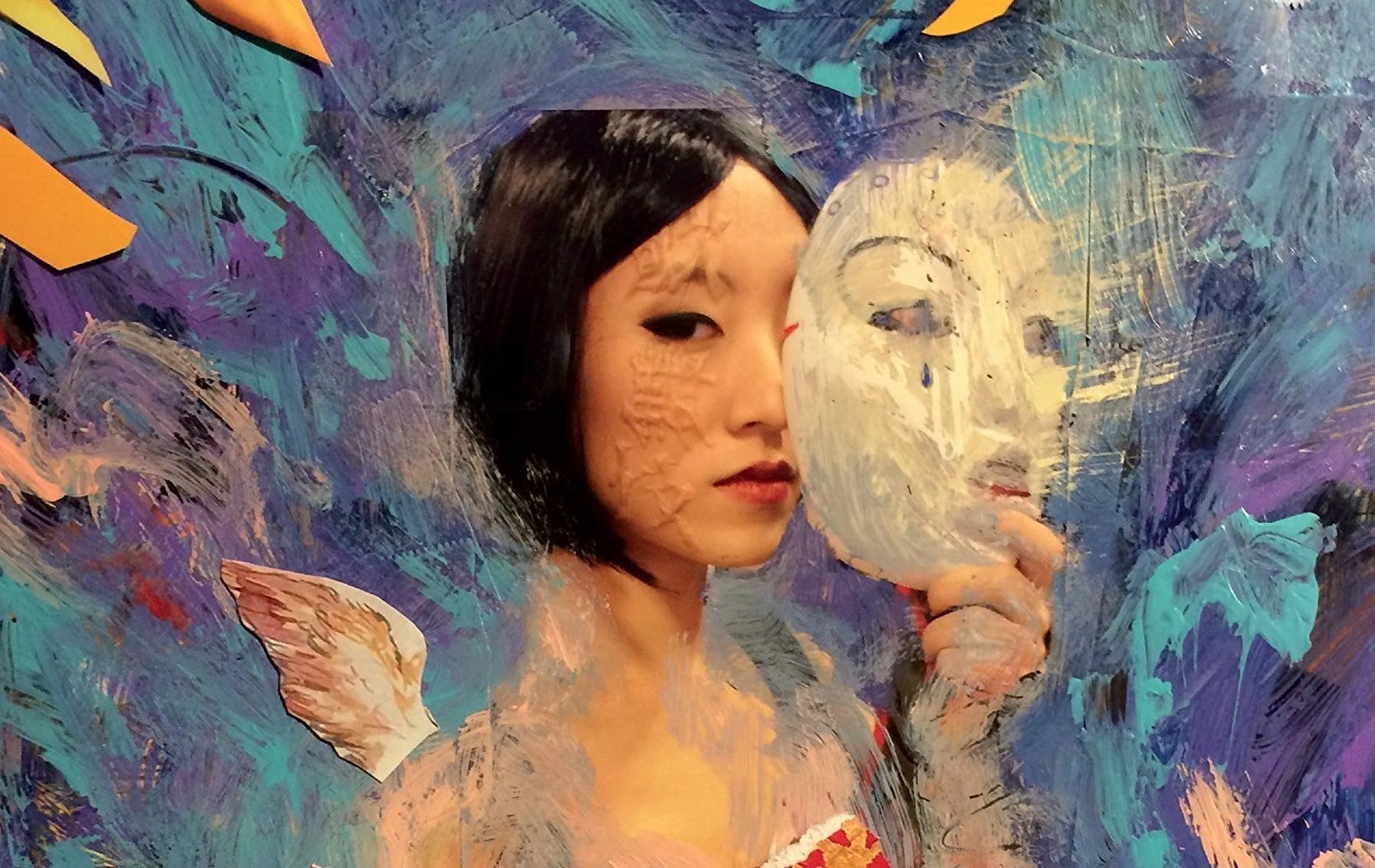 Giant-Size Master of Kung Fu (1974-1975) as well as refresh historical novels such as Cimarronin.

If you’re a fan of action-packed and well-written graphic novels, there martial arts filled stories are great starting points in this sub-genre.

Blaze Brothers. “WANTED meets THE BOONDOCK SAINTS meets KILL BILL” in this amazing martial arts themed graphic novel. Two orphaned half brothers, Jack and Billy Blaze, reared by an exiled Chinese martial arts Master and trained as deadly assassins by a secret US Black Ops force, resign their commission after a botched mission leaves them both near death.

The two gun-toting, sword-wielding brothers resurface as high-level debt collectors, working exclusively for a vicious Japanese crime lord, Mr. Yamamoto. Believing that the Blaze Brothers have dishonored him, he places a two million dollar bounty on their heads.

The Blaze Brothers must battle every hitman, assassin, and gang member in the city in an attempt to clear their names. 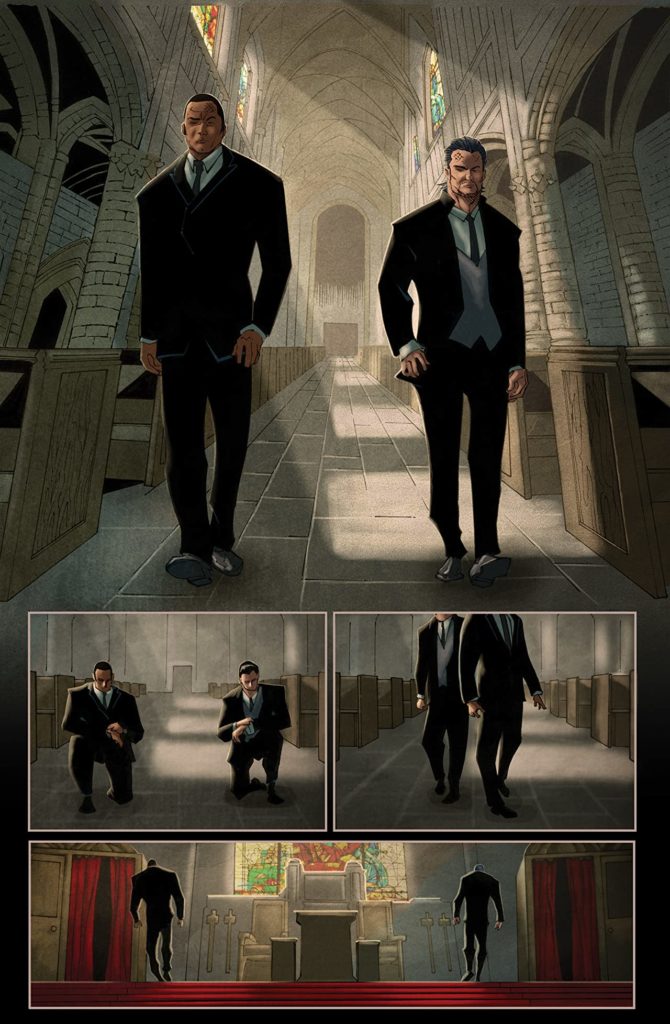 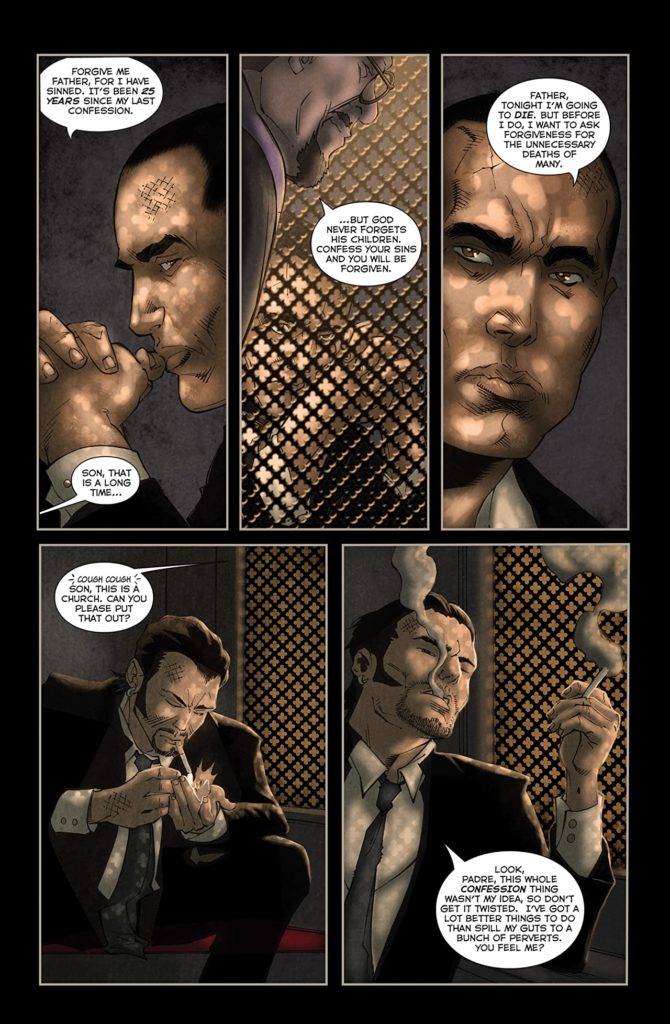 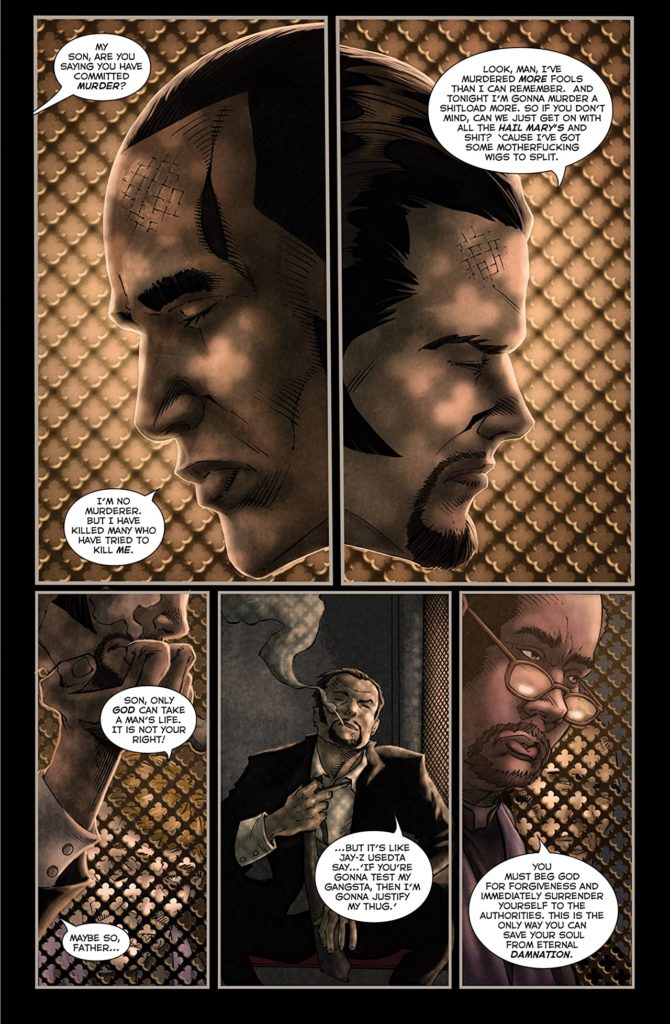 Bushido. First published in the early 1900s, Bushido was the first book to introduce Westerners to the samurai ethos. Written by Inazo Nitobe, one of the foremost Japanese authors and educators of the time, it describes the characteristics and virtues that are associated with bushido.

These include honor, courage, justice, loyalty, self-control…and explains the philosophy behind how samurai were educated and trained; the connection between the sword and the samurai; seppuku; and the position of women in samurai culture; among other themes.

To this day, Bushido is considered a must-read for anyone who wants to understand the soul of Japan and navigate their world with integrity and honor. This graphic novel version of the cult classic Bushido brings the timeless secrets of the samurai to life.

Clan. Saburo is an ambitious young yakuza who provokes a war between rival factions in an attempt to overthrow the Oyabun Kodama, Tokyo’s gang boss. But the sly old devil won’t give up without a fight!

Hoping to have Saburo killed, he orders Shi’s release from prison, something the old blind warrior has been waiting thirty years for. Thirty years cut off from the rest of the world, unaware of the betrayal that sealed his fate. Sometimes, all that separates family and business is the width of a blade.

Deadly Hands of Kung Fu (1974-1977). A classic martial arts comics. The origin of the Sons of the Tiger. The amulets that Black Tiger, Bob Diamond and Lin Sun possess allow them to unlock the power of the tiger and avenge their fallen master. Note: this issue only contains the Sons of the Tiger story.

This is an exciting series with many twists including some father-son combat and more. The collection includes 31 issues.

Archer & Armstrong. After years of meditation and training, 18-year-old Obadiah Archer has been dispatched to New York City to carry out the sacred mission of his family’s sect– kill the booze-addled immortal known only as Armstrong and convene a new world order.

But as this underage assassin stalks his prey, he’ll soon find that both hunter and hunted are just pawns in a global conspiracy stretching back five millennia– and that Archer & Armstrong will have to work together if the future is to stand any chance of surviving the past’s greatest threat.

Katana. This is a DC creation with an interesting illustration style. The warrior Katana is a former assassin on a noble quest to restore the Outsiders to their former glory–ready to take on every gang that stands in her way.

Hap and Leonard. An all-new graphic novel adapting the original story which is the basis for the first season of the Sundance TV series. A rip-roaring, high-octane, Texas-sized thriller, featuring two friends, one vixen, a crew of washed-up radicals, loads of money, and bloody mayhem.

Hap Collins and Leonard Pine are best friends, yet they couldn’t be more different. Hap is an East Texas white boy with a weakness for all women.

Leonard is a gay, black Vietnam vet. Together, they stir up more commotion than a firestorm. But that’s just the way they like it. When Trudy, an ex-flame of Hap’s returns promising a huge score, Hap lets Leonard in on the scam. That’s when things get interesting.

Joe R. Lansdale’s classic dark thriller has been adapted and vividly bought to life by Finnish illustrator Jussi Piironen. He stays faithful to the original novel and creates a visual treat for Hap and Leonard fans.

Chockful of action and laughs, this is the masterpiece of dark suspense that introduced Hap and Leonard to the thriller scene. The world of crime and suspense haven’t been the same since.

JFH: Justice For Hire. The Retribution Industry is born, allowing for private-counter-terrorist forces to thrive, creating rival teams that fight for the industry’s #1 spot.

Following in the footsteps of their legendary fathers, martial arts mega-duo Ebony and Ivory become overnight media sensations, kicking ass in the name of justice along with their sexy, gun-toting chauffeur/bodyguard, Louisa, at their side. But now competition is on the rise.

Featuring elements direct from Kevin Smith’s unproduced screenplay, writer Ande Parks is joined by the sensational Ale Garza and fills in the blanks on the new Kato, the old Kato and the mystery of the Black Hornet.

The 7th Sword. Daniel Cray – a samurai mercenary – stumbles upon the legendary city of ZenZion, a mysterious desert outpost under siege from a vicious warlord.

The peace-loving citizenry beg Cray to defend them… forcing Cray to reluctantly draw his deadly “Malathane” sword one last time to battle a relentless army of robots and their savage masters. Science Fiction meets Samurai in an epic new adventure from John Raffo (Dragon: The Bruce Lee Story).

Cobra Kai: The Karate Kid Saga Continues. This action-packed martial arts comics is definitely an essential read for readers who want to get started in this sub-genre.

See The Karate Kid in a whole new light in this retelling through the eyes of Johnny Lawrence, two-time All Valley Tournament champion. When the new kid makes moves on the girl that broke Johnny’s heart, he vows to settle the score and win back his love.

At Luis’s insistence, the samurai agrees to help smuggle a Manchu princess to Mexico. But little does he know that he’s really been dragged into an epic struggle for power.

As they become embroiled in the deadly politics of New Spain, Kitazume uses his lethal skills to save his friends–and to find redemption. Meanwhile, Luis secretly works as a member of the legendary Shield-Brethren, whose mission is to see that neither China nor Spain controls the silver mines owned by Luis’s very father.

As politics and greed collide, Kitazume must call upon his deadly skills once more. But he’s not just fighting to save his friends–he’s fighting for the redemption he so desperately craves. 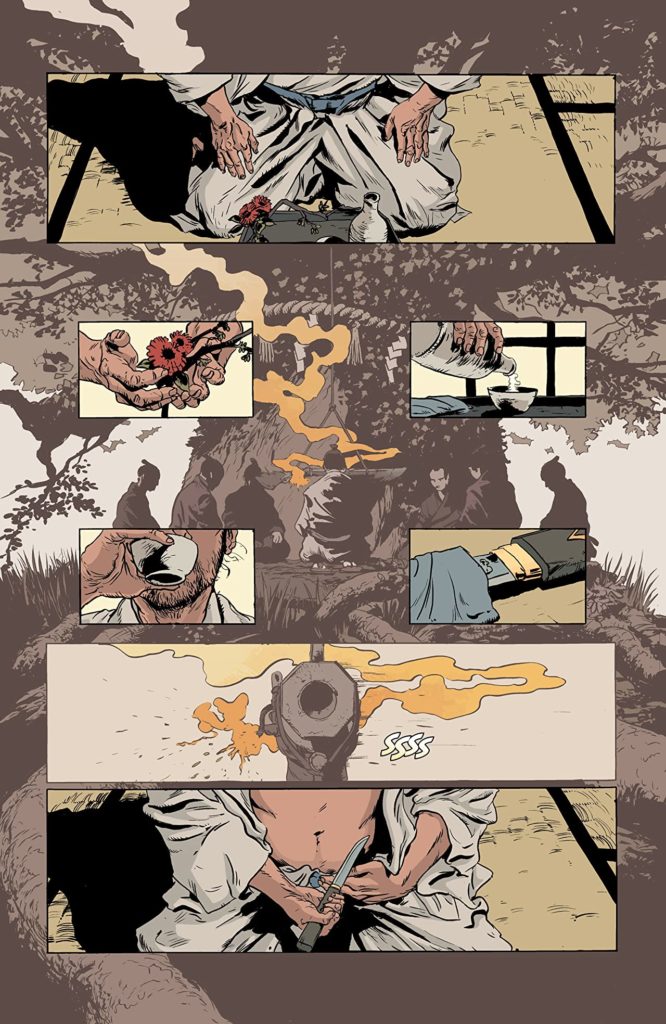 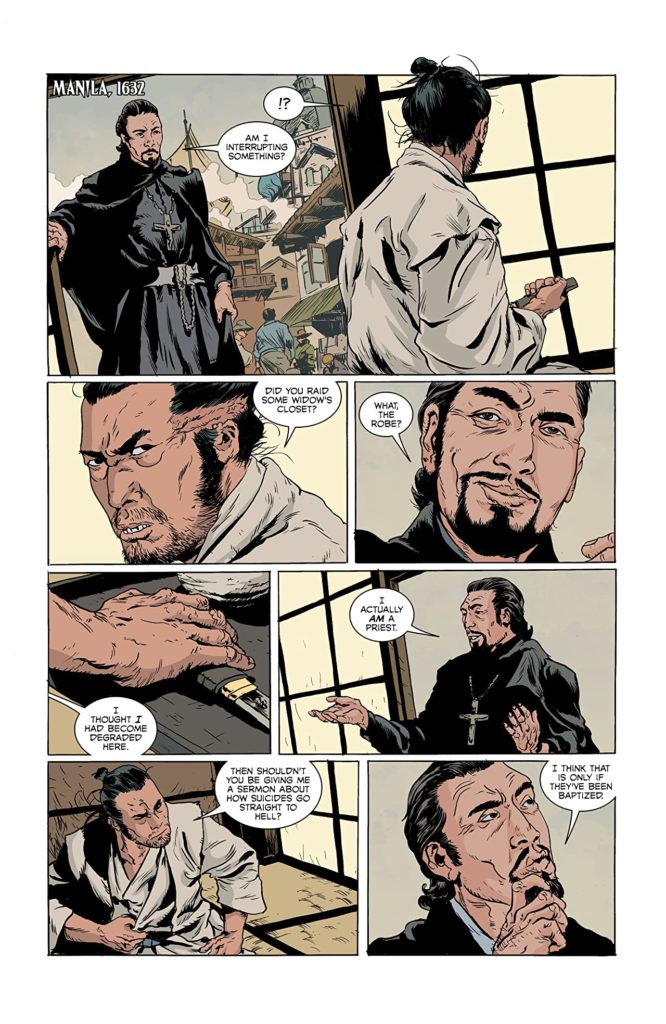 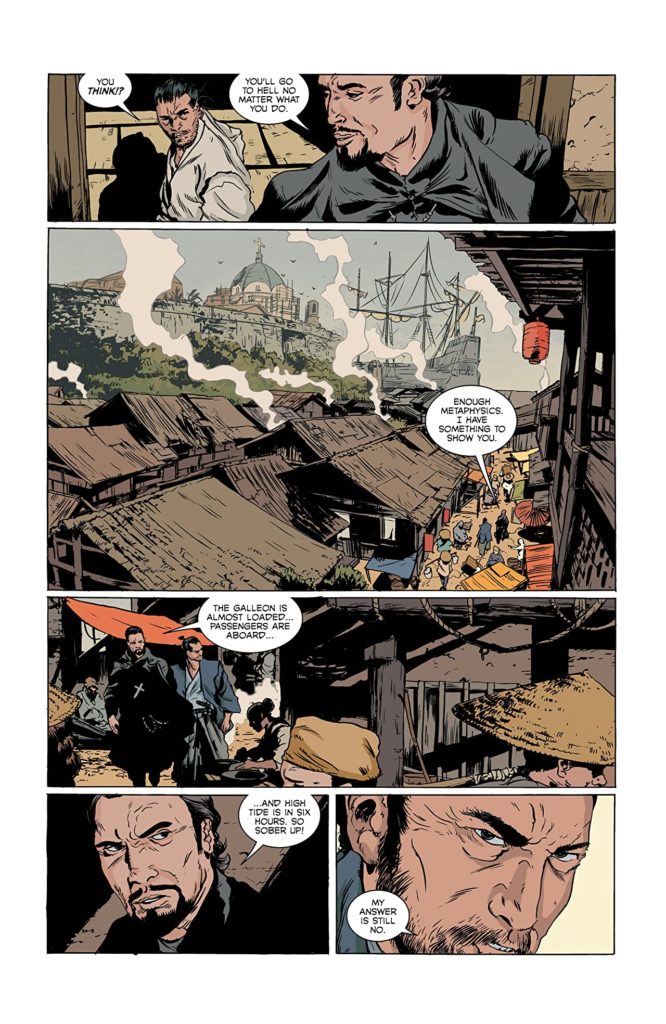 Giant-Size Master of Kung Fu (1974-1975). Another classic martial arts comics series. Shang-Chi’s training is put to the ultimate test as he attempts to confront his father Fu Manchu and survive the assassins the man has sent to kill him.

Kabuki. A young woman, code name ”Kabuki”, struggles with her identity in near-future Japan. Working as an operative for a clandestine government agency known as ”the Noh,” Kabuki neutralizes dangerous individuals before they become national-level threats.

But when the agency she works for, is compromised, Kabuki’s personal quest sends her down a difficult path to her own self-discovery, that may bring her in direct conflict with the powers she formerly served.

Ninjak. Then: Meet inexperienced MI-6 recruit Colin King on his first mission in the field as he learns the basics of spycraft and counterintelligence, and develops a volatile relationship with his first handler.

Now: Colin King is Ninjak, the world’s foremost intelligence operative, weapons expert, and master assassin. And he’s hunting the Shadow Seven – a secret cabal of shinobi masters with mysterious ties to his training and tragic past.

The Mask of Fudo. Set in the same feudal Japanese world of Legend of the Scarlet Blades and Izuna, comes an origin tale, full of the universe’s signature magic and blood.

Nobu Fudo has worn the pale, wooden mask since childhood, when he was still known as Shinnosuke. He was just a poor boy who dreamed of becoming a powerful samurai.

When his sister is attacked, his inner warrior awakens and his anger is unstoppable. But something else has also awakened. Something dark and terrible.

Featuring art from Ron (Thanos) Lim, Chris (Eberron: Eye of the Wolf) Lie, Chee (Second Wave), and more! Cover by Eisner Award-winning legend Dave Johnson. The illustration in this title is stunning and is one of our favorite ones in this sub-genre.

Teenage Mutant Ninja Turtles Vol. 1: Change is Constant. Of course…another great title based on the classic series although martial arts aspects of the stories are more implicit.

The very core of the Turtles family is at stake as the new origin of TMNT is revealed! It’s a different world for the Turtles… The group is broken as Raphael wanders the streets of NYC in search of food and shelter.

His brothers and Master Splinter are on the search, but so far all they can find is trouble-in the form of mutant alley cat Old Hob and his gang of criminals.

Mystery Tribune’s coverage of the latest and most notable comic books and graphic novels in crime, mystery, horror and thriller genre including our popular reading lists are available here.