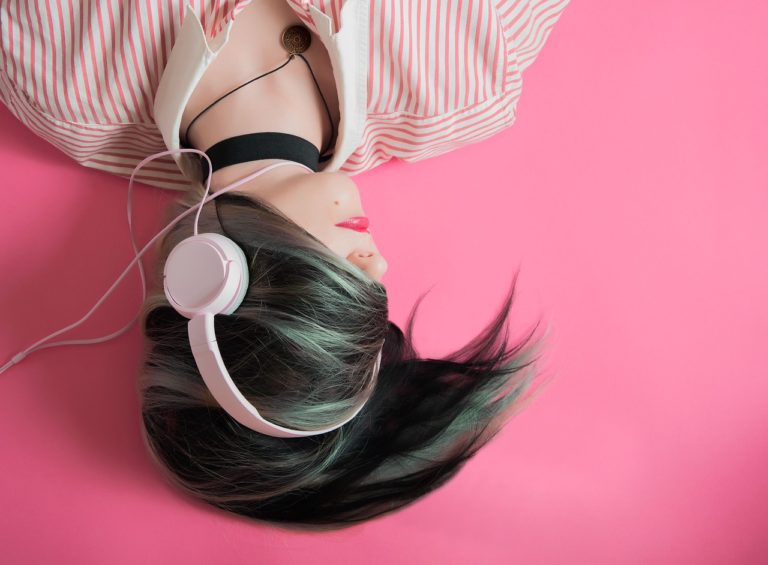 The Best Audiobooks nominated in the genre of mystery and thriller are out: The Audio Publishers Association (APA) has announced finalists for the 22nd annual Audie Awards® competition, the premier awards program in the United States recognizing distinction in audiobooks. Winners will be revealed at the Audie Awards Gala on June 1, 2017 in New York City.

Finalists are typically announced in 26 categories out of which 2 categories are assigned to mystery and thriller/suspense. The following represents the list of the 2017 Audie Award nominees in these categories:

Best Audiobooks In The Mystery Category

. Special Agent A.X.L. Pendergast comes across a seemingly straightforward private case that ends up much more complicated than he initially imagined.

Pendergast, together with his ward Constance Greene, travels to the quaint seaside village of Exmouth, Massachusetts, to investigate the theft of a priceless wine collection. But inside the wine cellar, they find something considerably more disturbing: a bricked-up niche that once held a crumbling skeleton.

Pendergast and Constance soon learn that Exmouth is a town with a very dark and troubled history, and this skeleton may be only the first hint of an ancient transgression, kept secret all these years. But they will discover that the sins of the past are still very much alive. Local legend holds that during the 1692 witch trials in Salem, the real witches escaped, fleeing north to Exmouth and settling deep in the surrounding salt marshes, where they continued to practice their wicked arts.

Then, a murdered corpse turns up in the marshes. The only clue is a series of mysterious carvings. Could these demonic symbols bear some relation to the ancient witches’ colony?

A terrible evil lurks beneath the surface of this sleepy seaside town-one with deep roots in Exmouth’s grim history. And it may be that Constance, with her own troubled past, is the only one who truly comprehends the awful danger that she, Pendergast, and the residents of Exmouth must face . . .

. Detective Harry Bosch has retired from the LAPD, but his half-brother, defense attorney Mickey Haller, needs his help. Someone has brutally murdered a woman in her bed and all evidence points to Haller’s client, a former gang member turned family man. Though the murder rap seems ironclad, Mickey is sure it’s a setup.

Though it goes against all his instincts, Bosch reluctantly takes the case. The prosecution’s file just has too many holes and he has to find out for himself: if Haller’s client didn’t do it, then who did? With the secret help of his former LAPD partner Lucy Soto, Harry starts digging. Soon his investigation leads him inside the police department, where he realizes that the killer he’s been tracking has also been tracking him.

. When an intricate old map is found stuffed into the walls of the bistro in Three Pines, it at first seems no more than a curiosity. But the closer the villagers look, the stranger it becomes.

Given to Armand Gamache as a gift the first day of his new job, the map eventually leads him to shattering secrets. To an old friend and older adversary. It leads the former Chief of Homicide for the Sûreté du Québec to places even he is afraid to go. But must.

And there he finds four young cadets in the Sûreté academy, and a dead professor. And, with the body, a copy of the old, odd map.

Everywhere Gamache turns, he sees Amelia Choquet, one of the cadets. Tattooed and pierced. Guarded and angry. Amelia is more likely on the other side of a police line-up. And yet she is in the academy. A protégée of the murdered professor.

The focus of the investigation soon turns to Gamache himself and his mysterious relationship with Amelia, and his possible involvement in the crime. The frantic search for answers takes the investigators back to Three Pines and a stained glass window with its own horrific secrets.

For both Amelia Choquet and Armand Gamache, the time has come for a great reckoning.

The Heavens May Fall

. Detective Max Rupert and attorney Boady Sanden’s friendship is at the breaking point. Max believes that Jennavieve Pruitt’s husband Ben killed her. Boady on the other hand believes that Ben, his client, is innocent. As the case unfolds, the two confront their own personal demons.

Max is still struggling with the death of his wife four years earlier, and the Pruitt case stirs up old memories. Boady hasn’t taken on a defense case since the death of an innocent client, a man Boady believes he could have saved but he didn’t. Now he is back in court, with student Lila Nash at his side, and he wants to redeem himself for having failed in the past.

. East Long Beach. The LAPD is barely keeping up with the neighborhood’s high crime rate. Murders go unsolved, lost children unrecovered. But someone from the neighborhood has taken it upon himself to help solve the cases the police can’t or won’t touch.

They call him IQ. He’s a loner and a high school dropout, his unassuming nature disguising a relentless determination and a fierce intelligence. He charges his clients whatever they can afford, which might be a set of tires or a homemade casserole. To get by, he starts to take on clients that can pay.

This time, it’s a rap mogul whose life is in danger. As Isaiah investigates, he encounters a vengeful ex-wife, a crew of notorious cutthroats, a monstrous attack dog, and a hit man who even other hit men say is a lunatic. The deeper Isaiah digs, the more far reaching and dangerous the case becomes.

. Alex Cross left his hometown, and some awful family tragedies, for a better life with Nana Mama in Washington, DC. He hasn’t looked back.

Police has accused his cousin Stefan of a horrible, unthinkable murder. So Cross drives south with Bree, Nana Mama, Jannie, and Ali to Starksville, North Carolina, for the first time in thirty-five years. Back home, he discovers a once proud community down on its luck, and local residents who don’t welcome him with open arms. As Cross steps into his family home, the horrors of his childhood flood back–and he learns that they’re not really over. He brings all his skill to finding out the truth about his cousin’s case. But truth is hard to come by in a town where no one feels safe to speak.

Chasing his ghosts takes Cross all the way down to the sugarcane fields of Florida, where he comes across a new case: at a string of socialite murders with ever more grisly settings. He’s chasing too many loose ends–a brutal killer, the truth about his own past, and justice for his cousin–and any one of the answers might be fatal.

The Fall of Moscow Station

. The body with Russian military tattoos is found floating in a lake outside Berlin. CIA immediately takes notice because it to the director of Russia’s Foundation for Advanced Nuclear Research. This matters because he was also a CIA asset. And the murder coincides with the defection of one of the CIA’s upper-level officers.

CIA starts cleaning up the messes of incompetent political appointees in dangerous foreign posts. They decide to pass Alden Maines over for promotion, but he crosses the Rubicon and decides to cash in as a double agent for Russia.

But while Maines dreams of off-shore bank accounts and a new secret life, Arkady Lavrov of Russia’s intelligence service (GRU) has other plans. He immediately announces Maines’s defection to the world and then pumps him for every last ounce of intel. This includes the names of every agent in the CIA’s Moscow Station and their assets working in the Kremlin. But why would Lavrov burn an asset whose intel and access could pay dividends for years to come? What is Lavrov up to?

Traveling from Langley to Berlin and finally Moscow—working black without backup—analyst Jonathan Burke and agent Kyra Stryker are up against their most formidable enemy yet, and their lives and the fate of America’s most important assets in the New Cold War hang in the balance.

. Joe Goldberg is no stranger to hiding bodies. In the past ten years, this thirty-something has buried four of them, collateral damage in his quest for love. Now he’s heading west to Los Angeles, the city of second chances, determined to put his past behind him.

In Hollywood, Joe blends in effortlessly with the other young upstarts. He eats guac, works in a bookstore, and flirts with a journalist neighbor. But while others seem fixated on their own reflections, Joe can’t stop looking over his shoulder. The problem with hidden bodies is that they don’t always stay that way. They re-emerge, like dark thoughts, multiplying and threatening to destroy what Joe wants most: true love. And when he finds it in a darkened room in Soho House, he’s more desperate than ever to keep his secrets buried. He doesn’t want to hurt his new girlfriend—he wants to be with her forever. But if she ever finds out what he’s done, he may not have a choice…

. A decade ago, kidnappers grabbed two boys from wealthy families and demanded ransom, then went silent. No trace of the boys ever surfaced. For ten years their families have been dealing with painful memories and a quiet desperation for the day that has finally arrived: Myron Bolitar and his friend Win believe they have located one of the boys, now a teenager.

Where was he in the last ten years? What does he know about the day, more than half a life ago, when he was taken? And most critically: What can he tell Myron and Win about the fate of his missing friend?

. A decade ago, fourteen-year-old Suzanne Lombard, the daughter of Benjamin Lombard went missing. He was then a senator, and now a powerful vice president running for the presidency. She disappeared in the most sensational missing-person case in the nation’s history. Still unsolved, the mystery remains a national obsession.

For legendary hacker and marine Gibson Vaughn, the case is personal—Suzanne Lombard had been like a sister to him. On the tenth anniversary of her disappearance, the former head of Benjamin Lombard’s security asks for Gibson’s help. He wants Gibson to collaborate in a covert investigation of the case, with new evidence in hand.

Haunted by tragic memories, he jumps at the chance to uncover what happened all those years ago. Using his military and technical prowess, he soon discovers multiple conspiracies which are surrounding the Lombard family. He also encounters powerful, ruthless political players who will do anything to silence him and his team. With new information that could threaten Lombard’s bid for the presidency, Gibson must stay one step ahead. He should now navigate a dangerous web to get to the truth.