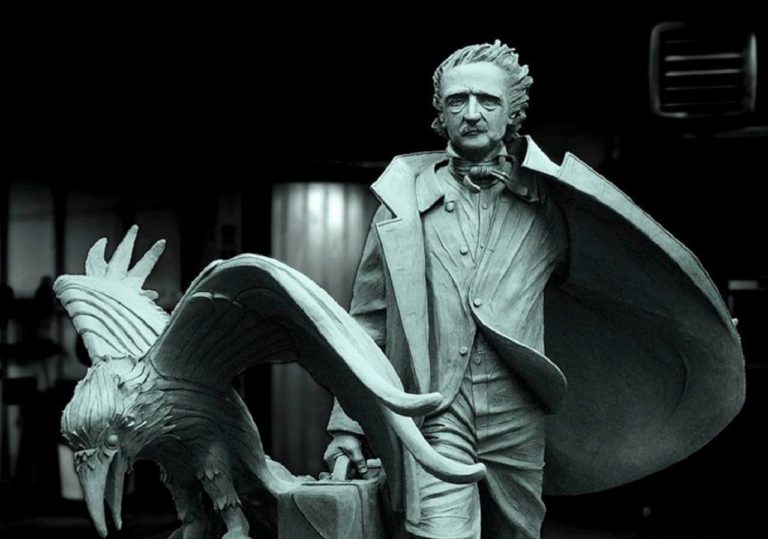 Last night, we had the pleasure of meeting Edgar Award winners and nominees for 2017 in the annual event organized by Mystery Writers of America. It was a truly unforgettable experience with some of the biggest names in crime fiction and mystery genre under one roof.

Announcing Edgar Allan Poe Awards was the highlight of the night which is dedicated to honoring the best in mystery fiction, non-fiction and television published or produced in 2016. The Edgar® Awards were presented to the winners at MWA’s 71st Gala Banquet, April 27, 2017 at the Grand Hyatt Hotel, New York City.

Who were the winners?

In case you are wondering which individuals could make it to the top and get the Edgar or Raven trophy, here is the complete list of the winners for you.

On a foggy summer night, eleven people–ten privileged, one down-on-his-luck painter–depart Martha’s Vineyard on a private jet headed for New York. Sixteen minutes later, the unthinkable happens: the plane plunges into the ocean. The only survivors are Scott Burroughs–the painter–and a four-year-old boy, who is now the last remaining member of an immensely wealthy and powerful media mogul’s family.

With chapters weaving between the aftermath of the crash and the backstories of the passengers and crew members–including a Wall Street titan and his wife, a Texan-born party boy just in from London, a young woman questioning her path in life, and a career pilot–the mystery surrounding the tragedy heightens. As the passengers’ intrigues unravel, odd coincidences point to a conspiracy. Was it merely by dumb chance that so many influential people perished? Or was something far more sinister at work? Events soon threaten to spiral out of control in an escalating storm of media outrage and accusations. And while Scott struggles to cope with fame that borders on notoriety, the authorities scramble to salvage the truth from the wreckage.

When Nora takes the train from London to visit her sister in the countryside, she expects to find her waiting at the station, or at home cooking dinner. But when she walks into Rachel’s familiar house, what she finds is entirely different: her sister has been the victim of a brutal murder.

Stunned and adrift, Nora finds she can’t return to her former life. An unsolved assault in the past has shaken her faith in the police, and she can’t trust them to find her sister’s killer. Haunted by the murder and the secrets that surround it, Nora is under the harrow: distressed and in danger. As Nora’s fear turns to obsession, she becomes as unrecognizable as the sister her investigation uncovers.

What detective gets two locked-room mysteries in one career?

When journalist Lily Bigelow is found dead in the courtyard of Carrickfergus castle, it looks like a suicide. Yet there are just a few things that bother Detective Inspector Sean Duffy enough to keep the case file open. Which is how he finds out that she was working on a devastating investigation of corruption and abuse at the highest levels of power in the UK and beyond.

And so Duffy has two impossible problems on his desk: Who killed Lily Bigelow? And what were they trying to hide?

In the summer of 1895, Robert Coombes (age 13) and his brother Nattie (age 12) were seen spending lavishly around the docklands of East London — for ten days in July, they ate out at coffee houses and took trips to the seaside and the theater. The boys told neighbors they had been left home alone while their mother visited family in Liverpool, but their aunt was suspicious. When she eventually forced the brothers to open the house to her, she found the badly decomposed body of their mother in a bedroom upstairs. Robert and Nattie were arrested for matricide and sent for trial at the Old Bailey.

Robert confessed to having stabbed his mother, but his lawyers argued that he was insane. Nattie struck a plea and gave evidence against his brother. The court heard testimony about Robert’s severe headaches, his fascination with violent criminals and his passion for ‘penny dreadfuls’, the pulp fiction of the day. He seemed to feel no remorse for what he had done, and neither the prosecution nor the defense could find a motive for the murder. The judge sentenced the thirteen-year-old to detention in Broadmoor, the most infamous criminal lunatic asylum in the land. Yet Broadmoor turned out to be the beginning of a new life for Robert–one that would have profoundly shocked anyone who thought they understood the Wicked Boy.

At a time of great tumult and uncertainty, Robert Coombes’s case crystallized contemporary anxieties about the education of the working classes, the dangers of pulp fiction, and evolving theories of criminality, childhood, and insanity. With riveting detail and rich atmosphere, Kate Summerscale recreates this terrible crime and its aftermath, uncovering an extraordinary story of man’s capacity to overcome the past.

Still known to millions primarily as the author of the “The Lottery,” Shirley Jackson (1916–1965) has been curiously absent from the mainstream American literary canon. A genius of literary suspense and psychological horror, Jackson plumbed the cultural anxiety of postwar America more deeply than anyone. Now, biographer Ruth Franklin reveals the tumultuous life and inner darkness of the author of such classics as The Haunting of Hill House and We Have Always Lived in the Castle.

Placing Jackson within an American Gothic tradition that stretches back to Hawthorne and Poe, Franklin demonstrates how her unique contribution to this genre came from her focus on “domestic horror.” Almost two decades before The Feminine Mystique ignited the women’s movement, Jackson’ stories and nonfiction chronicles were already exploring the exploitation and the desperate isolation of women, particularly married women, in American society. Franklin’s portrait of Jackson gives us “a way of reading Jackson and her work that threads her into the weave of the world of words, as a writer and as a woman, rather than excludes her as an anomaly” (Neil Gaiman).

The increasingly prescient Jackson emerges as a ferociously talented, determined, and prodigiously creative writer in a time when it was unusual for a woman to have both a family and a profession. A mother of four and the wife of the prominent New Yorker critic and academic Stanley Edgar Hyman, Jackson lived a seemingly bucolic life in the New England town of North Bennington, Vermont. Yet, much like her stories, which channeled the occult while exploring the claustrophobia of marriage and motherhood, Jackson’s creative ascent was haunted by a darker side. As her career progressed, her marriage became more tenuous, her anxiety mounted, and she became addicted to amphetamines and tranquilizers. In sobering detail, Franklin insightfully examines the effects of Jackson’s California upbringing, in the shadow of a hypercritical mother, on her relationship with her husband, juxtaposing Hyman’s infidelities, domineering behavior, and professional jealousy with his unerring admiration for Jackson’s fiction, which he was convinced was among the most brilliant he had ever encountered.

This short story is part of a new anthology which is a truly unprecedented literary achievement by author and editor Lawrence Block. It includes seventeen superbly-crafted stories inspired by the paintings of Edward Hopper, including Jeffery Deaver, Joyce Carol Oates, Stephen King, Lee Child, and Robert Olen Butler, among many others.

“Edward Hopper is surely the greatest American narrative painter. His work bears special resonance for writers and readers, and yet his paintings never tell a story so much as they invite viewers to find for themselves the untold stories within.”

So says Lawrence Block, who has invited seventeen outstanding writers to join him in an unprecedented anthology of brand-new stories: In Sunlight or In Shadow. The results are remarkable and range across all genres, wedding literary excellence to storytelling savvy.

From the author of Incredible Space Raiders from Space! comes a brand-new coming-of-age story about a boy whose life revolves around hiding his obsessive compulsive disorder—until he gets a mysterious note that changes everything.

Daniel is the back-up punter for the Erie Hills Elephants. Which really means he’s the water boy. He spends football practice perfectly arranging water cups—and hoping no one notices. Actually, he spends most of his time hoping no one notices his strange habits—he calls them Zaps: avoiding writing the number four, for example, or flipping a light switch on and off dozens of times over. He hopes no one notices that he’s crazy, especially his best friend Max, and Raya, the prettiest girl in school. His life gets weirder when another girl at school, who is unkindly nicknamed Psycho Sara, notices him for the first time. She doesn’t just notice him: she seems to peer through him.

Then Daniel gets a note: “I need your help,” it says, signed, Fellow Star Child—whatever that means. And suddenly Daniel, a total no one at school, is swept up in a mystery that might change everything for him.

Amsterdam, 1943. Hanneke spends her days procuring and delivering sought-after black market goods to paying customers, her nights hiding the true nature of her work from her concerned parents, and every waking moment mourning her boyfriend, who was killed on the Dutch front lines when the Germans invaded. She likes to think of her illegal work as a small act of rebellion.

On a routine delivery, a client asks Hanneke for help. Expecting to hear that Mrs. Janssen wants meat or kerosene, Hanneke is shocked by the older woman’s frantic plea to find a person–a Jewish teenager Mrs. Janssen had been hiding, who has vanished without a trace from a secret room. Hanneke initially wants nothing to do with such dangerous work, but is ultimately drawn into a web of mysteries and stunning revelations that lead her into the heart of the resistance, open her eyes to the horrors of the Nazi war machine, and compel her to take desperate action.

Note: For a complete list of Edgar Award nominees for 2017, please see here. 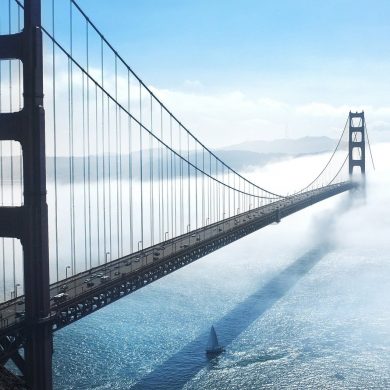