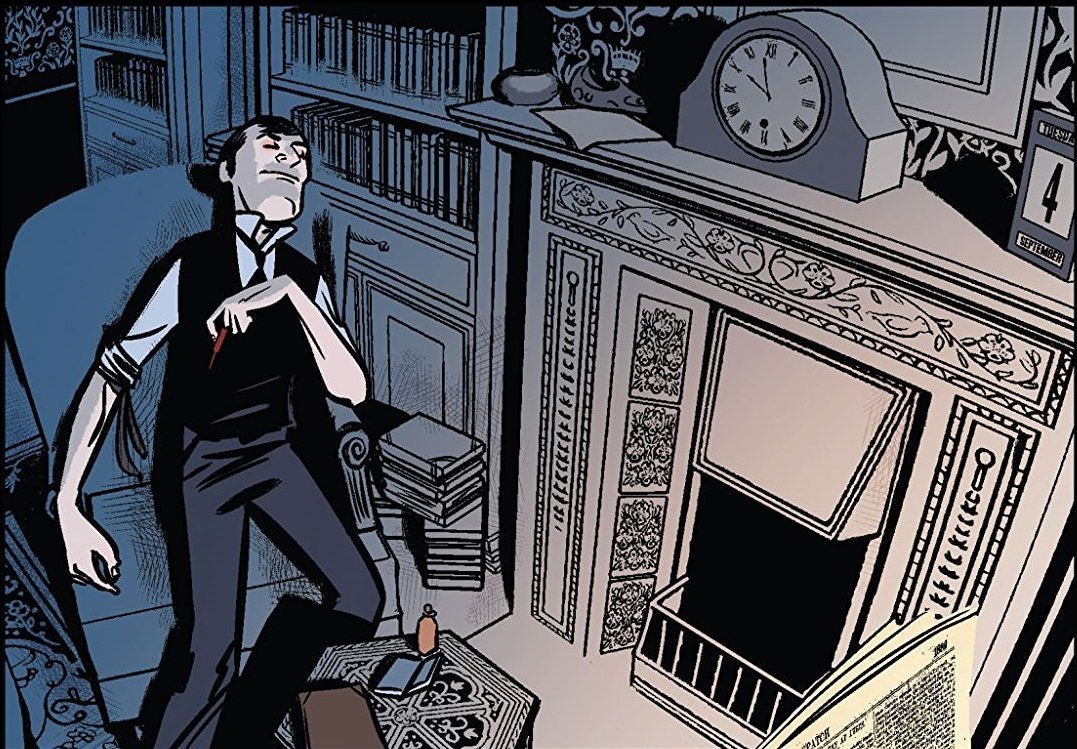 Reading Sherlock Holmes adventures in graphic novel format is one of the new hobbies of our team at Mystery Tribune. With so many high quality adaptions and spin-offs, there is so much to read.

Below you’ll find our attempt to delineate the tip of the iceberg: 18 of the most exciting, adventurous, gorgeous, movingly written anthologies, limited series, and stand-alone stories ever drawn based on Sherlock character. Get ready for an amazing set of books which will enrich your reading list for years to come:

Sherlock Frankenstein: From the World of Black Hammer Vol. 1

All answers seem to lie in Spiral City’s infamous insane asylum where some of its dangerous super-villain tenants reside. As she gets closer and closer to the truth she uncovers the dark origin stories of some of Black Hammer’s greatest foes and how they tie into the puzzle of what happened to Spiral City’s greatest hero. Collects issues 1-4 of the Sherlock Frankenstein series.

In Sherlock Holmes: Year One Vol. 1, Sir Arthur Conan Doyle’s dauntless detective returns in an all-new series of adventures exploring the sleuth’s untold origins! Join Dr. John Watson as he meets young Sherlock Holmes in a fateful encounter that will forever shape both men’s destinies! Mysteries and murders most foul abound as we discover clues that reveal just how Holmes became the world’s most famous detective.

The world’s most famous detective meets the world’s most famous magician in Sherlock Holmes vs. Harry Houdini. Famed sleuth Sherlock Holmes and brash showman Harry Houdini must combine forces to defeat a mysterious mystic dedicated to destroying Houdini’s career and killing anyone who gets in his way. Written by Anthony Del Col and Conor McCreery, the Harvey Award-nominated creators of Kill Shakespeare!

In Sherlock Holmes: The Vanishing Man, Michael Williams is a family man. A reliable man at both work and home. When he disappears, there are no clues left behind. Now, it is up to Sherlock Holmes and Dr. Watson to find out what happened to him and what danger may be lurking around every corner, in the case of The Vanishing Man!

The best-selling Sherlock Holmes novel by writer/director Nicholas Meyer comes to comics! The real story behind Sherlock Holmes’ final confrontation with Professor Moriarty is at long last revealed! Who is the real Moriarty? Why did Holmes disappear for so long? The game is afoot in Sherlock Holmes: The Seven-Per-Cent Solution.

A meeting that just had to happen! Sherlock Holmes meets the Phantom of the Opera! Dr. Watson, after the recent death of his first wife, is asked to call in Holmes to investigate a mysterious “ghost” who haunts a French opera house. Although Holmes dismisses it as a case needing a spiritualist rather than a consulting detective, he agrees to look into it.

Unknown to him, Eric, the tortured ghost of the Opera House will prove to be more than a ghost and more than an able opponent in a battle of wits with Holmes. Sherlock Holmes: Adventure of the Opera Ghost collects issues 1-2.

Holmes and Watson are introduced to an impossible crime; a killing by a mythological creature; the dreaded Chimera, part lion, part scorpion, part goat! But even if the death is some sort of sick hoax, it still means a hideous murder has taken place, which Holmes must solve. However dark forces swirl about the case, and an unsuspecting Holmes, besieged by doubts, has yet to contend directly with the most dramatic of those forces: Professor James Moriarty!

A must for any Sherlock Holmes fan’s library collection. Released on newsstands in Australia, this will be the first time it is available outside of the country. Described by writer Christopher Sequeira as “Hammer Horror meets Holmes”, the series has received numerous accolades from many Holmesian followers. Sherlock Holmes Dark Detective collects issues 1-4.

His name was Professor James Moriarty, known to many as “The Napoleon of Crime” and the master of a vast association of thieves, extortionists, smugglers, fences, and ladies of questionable virtue. And, over Reichenbach Falls in 1891, he fell to his doom alongside his arch rival, the glory-seeking detective Sherlock Holmes… or did he? 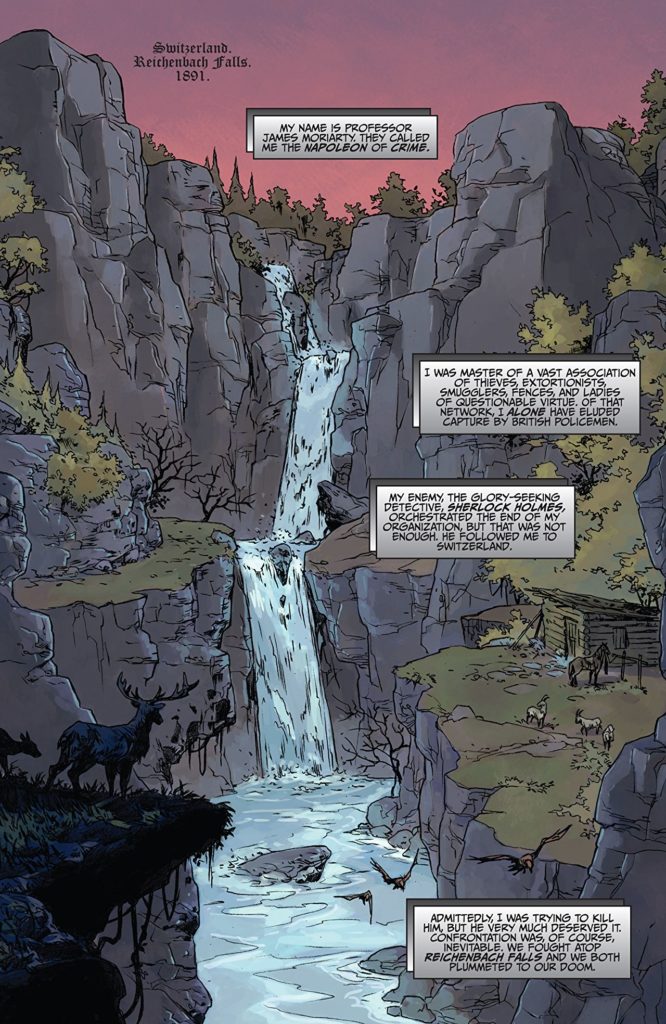 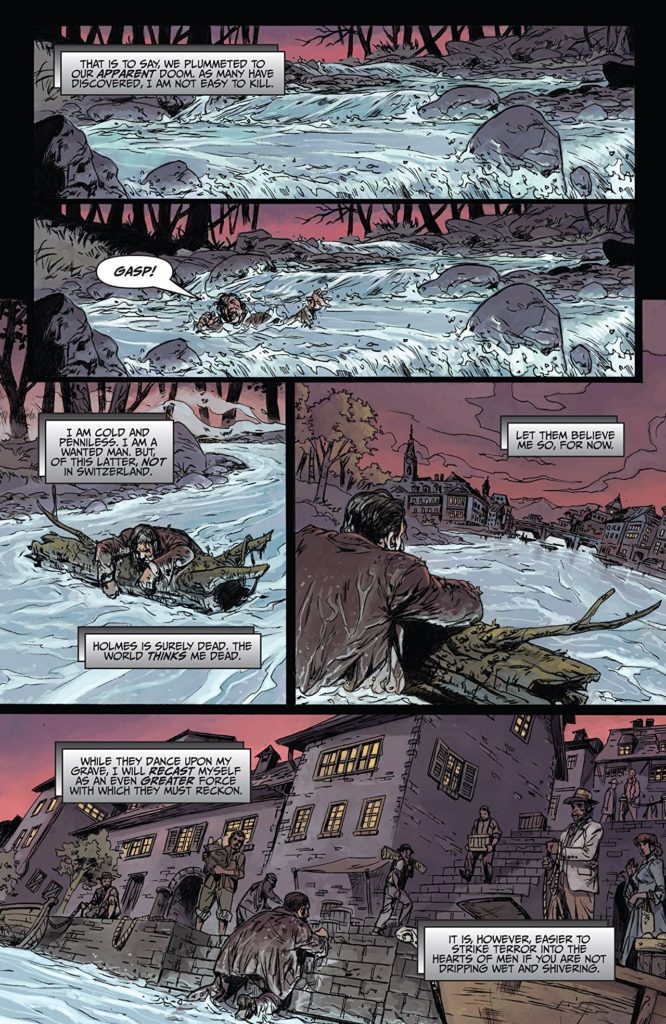 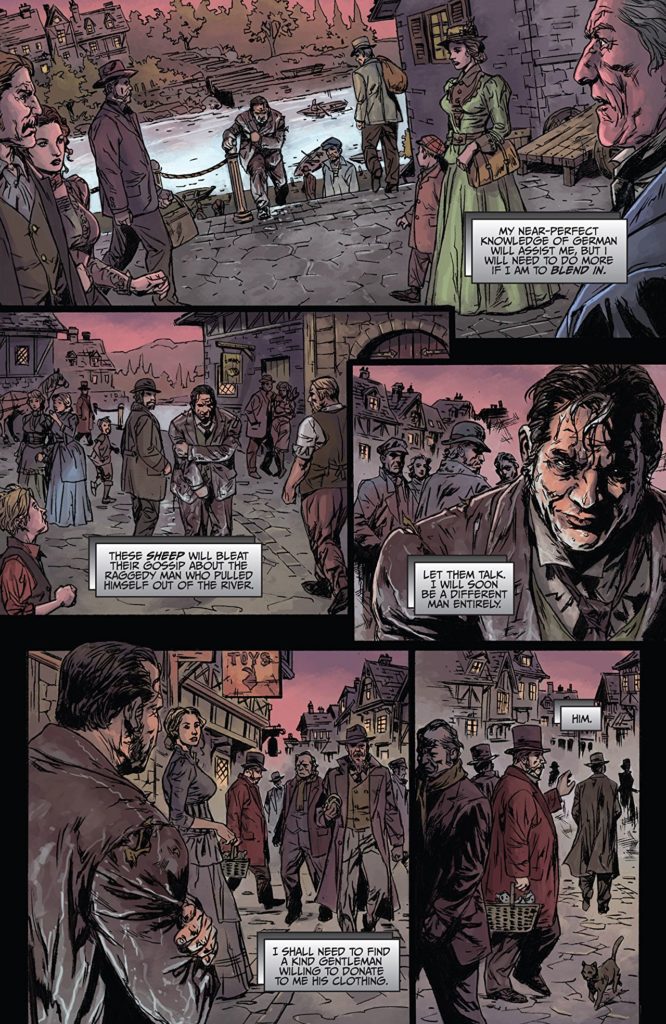 Washed ashore in a strange town in Switzerland, Moriarty is alone, penniless, and lacking his network of thieves. Will his cunning and guile be enough against Baron von Hohenheim, a foe whose ruthlessness rivals his own? Driven by a solemn promise to a dead woman, Moriarty begins a clever campaign of murderous revenge. It’s one of the most notorious villains of all time as you’ve never seen him! Sherlock Holmes Vol. 3: Moriarty Lives is one of our favorite series.

A budding reporter attempts to uncover the disappearance of Holmes in his retirement years, only to find that Holmes has a new passion and it deals with corpses. As a bonus, included with Sherlock Holmes: The Retired Detective is “The AMAZEing Mr. Holmes” short story as Holmes is put to the test to see if he can solve a challenging maze.

All about London and the surrounding lands, dastardly/desperate men misuse and abuse the 19th century’s steam-powered technology to deceive, defraud, or even dispatch their fellow Britons. The dashing detective of 221B Baker Street and his stalwart companion must fire up their gears, physical and mental, to outwit the villains and save the day!

Sherlock Holmes: Murder at the Cabaret

Murder at a famed cabaret! Sherlock Holmes and Watson are called in to investigate a double murder at a cabaret in Paris…a crime that has to kept silent. But Inspector Bodine claims the murder and motive are obvious and Mr. Holmes’ help is not needed. Holmes demonstrates that not everything is as it first appears.

With guest characters such as Oscar Wilde and Toulouse L’Autrec, the mystery weaves a tapestry of greed, betrayal and forbidden love. Written by Gary Reed (Deadworld/Saint Germaine/Renfield). Also included in Sherlock Holmes: Murder at the Cabaret are several short stories plus a story from writer/artist Guy Davis (B.P.R.D/The Goon).

A Sherlock Holmes Graphic Novel Vol. 1: A Study in Scarlet

“There’s the scarlet thread of murder… and our duty is to unravel it!”  A man’s body is found in a bloodstained room – without a scratch on it. A name has been partly written in blood on the wall. A woman’s wedding ring is found…   The sensational story Sherlock Holmes traces, from a dingy London tenement to the plains of the American Wild West, provides a test case in his ‘science of deduction’ – but the greatest enigma to his new friend, Dr. Watson, is Sherlock Holmes himself.

This atmospheric graphic novel adaptation by Ian Edginton and I.N.J. Culbard – the team behind this series’ acclaimed  The Hound of the Baskervilles,  The Sign of the Four and  The Valley of Fear – will keep you guessing.

Join the teenage Holmes and his friends in a desperate race to unravel the mystery of the London Vampire before more blood is spilt on the dark, dingy and dangerous streets of Victorian London. Murder, mystery and menace follow hot on the heels of the boy who is destined to become the world’s most astonishing detective. Who is the masked figure that stalks the streets in search of blood?

What secret does he hold that will forever change the life of Holmes and his closest friend? Why does “the Agency” want Holmes to join them? Answers and more mysteries await you in The Young Sherlock Holmes Adventures.

Sherlock Vol. 1: A Study In Pink 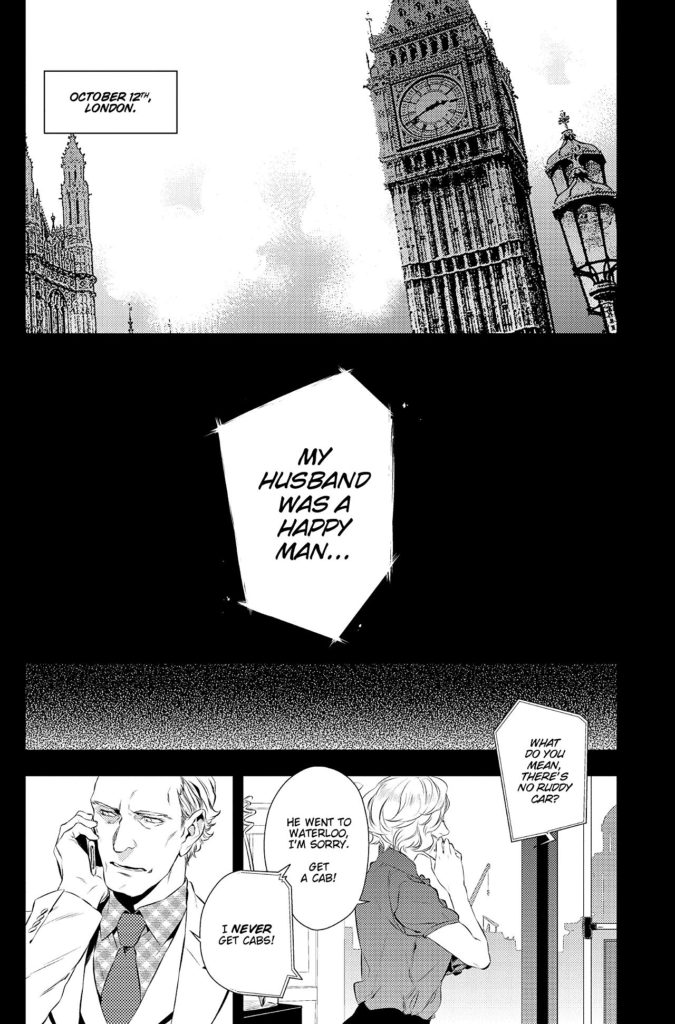 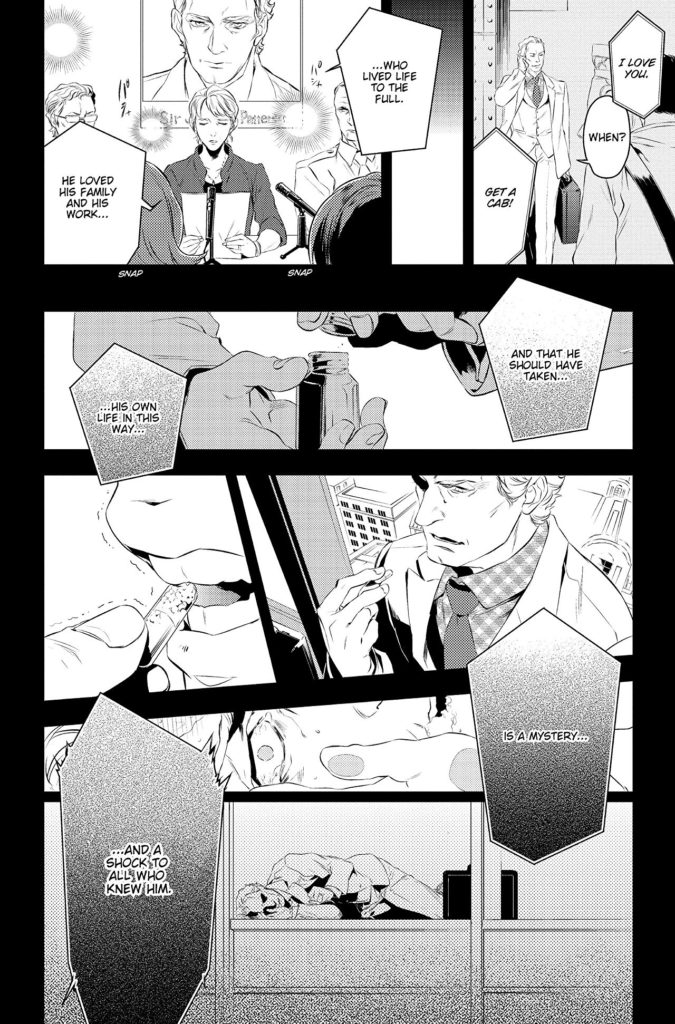 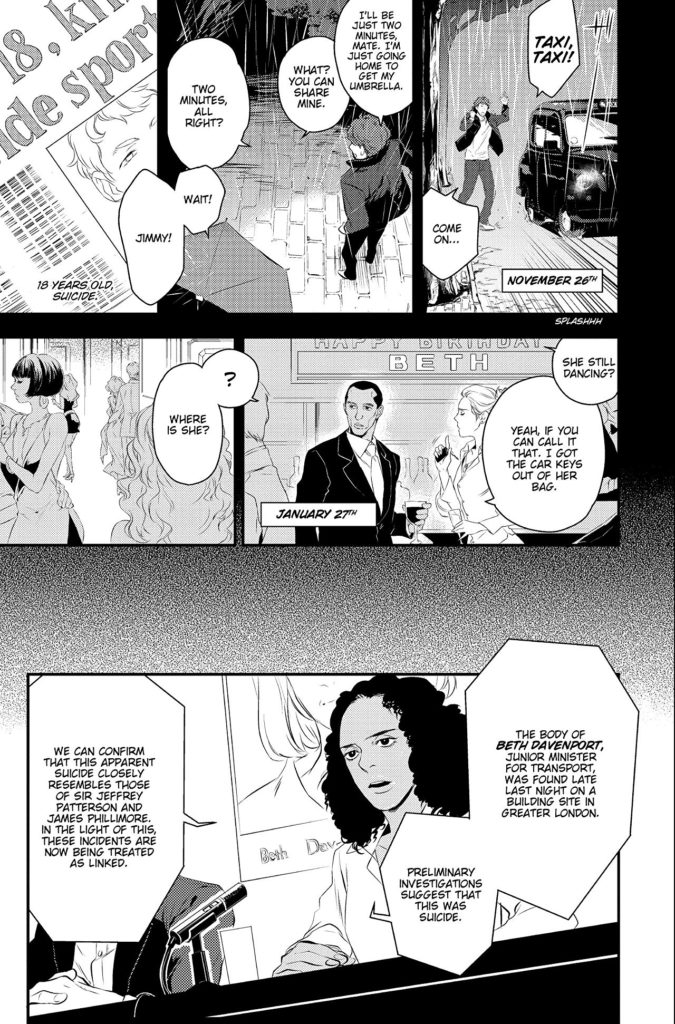 Holmes and Watson tackle brain-teasing crimes in modern-day London in this stunning Manga, presented in its original right-to-left reading order, and in the full chapters as originally serialized! Meet Holmes and Watson for the first time… all over again! Collects Sherlock: A Study In Pink (2016) #1-#6.

Sherlock: The Great Game Vol. 3 is the Manga adaptation of the third Sherlock BBC episode – printed in English in the US for the first time!

A mystery enemy is causing utter chaos for Holmes and Watson. The villain creates a series of clues for the duo to solve – and if they don’t solve them, an innocent victim will die. Can Holmes and Watson solve the mysteries – and can they avoid becoming victims themselves?

Sherlock Holmes confronts the split persona of Dr. Jekyll and Mr. Hyde! Holmes and Watson seek to uncover the terrible secret that is plaguing their good friend, the esteemed Dr. Jekyll. When word gets out that the doctor is allowing the deranged Mr. Hyde free access to his wealth, Holmes realizes that something, no matter how improbable, is wrong. But is the value of a friendship worth more than life itself? Holmes must make that decision. Sherlock Holmes: Dr. Jekyll & Mr. Holmes collects issues 1-2.

A Sherlock Holmes Graphic Novel Vol. 4: The Valley of Fear

“I have been in the Valley of Fear… I am not out of it yet.”  “There – is – danger!” The warning message decrypted by Sherlock Holmes arrives too late to save John Douglas of Birlstone Manor, Sussex, an American gentleman gruesomely murdered in his study by person or persons unknown.

But who was John Douglas, why wasn’t he wearing his wedding ring and what is the crucial significance of the missing dumb-bell?  The Valley of Fear is an atmospheric graphic novel adaptation by Ian Edginton and I.N.J. Culbard – the team behind this series’ acclaimed  A Study in Scarlet,  The Hound of the Baskervilles and  The Sign of the Four – will keep you guessing.