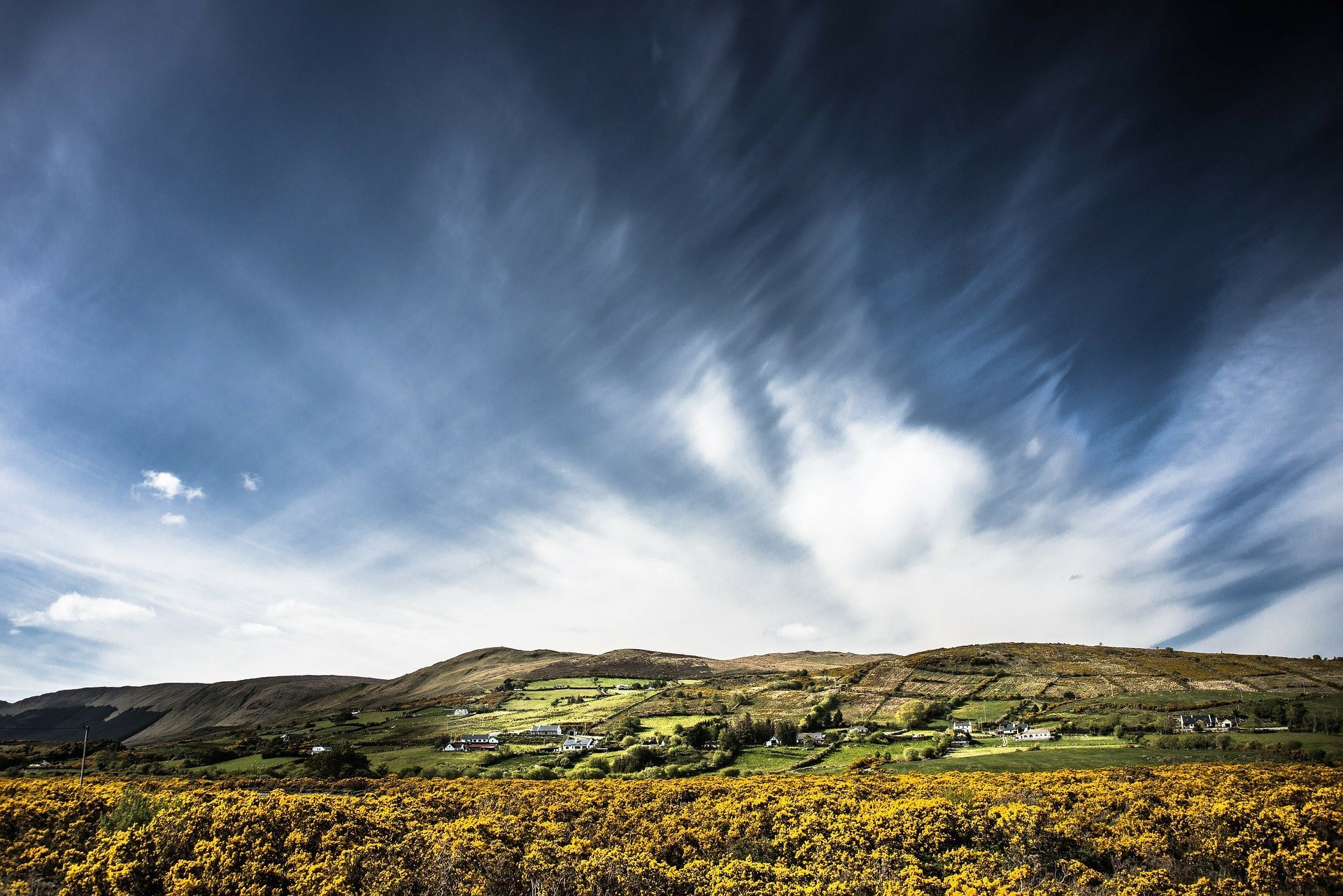 We know some of the best current Irish crime and mystery writers intimately as many of them have been great supporters of ours from the beginning, when we started: Around 5 years ago, for example, William Ryan and Declan Burke had a wonderful conversation hosted by Mystery Tribune (read more here). Irish crime fiction titles have also always been among our favorite picks (see Top 10 Great Irish Crime Novels: Our Picks)

So, what follows is a compiled list of authors who we have read and enjoyed tremendously throughout all these years:

John Connolly is an Irish writer who is best known for his series of novels starring private detective Charlie Parker.

He graduated with a BA in English from Trinity College, Dublin, and an M.A. in journalism from Dublin City University. Before becoming a full-time novelist, he worked as a journalist, a barman, a local government official, a waiter and a gofer at Harrods department store in London.

After five years as a freelance journalist for The Irish Times newspaper, he became frustrated with the profession, and began to write his first novel, Every Dead Thing

, in his spare time. (He continues to contribute articles to the paper, most frequently interviews with other established authors.)

Every Dead Thing introduced readers to the anti-hero Charlie Parker, a former police officer hunting the killer of his wife and daughter. It was nominated for the Bram Stoker Award for Best First Novel and went on to win the 2000 Shamus Award for Best First Private Eye Novel. (Connolly is the first author outside of the US to have won the award.)

Declan Burke is the award-winning author of Eightball Boogie (2003), The Big O

(2014). He is also the editor of Down These Green Streets: Irish Crime Writing In The 21st Century, and is the co-editor, with John Connolly, of Books To Die For (2012). Absolute Zero Cool won the Goldsboro ‘Last Laugh’ Award at Crimefest. Declan hosts a website dedicated to Irish crime fiction called Crime Always Pays.

Tana French (born 1973) is an American-Irish writer and theatrical actress born in Vermont. Her debut novel In the Woods

(2007), a psychological mystery, won the Edgar, Anthony, Macavity, and Barry awards for best first novel. She lives in Dublin. The British online newspaper, The Independent, has referred to her as the First Lady of Irish Crime, “who very quietly has become a huge international name among crime fiction readers.”

Declan Hughes (born 1963) is an Irish novelist, playwright and screenwriter. He has been Writer-in-Association with the Abbey Theatre in Dublin and Irish Writer Fellow at Trinity College, Dublin. He has written a series of crime novels featuring the Irish-American detective Ed Loy. The name “Loy” is a homage to the character Sam Spade from The Maltese Falcon: a loy is a traditional Irish spade.

Jane Casey is an Irish-born author of crime novels. She was born in Dublin in 1977 and grew up in Castleknock, 5 miles west of the center of Dublin. She studied English at Jesus College, Oxford.

Her first book, The Missing, was published by Ebury Press in February 2010. It was shortlisted for the Ireland AM Crime Fiction Award. She then began a series of novels featuring DC (Detective Constable) Maeve Kerrigan: The Burning

, The Stranger You Know

(which was shortlisted for the Ireland AM Crime Fiction Award 2014). She has also begun a series of novels for young adults, featuring her character Jess Tennant: How to Fall, Bet Your Life and Hide and Seek.

Ken Bruen (born 1951) is an Irish writer of hard-boiled and noir crime fiction. Born in Galway, he was educated at Gormanston College, County Meath and later at Trinity College Dublin, where he earned a PhD in metaphysics. He spent twenty-five years as an English teacher in Africa, Japan, S.E. Asia and South America. His travels have been hazardous at times, including a stint in a Brazilian jail.

Bruen’s works include the well-received White Trilogy and The Guards. In 2006, Hard Case Crime released Bust

, a collaboration between Bruen and New York crime author Jason Starr. Bruen’s short story “Words Are Cheap” (2006) appears in the first issue of Murdaland. He has also edited an anthology of stories set in Dublin, Dublin Noir

Jack Taylor’s informant named China, is a nod of the head by Ken Bruen to author Alan Hunter’s original informant character named China, in the George Gently series of novels; first published in 1955. Bruen is also the recipient of the first David Loeb Goodis Award (2008) for his dedication to his art. Other works of note include The Killing of the Tinkers, The Magdalen Martyrs, The Dramatist and Priest, all part of his Jack Taylor series, which began with The Guards.”

Set in Galway, the acclaimed series relates the adventures and misadventures of a disgraced former police officer working as a haphazard private investigator whose life has been marred by alcoholism and drug abuse. It chronicles the social change in Ireland in Bruen’s own lifetime, paying particular attention to the decline of the Catholic Church as a social and political power.

Themes also explored include Ireland’s economic prosperity from the mid-1990s onwards, although it is often portrayed as a force which has left Ireland as a materialistic and spiritually drained society which still harbours deep social inequality. This is the side of the Celtic Tiger best portrayed in Bruen’s Ireland-based novels. Immigration is also a theme to be found in these works.

Adrian McKinty is a British crime novelist and critic born in Northern Ireland. His debut crime novel, Dead I Well May Be

, was published in 2003, and was the first in the Michael Forsythe Trilogy; since then he has published more than a dozen additional novels. He is the author of The Lighthouse Trilogy and the Sean Duffy Series.

He is a winner of the Edgar Award, the Ned Kelly Award, the Barry Award, the Audie Award, the Anthony Award and has been shortlisted for the CWA Ian Fleming Steel Dagger, the Theakston Old Peculier Crime Novel of the Year Award and the Grand Prix de Littérature Policière.

William Ryan is the Irish author of five novels, including the Captain Korolev series set in 1930s Moscow. They have been shortlisted for numerous awards, including the Irish Fiction Award, the Theakstons Crime Novel of the Year, the Endeavour Historical Gold Crown and the Crime Writer Association’s Steel, Historical and New Blood Daggers.

One of his latest works, A House of Ghosts

, set in 1917, has been described as ‘an atmospheric, hugely entertaining mystery that offers all the pleasures of a classic ghost story – with an appealing dash of romance’.

Stuart Neville is a Northern Irish author best known for his novel The Twelve or, as it is known in the United States, The Ghosts of Belfast. He was born and grew up in Armagh, Northern Ireland.

The Ghosts of Belfast

, the American edition of The Twelve, won the Mystery/Thriller category of the Los Angeles Times Book Prize in April 2010. It also won the New Voice category of the 2010 Spinetingler Awards, and was nominated for the 2010 Dilys Award, Anthony Award, Barry Award, and Macavity Award. He also writes under the name Haylen Beck.

Patricia Gibney is an Irish author of crime fiction who sold 100,000 novels in a month for her first crime thriller The Missing Ones

. Gibney is from Mullingar, County Westmeath and has lived there all her life. She spent 30 years working with Westmeath County Council.

When her husband died in 2009 she turned to art and writing, self-publishing a children’s book entitled Spring Sprong Sally. Gibney then started writing crime fiction and created her first novel in that genre. She worked with the Irish Writers Centre to improve her writing.

Eventually she began a second novel and through that acquired an agent and publishing contract with Bookouture. Her novels currently revolve around her main character, Detective Lottie Parker.

Alan Glynn is an Irish writer born in 1960 in Dublin. Glynn studied English literature at Trinity College Dublin. He has won the 2011 Irish Book Award in Crime Fiction category for Bloodland

Barclay studied journalism at university and worked for a period in fashion and beauty journalism as a copywriter in the RTÉ Guide. In 2003, she left the fashion industry to write Darkhouse, the first of two novels featuring NYPD detective Joe Lucchesi.

Her second novel, The Caller, was released in 2007, and Last Call in 2008. She won the Ireland AM Crime Fiction Award at the Irish Book Awards for her third novel, Blood Runs Cold

Brian McGilloway is a crime fiction author from Derry, Northern Ireland. Born in 1974, he studied English at Queens University Belfast, where he was very active in student theatre, winning a national Irish Student Drama Association award for theatrical lighting design in 1996. He is a former Head of English at St. Columb’s College in Derry, but now teaches in Holy Cross College in Strabane.

McGilloway’s debut novel was a crime thriller called Borderlands. Borderlands was shortlisted for a Crime Writers’ Association Dagger award for a debut novel.

In 2007 McGilloway signed with Pan Macmillan to write three crime thrillers in his Inspector Devlin series. The sequel to Borderlands

Olivia Kiernan is an Irish writer, blogger and novelist. She has an MA in Creative Writing, awarded by the University of Sussex and was born and raised in County Meath, Ireland. Her debut novel, Too Close To Breathe

is a crime thriller set in Dublin. Her latest work is titled The Killer in Me

This is actually a duo: Karen Perry is the pen name of Dublin-based authors Paul Perry and Karen Gillece. Together they wrote Girl Unknown

McDonald has written extensively about the Troubles and related issues. He was born in the Irish nationalist Markets area of Belfast and attended St. Malachy’s College. McDonald was formerly involved in Workers’ Party of Ireland, a left-wing party that emerged from Sinn Féin in the early 1970s and was associated with the Official IRA. He travelled to the German Democratic Republic (East Germany) with the youth wing of SFWP in the early 1980s.

Much of his writing concerns paramilitary groups in Northern Ireland, like the Ulster Defence Association (UDA) and Irish National Liberation Army (INLA). He has written a book on the INLA, INLA – Deadly Divisions, which he co-authored with the now deceased Jack Holland. The book was first published in 1994 and has since been re-printed and updated.

More recently, McDonald has written on Ulster loyalist paramilitary groups and has co-authored books on the Ulster Volunteer Force (UVF) and UDA with Jim Cusack. He also wrote a biography of Ulster Unionist Party (UUP) leader David Trimble, a personal biography “Colours: Ireland – From Bombs to Boom” and in 2017, “Martin McGuinness: A Life Remembered”.

He was, for a period, a security correspondent for the BBC in Belfast. During the 1990s he was a staff reporter at Belfast newspaper The Irish News, where he edited the youth pages.

In 2017, he released his first novel, The Swinging Detective