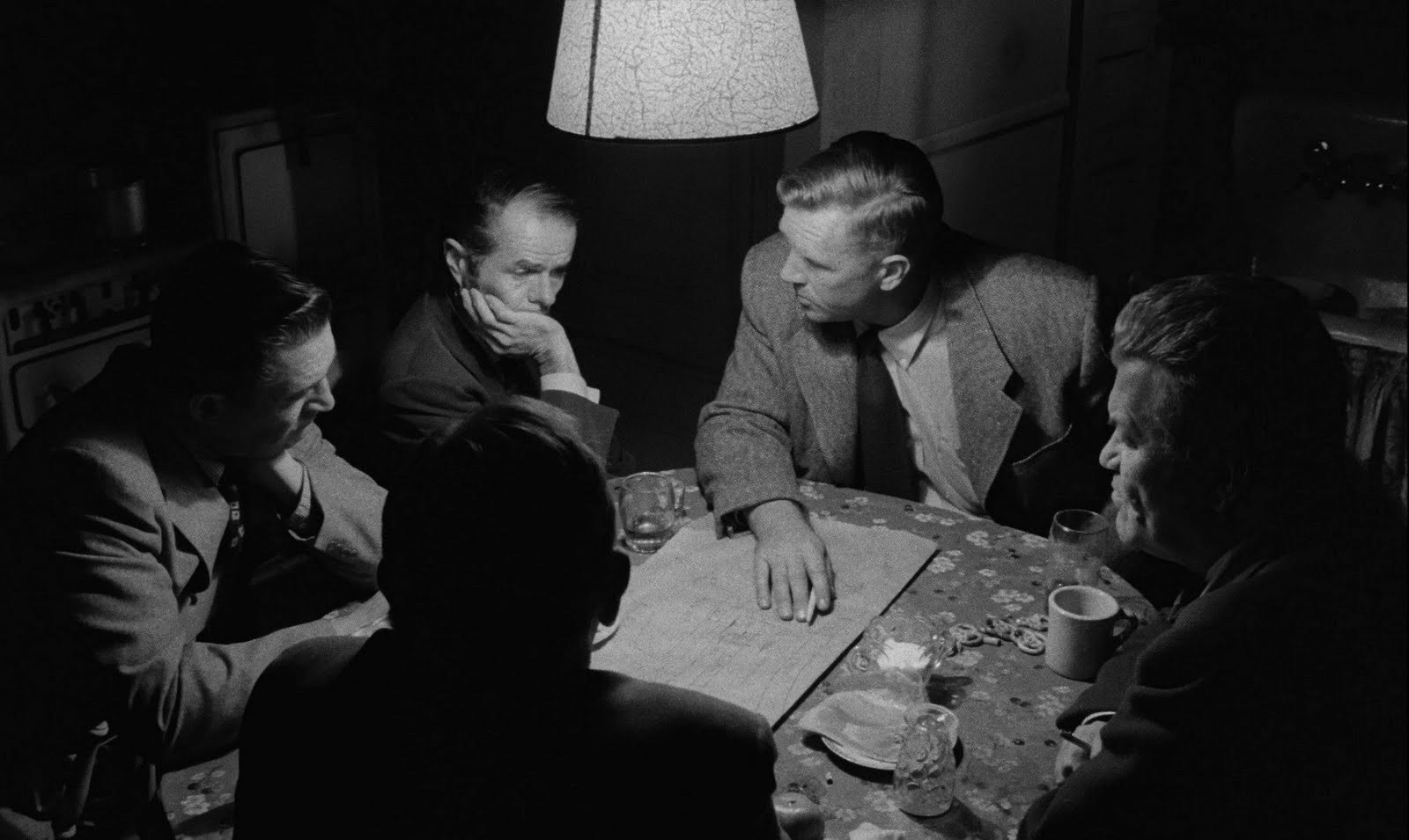 Freshly compiled, our list of 17 best noir movies On Amazon Prime combines our analysis of new, exciting and absorbing shows with feedback and comments of our readers on what shows they have loved the most.

For 2020 spring season and beyond, if you are having difficulty working your way through free Amazon Prime movies, and want to be entertained in a big way, here is your go-to guide. Hopefully our list will make the life easier for you.

Note: For the list of best crime drama, mystery, and thriller shows on Amazon for the year 2020, please visit here.

The Big Combo (1955). Film noir about a police lieutenant who comes under pressure from a gang headed by a vicious thug. He is helped by the gangster’s wife, jealous at her husband’s affair with another woman, who supplies him with information to help him close the net on his foe.

No Man’s Woman (1955). The police have five suspects after a rich man’s (John Archer) scheming wife (Marie Windsor) is found slain in her art studio.

The Killing (1956). An iconic film noir title. The Killing is a 1956 film noir directed by Stanley Kubrick and produced by James B. Harris. It was written by Kubrick and Jim Thompson and based on the novel Clean Break by Lionel White.

But when George tells his restless wife, Sherry (Marie Windsor), about the scheme to steal millions from the racetrack where he works, she hatches a plot of her own.

Farewell My Lovely (1975). Another iconic movie. This neo-noir crime thriller film is directed by Dick Richards and features Robert Mitchum as private detective Phillip Marlowe. The movie is based on Raymond Chandler’s novel Farewell, My Lovely (1940), which had previously been adapted for film as Murder, My Sweet in 1944.

Meanwhile, Marlowe also goes on a routine ransom exchange for a necklace and gets knocked out and framed for murder. He eventually finds the necklace’s owner, blonde bombshell Helen Grayle (Charlotte Rampling) but, more importantly, evidence that the two cases are connected.

This Man is Dangerous (1953). An escaped convict on the run becomes the newest member of the international criminal network. In order to gain the respect of the gang, he gets involved in a plot to kidnap a rich American heiress.

Crossfire (1947). Stark, claustrophobic thriller about an anti-Semitic soldier who kills a Jewish war veteran, evading detection by dint of his loyal friends’ protection. However, a detective is determined that the crime will not go unsolved and sets about laying a trap for the murderer.

Shield For Murder (1954). Corrupt cop Barney Nolan (Edmond O’Brien) is hard up for cash, so he shoots a bookie, relieves him of $25,000 and makes it look like an accident. Unbeknownst to Nolan, however, the entire episode is witnessed by a deaf-mute from across the street.

While Nolan struggles to keep the crime a secret from his girlfriend, Patty Winters (Marla English), a series of loose ends pop up, and Nolan soon learns that, although committing a crime is easy, getting away with it is murder.

Impact (1949). Crime drama about a wealthy industrialist who is presumed dead after an accident engineered by his wife and her lover. However, he is alive – and plotting revenge behind the cover of a newly assumed identity.

Dead Reckoning (1947). War heroes Rip Murdock (Humphrey Bogart) and Johnny Drake (William Prince) are sent to Washington, D.C., by train, but are not told why. During the trip, they learn they’re about to receive top honors for their service.

Johnny, seemingly terrified by the publicity that awaits him, jumps off the train and later turns up dead. Suspecting foul play, Rip begins digging into his pal’s past. He encounters cover-ups, threats to his own life and deadly femme fatale Coral Chandler (Lizabeth Scott).

D.O.A. (1950). This is a fun noir movie. Frank Bigelow (Edmond O’Brien) is about to die, and he knows it. The accountant has been poisoned and has only 24 hours before the lethal concoction kills him.

Determined to find out who his murderer is, Frank, with the help of his assistant and girlfriend, Paula (Pamela Britton), begins to trace back over his last steps. As he frantically tries to unravel the mystery behind his own impending demise, his sleuthing leads him to a group of crooked businessmen and another murder.

The Stranger (1946). Immediately following World War II, ex-Nazi Franz Kindler (Orson Welles) is living under a false identity as a teacher in a small Connecticut town, and has even married the headmaster’s daughter (Loretta Young) as part of his cover.

But when one of Kindler’s old German associates (Konstantin Shayne) arrives unexpectedly in town, bringing in his wake a sly federal investigator (Edward G. Robinson), Kindler resorts to desperate measures to preserve his secret.

In Arizona, Al accepts a ride with Charles Haskell (Edmund MacDonald), but during a storm in a freak accident, Haskell is killed. Frightened, Al assumes Haskell’s identity and car, but soon comes upon the mysterious Vera (Ann Savage), who seems to know all about his true identity.

Repeat Performance (1947). On New Year’s Eve 1946, Broadway actress Sheila Page apparently callously shoots dead her husband Barney. As she leaves the crime scene, she wishes she could play the year over with a different script.

Pitfall (1948). An insurance man’s (Dick Powell) affair with a blonde (Lizabeth Scott) leads to guilt, murder and a confession to his wife (Jane Wyatt).

The Naked Kiss (1964). A former prostitute attempts to assimilate in suburbia after fleeing her pimp. Shortly before her wedding, she finds out that her philanthropic fiance is involved in perversion.

Fear (1946). After killing a loan shark, a poor medical student is riddled with guilt. A detective, aware of his guilt, attempts to manipulate him into confessing.

He Walked By Night (1948). Roy Morgan (Richard Basehart) is a burglar who listens in to radio police calls, allowing him to stay one step ahead of the cops. After Morgan kills a police officer, Sergeants Brennan (Scott Brady) and Jones (James Cardwell) have little success in putting the clues of the case together.

But when Jones is wounded in a shoot-out with Morgan, Brennan employs all facets of detective work, including forensics and informants, to find the elusive and clever criminal.