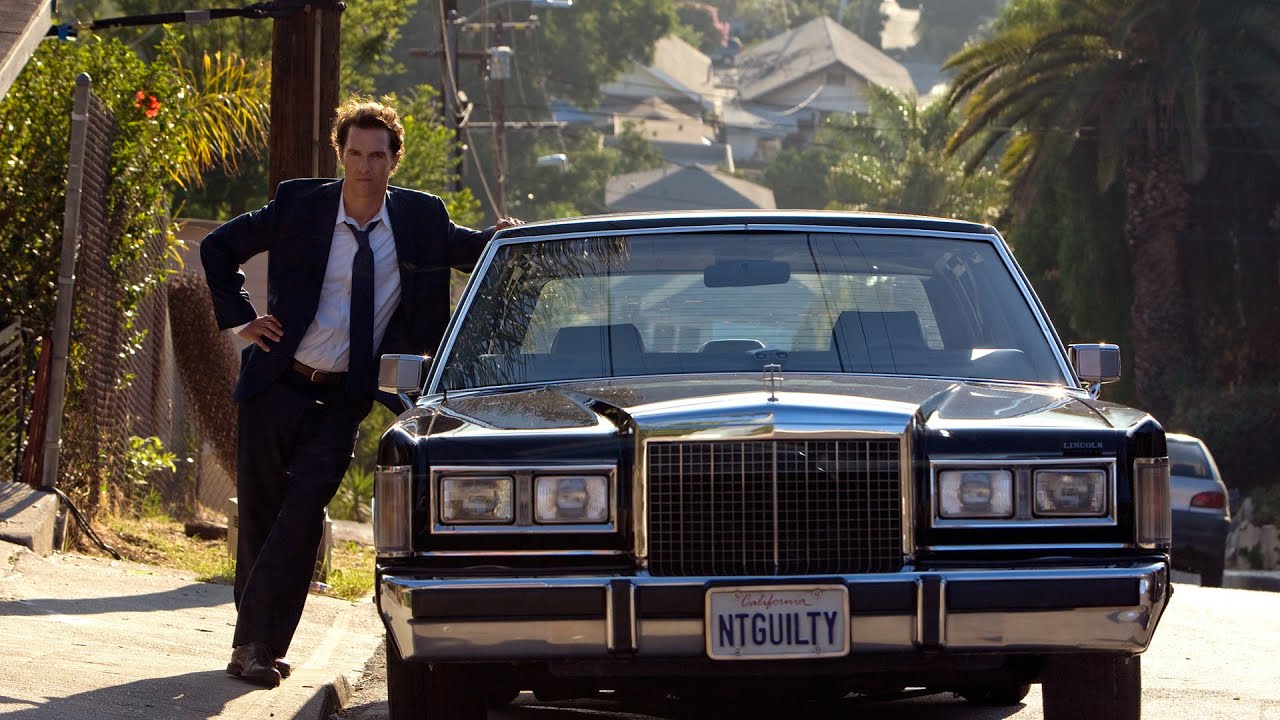 Our list of best Amazon Prime crime and thriller blockbuster movies for 2020 includes classic titles like Sliver as well as all time favorites like The Lincoln Lawyer. 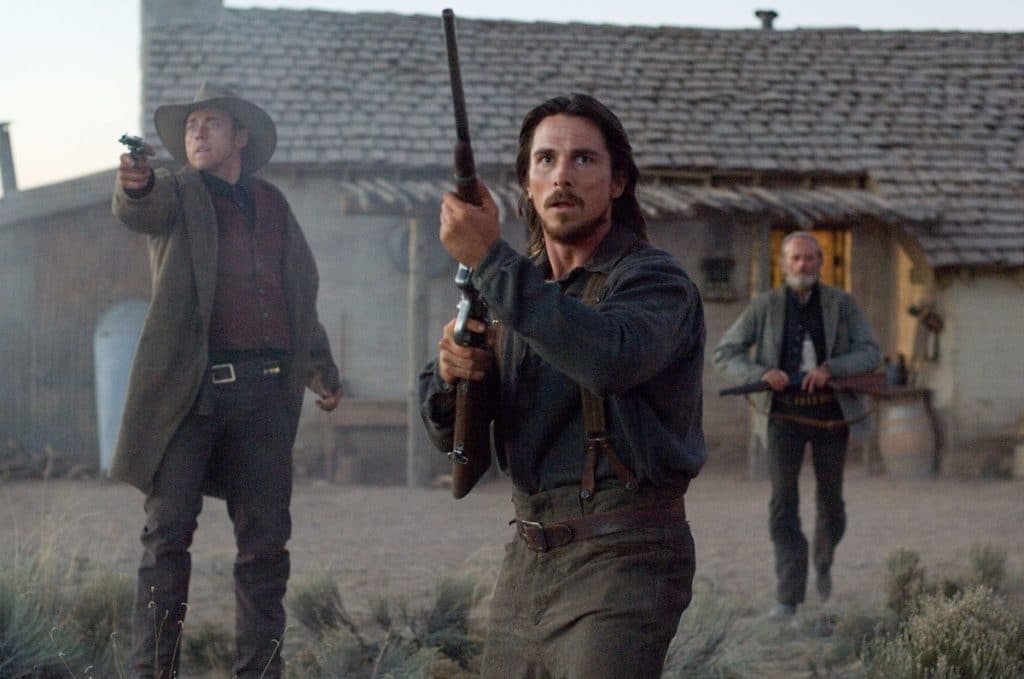 Outlaw Ben Wade (Russell Crowe) terrorizes 1800s Arizona, especially the Southern Railroad, until he is finally captured. Wade must be brought to trial, so Dan Evans (Christian Bale), the owner of a drought-stricken ranch, volunteers to escort him to the train. Along the trail, a grudging respect forms between the men, but danger looms at every turn, and the criminal’s men are in pursuit. 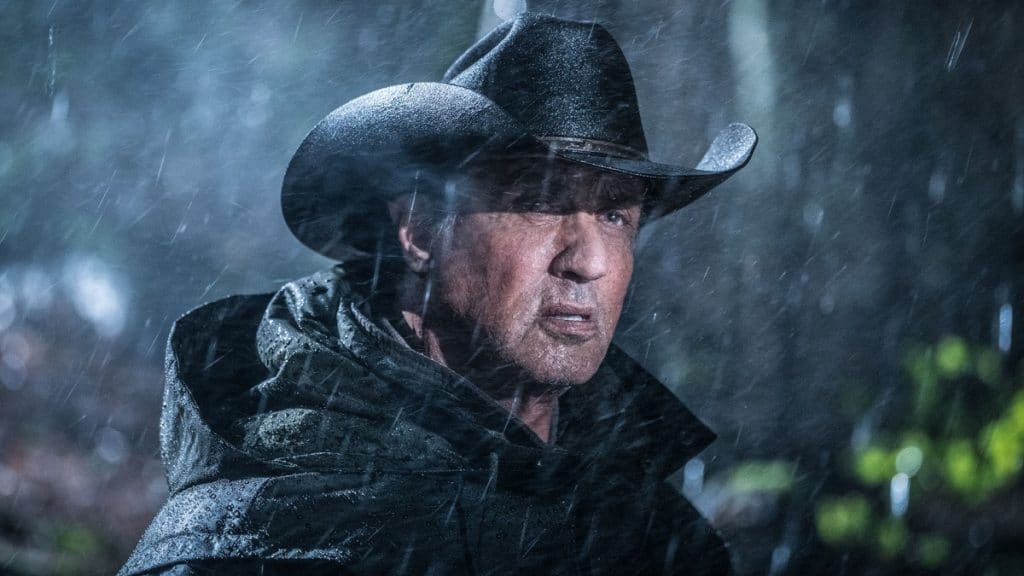 Vietnam War veteran John Rambo tries to find some semblance of peace by raising horses on a ranch in Arizona. He’s also developed a special familial bond with a woman named Maria and her teenage granddaughter Gabriela. But when a vicious Mexican cartel kidnaps Gabriela, Rambo crosses the border on a bloody and personal quest to rescue her and punish those responsible. 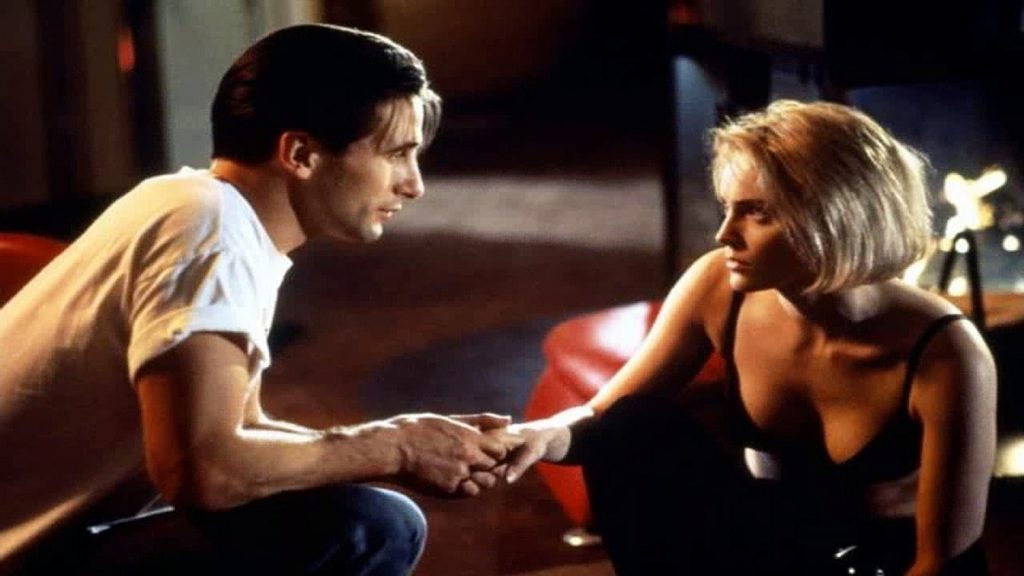 A great 1990s blockbuster thriller. Well-to-do book editor Carly Norris (Sharon Stone) moves into a luxury apartment building before learning that a number of female tenants have been dying in grisly ways, allegedly at the hands of a serial killer. Soon, Norris becomes romantically involved with one of the prime suspects, building owner Zeke Hawkins (William Baldwin). The other suspect is her neighbor, writer Jack Landsford (Tom Berenger). Unsure of whom to trust, Norris must uncover the truth before she is the next victim.

In 1979 Ohio, several youngsters (Elle Fanning, Joel Courtney, Gabriel Basso) are making a zombie movie with a Super-8 camera. In the midst of filming, the friends witness a horrifying train derailment and are lucky to escape with their lives. They soon discover that the catastrophe was no accident, as a series of unexplained events and disappearances soon follows. Deputy Jackson Lamb (Kyle Chandler), the father of one of the kids, searches for the terrifying truth behind the crash.

Ethan Hunt and the IMF team join forces with CIA assassin August Walker to prevent a disaster of epic proportions. Arms dealer John Lark and a group of terrorists known as the Apostles plan to use three plutonium cores for a simultaneous nuclear attack on the Vatican, Jerusalem and Mecca, Saudi Arabia. When the weapons go missing, Ethan and his crew find themselves in a desperate race against time to prevent them from falling into the wrong hands. 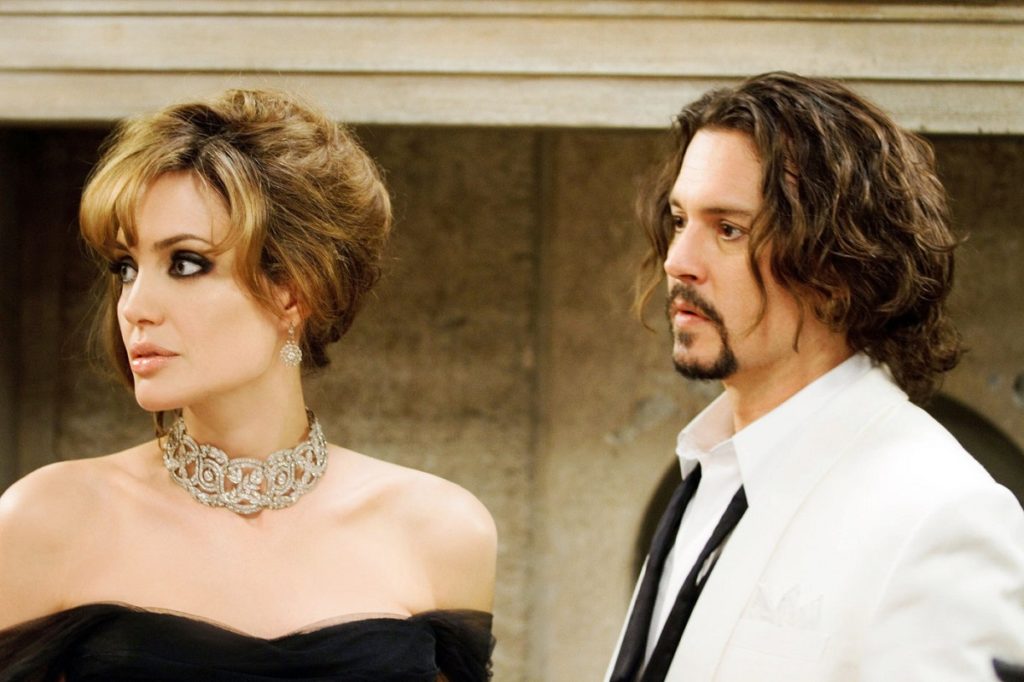 During an impromptu trip to Europe to mend a broken heart, math teacher Frank Tupelo (Johnny Depp) finds himself in an extraordinary situation when an alluring stranger, Elise (Angelina Jolie), places herself in his path. Their seemingly innocent flirtation turns into a dangerous game of cat and mouse while various people, who all think that Frank is Elise’s thieving paramour, Alexander Pearce, try to capture the pair.

Dom Cobb (Leonardo DiCaprio) is a thief with the rare ability to enter people’s dreams and steal their secrets from their subconscious. His skill has made him a hot commodity in the world of corporate espionage but has also cost him everything he loves. Cobb gets a chance at redemption when he is offered a seemingly impossible task: Plant an idea in someone’s mind. If he succeeds, it will be the perfect crime, but a dangerous enemy anticipates Cobb’s every move.

Gordon Jennings (Idris Elba) and his friends enjoy a luxurious lifestyle funded by bank robberies, and they avoid capture by sticking to a strict set of rules. As they celebrate the latest job, a former associate arrives with a daring plan to rob an armored car. The lure of so much cash is too tempting to resist but, unbeknown to Gordon’s men, this heist puts them on a collision course with Russian mobsters and a detective (Matt Dillon) who will do anything to capture them.

When a massive hurricane hits her Florida town, young Haley ignores the evacuation orders to search for her missing father, Dave. After finding him gravely injured in their family home, the two of them become trapped by the rapidly encroaching floodwaters. With the storm strengthening, Haley and Dave discover an even greater threat than the rising water level — a relentless attack from a pack of gigantic alligators.

Another blockbuster movie starring Tom Cruise. The Top Gun Naval Fighter Weapons School is where the best of the best train to refine their elite flying skills. When hotshot fighter pilot Maverick (Tom Cruise) is sent to the school, his reckless attitude and cocky demeanor put him at odds with the other pilots, especially the cool and collected Iceman (Val Kilmer). But Maverick isn’t only competing to be the top fighter pilot, he’s also fighting for the attention of his beautiful flight instructor, Charlotte Blackwood (Kelly McGillis).

After surviving an assault from a squad of hit men, retired CIA agent Frank Moses (Bruce Willis) reassembles his old team for an all-out war. Frank reunites with old Joe (Morgan Freeman), crazy Marvin (John Malkovich) and wily Victoria (Helen Mirren) to uncover a massive conspiracy that threatens their lives. Only their expert training will allow them to survive a near-impossible mission — breaking into CIA headquarters. 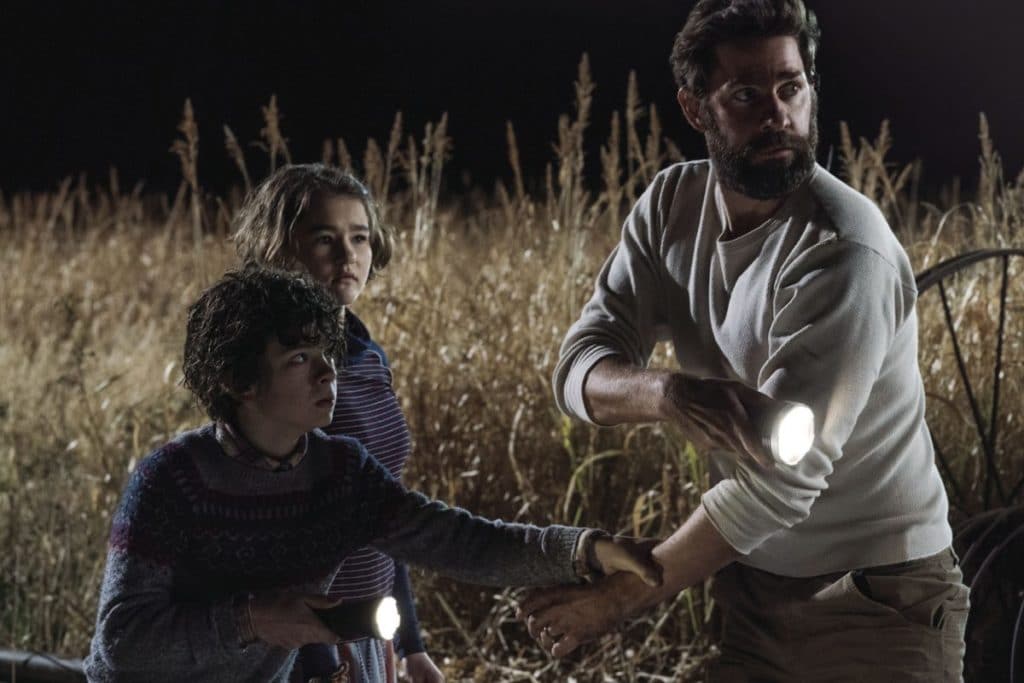 If they hear you, they hunt you. A family must live in silence to avoid mysterious creatures that hunt by sound. Knowing that even the slightest whisper or footstep can bring death, Evelyn and Lee are determined to find a way to protect their children while desperately searching for a way to fight back.

Another blockbuster movie featuring Sylvester Stallone. In 1985, Russian boxer Ivan Drago killed former U.S. champion Apollo Creed in a tragic match that stunned the world. Against the wishes of trainer Rocky Balboa, Apollo’s son Adonis Johnson accepts a challenge from Drago’s son — another dangerous fighter. Under guidance from Rocky, Adonis trains for the showdown of his life — a date with destiny that soon becomes his obsession. Now, Johnson and Balboa must confront their shared legacy as the past comes back to haunt each man.

A blockbuster movie starring Nicolas Cage. Fifty years after it was buried in a time capsule, a schoolgirl’s cryptic document falls into the hands of Caleb Koestler, the son of professor John Koestler (Nicolas Cage). John figures out that the encoded message accurately lists every major disaster from the past five decades, and predicts three future calamities — one a global cataclysm. When his warnings fall on deaf ears, John enlists the help of the prophetic author’s daughter and granddaughter to try to avert the ultimate disaster. 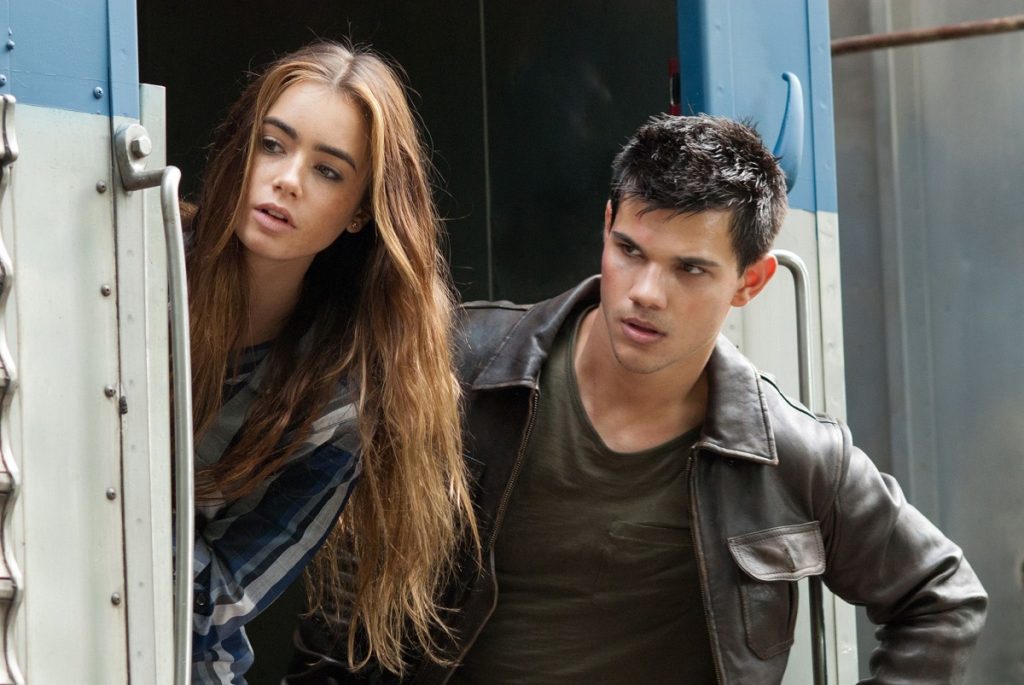 For many years, Nathan Harper (Taylor Lautner) has had the uneasy feeling that life with his family isn’t quite what it seems. His fears come true when he finds a picture of himself as a youngster on a missing-persons website, proof that the people he’s called mom and dad his whole life are not his real parents. As he draws close to uncovering his true identity, Nathan becomes the target of assassins, forcing him to flee with his neighbor, Karen (Lily Collins), the only person he can now trust.

Our favorite blockbuster movie in this edition. Mick Haller (Matthew McConaughey) is a charismatic defense attorney who does business out of his Lincoln Continental sedan. Mick spends most of his time defending petty crooks and other bottom-feeders, so it comes as quite a surprise when he lands the case of a lifetime: defending a Beverly Hills playboy (Ryan Phillippe) who is accused of attempted murder. However, what Mick initially thinks is an open-and-shut case with a big monetary reward develops into something more sinister.